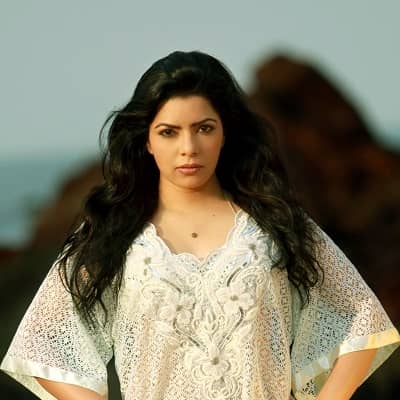 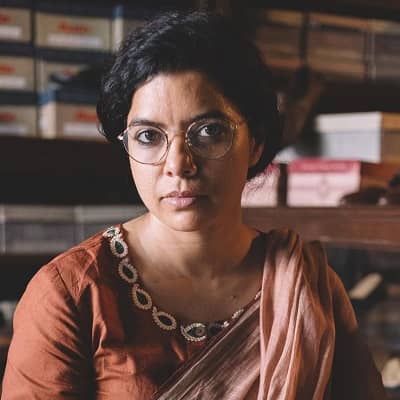 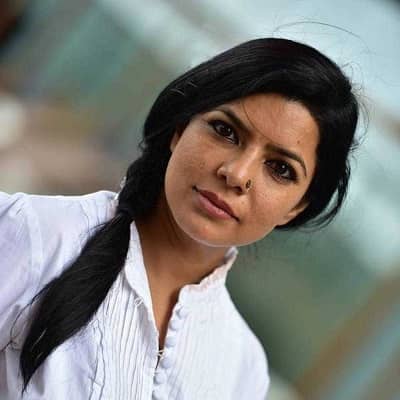 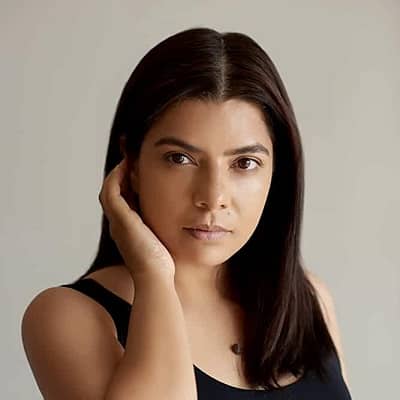 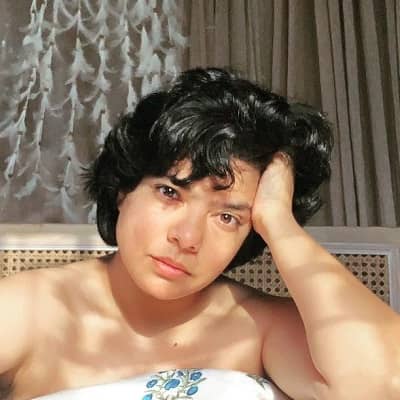 Rajshri Deshpande was born on 14 October 1982 and she is currently 40 years old. She hails from Aurangabad, Maharashtra, and her zodiac sign is Libra. Talking about her family, she has two elder sisters – one is a doctor and another is a teacher.

Later on, she received her diploma in filmmaking from Whistling Woods International located in Mumbai. Moreover, she is also a trained Kathakali dancer. 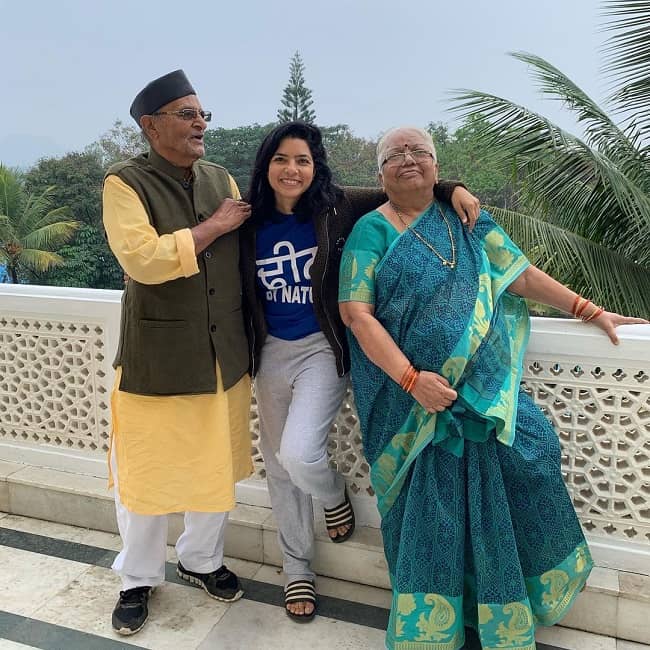 Caption: Rajshri Deshpande posing for a photo with her parents. Source: Instagram

Professionally, Rajshri Deshpande is an actress. She is also famous for being an activist. This actress gained widespread fame after she played the role of Laxmi in Angry Indian Goddesses by Pan Nalin. This film received the place of the 1st Runner Up at the People’s Choice Award that was held at the Toronto International Film Festival. This film also received the People’s Choice Award at the Rome Film Festival.

Likewise, she also played the role of Durga in Sexy Durga by Sanal Kumar Sasidharan. For this role, the actress bagged the Hivos Tiger Award at the Rotterdam Film Festival. Moreover, people also recognize her for playing the role of Manju McMafia that aired on BBC One. The project’s director is James Watkins and it was released in January 2018.

Talking about the beginning of her acting career, her Bollywood debut was in the year 2012 with a small role in Talaash. The lead actor in this project is Aamir Khan. The actress subsequently appeared on the TV screen in the year 2013. In the said year, she appeared in serials like Kuch Toh Log Kahenge and 24: India.

With the movie Kick that stars Salman Khan, the actress returned to the big screen. She has also appeared in the Malayalam film called Haram in the year 2015. In this project, she portrayed a double role. 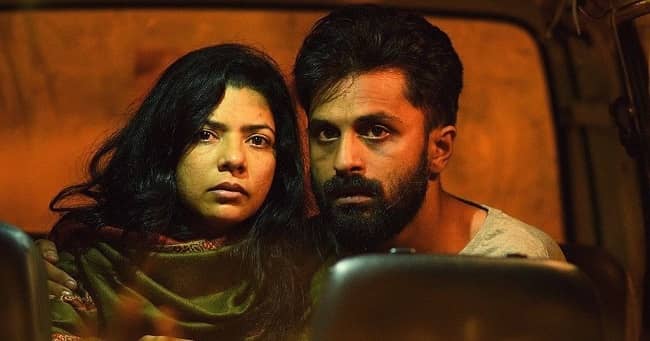 Caption: Rajshri Deshpande in a scene for the movie Sexy Durga. Source: The Quint

Besides being an actress, she is also popular for working for humanitarian causes. The actress worked with an international NGO in one of the villages after the 2015 Nepal earthquake. The same year, she also adopted Pandharia, a drought-prone village in the Marathwada region of Maharashtra.

This encouraged the actress to adopt another village in the same region. Then in the year 2018, the actress created the Nabhangan Foundation. She created this foundation to broaden her efforts towards sustainable village development. In recent years, the actress has become a core member of Citizens for Tomorrow. It is an NGO by actress Juhi Chawla which works against plastic pollution. 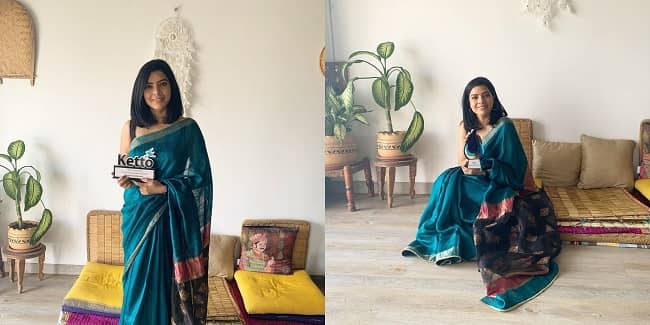 Rajshri Deshpande’s husband is Nawdeep Puranik. In an Instagram post she shared on the occasion of her husband’s birthday in August 2021, the actress revealed the two have known each other for 21 years. In the same post, the actress also mentioned that her husband comes from a small town in Raipur and has also worked in a corporate firm as a country head.

After taking a break from work, her husband studied at IIM Ahmedabad and now pursues Ph.D. in Policy Making. Likewise, in another post shared in July 2021, the actress revealed that the two have been together for 14 years, which might include dating each other as well as their marriage life. 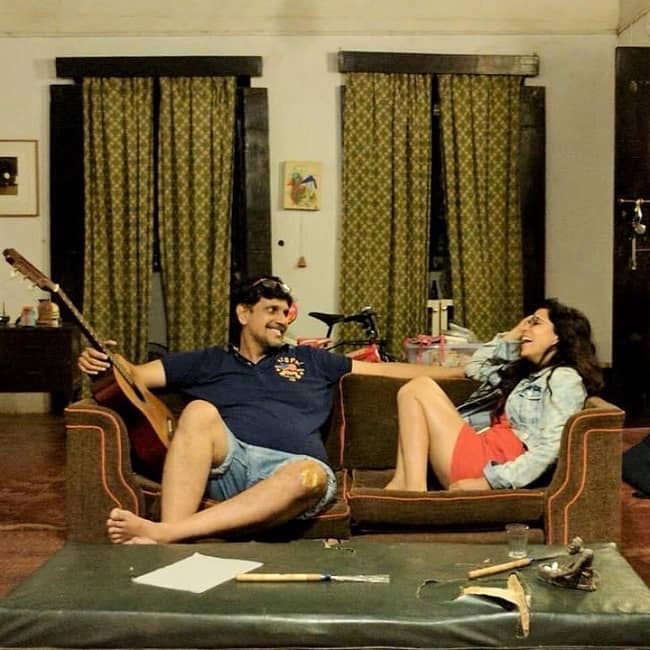 Rajshri Deshpande’s height is around 5 feet or 152 cm and her weight is approximately 51 kgs or 112 lbs. Likewise, the actress’ chest-waist-hip measures are 34-26-36 inches respectively and her shoe size is 5.5. Further, this prominent actress has dark brown eyes and black hair.

Talking about her social media presence, Rajshri Deshpande joined Twitter in February 2010 and so far has over 12.3K followers on her @rajshriartist account. Likewise, she is available on Instagram under the username @rajshri_deshpande and so far has more than 85.2k followers.

Other than this, the Indian actress doesn’t seem to be available on other platforms. Moving on, the actress has a net worth of approximately Rs. 4.55 Crores Indian rupees, which is equivalent to approximately $45 million US dollars.