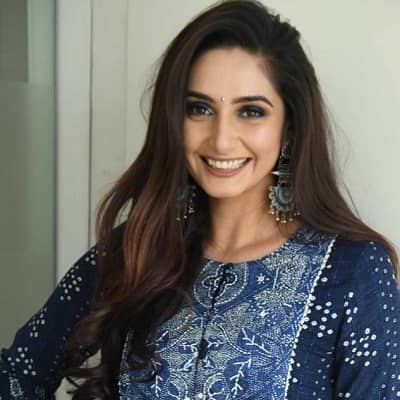 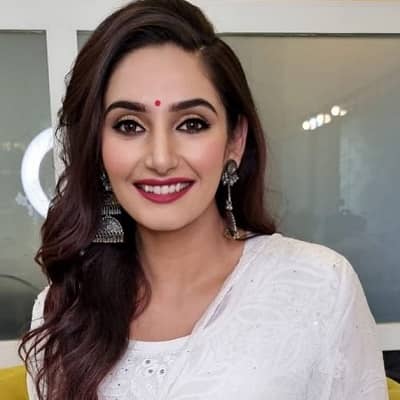 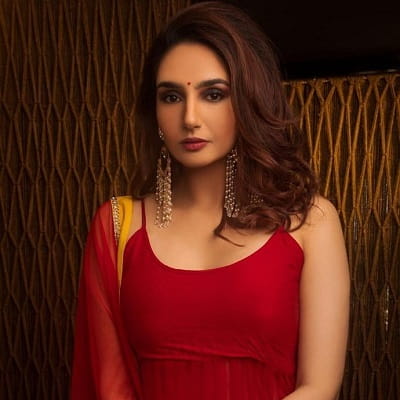 Ragini Dwivedi came to this world on 24 May 1990. Her hometown is in Mhow, Madhya Pradesh, India. Ragini is presently 32 years old and her birth sign is Gemini. Likewise, she was born in a Punjabi family. Though she was born in Mhow, Ragini has her roots in Rewari, Haryana, India. Therefore, her father was born in Rewari.

Speaking of her family background, Ragini’s father’s name is Rakesh Kumar Dwivedi who was a Colonel in the Indian Army. And, her mother’s name is Rohini who is a housewife. Furthermore, her paternal grandfather’s name is Pyare Lal Dwivedi and he was a railway guard in Rewari. Ragini has a brother named Rudraksh Dwivedi.

Ragini attended Delhi Public School, Banglore. Then, she joined Indo Asian Academy, Bengaluru. There, she graduated in Journalism and Mass Communication. Additionally, Ragini’s hobbies are cooking and listening to music. 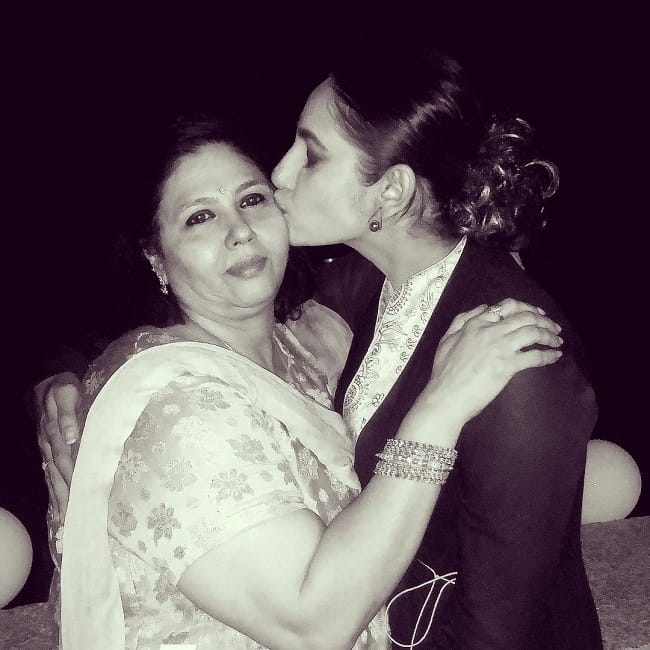 Moreover, in the 2008 Femina Miss India South contest, Ragini was the runner-up. Also, at the 2009 Pantaloons Femina Miss India contest, she won the Richfeel Femina Miss Beautiful Hair award. Similarly, in 2009, Ragini did her acting debut in the Kannada film ‘Veera Madakari.’ And, that movie became a major commercial success of the year.

Ragini featured in the film ‘Gokula’ in a brief role in the same year. And, in the following year, she appeared in 5 films out of which her Malayalam debut ‘Kandhahar’ was one. In the year 2011, Ragini’s career came to a peak with the action film ‘Kempegowda.’ For her work in the movie, Ragini earned a nomination in the South Filmfare awards as a best female leading actress.

That same year, she was in comic capers like ‘Kalla Malla Sulla’ and ‘Kaanchaana.’ Likewise, in the year 2012, she appeared in films in ‘Aarakshaka’ and ‘Shiva.’ Ragini got the award for the best actress in the critics’ category for her role in Shiva. Further, they also highly appreciated Ragini’s role in Arakshaka.

In the same year, her movie ‘Villain’ was also released. Then, she starred in a Malayalam language film ‘Face2Face’. Ragini made special appearances in the films ‘Victory’ and ‘R… Rajkumar.’ 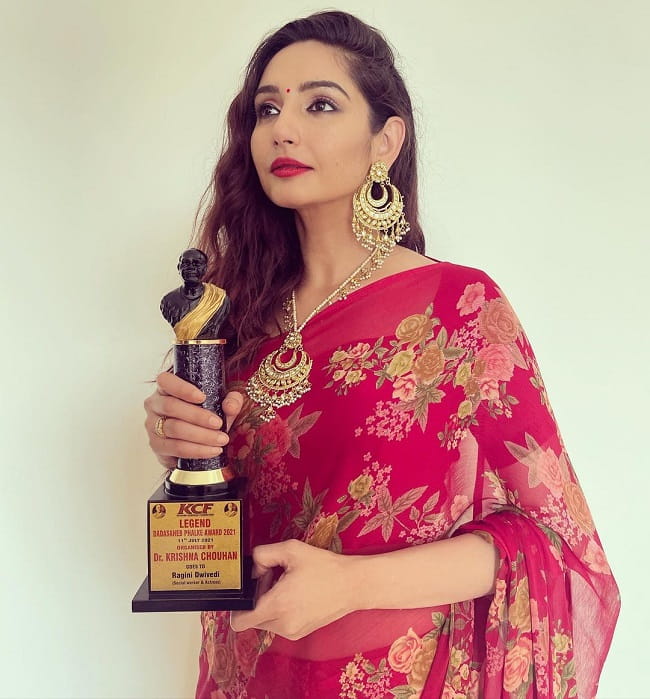 In 2014, she had her first Telugu movie, ‘Nimirndhu Nil’ in Tamil language and ‘Janda Pai Kapiraju’ in Telugu. Then, ‘Ragini IPS’ was released in the same year. Therefore, the movie earned her second Filmfare Award for Best Actress nomination. Following, she appeared in ‘Namaste Madam’, a remake of the 2002 Telugu film ‘Missamma.’ In the year 2015, her movie ‘Shivam’ was released.

Apart from her acting and modeling career, she is active in off-screen works too. Therefore, Ragini has been endorsing Nandini Milk since 2011, which is a product of the Karnataka Milk Federation. Additionally, after actress Khushbu, Ragini is the only Indian actress to have a fan club named after her.

Likewise, in 2015, she was made the brand ambassador of the Times Asia Wedding Fair. Moreover, Ragini received the award for “Most Promising Face of Indian Cinema” from the India Leadership Conclave in Mumbai.

Ragini is eager about the environment and is the brand ambassador of ‘Hubballi Dharwad Municipal Corporation’ for the clean city campaign. Ragini has spoken about the UV Index, alarming levels of UV, and the need for environmental initiatives. 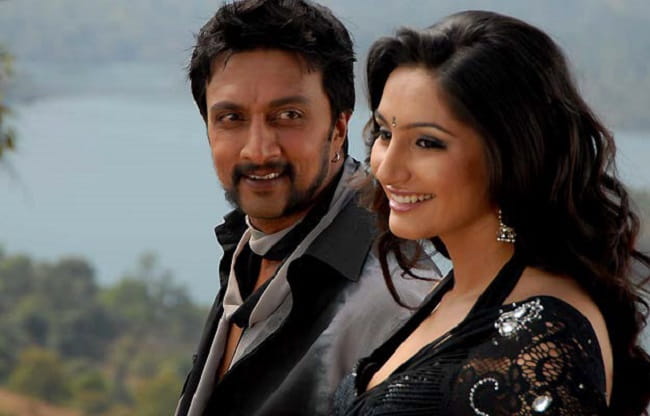 The Central Crime Branch (CCB) of Bengaluru arrested Ragini and her ex-boyfriend – Ravi Shankar – on September 4, 2020. The arrest was for Ragini’s involvement in drug trading in the Kannada film industry. Moreover, on September 2, 2020, the CCB office sent a notice to Ragini to appear in the CCB office.

And, she sent a team of lawyers to the CCB office and asked them to give the time for the next 2 days. However, after a search warrant was issued, a team of the CCB raided her place and she was arrested. Further, authorities extended Ragini’s police custody for 3 days on September 11, 2020.

Ragini was rumored to be dating real estate businessman, Shivaprakash. Also, there was a rumor that said Ragini was dating Ravi Shankar. However, there is no news about it. Therefore, there is no information regarding Ragini’s current boyfriend. However, her social media updates also don’t give a hint about her relationship.

Ragini stands tall at a height of 5 feet 4 inches and her weight is around 53 kilos. She has a slender and appealing body figure. Therefore, her chest-waist-hip measurements are 36-26-34 inches respectively. Her shoe size is 6 (US). Furthermore, Ragini has pretty big dark brown eyes and her hair is also of dark brown color.

Ragini has gained over 439K followers on her ‘@rraginidwivedi’ Instagram page. Her ‘@raginidwivedi24’ Twitter has earned over 154.9K followers. Similarly, her ‘Ragini Dwivedi – RD’ YouTube channel has gathered over 1.32K subscribers.

Ragini has successfully gained a name and frame in the entertainment sector. Also, concerned people also recognize her for her social work. However, her net worth as of 2021 is unknown as she has not publicly announced it.