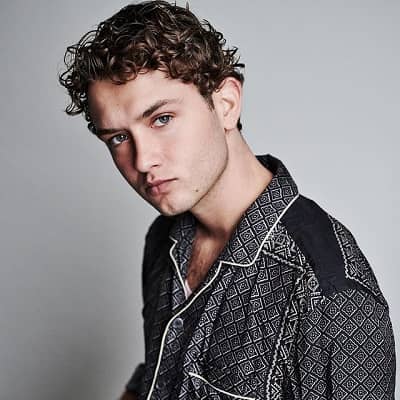 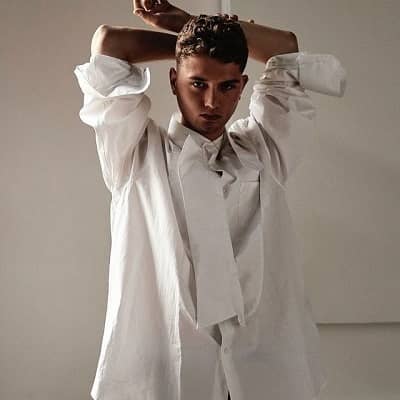 Rafferty Law is a famous model, musician, celebrity kid, and entrepreneur who hails from England. Rafferty Law is also popular as the son of the popular actor, Jude Law and his former wife, Sadie Frost.

Rafferty Law’s birthdate is 6th October 1996 and his birthplace is England. His full name is Rafferty Jellicoe Frost Law and is of English ethnicity. He also is an English citizen who has been following the Christian religion. Likewise, the age Law is twenty-six years old as of 2022, and his zodiac sign is Libra. The name of his parents is his father, Jude Law, and his mother, Sadie Frost. Law’s father is a celebrity whereas his mother is a famous designer. His parents, unfortunately, parted away in the year 2003. Rafferty also has a small brother whose name is Rudy Law.

He also has sisters whose names are Sophia Law, Ada Law, and Iris Law. Among his siblings, Rafferty is the eldest child of his parents. Being the child of a celebrity, he must have had a good and luxurious childhood. However, he has always been a secretive person who keeps most of his personal information private. As for his educational background, Law is a high school graduate and a well-educated person. He went to high school and college which are located in London. 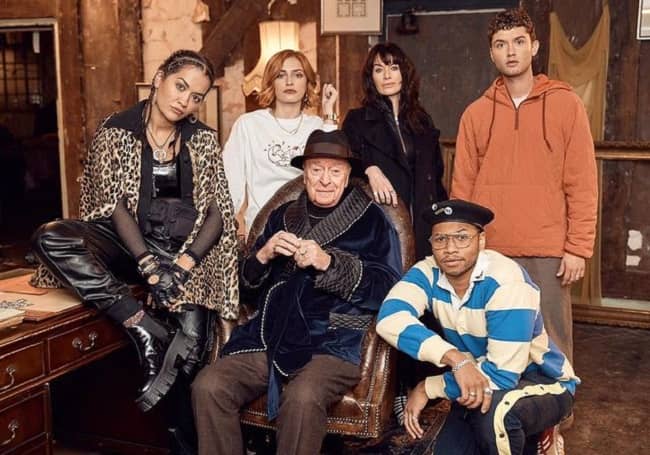 Apart from his professional career and life, Rafferty has also been quite active in other activities. He loves playing football, traveling, sketching, and even partying with his friends in his free time. Likewise, Law loves listening to and making music most of the time in his life. As for the colors, his favorite color is blue. The English musician seems to be very close to his friends and father. Law spends most of his time with his friends going out clubbing, DJing, and chilling. Additionally, his favorite actor is his father, Jude Law. The English model even smokes and drinks frequently. He has his distinctive style and sense which makes him more special.

Rafferty Law is a fashion and runway model professionally from England. He made his first appearance as a model in June 2014 on the runway that took place at the DKNY menswear show. Law went on to make his career very early. Likewise, the English model has started modeling for Effra London. The model has gained representation along with Select Model Management. Rafferty plays guitar and sings together with Marley Mackay. He together with his friends has also performed forming a band, the Dirty Harry’s with Raff.

The band produces the raw English Blues and Rock & Roll duo where Law was the vocalist and guitarist. Law was placed in the list of the “Best Dressed Men in Britain” by GQ. In the year 2016, the English musician was present at the Burberry AW16 show. It happened in London and he was there together with Gabriel Day-Lewis and Brooklyn Beckham. Moreover, he is one of the establishing members of the event management firm, “Something to Hate”. As of now, Rafferty has become a familiar runway appearance.

The musician has also been planning to begin his record label and create music. It was his parents who motivated him to get into the music field. Furthermore, the composition’s inspiration for him is the famous bands such as Nirvana, The Beatles, and Happy Mondays &. Other than his work and profession, Law is more popular as the son of the celebrity, Jude Law. Being the child of a famous personality, Rafferty has become a famous person since the day he was born. 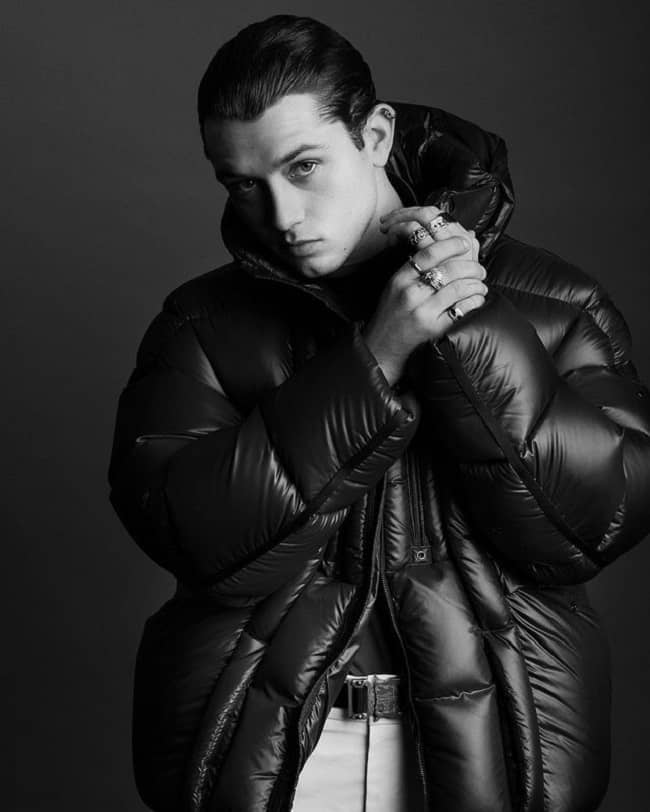 Rafferty Law has been making a good income from his hard work and the support of his parents. He has an amazing net worth of between $1 million to $5 million. The primary source of Law is from his professional career as a famous model, musician, and entrepreneur. Moreover, Rafferty has inherited some of the wealth from his father, Jude Law being his son. He has been living a luxurious and happy life to this day without facing any financial problems.

Rafferty has been quite famous for his relationships too. He once helped Rita Ora at public events. After seeing this incident, the news about their relationship got all over the internet. According to some resources, the beautiful couple got to meet each other for the first time while recording Twist film. The English actor has gotten into other several rumors such as dating famous people. Ella Dallaglio and Molly Moorish are some of them.

Likewise, the actor has also got together with Clementina Liniers. Both of them are rumored couples but often look like they are together now. Moreover, Law and Linieres love spending most of their time with each other for now. However, the actor has not it is not sure if Rafferty is dating anyone and has a serious relationship. Other than just the several rumors about him dating famous personalities, Law has never been in any other controversies. For now, Jude’s son has been more focused on his career rather than on being in relationships. 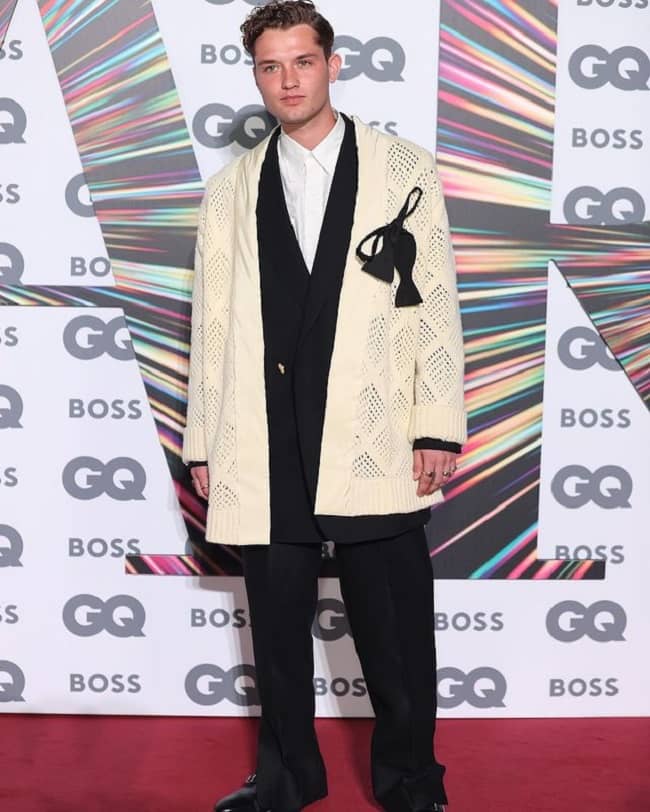 Regarding the body measurements of Rafferty, he has a good height of 5 feet 9 inches or else 176 cm or 1.76 cm. Law even has a suitable bodyweight of around 154 lbs or 70 kg. Similarly, his biceps size is 12 inches and he has been wearing a shoe size of 8.5 UK. The English model’s body measurements are 33 inches, 28 inches, and 35 inches. He also has a pair of beautiful green eyes with a fair complexion and dark brown short hair. Moreover, the English musician has some tattoos on his hands and shoulder.

Talking about his presence on social media platforms, Law has been highly active there for a long time now. Law has an Instagram account where he has already earned 70.6 thousand followers. Likewise, the English model has Twitter and Facebook accounts with less than two hundred followers. It seems like, Law has been active on his Instagram account only for now and not on other social media accounts. Half of the credit for Law’s success and recognition goes to his hard work and half goes to his parents.