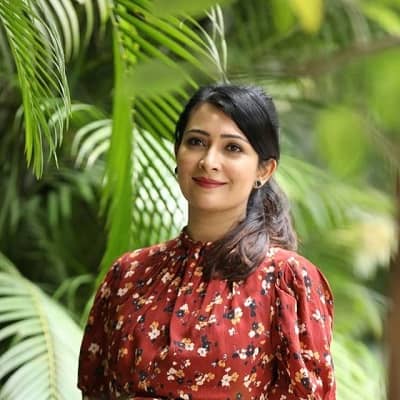 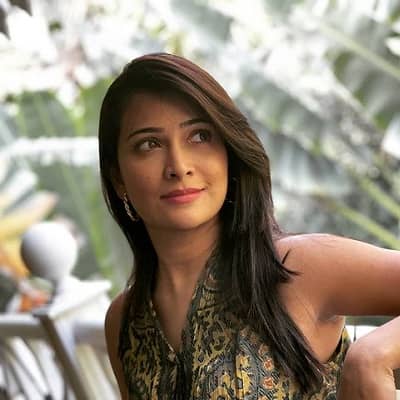 Radhika Pandit is an actress, model, and also social media personality who hails from Bangalore, India. Pandit rose to fame after working in Kannada language-based films and TV shows.

Radhika Pandit’s birthdate is March 7, 1984, and her birthplace is Bangalore, Karnataka, India. As of 2022, her age is thirty-eight years old and her zodiac sign is Pisces. Likewise, the actress holds an Indian nationality, has been following Hinduism and is of Asian ethnicity. Name of her father is Krishnaprasad Pandit who has been working at an insurance company. On the other side, name her mother is Mangala Pandit who is just a housewife. She also has a brother whose name is Gourang Pandit.

Her father is of Chitrapur Brahmin descent wherever her mother is of Goan descent. As for her, the actress is of Saraswat Brahmin descent. Regarding her educational background, she first went to Cluny Convent High School which is in Malleswaram, Bangalore. Then, she went to Mount Carmel College of the same place for her higher education. Overall, she has received a Bachelor’s degree in Commerce. She was also doing MBA which she cut off after becoming a famous superstar. 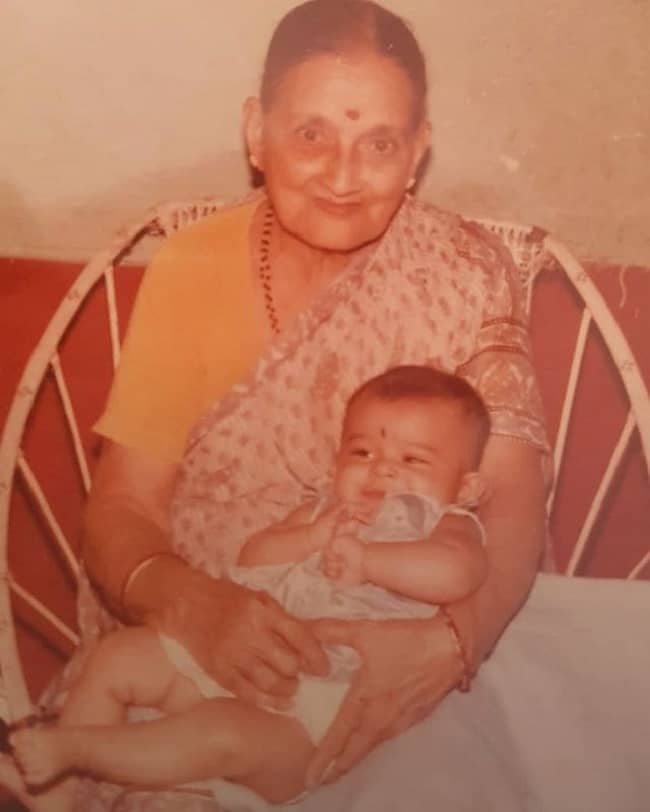 Mrs. Pandit has an impressive amount of money from her professional entertaining career. Radhika’s recent estimated net worth is about 11.9 crores as of 2021. Similarly, the Southern Indian actress earns about Rs. 50 lakhs after working on each project. Her primary source of income is from her professional career as a South Indian actress, TV personality, and social media personality. Moreover, she is considered to be one of the top-paid actresses in the Kannada entertainment industry.

First, she got the role of Chanchala act in the movie, “Moggina Manasu” in the year 2008. The actress worked in two films, “Olave Jeevana Lekkachaara”, and “Love Guru” as Rukmini and Kushi both in the year 2009. In the year 2010, she got an opportunity to work on two other films, “Krishnan Love Story”, and “Gaana Bajaana” with the roles of Geetha and Radha (Radhe). Likewise, she was a part of the 2011 film, “Hudugaru” as Gayathri. In the year 2012, the actress got several chances to work in several movies.

Those movies are “Halemari”, “Breaking News”, “Addhuri”, “18th Cross”, “Sagar”, and “Drama”. In the film, “Drama”, the actress worked as a playback singer for the song, “Drama Hitavachana”. She then got the roles of Uma and Preethi to act in the 2013 films, “Kaddipudi”, and “Dilwala”. Her other credits are “Bahaddur”, “Mr. and Mrs. Ramachari”, “Endendigu”, “Zoom”, “Doddmane Hudge”, and “Santhu Straight Forward”. Recently, the actress has been present in the 2019 movie, “Aadi Lakshmi Purana” as Lakshmi.

Additionally to her profession, Radhika has been a part of some other projects. In a Bangalore Times poll of the year 2015, the actress was chosen to be one of the most famous artists in the Kannada entertainment industry. Again, in Vijaya Karnataka’s poll of the year 2016, the actress was chosen as the most famous artist. Between the years 2013 and 2014, she and Puneeth Rajkumar served in the position of brand ambassador for the Right to education. She has also endorsed several brands like KLF Nirmal Coconut oil and Orra Jewellery.

Pandit was also present at Gillette’s Shave India Movement. The actress does modeling too and is a huge face all over social media platforms. She has been working hard and has equally achieved numerous honors and awards. From the starting year of her professional acting career, she has been winning awards and getting nominations to this time. Recently, the actress got a nomination for the Filmibeat Award as the Best Actress for her work in Äadi Lakhsmi Purana” in the year 2020. 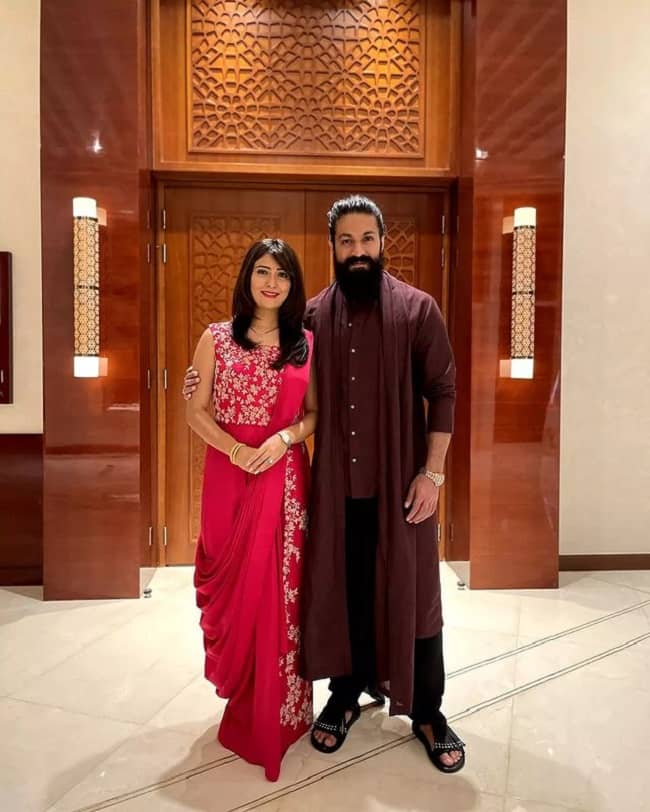 Caption: Radhika Pandit with her husband at an event (Source: Instagram)

The Indian actress now is in a happy marital relationship with the actor, Yash (Naveen Kumar Gowda). Yash is regarded to be the highest-paid actor who has been working in the Kannada film industry. They got to meet each other for the first time while shooting for the TV series, “Nandagokula” of the year 2007. Since then, both amazing actors have been working together in numerous Kannada movies and TV serials. The beautiful Indian couple eventually tied a knot on 9th December 2016, in India. Yash and Radhika kept their romantic relationship private all this time.

It was in 2016 after their engagement that the couple’s relationship caught everyone’s eye. Both of them are very proud of each other and support each other’s work. Moreover, the couple has been supporting the farmers by getting together with the Yasho Marga Foundation. In December 2018, their beautiful daughter, Ayra came into this world. After then, their son, Ayush was born in October 2019. Other than this, Mrs. Pandit has never been a part of any scandals or controversies. She knows what she should be doing and how to keep herself far from unwanted controversies. 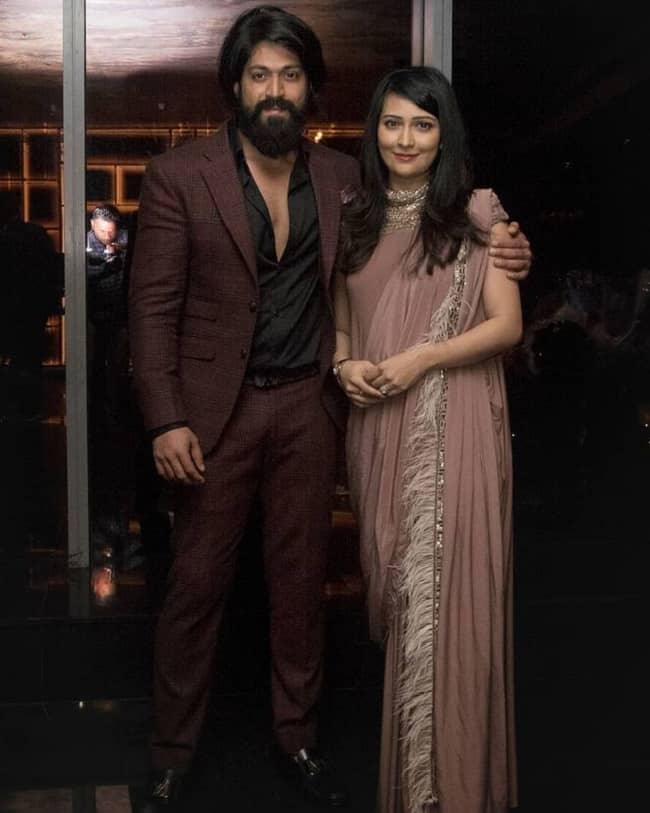 Regarding her body measurement, she has a good height of 160 cm or 1.60 m or 5 feet 3 inches. The Indian actress has a slim body type with a body weight of around 50 kg or 110.23 lbs. Similarly, her body measurements are 32 inches, 28 inches, and 34 inches. Her bra cup size is 33 B and she has been wearing a shoe size of 8 US. As an actress, she maintains her body and physical health very well and has an attractive body type. Furthermore, Mrs. Pandit has a fair complexion with a pair of beautiful Brown eyes and long black hair.