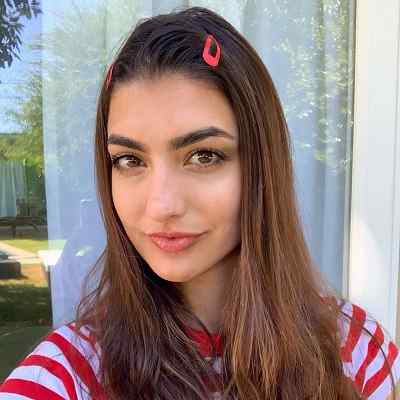 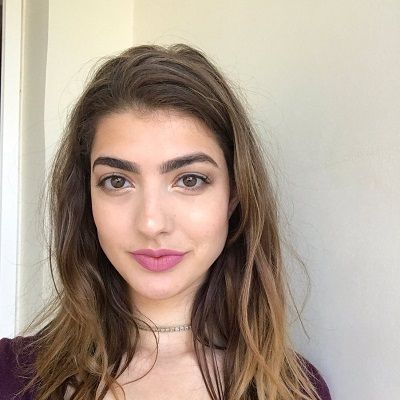 Rachel Levin was born in Philadelphia, Pennsylvania, USA, on February 24, 1995. Her current age is 27 years and her zodiac sign is Pisces. She holds the American nationality.

No information about her parent’s names is available at the moment. However, the information that her father is a physician while her mother is a lawyer is available. She has five siblings and among them two are step-siblings. One of her sister’s names is Daniella Levin who has appeared on her “Sister Tag” video and can be often seen in other videos as well. Sadly, the names of her other siblings are not available. Moreover, Likewise, Rachel has also featured her mother on her videos and her mother first appeared on her channel in 2014. 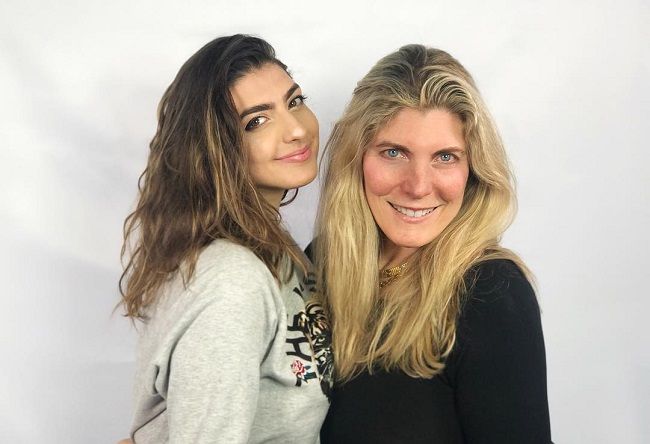 Regarding her educational background, Rachel completed her high school from Lower Merion High School. She was a part of the cheerleading team in her high school. Then, she attended Pennsylvania State University but it is believed that she dropped out from there after a year. And later, she decided to pursue an online course.

Rachel Levin was less interested in outdoor activities and sports as a teenager. She started watching Youtube videos at the young age of 15. Eventually, she became so obsessed with beauty and makeup tutorials on Youtube that she often pretended to be a beauty guru herself while applying makeup in front of the mirror.

Once she realized that what she is doing in front of the mirror can be filmed to make a Youtube video and she exactly did that. Therefore, Rachel created her Youtube channel on December 14, 2010. Likewise, her first video came out on December 15, 2010, and it was titled “How To… Conceal Under Eye Dark Circles”.

After that, Levin continued to post on a regular basis content that was much enjoyed by her fans. Other than beauty tutorials, she started posting comic videos based on teenage expectations and lifestyle which earned her a huge teenage following which helped her increase her subscribers count rapidly.

Rachel Levin’s one quality that has probably been most effective in sky-rocketing Levin’s popularity is her ability to understand what her fans want and cater to their wishes generously. Similarly, she is also good at finding her own niche despite a plethora of content on similar topics already available on Youtube.

From the beginning, Rachel was always focused on creating videos for specific groups of the audience for which only a few videos were available online. Levin released her very first video on covering dark circles, targeting the teenage audience after she failed to find similar content on Youtube. Rachel also often makes DIY videos to teach her fans to make their own cheap makeup products. Above everything, Rachel Levin is well-known for her sense of humor as her makeup tutorials alone wouldn’t have made her so popular.

Furthermore, she doesn’t shy away from talking about serious issues through her videos. Moreover, she released a video titled “I Am Ugly”, which brought to surface women’s insecurities about their bodies, especially at an early age. Rachel also does vlogging and posts on her channel.

Overall, she posts videos such as her lifestyle, comedy skits, beauty, fashion, and DIY videos. Moreover, she has dealt with social issues in her videos such as bullying, self-image, and suicide. Thus, Rachel is famous as one of the most diverse artists on Youtube. Therefore, her fans who have met her personally stated that she is one of the most down-to-earth social media stars. Furthermore, Levin often holds contests for her fans and gives away pricey prizes including iPhones.

Rachel’s channel became the fastest growing Youtube channel in the world as she was able to earn 6M subscribers within a year. She released a video titled “If Google Was On Summer Break” on June 18, 2016, and the video received over 2M views within the first 25 hours.

Rachel often creates sponsored videos for renowned brands which add up to her earnings from the numerous views she receives. Likewise, she has collaborated with several fellow Youtube stars on many videos. She has also worked with beauty guru Chelsea Crockett who is known for her channel “BeautyLiciousInsider” and has appeared on Siens Mirabella’s Youtube channel “BeautyBySiena” as well.

Moreover, Rachel also has another Youtube channel which is a couple of channels along with her boyfriend Tyler Regan. The channel was created on April 11, 2018, and has garnered 3,159,229 views until now. It consists of videos such as vlogs, pranks, comedy skits, QnA, and their lifestyle. The channel is not active at the moment as the couple has broken up.

Rachel Levin was quoted in The Wall Street Journal in the article “Mixing Makeup for the Webcam” regarding her cosmetics DIYs at the young age of 16. She has been featured in a Forbes Magazine article titled “Rachel Levin: A YouTuber With A Positive Message” as well.

Moreover, Levin has also been quoted in Cosmopolitan’s issue “The United States of Style” and was featured in the magazine regarding her critically acclaimed video “I Am Ugly” as well, which go through into the issue of negative body image in girls, featuring a younger version of herself.

Rachel launched her music career in 2020 when she debuted her first single “Myself” under Sun & Sky Records. The Valentine’s Day release music carries a message of self-acceptance and love. It was a message that is highly prevalent in Levin’s fanbase and has made her into an internationally known influencer on multiple platforms. Likewise, she also appears in the music video for Tiesto’s “On My Way” featuring Bright Sparks. 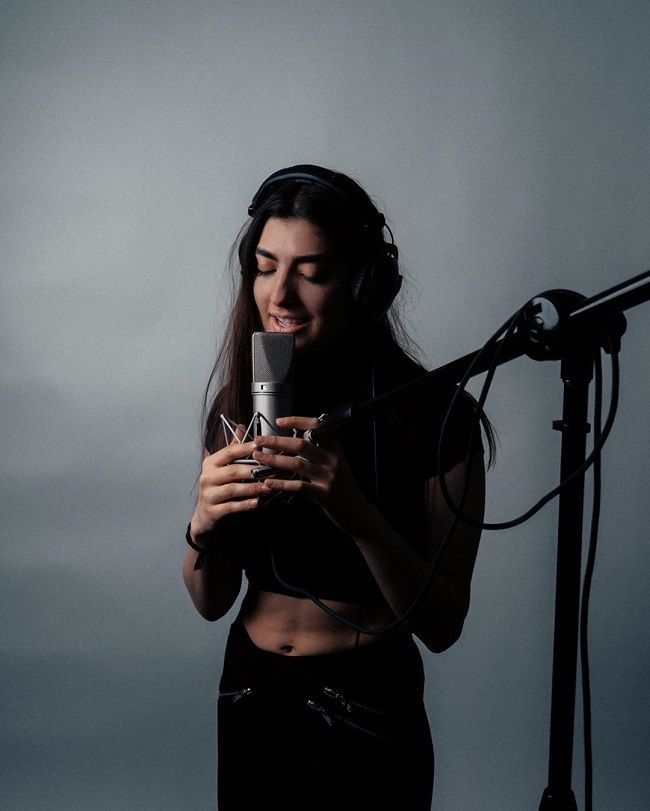 Rachel’s main income source is Youtube. As estimated by Statsmash, she has a net worth of $2 million. She has published 429 videos which all together add up to more than 3.6 billion views and creates on average 2 new videos every month. Several companies approach her to endorse their brand on her YouTube channel. However, she does not want to annoy her subscribers with brand endorsements and announcements.

Rachel is currently single. She is more focused on her career at the moment and is working hard for it. She stated that she wants to keep her happiness above anyone else.

Talking about her past relationship, Levin currently broke up with Tyler Regan. They announced their relationship in April 2017 and were introduced to each other through their mutual friends. Sadly, they parted their ways in 2019. But still, they are friends. 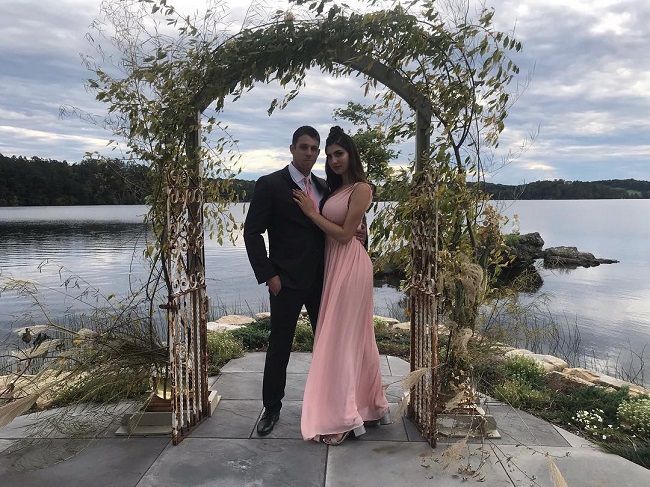 Before dating Tyler, Rachel was dating an Instagram star Isaac Nakaash. They dated since 2013. Isaac often appeared on her videos. But she issued a statement on her Twitter account revealing to her fans that they separated amicably in November 2016.

Rachel Levins’ height is 5 feet 8.5 inches whereas her weight is 65 Kg. Her other body measurements such as chest-waist-hip sizes are 36-27-37 inches respectively. Likewise, she has a very beautiful face and a slim body. Moreover, she has got brown hair and light brown eyes.

Rachel is pretty active on her social media accounts. She has mustered 14.4M subscribers on Youtube and has 3,581,931,696 views until now on the channel. Likewise, she has gained 3.4M followers on Instagram and 3.5M followers on Twitter.