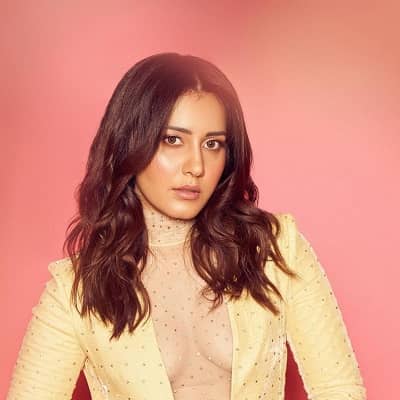 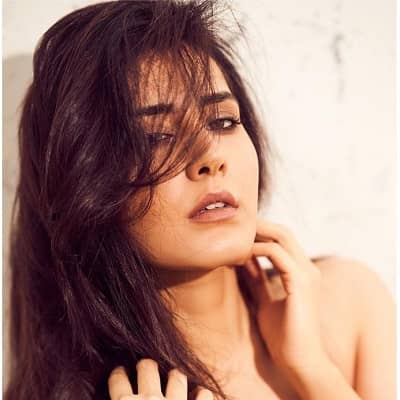 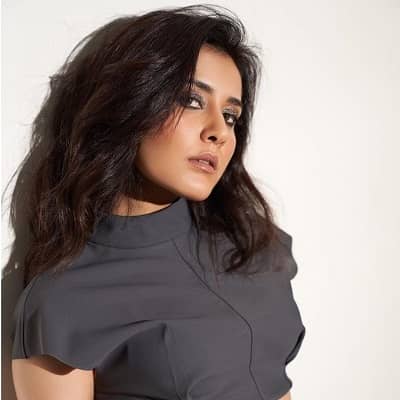 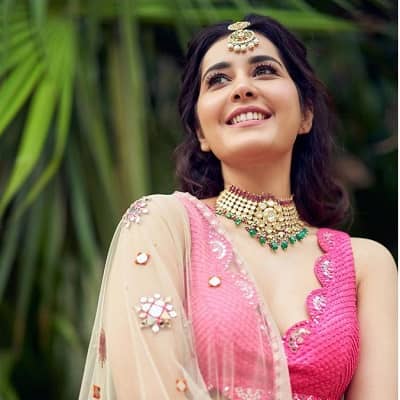 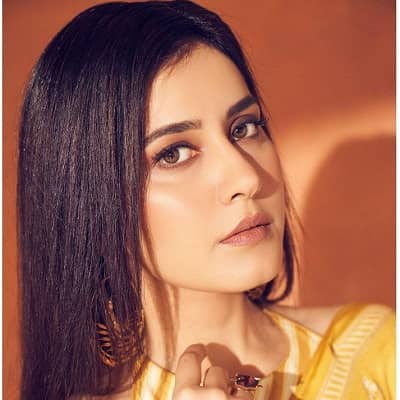 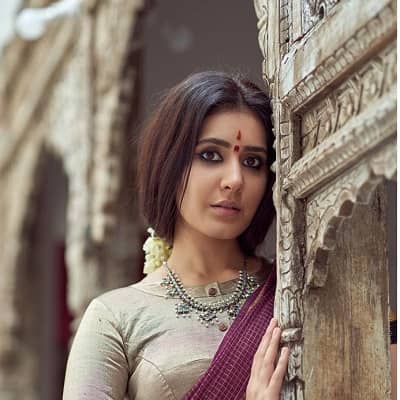 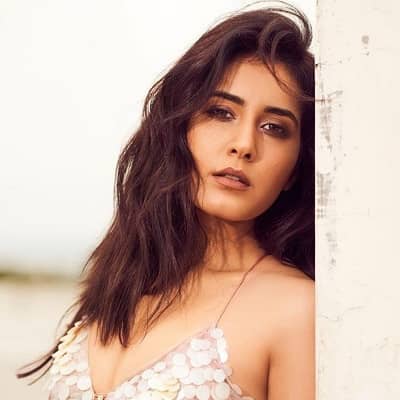 Raashi Khanna is a famous Indian actress and singer. Raashi Khanna is mostly popular for her involvement in Telugu and Tamil films. She has also lent her voice to a few songs for the films she starred in.

Raashi Khanna was born on 30 November 1990 and she is currently 30 years old. Raashi’s hometown is Delhi and her zodiac sign is Sagittarius. Talking about her educational journey, Raashi completed her school-level education at St. Mark’s Senior Secondary Public School, Delhi. Later on, she graduated with a degree in B.A. English (Hons.) from Lady Shri Ram College, Delhi. Talking about her family, Raashi’s parents are father Raj K. Khanna, and mother Sarita Khanna. She also has an elder brother, Raunaq Khanna.

As per the information shared by Raashi herself, she was an academic topper. Moreover, she was also extremely studious, a geek during her schooling and college days. At a young age, Raashi dreamed of becoming a singer but became more interested in studying and aspired to become an IAS officer as she grew up. Raashi neither had an interest in modeling nor thought of becoming an actress back in the days. 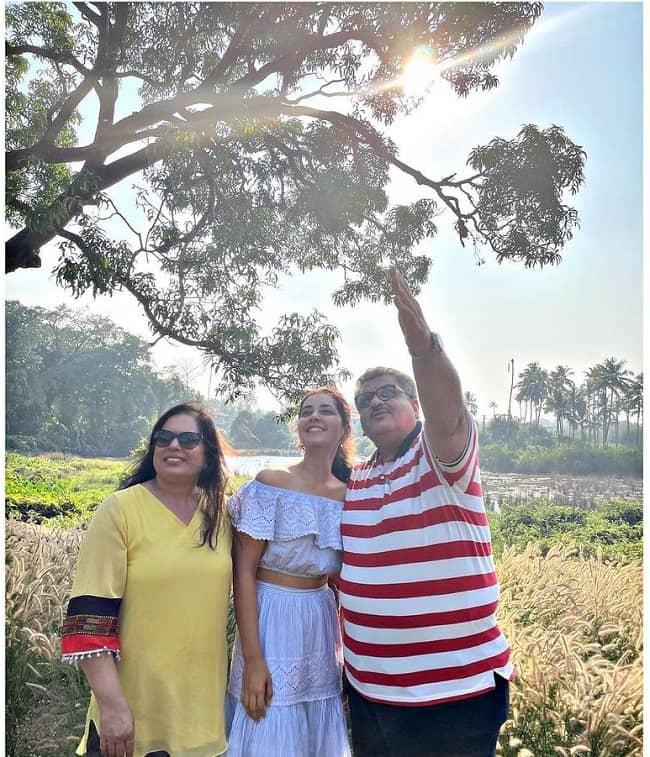 Caption: Raashi Khanna posing for a photo with her parents. Source: Instagram

Professionally, Raashi Khanna a famous actress and singer. She mostly works in Telugu and Tamil language films in India. As an actress, Raashi debuted with a supporting role in Madras Cafe. Subsequently, Raashi played her lead role in the Telugu film Oohalu Gusagusalade. The actress followed this project with a Tamil film Imaikkaa Nodigal and a Malayalam film Villain.

Similarly, Raashi has starred in several commercially successful films. Some of them are Bengal Tiger, Venky Mama, Supreme, Imaikkaa Nodigal, Jai Lava Kusa, Tholi Prema, and Prati Roju Pandage. With these projects, the actress established herself as a leading actress in Telugu and Tamil cinema.

The actress then debuted as a singer with the film Joru in the year 2014. She also lent her voice for films Villain, Balakrishnudu, Jawaan, Prati Roju Pandage, and Oorantha Anukuntunnaru singing songs for the aforementioned songs. Prior to her success as an actress and singer, Raashi was a copywriter for advertisements. She slowly started her venture into acting with various advertisements before playing roles in films. 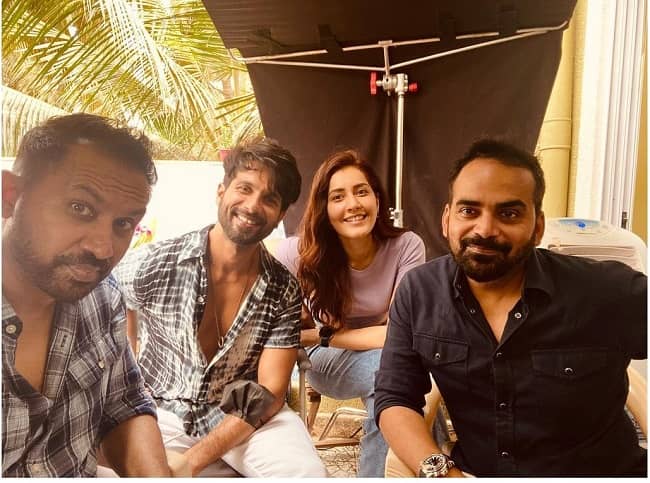 Caption: Raashi Khanna posing for a photo with her co-star Shaahid Kapoor and the filmmaking duo Raj & DK. Source: Instagram

While writing this biography, Raashi has worked in a total of 22 released films. At this time, there are still 8 films that Raashi has worked on but are yet to be released in 2021 and 2022. In 2021, Raashi is also working on a web series with the filmmakers – Raj Nidimoru and Krishna D.K. (Raj & DK).

As a singer, Raashi sang the Telugu song Joru for the film of the same name; Malayalam song Villain Theme; Telugu songs Raashi Thariraa, Bangaru, Kanna, and You Are My High. The actress then won the “Entertainer of the Year” award at the 2019 Zee Cine Awards Telugu for her film Tholi Prema.

Previously, Raashi bagged the “Best Actor (Female)” award at the 2017 TSR TV9 National Film Awards; “Most Glamorous Diva of the Year” at the 2016 Zee Telugu Apsara Awards; “Best Female Debut” at the CineMAA Awards, and “SIIMA Award for Best Female Debut (Telugu)” at South Indian International Movie Awards both in the year 2015. 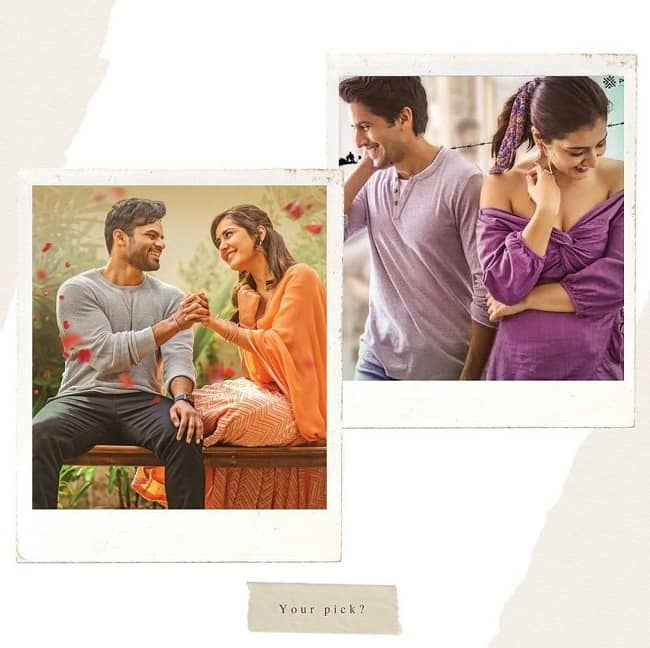 Being a famous celebrity she certainly gets a lot of brand endorsement deals. As of now, she has endorsed numerous brands such as Tata Sky, South India Mall, Forever Jewellery, and Minawala Jewellery.

Raashi Khanna is most probably single at present. The Bollywood actress has not shared any social media posts that confirm or indicate her romantic relationship status or past affairs. Nevertheless, Raashi has previously been romantically linked with the cricketer Jasprit Bumrah. However, this was only a rumor and no proof has confirmed this news.

Raashi Khanna stands tall at an approximate height of 168 cm or 5 feet 6 inches and her weight is around 57 kgs or 126 lbs. Likewise, the actress’s chest-waist-hip measures are 34-28-34 inches respectively. Raashi has dark brown eyes and hair of the same color.

Talking about her social media presence, Raashi Khanna is available on Instagram under the username @raashiikhanna. At present (May 2021), the actress has shared exactly 1,115 posts and garnered over 6.9 million followers on her official account.

Moreover, the actress introduces herself as a “Seeker, traveler, stargazer, sunset lover, actor, singer” on her Instagram bio. Moving on, Raashi Khanna has a net worth estimation of around $2 million US dollars as of 2020.