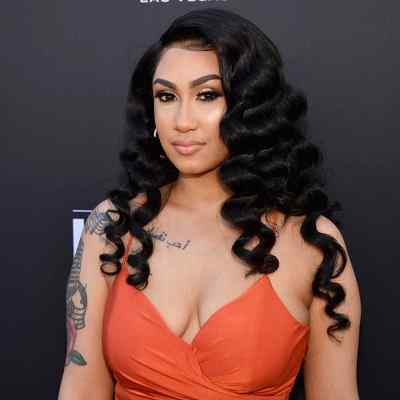 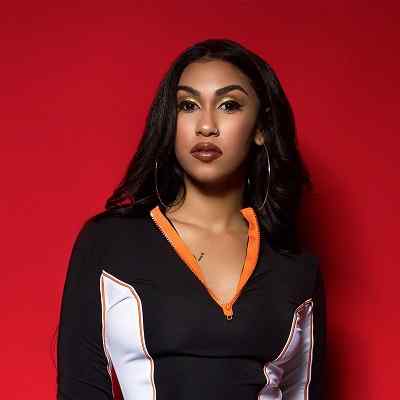 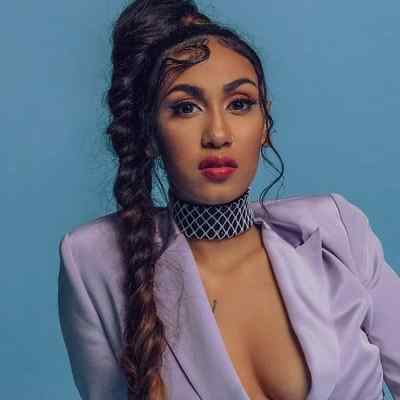 Queen Naija is an American Youtube personality and singer. Queen Naija became famous for her storytime, music, and makeup-related vlogs on her self-titled channel. She was previously popular as one half of the channel Chris and Queen with her ex-husband. Likewise, she signed to Capitol Records in the year 2018.

Queen Naija was born in Detroit, Michigan, USA, on October 17, 1995. As of the year 2020,  she is currently 25 years old. Her astrological sign is Libra and she holds the American nationality. Likewise, her full name is Queen Naija Bulls.

The name of Naija’s parents is not available at the moment. And she has two younger siblings and their names are Tina and Terrell. Both of her younger siblings run the joint YouTube channel, Tina & Terrell. Moreover, she has described her background as a mix of Arab, Black, and Italian, but has also mentioned having Indian ancestry, though she wasn’t sure how much. And, her father is from Yemen. Her mother gave her the name Queen Naija. The name “Queen” was inspired by her grandmother, who had the same first name, and “Naija” represented her father’s name.

Regarding her educational background and qualification, the name of the educational institutions Naija attended is unknown. But considering her age, she must have graduated from both high school and university until and unless she is a dropout or decided to quit further studies. 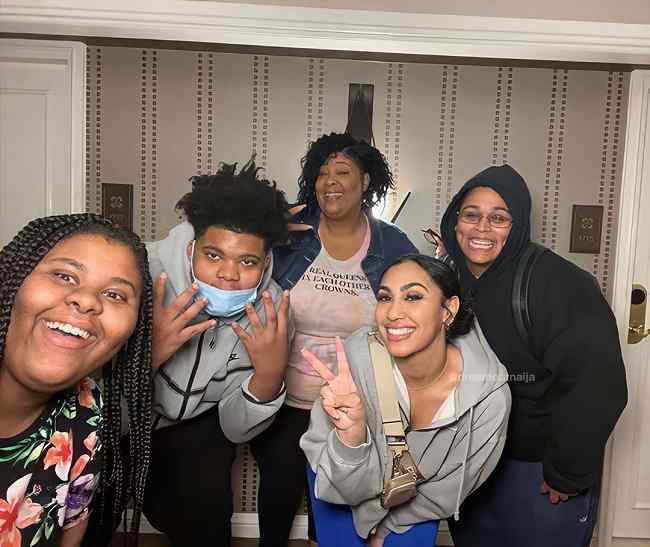 Caption: Queen Naija along with her family members (Source: Instagram)

Queen Naija is formally known as Queen Bulls. She first gained prominence as a contestant on the thirteenth season of American Idol. She had auditioned two years earlier but failed to advance into the next round. Then, in the thirteenth season, Naija advanced into the Hollywood round but was cut when the top 30 were chosen. Afterward, she went back to working as a security guard and then continued on building her YouTube career.

In the year 2015, she started her YouTube career alongside her ex-husband Christopher Sails in Detroit, Michigan. But in December 2017, the couple officially separated after Chris was caught up in a cheating scandal, and Queen filed for divorce. Likewise, their channel which held over 2.3 million subscribers, was given to Sails by Queen Naija. Then, on April 4, 2017, she launched her own YouTube channel named “Queen Naija”. Once her relationship with Sails officially ended, she built up her own YouTube channel. And, within a year, her solo channel had surpassed the old channel and gained more than 4.74 million subscribers as of October 2020.

Queen Naija started her career with music while she was on YouTube. She then made on music with close friends Armon and Trey on covers and original songs. Likewise, their collaborative song “No Strings” has 18 million views as of June 2020. She also created song covers and remixes on her own. And, the collaborations, remixes, and covers never went mainstream nor outside of the YouTube platform.

Moreover, after her public breakup, Queen Naija dropped “Medicine” on December 31, 2017, and in less than two weeks, it gained more than 2 million views on YouTube. And, in an interview with Fader magazine, Naija described the song as “Medicine was basically made to conform to my supporters on YouTube about what happened in my marriage. They wanted to know was I leaving or not. I didn’t want to say anything because the first time after the cheating situation happened, I stayed. I felt stupid. But then it happened again privately and I didn’t want everyone to be like, I told you so. So instead of talking about it, I told them I’d write a song about it. Once I saw how crazy it went outside of YouTube, I was like, Okay, I need to take music more seriously. I’ve always wanted to sing — I’ve been singing since I was three. I knew it was going to happen somehow, but I didn’t know how”. Likewise, Queen Naija Bulls did an official lyrics and meaning interview for the song “Medicine” with Genius in January 2018.

Queen Naija also recorded on her YouTube channel a few meetings with record labels that she attended with her team/management. Then, by March 2018, her initial song post of “Medicine” had more than 10 million views. Likewise, later that month she released an official music video. That video acquired 4.5 million views on the day of its release and has over 146 million views as of December 2019.

On April 25, 2018, Queen Naija signed to Capitol Records. And, on June 28, 2018, she released her second single, “Karma”. She wrote and recorded the song in January 2018. She described this song as being a more personal story for her. Naija even explained the story in an interview with Genius. Moreover, on its release day, the song reached #1 overall on the iTunes charts. Likewise, “Karma” closed the week as the thirteenth-best seller in the United States, thus making #13 on the Billboard Digital Songs sales chart. Then, in July 2018, “Karma” debuted at #63 on the Billboard Hot 100.

Furthermore, Queen Naija released her self-titled extended play on July 27, 2018, and it consists of five songs: “Medicine”, “Karma”, “Mama’s Hand”, “Butterflies”, and “Bad Boy”. Likewise, the project includes production from No I.D., El Jefe, Rob Grimaldi, 30HERTZBEATS, and ClickNPress. She has also described the EP as an emotional journey in which each song describes either experience or emotion she has gone through. And, the songs reference topics including heartbreak and motherhood, betrayal, and finding new love again.

Moreover, “Medicine” deals with her heartbreak and emotions toward her ex-partner, and “Karma” explains overcoming the heartbreak while sending a message that she will be fine. Likewise, “Mama’s Hand” is dedicated to her son and she promises to give him everything and encourages him to have optimistic thoughts about the future. Similarly, “Butterflies” reveals that she is beginning to fall in love again with someone new, and “Bad Boy” describes her connection with a new lover, and how her goodness may cause him to change for the better.

Furthermore, in August 2018, the EP debuted at #26 on the Billboard 200 and reached #1 on the Apple Music R&B charts. Then, Naija released the single Lie to Me featuring Lil Durk on October 2nd. 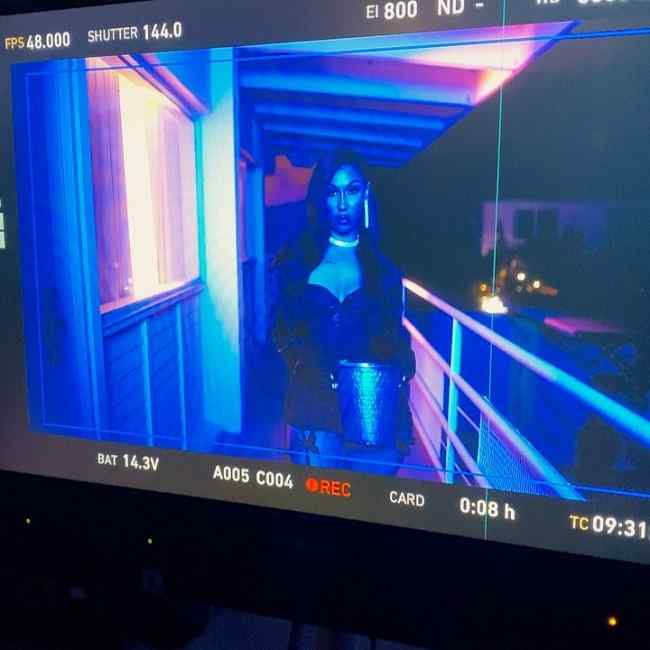 Queen Naija first met Christopher Sails, her ex-husband, while they were in high school. They first met at the school’s basketball game in April 2013. Then, four years after dating each other, the couple tied the knot in the year 2017. And, the couple has been blessed with a son whose name is Chris. Likewise, apart from being life partners, they were also YouTube partners. However, the amicable relationship between Chris and Naija did not last long and the two parted ways. Likewise, their highly–publicized divorce brought the two yet again into the limelight as they used their vlog post to address their relationship issues.

Queen Naija then began dating Clarence White (ClarenceNYC) in the year 2018. And they together have a son, Legend Lorenzo White. 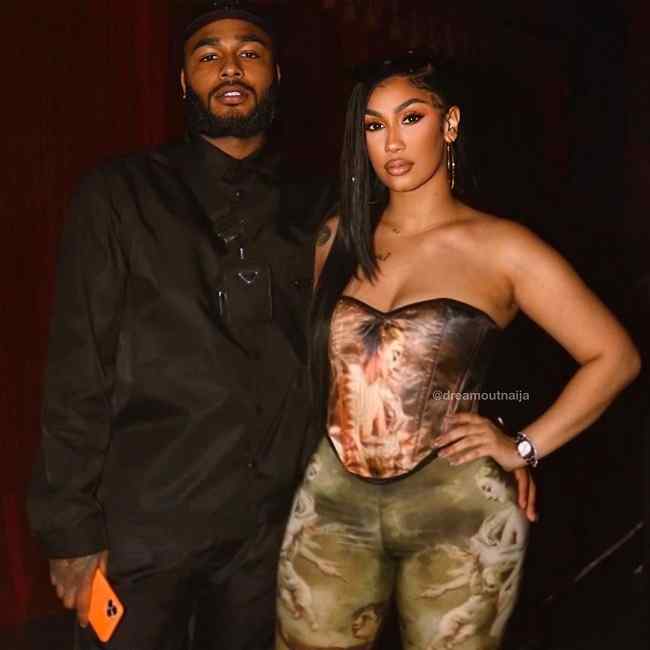 Queen Naija has a height of 5 feet 1 inch and her weight is 55 Kg. Her other body measurements such as chest size, waist size, and hip size are 34-26-38 inches respectively. Likewise, Naija has black hair and dark brown eyes.

Talking about her earnings and income, Naija’s main income sources are Youtube and her music career. And her estimated net worth is $4.5 million and she makes approximately $180,000 per year from advertisements on her YouTube video.