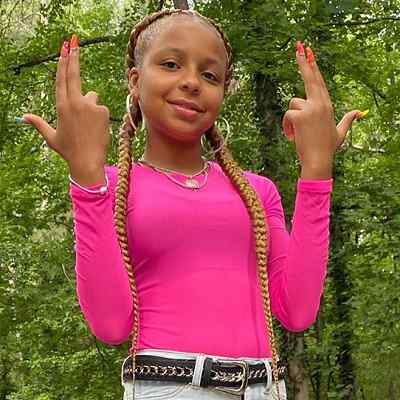 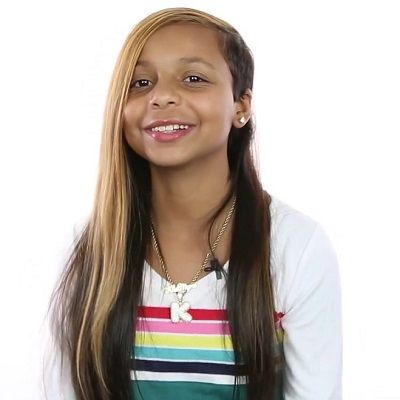 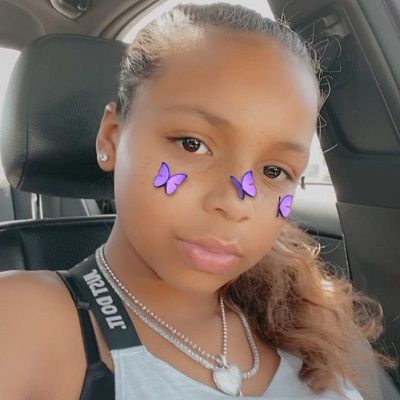 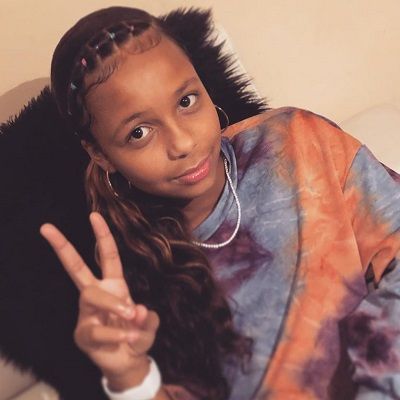 Queen KhaMyra is an American model and a social media star. Queen KhaMyra is popular on Instagram and TikTok mostly. Moreover, she also owns a self-titled YouTube channel.

Moreover, through some Instagram posts, it seems like she has two brothers. One of his brothers is available on Instagram as ‘@1.reallyrich’ and another one as ‘@atlrealestateking’. Currently, she lives in Atlanta, Georgia. She recently joined high school. 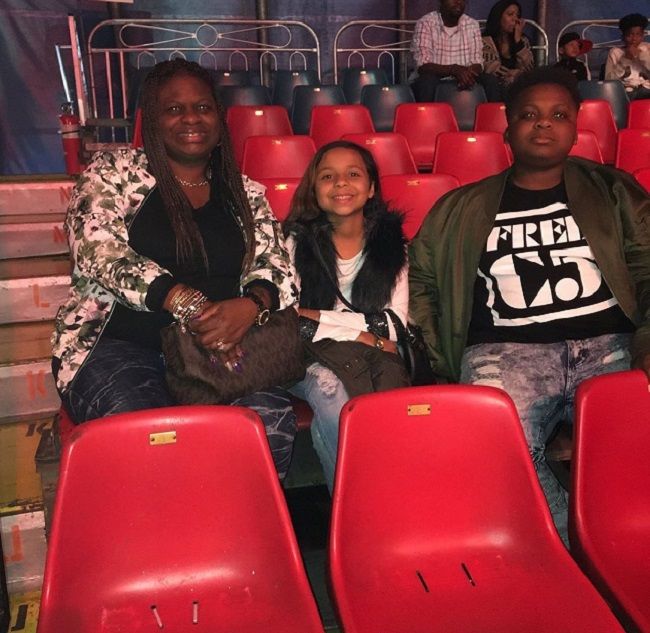 Caption: Queen KhaMyra clicking a picture with her mom and brother. Source: Instagram

Queen’s popularity on social media landed her a couple of modeling deals with teen clothing brands. She even had the opportunity to walk the ramp for popular clothing brands like Angel Joi and Love Pink Corp at a famous fashion show. She struck an impressive deal with ‘Young Socialites Clothier’ to represent the brand at ‘New York Fashion Week’ in 2019.

Queen aspires to become one of the most popular fashion models in the United States. She began her journey on social media by posting funny video clips and lip-sync videos on TikTok. Her account eventually gathered thousands of followers, making her famous on TikTok. Similarly, her Instagram page too gathered several followers because of her popularity on TikTok.

Her Instagram account is managed by her mother. She was once featured on the Instagram page of the popular social media group, ‘Rebel Teens’. By 2018, Queen had become a popular social media celebrity, which helped her accumulate subscribers soon after creating her YouTube channel. She created it on May 21, 2018.

Some of the most popular videos on her channel are ‘Curlyhead Monty Texting Another Girl Prank,’ ‘Do me and Curlyhead Monty date,’ ‘Part 2 (Q&A Do Me & Monty Date),’ and ‘Cut Hair Prank On Monty.’ She runs another YouTube channel, ‘Monty& KhamyrasWorld,’ along with popular internet celebrity, Curly Head Monty.

This young personality has dated some boys earlier. She met Curly Head Monty at an event. Monty was already a famous social media star at the time and hence KhaMyra approached him asking if she can take a picture with him. Monty was happy to oblige and that was the beginning of their wonderful friendship.

After some months, KhaMyra and Monty started collaborating for YouTube videos, which made many of their fans wonder if they were seeing each other. However, both of them kept on denying relationship rumors until late 2018, when they started calling each other ‘bae’ in their videos. But, they ended their relationship.

She started dating an Instagram star, @Richboy.Troy. In February 2020, he announced on Instagram that Queen KhaMyra was his new bae, but their relationship quickly ended in April 2020. And they reunited in May 2020. The two keep featuring their pictures on their respective Instagram account showing their love and affection for each other.

Likewise, this young personality hasn’t faced any type of rumors or controversies to date. She has maintained a good profile and didn’t let any rumors hit her personal or professional life. 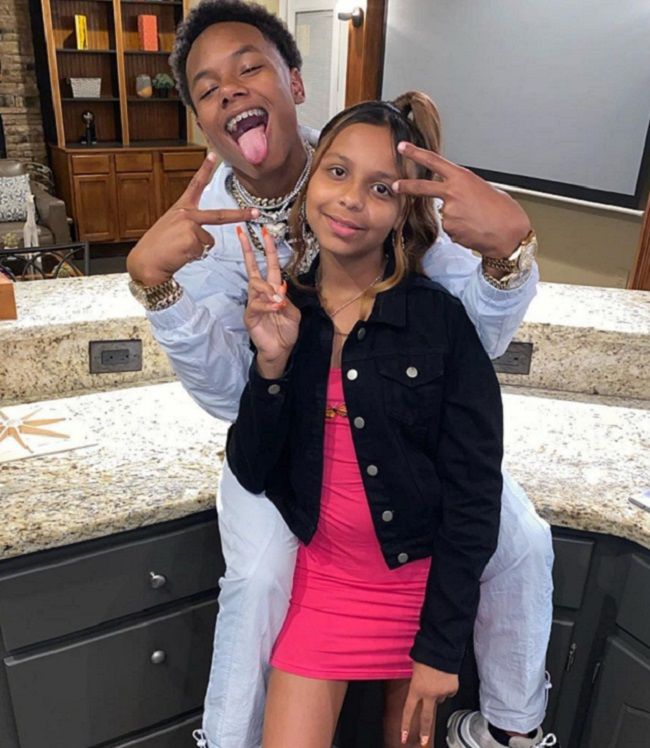 Observing her body structure, she has a lean body type. She has a height of 5 feet 2 inches but she has not shared her body weight. However, her body stats might change for some more years. Moreover, her eyes are dark brown and her hair is brown. At this young age, she is very positive and has an amazing personality. 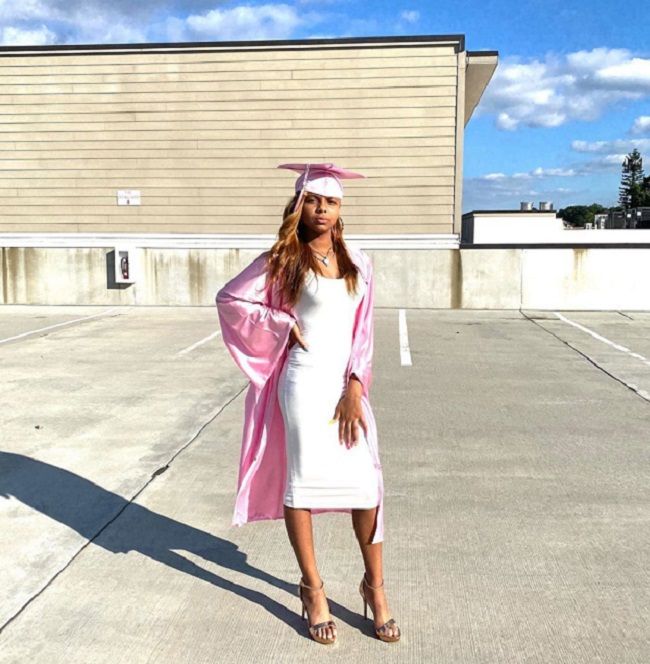 This teenager is not only just a rising model but also makes engaging videos and has quite a good handle on social media. Her self-titled YouTube channel has earned over 509K subscribers. She is famous on Instagram with more than 1.3 million followers.

Queen has earned over 5K followers on her Twitter account. Likewise, her TikTok account has amassed more than 328.3K followers and more than 3.8 million likes. She is also available on Facebook but has fewer followers compared to other social media followers. Therefore, she has over 453 followers.

This young star is sure to earn a decent amount of money through her profession. She has an estimated net worth of around $38K. However, her finances might be controlled by her mother But, without any doubt, she is earning a lot of money for a girl of her age.