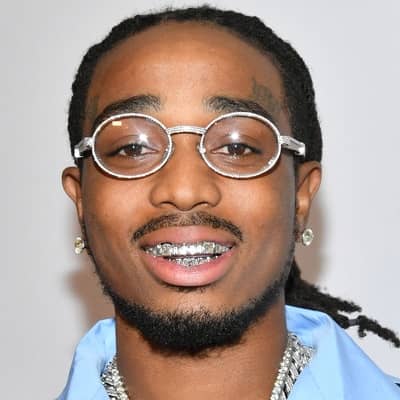 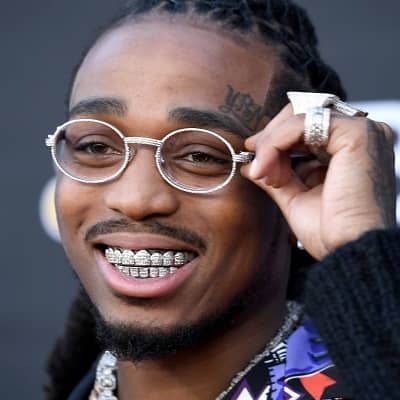 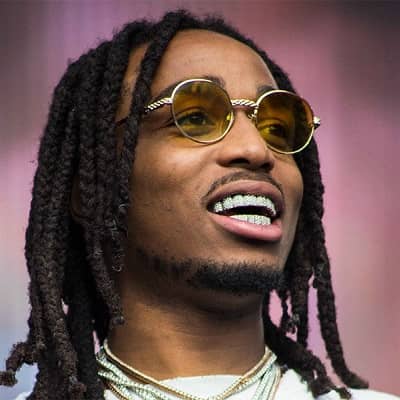 Quavo is a prominent American rapper, singer-songwriter, as well as record producer. Quavo is also famous as a member of the trio, “Migos”.

Quavo was born on April 2, 1991, and he is currently 29 years old. He hails from Athens, Georgia, and his zodiac sign is Aries. Likewise, his full name is Quavious Keyate Marshall. Talking about his family, his mother is Edna Marshall and she was a hairdresser. Likewise, his father passed away when he was only four years old.

Talking about his educational journey, he attended Berkmar High School. He was the starting quarterback of the high school football team during the 2009 season. He was in his senior year back then. Moreover, he previously held the record by completing 28 passes in a game back in the year 2009.

Although he finished the football season for his senior year, he dropped out of Berkmar High School only months before the high school graduation. Later in May 2020, he announced through his Instagram account that he had finally graduated high school after dropping out 11 years ago. 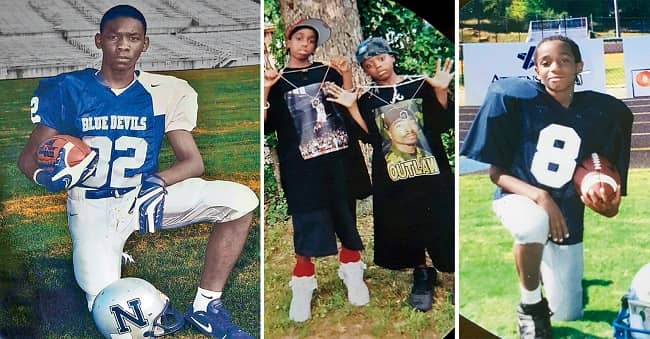 Professionally, Quavo is a famous rapper, singer, songwriter, and record producer. He is most famous as the co-founder and current frontman of “Migos”. Migos is a hip hop/ trap trio. The rapper is also related to his fellow Migos members. He is the uncle of the member Kirshnik Khari Ball, aka Takeoff’. Moreover, he is related to the remaining member, Kiari Kendrell Cephus’s cousin.

Besides this hip-hop trio, he has also featured on four singles. These singles have peaked within the top 10 of the Billboard Hot 100. One of the singles is DJ Khaled’s I’m the One and No Brainer among which the former reached number 1. Alongside, another single Congratulations also peaked at number 2 on the Billboard Hot 100.

Then on October 12, 2018, the young rapper released his debut solo album called Quavo Huncho. It peaked at number 2 on the Billboard 200. 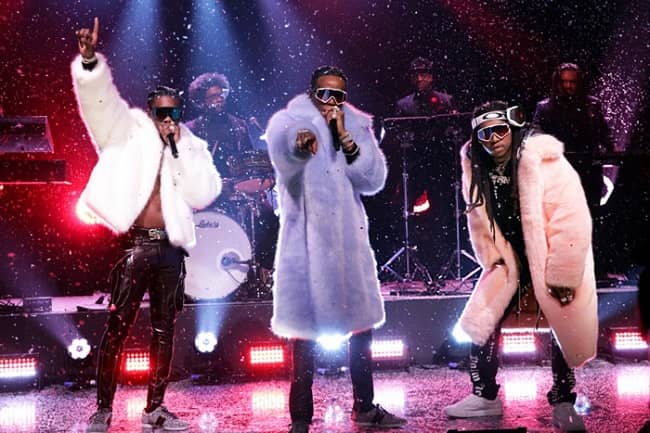 Caption: Quavo performing as a part of the trio ‘Migos’ on Fallon. SourceL Rap-Up

Furthermore, he is popular as one-third of the hip hop trio Migos. They are most famous for their single Versace. Other members of Migos are Kirshnik Ball aka Takeoff and Kiari Cephus aka Offset. The trio worked together starting in 2009. All three members grew up together in Gwinnett County. It is a mostly suburban area half an hour northeast of Atlanta.

‘Complex Music’ named Quavo as the most influential rapper of early 2014. Complex Music is an online hip-hop community. Moreover, as a part of the hip-hop trio Migos, he has collaborated with several A-list artists which include tappers/singers like Young Thug, Drake, R. Kelly, and Gucci Mane among many others.

Migos released their first mixtapes Juug Season in 2011 and No Label in 2012. They then gained more prominence with the track Versace from the 2013 mixtape Young Rich N*ggas. This song was a breakout hit that received further exposure when Drake produced a remix.

In the following years, he appeared on further releases with Migos. Most notable among them is the trio’s full-length albums Yung Rich Nation in 2015 and C U L T U R E in 2017. The rapper also appeared on Champion for Kanye West’s “GOOD Music” label. He also performed alongside Young Thug on his 2016’s track Fuck Cancer. Later, he appeared on 2017’s Go Off with Travis Scott and Lil Uzi Vert for the Fate of the Furious movie soundtrack.

Rapper also worked on the collaborative project Huncho Jack, Jack Huncho, with Travis Scott. They released this in 2017. The next year, rapper he released a series of solo singles. The list includes Workin Me and Bubble Gum. Later on, he included these tracks in his official solo debut, Quavo Huncho, released in October 2018. In this album, the rapper featured guests like Drake, Travis Scott, Kid Cudi, 21 Savage, Offset, Takeoff, and even Madonna. 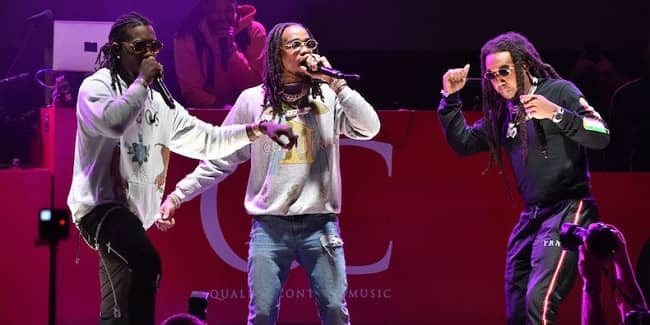 Caption: Quavo performing as a part of the trio ‘Migos’ at Coachella Set. Source: EDMTunes

In the field of music, he has won three prestigious awards and several other nominations. He bagged the “Teen Choice Awards” for the category Choice Electronic/Dance for the song Know No Better and the category Choice R&B/Hip-Hop Song for the song I’m the One. The rapper shared the former award with Major Lazer, Travis Scott, and Camila Cabello, whereas the latter with DJ Khaled, Justin Bieber, Chance the Rapper, and Lil Wayne.

He also bagged the Favorite Song – Rap/Hip-Hop award at the 2017 American Music Awards. It was also for the song I’m the One. Moving on, he has a net worth estimation of approximately $15 million US dollars.

The authorities released him from jail on bond. Later on, the rapper pleaded no contest to misdemeanor marijuana charges and received a 12-month sentence. However, he was suspended based on payment of fines.

Quavo began his romantic relationship with the fellow rapper Saweetie in September 2018. The couple has a very strong connection and stays committed to each other until this day. However, the lovers sparked split speculations recently as both rappers unfollowed each other on Instagram. As of March 19, 2021, the lovers have not released confirmed news regarding their split but many speculate it as they unfollowed each other on the famous social media portal. 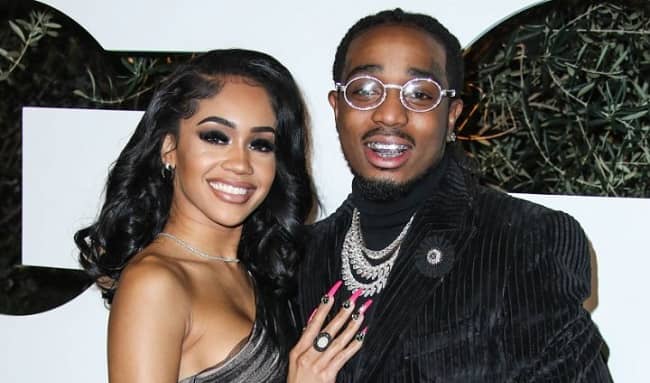 Caption: Quavo posing for a photo with his lover, Saweetie. Source: AceShowbiz

Quavo stands tall at an approximate height of 6 feet 2 inches and his weight is around 74 Kg. Similarly, the rapper has dark brown hair and eyes of the same color.