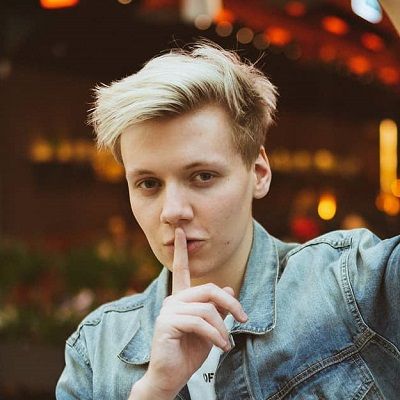 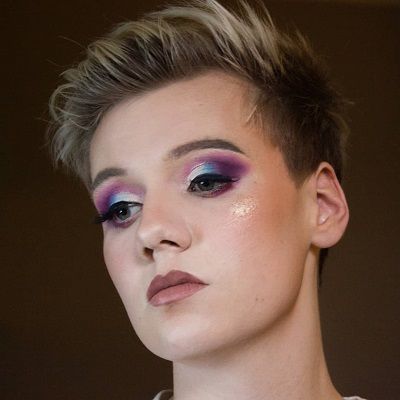 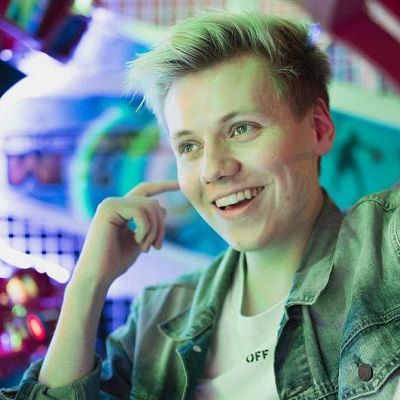 Pyrocynical is an English YouTube content creator. Pyrocynical is popular for his montage parody videos as well as commentary posted over videos of gameplay among others. He is also available on several other media platforms at present.

Pyrocynical’s real name is Niall and he was born on 14 May 1997. But his actual full name is unknown. People thought for a long time that it was Niall Comas, but he has since debunked it. Hence, his full name/surname is not available. Likewise, he celebrates his 25th birthday in 2022 and his zodiac sign is Taurus.

Playing “Spyro The Dragon” is one of the fondest memories of his childhood. There is no information regarding his parents, siblings, and other family details. He also has not shared much information about his educational journey. Likewise, he is a citizen of Britain.

Pyrocynical is a social media personality primarily known for his montage parody videos as well as commentary posted over videos of gameplay. His mlg teletubbies video was his first major success and has earned over 11 million views at present. Moreover, Pyro’s first parody video was how to pizza and it has been viewed over 430,000 times.

Additionally, Pyrocynical was formerly recognized as one of the early adopters of well-known commentary formats, such as colored borders surrounding video clips shown during videos. Currently, he uploads various types of commentary videos in his channel, especially those featuring trend-related content.

Occasionally, Pyrocynical refers to his viewer base as the “Bruh Army.” It is a satirical jab at PewDiePie’s fanbase. PewDiePie referred to his views as the Bro Army. Most of his descriptions even contained an ASCII drawing of the Brofist. It is something PewDiePie originally had in his descriptions in the early days of his career. 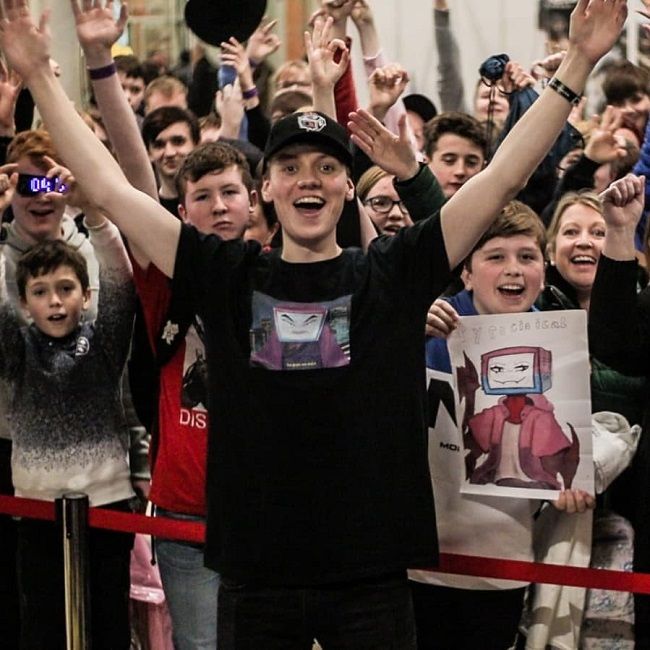 Caption: Pyrocynical with his fans in Dublin in November 2019. Source: Instagram

Pyrocynical created his channel on 27 July 2013. However, he didn’t upload any videos until 2014. Then on 30 October 2015, he uploaded a video titled IT’S JUST A PRANK BRO. It is a commentary-style video which was a noticeable deviation from the montage parody content.

Since then, he released only one other equivalent of a montage parody video on his channel titled SHREK HAS SWAG 2. This was a commentary video, however, the actual montage parody was not the bulk of the video. It was also short compared to his previous montage parodies.

As of 2019, his content is a mix of trending topics, gaming videos, and commentary. Pyrocynical has also begun interacting with others more frequently in skits. The largest one is a Reddit video browsing Despacito memes. Additionally, his emblematic trait is ginger-brown, now platinum blonde almost white hair. Many joked about saying he looks as if he were “a cute little lesbian”.

Pyro’s commentary videos started off mostly having gameplay of first-person shooters in the background, notably CS: GO or Overwatch. But nowadays, Pyro has completely scrapped the format in favor of real-life footage of himself in his bedroom. An early exception is when his fans convinced him to put Connect 4 gameplay in the background.

His later videos displayed gameplay of “Garfield Kart” and he advertised in the descriptions as “clinical depression”. Pyro claimed he had compiled over 12 hours worth of Garfield Kart footage and 100 hours of total gameplay.

Also, Pyro uploaded a video of him brushing his teeth on Twitter, which he later deleted. On 12 October 2016, he unexpectedly uploaded a face reveal video, titled who I’m voting for president (face reveal). In this video, he was mocking the Casey Neistat controversy about the 2016 United States presidential election. Pyro has also included his appearance in almost every video since the reveal, changing his video format once more.

Pyro has done a lot of collaborations and gameplay-related content with fellow YouTubers such as NFKRZ, who helped him make his old intro animation, and Bamanboi. Pyro is also seen with other YouTubers like most of the commentary genre such as Memeulous, WillNE, ImAllexx, Colossal Is Crazy, Vargskelethor Joel, Trollzous, Dolan Dark, Jameskii, and Squizzy among many others.

Additionally, Pyro has made several positive effects on other YouTubers like LtCorbis when he promoted her channel. Another one is BionicPIG when he promoted his music. Moreover, people used to frequently criticize Pyro for being a “LeafyIsHere clone” due to the great similarity of their content, despite the difference in their personalities.

To this criticism, Pyro responded by self-deprecating himself and making more of a resemblance to Leafy by using clickbait and content more favorable to Leafy. Despite all of the drama, he and Leafy remained friends and appeared on Drama Alert with a playground insult match.

However, a video later made by HeyWatchYourMouth, a friend of Pyro, claimed that Leafy secretly hates him and still adamantly believes Pyro copied his style. 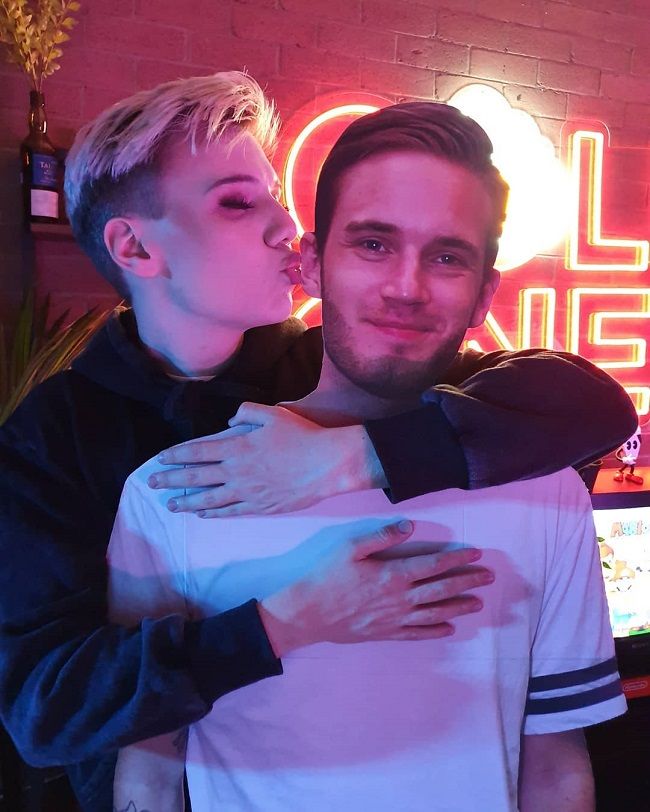 Both Keemstar and Pyrocynical have been in a long-lasting feud since April 2016. On 9 April 2016, Pyro made a video titled KEEMSTAR RANT. In this video, he suggested that Keemstar should have verbally added a disclaimer to the video in which he discussed the Toby Turner rape controversy, as they were just allegations.

Keemstar didn’t like the suggestion and called Pyro out as well as leaked his private photos on Twitter. There is one video in which Keemsar insists that Pyrocynical himself told him he was supposedly dating a French minor girl, yet he always altered said girl’s age. Keemstar also claimed he sucked him off and that Pyro goes to furry conventions, supposedly inviting a big YouTuber there.

The heated conversation went on until Keemstar decided to block Pyro. On 9 June 2016, Pyro uploaded a video called My Experience With KEEMSTAR, stating all the things that Keemstar has done in the past to hurt him. One of those incidents is claiming that Pyrocynical is a pedophile. This brought much hate to DramaAlert and damaged Keem’s reputation overall.

Although there had been many Keemstar rants prior to this, Pyro was seemingly the first to conclude the Keemstar feud on YouTube. Keemstar’s views declined after Pyrocynical published his video. At present, Pyro is doing fairly well now and he seems to have stayed out of dramas, regarding him, ever since then.

On 20 July 2019, Pyrocynical uploaded the video Youtube doesn’t pay me anymore. In this video, he explained how hundreds of his videos got copyright claimed. The claims are aimed at the outro song of his videos called Beach Walk by Whitewoods.

Pyrocynical explained Whitewoods gave him permission to use a part of the song. Pyro also explains Whitewoods got a copyright claim from Sony. The song Beach Walk apparently contains a sample from Grace Jones’ La Vie En Rose, to which Sony has the rights. Then, he explained in the video that he was in the process of appealing the claims and looking for a different outro.

In the up-and-coming videos following this incident, Pyrocynical experimented with outros in every video until 4 September 2019. On this day, Pyrocynical uploaded the video I paid $2000 to meet morgz. Since then, Pyro has consistently used the same outro. Levi Niha made this.

Pyrocynical’s main genre of videos is comedy and gaming though he has posted several serious videos too. Despite never really doing much harm, Pyro always somehow manages to get his Twitter account banned. Similarly, Pyro was once banned for threatening to grind Cold Ones’ lard into his mid-roll ads as a build-up to a “funny” skit.

As of 2020, he has mentioned that he has been suspended for over a year now. Pyro is popular for using “funny” props in his videos including Minecraft tools, a Roadhog mask, several hats including Pyro’s hat, etc. Likewise, his favorite Overwatch hero is Roadhog, with Ana being a close second. It seems that Pyrocynical is very fond of the video game series Dark Souls, due to the number of references he edits into his videos.

In the last half of June 2019, Pyrocynical uploaded several pictures of himself cosplaying female anime characters like Ryūko Matoi from Kill la Kill and Mt. Lady from My Hero Academia on his Instagram. Moreover, according to Dolan Dark’s comment on Pyrocynical and his Cold One’s episode, Pyro wore makeup during their entire trip to Australia and he is into crossdressing. 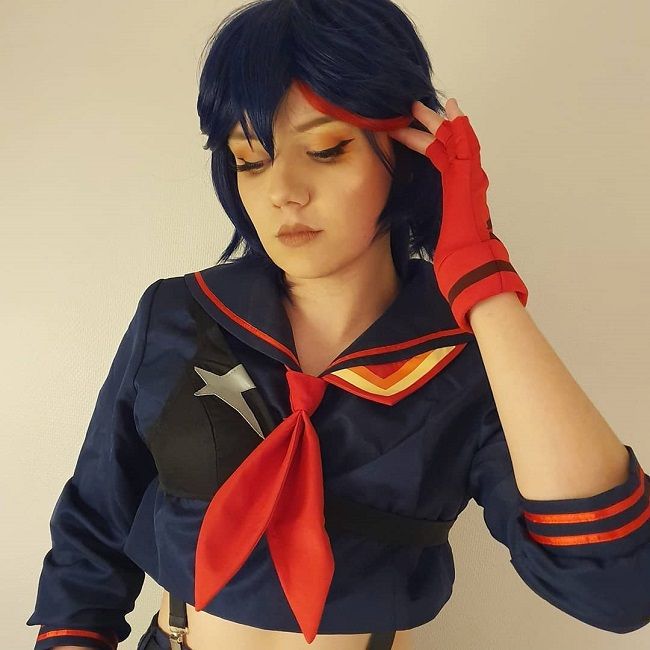 From around 2016 until late 2018 or early 2019, Pyrocynical dated a YouTube animator named Hyojin Choi. Hyojin is a Korean-Australian and is more popular online as Squizzy. She confirmed the split on Twitter on 19 April 2019. Squizzy also added that she and Pyrocynical left on good terms and remain friends.

There is information that says he is in a relationship with a girl who goes by the name Daflummify on Twitter as of March 2019. He as of 2020, it is unclear what his romantic relationship status is.

There is no information regarding Pyrocynical body measurement stats. Nevertheless, he has hazel eyes and dark brown hair that he sometimes dye into shades like blonde and grey among other colors.

Moving on, Pyrocynical’s net worth estimation is approximately $2.6 million dollars as of May 2020. He has published over 620 videos to his Youtube channel which all together add up to more than 1 billion views. Similarly, Pyrocynical creates on average 5 new videos every month earning 1.3 million video views every day and
3.8k new subscribers daily.