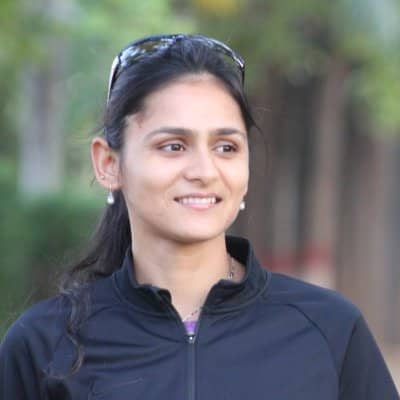 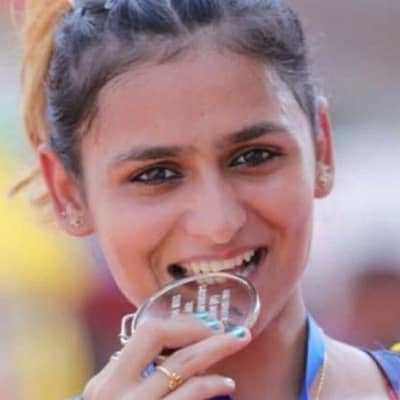 Priyanka Goswami is an Indian athlete especially competing in Race Walking. Priyanka Goswami has won lots of awards and medals in national and international events as well. This national record-holder athlete is also performing at Tokyo Olympics 2020.

Priyanka was born on 10th March 1996, in Sagdi Village, Muzaffarnagar, Uttar Pradesh, India. It makes her 25 years old as of 2021. Her father’s name is Madanpal Goswami and her mother is Anita Goswami. Madanpal is a bus conductor and Anita is a housewife. She also has a brother Kapil Goswami. Kapil is a national-level boxer, but currently doing a private job. According to astrology, she has Pisces as her zodiac sign. Similarly, she follows Hinduism and holds an Indian nationality.

Looking retrospectively toward her educational journey, she completed her schooling at Kanohar Lal Girls School. She enrolled at B K Maheshwari Inter-college in Meerut. She is an arts graduate. 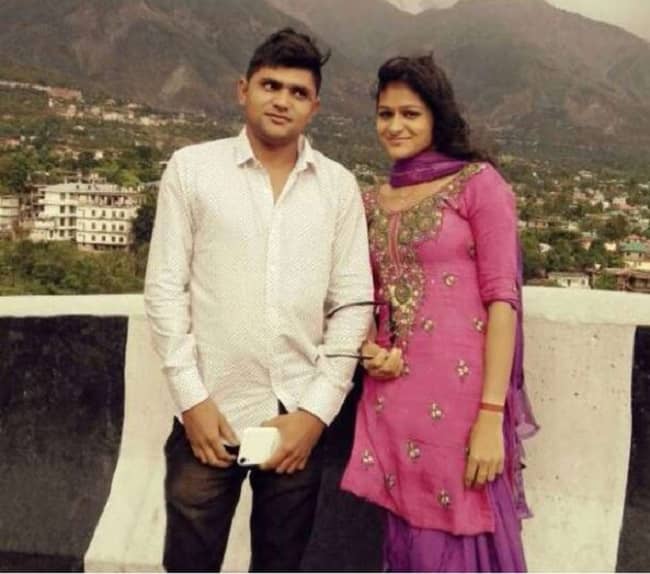 Priyanka Goswami is an Indian athlete. She mainly participates in the 20-kilometer race walk under the track and field category. Before being involved in this format, she was interested in gymnastics during her school time. She even had support from her parents but she could not continue it. However, she decided to return to the sports arena after a gap of few years.

Priyanka started the journey of race walking in 2011. She used to participate in the local and national level tournaments in the commencing days. The talent, hard work, and determination started to pay off gradually. She won lots of medals in the national competitions. Further, she participated in the all-India railway competition, World Walk Championship in Italy, and even in Asian Walk Championship in Japan. She has a national record of completing the race in the least amount of time under her name.

Apart from it, she also joined the Railways as a clerk through the sports quota. She has qualified for Tokyo Olympics too after winning the 20km race walking at the 8th National and International Race Walking Championships 2021.

Priyanka has few records on her name. Along with it, different organizations have also awarded her for her achievements. UP government in 2021, awarded the Rani Laxmi Bai award to her. It was awarded by the  Talking about her feats in the game, she won the 8th Open National and International race walking championship.

Priyanka is able to live a comfortable life and help her family too. Her main source of income is from participation in different national and international events. There are no reports disclosing her total net worth as of 2021. 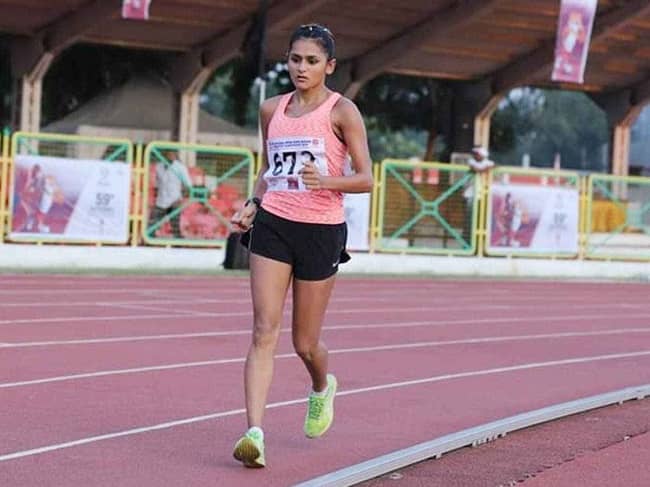 Caption: Priyanka Goswami during a race (Source: Times of India)

Priyanka Goswami is a very goal-oriented athlete. She has dreamt of winning a medal in Olympics. As of today, she has not revealed any kind of information regarding her relationships with any other person. However, she is straight regarding gender choices. Further, she has not been drawn to any kind of controversies too.

The athlete gal has maintained her body perfectly. She has a height of 5 feet and 4 inches. The weight of her slim trim body is about 48kg. Similarly, she has dark brown eyes and the color of her hair is black. Unfortunately, there are no details on her total body measurements.