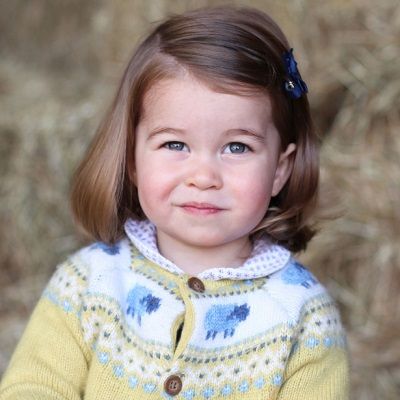 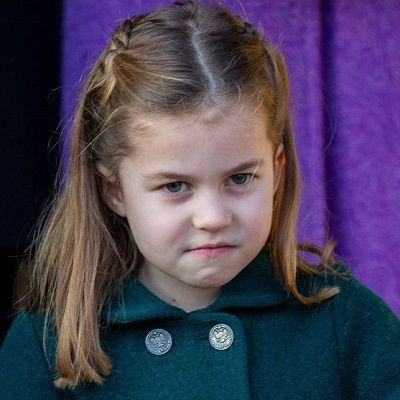 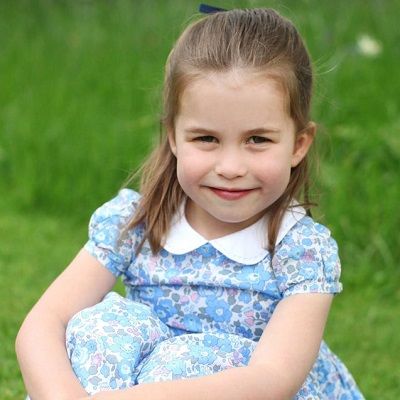 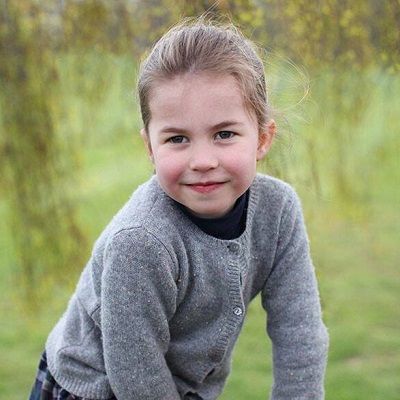 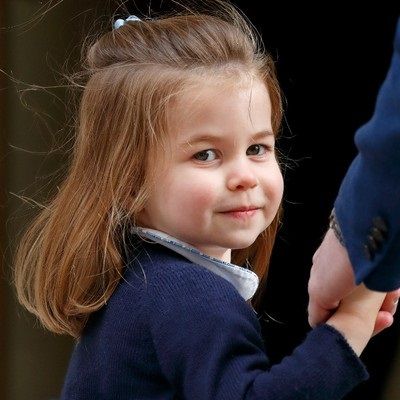 Princess Charlotte was born on 2 May 2015, in Lindo Wing of St Mary’s Hospital, London. In 2022, she is 7 years old. Several landmarks were illuminated pink to mark her birth, including Tower Bridge, the London Eye, and the Trafalgar Square fountains, there were also gun salutes at Hyde Park and the Tower of London.

On 4 May, her name was announced as Charlotte Elizabeth Diana, with her middle names being chosen in honor of her paternal great-grandmother Queen Elizabeth II and paternal grandmother, Diana, Princess of Wales. Currently, she is 5 years old and her zodiac sign is Taurus. She has two siblings named Prince George of Cambridge and Prince Louis of Cambridge.

She started her education at the Willcocks Nursery School, near her family’s home in Kensington Palace, in January 2018. However, she joined her brother Prince George at Thomas’s School in Battersea in September 2019, where she is known as Charlotte Cambridge. 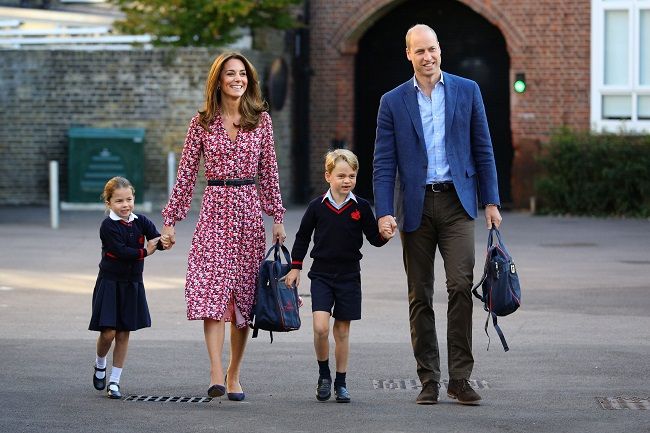 Caption: Princess Charlotte while going to the school with her brother. Source: New York Post

Moreover, Prince William and Catherine, the Duke and Duchess of Cambridge, announced they were expecting their second child in September 2014. The Duchess went into labor at Saint Mary’s Hospital in London on May 2, 2015. Further, Princess Charlotte was born at 8:34 am that morning, weighing 8 pounds 3 ounces. Later, she met big brother Prince George for the first time when William brought him to the hospital for a visit.

And the full name of the newborn is Charlotte Elizabeth Diana. However, each part of her name pays special tribute to members of the royal family. Moreover, the name, “Charlotte” is a feminine form of “Charles” and honors Prince William’s father. However, this name is also important to her mother’s family as well, as aunt Pippa Middleton’s middle name is Charlotte.

And the name, “Elizabeth” is a traditional name within the British royal family, and is the name of William’s grandmother and great-grandmother. Then, the selection of “Diana” reflects the royal couple’s desire to remember William’s late mother Princess Diana. 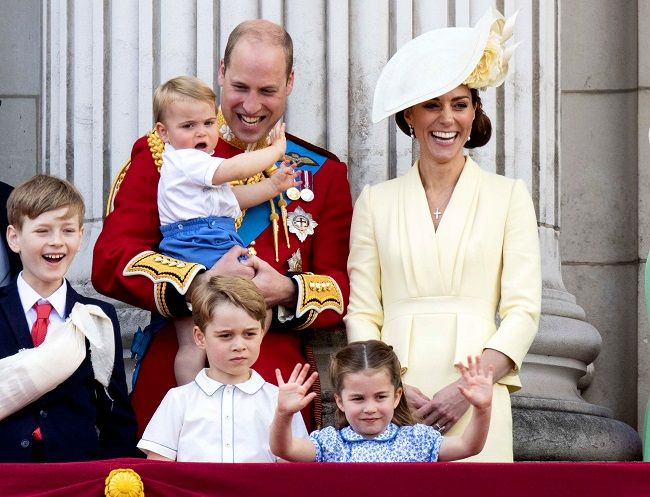 Caption: The Royal family while showing up in the public. Source: Us Weekly

Princess made her first public appearance on the day of her birth with her parents on the steps outside the hospital. And they soon left to go stay at their residence at London’s Kensington Palace. Before that, the infant received visits from other members of the royal family, including her grandfather Prince Charles and her great-grandmother, the reigning queen Elizabeth II.

After her arrival, they knew she has been inundated with gifts from around the world. Furthermore, a Tasmanian merino wool blanket was sent to her by Australian prime minister ‘Tony Abbott on behalf of his country. And, Israeli President Reuven Rivlin’ expressed his country’s congratulations with a pink dress bearing the words “From Israel with love.”

And after a few days after her birth, Charlotte left London with her family. She lived at the family’s country home, Anmer Hall, for the next few months. Moreover, her father took paternity leave from his job as an air ambulance pilot to spend time with her.

Charlotte was christened in the church at St. Mary Magdalene in Sandringham, Norfolk, the church where her late grandmother Diana was also christened on July 5, 2015. Moreover, she wore a royal christening robe — a replica of a gown made for Queen Victoria’s eldest daughter, Victoria, in 1841 — and arrived in a pram pushed by her mother, alongside her father and big brother walking next to her.

The ceremony was conducted by Archbishop of Canterbury Justin Welby. In a gesture of inclusiveness, the Duke and Duchess of Cambridge invited the public onto a field outside the church to participate in the special day. Further, an announcement from Kensington Palace read: “The Duke and Duchess are hugely grateful for the warm wishes they have received since Charlotte’s birth—many of them from local people in Norfolk—and are delighted the paddock can be opened on the day of the christening.”

Similarly, on April 23, 2018, Kensington Palace announced that the Duke and Duchess of Cambridge welcomed their third child, a son. Her new brother will be fifth in line to the throne after her and before their uncle Prince Harry. She accompanied her parents on their royal trip to Canada in September 2016. She also accompanied her parents to Poland and Germany in July 2017.

Charlotte also appears at the royal wedding of Prince Harry and Meghan Markle. The wedding took place on May 19, 2018, at ‘St George’s Chapel in London. At the wedding, Charlotte wore an ivory dress designed by ‘Givenchy.’ Moreover, Meghan Markle’s shoe designer Aquazurra designed her shoes.

As per UK legislation that came into effect in 2015, male and female heirs of the royal family will have equal rights to the British throne. Therefore, Charlotte remains fourth in the line of succession despite the birth of a younger brother, Prince Louis. Moreover, she made her first TV show appearance on the talk show Good Morning America Weekend Edition in 2015.

Princess Charlotte is way too young for any kind of relationship. She would get a perfect match shortly. She has not been involved in any kind of rumors and controversies. However, she is still a young girl who is spending her time with her family and studies.

No wonder, Princess Charlotte is a pretty girl having an attractive personality. Her body stats might change for some more years. Furthermore, At the time of her birth, she weighed 8 lbs 3 oz (3.7 kg). However, as of now, she is 2 feet 5 inches tall and she weighs around 14 kg. As she is too young, it is not possible to determine her physical interests at the moment. Further, she has blonde hair and a pair of hazel eyes. 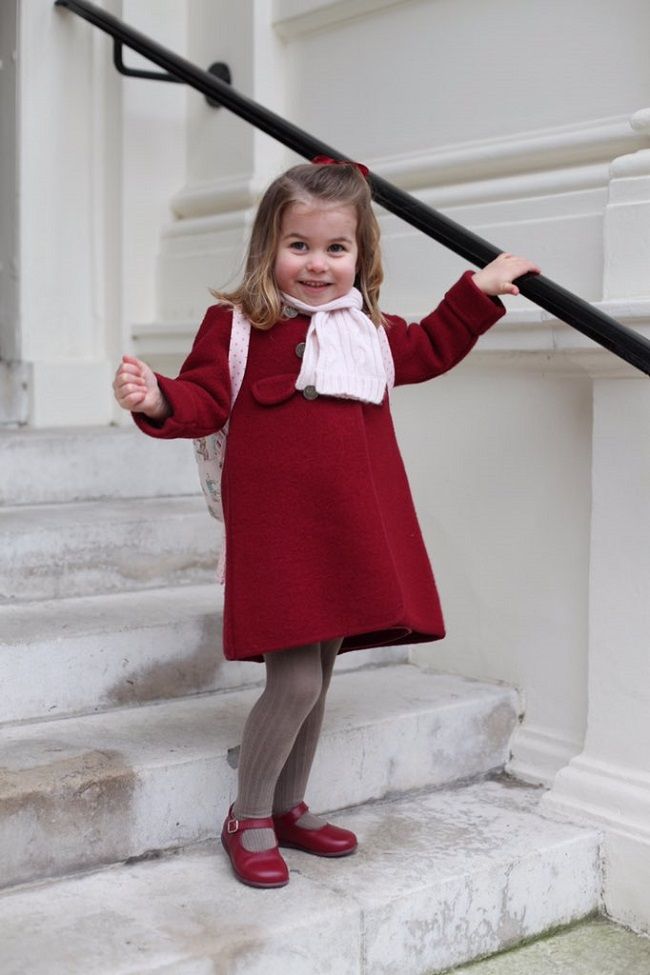 Neither Princess Charlotte nor other senior members of the royal family including his sons Princes William and Harry have their own personal social media profiles. Meantime, the Duchess of Sussex revealed how much better she feels since deleting her accounts before marrying Harry in May 2018.

Though royals including the Duchess of Sussex and Duchess of Cambridge don’t have social media accounts of their own, there is an official channel to share their news via Kensington Palace. ‘@kensingtonroyal’ Instagram account has earned more than 11.6 million followers.

Moreover, Charlotte might be the middle child of Prince William and Kate Middleton, but she is No. 1 when it comes to her net worth. It estimates at around $5 billion the year she was born. In 2015, the year Charlotte was born, as per CNN reports, her net worth was nearly $5 billion based on a report by Brand Finance.

Brand Finance estimated that the “Charlotte Effect” brought in $150 million in revenue for the country. It was after four months after Charlotte’s birth. Likewise, it is very similar to the “Kate Effect” and the “Meghan Effect”. “The unofficial endorsement of Charlotte, George, and Kate, in particular, has a profound financial effect running into millions annually,” CEO David Haigh said at the time.