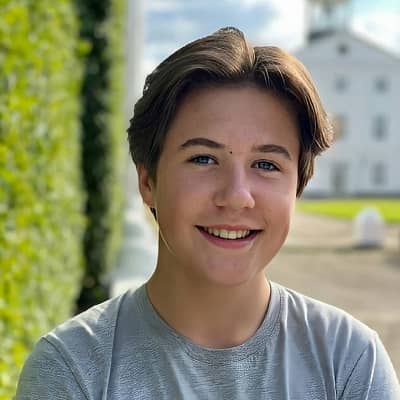 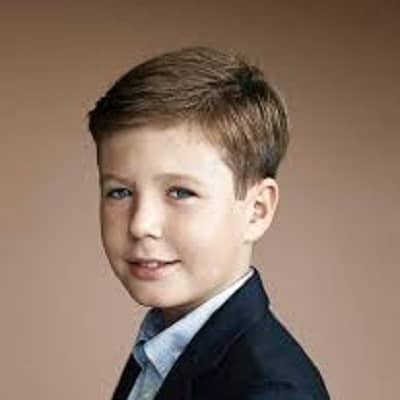 Prince Christian was born on 15th October 2005 and is currently 15 years old.  His baptist name is Christian Valdemar Henri John and being born in mid of October, his zodiac sign is Libra. Likewise, he was born in Rigshospitalet, Copenhagen, Denmark and he is Danish by nationality.

Similarly, talking about his ethnicity and he belongs to the Caucasian ethnic group and follows Christianity. He is the eldest child of Crown Prince Frederik and Crown Princess Mary, Courtess of Monpezat. Likewise, he is the grandson of Queen Margrethe II and Prince Henrik. Similarly, he is the elder brother of Princess Isabella, Prince Vincent, and Princess Josephine. 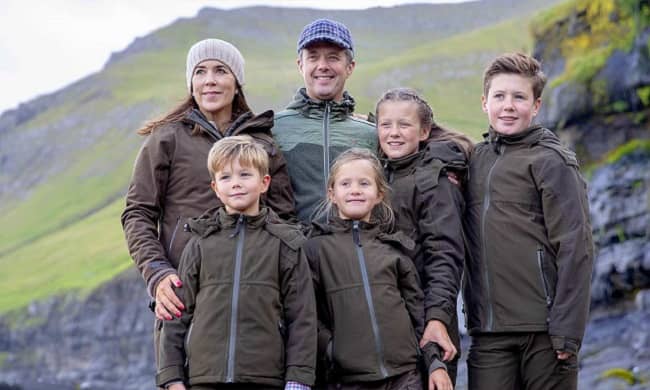 Prince Christian was born in the Copenhagen University Hospital in Copenhagen. He was born on Saturday, 15th October 2005 at 1:57 am. Similarly, at birth, he weighed 3.5 kg (7.7 lbs) and 51 cm (20 in). Likewise, right after being born at noon on this day, 21-gun salutes were fired from the Sixtus Battery at Holmen in Copenhagen and at Kronborg Castle marking the birth of a royal child.

Similarly, his birth was celebrated in Denmark as a royal birthday. Likewise, the Danish flag flew all over public buses and each official building. Additionally, on the sunset of the same day beacon bonfires were lit all over Denmark and Naval Home Guard vessels lit their searchlights and directed them toward the capital.

However, a week later his birth, on 21st October 2005 Prince Christian became hospitalized. He was suffering from neonatal jaundice which is usually a harmless illness and a fairly common one (especially in premature births). Likewise, his photographs showed a yellow tinge to his face and hands. Similarly, the doctors were examined by doctors and underwent blood tests, and then spent time in a lightbox under special colored light rays. It then broke down the bilirubin substance causing jaundice. However, fortunately, he made full recovery and his parents took him home the same day.

Likewise, Prince went for christening on 21st January 2006 in the Christianborg Palace Chapel by Bishop Erik Norman Svendsen. Likewise, he has eight godparents and they are Prince Joachim of Denmark (his Paternal Uncle), Jane Stephens (his maternal aunt), Jane Stephens; the Crown Prince and Crown Princess of Norway, Sweden, and Greece; and two friends of the couple Jeppe Handwerk and Hamish Campbell. Likewise, here he was named Christian Valdemar Henri John, continuing the Danish Royal Tradition of Alternating the name between Christian and Frederic in a direct lineage.

Similarly, Prince Christian became the first member of the Danish royal family to attend nursery school. Likewise, at the same age, he also had a nanny at the palace. Moreover, he became the first member attending the public state school in the royal family. Likewise, he also attended the opening of the new elephant house at the Copenhagen Zoo along with his grandfather Prince Henrik. Additionally, he was the one opening the elephant house by pressing a button on an interactive console. These elephants were a gift to the Queen and Prince Consort of Denmark by the Royal King and Queen of Thailand on their last visit to Thailand.

Likewise, on 19th June 2010, he became the page bot at the wedding of his godmother, the Crown Princess, and Sweden to Daniel Westling. Furthermore, on 17th November 2010, he along with his mother and grandfather went to the unveiling of a painting of the Prince of Denmark at Rosenborg Castle. Similarly, he also went to many official family visits to his family. Likewise, he made his official visit to Greenland on 1st-8th August 2014.