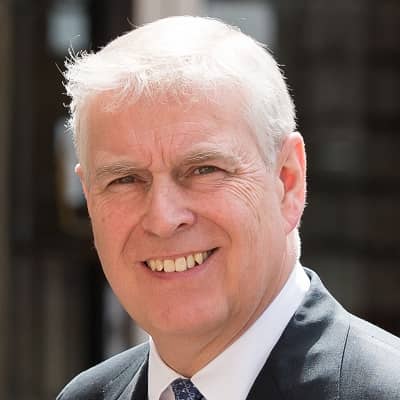 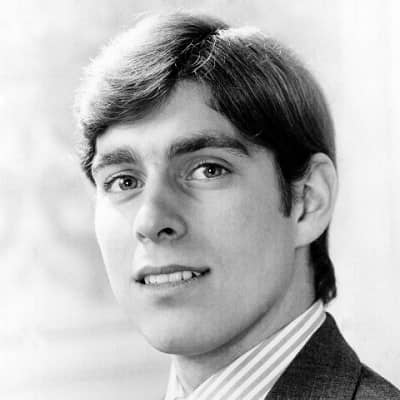 Prince Andrew is a member of the Royal Family of the United Kingdom. Prince Andrew is King Charles III’s younger brother, as well as the third child and second son of Queen Elizabeth II and Prince Philip, Duke of Edinburgh.

Prince Andrew was born on February 19, 1960, in Buckingham Palace, London, England his age is 62 years as of 2022 and Andrew is a naturalized British citizen who practices Christianity.

Similarly, his birth name is Andrew Albert Christian Edward and his birth sign is Pisces. Prince Andrew is Queen Elizabeth II’s third child and the second son of Prince Philip, Duke of Edinburgh. On April 8, 1960, he was baptized in the palace’s Music Room.

Since Princess Beatrice in 1857, Andrew was the first child born to a reigning British monarch. Andrew, like his siblings Charles, Anne, and Edward, was cared for by a governess who was in charge of his early education at Buckingham Palace.

Talking about his educational background, Andrew was sent to Heatherdown School in Berkshire, near Ascot. In September 1973, he enrolled at Gordonstoun, a school in northern Scotland attended by his father and elder brother.

His Gordonstoun classmates dubbed him “the Sniggerer” because of “his penchant for off-color jokes, at which he laughed inordinately.”

From January to June 1977, he participated in a six-month exchange program at Lakefield College School in Canada. He graduated from Gordonstoun two years later in July with A-levels in English, history, and economics.

Prince Andrew is a member of the British royal family who has earned a considerable income from his work. Andrew’s estimated net worth is around $7.5 million. Also, Andrew’s annual salary is $550k per year.

Andrew knew Jeffrey Epstein, an American financier convicted of sex trafficking in 2008. According to BBC News, the friendship was generating “a steady stream of criticism,” and there were calls for him to resign as trade envoy.

Andrew was also chastised in the media after his ex-wife, Sarah, revealed that he assisted Epstein in repaying £15,000 of her debts. Andrew was photographed strolling with Epstein in Central Park in December 2010 during a visit to New York City. Andrew’s role as trade envoy was terminated in July 2011, and he reportedly severed all ties with Epstein.

On December 30, 2014, lawyers Bradley J. Edwards and Paul G. Cassell filed a Florida court filing alleging that Prince Andrew was one of several prominent figures who engaged in sexual activities with a minor later identified as Virginia Giuffre.

Prince Andrew married her ex-wife Sarah Ferguson at Westminster Abbey on July 23, 1986. Queen Elizabeth II made him Duke of York, Earl of Inverness, and Baron Killyleagh on the same day.

During the late 1980s, the couple appeared to have a happy marriage and two daughters together, Beatrice and Eugenie, presenting a united outward appearance.

On March 19, 1992, the couple announced their intention to divorce amicably. Some months later, pictures of the Duchess in an intimate relationship with John Bryan, her financial advisor, appeared in tabloid media, effectively ending any hope of Andrew and Ferguson reconciling. On May 30, 1996, Andrew and Sarah got officially divorced. 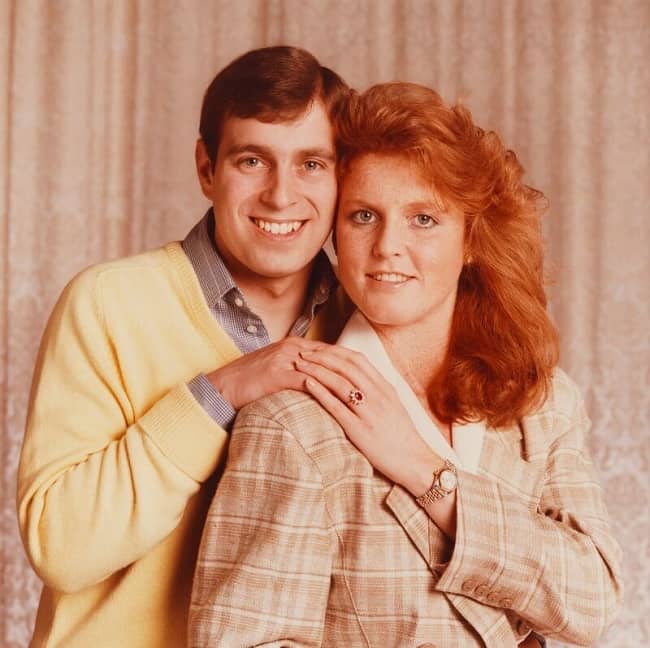 In November 1978, the Royal Household announced that Andrew would join the Royal Navy the following year. In December, he underwent various sporting tests and examinations at RAF Biggin Hill’s Aircrew Selection Centre, as well as additional tests and interviews at HMS Daedalus and the Admiralty Interview Board at HMS Sultan.

Moreover, during March and April 1979, he was enrolled at the Royal Naval College Flight, where he received pilot training until he was accepted as a trainee helicopter pilot on May 11, 1979, and signed a 12-year contract.

After receiving his wings, he moved on to more advanced training on the Sea King helicopter and conducted operational flying training until 1982. He joined the 820 Naval Air Squadron, which served aboard the aircraft carrier HMS Invincible.

Furthermore, in late 1983, Andrew transferred to RNAS Portland and was trained to fly the Lynx helicopter. On 1 February 1984, he was promoted to Lieutenant, and Queen Elizabeth II appointed him as her aide-de-camp. 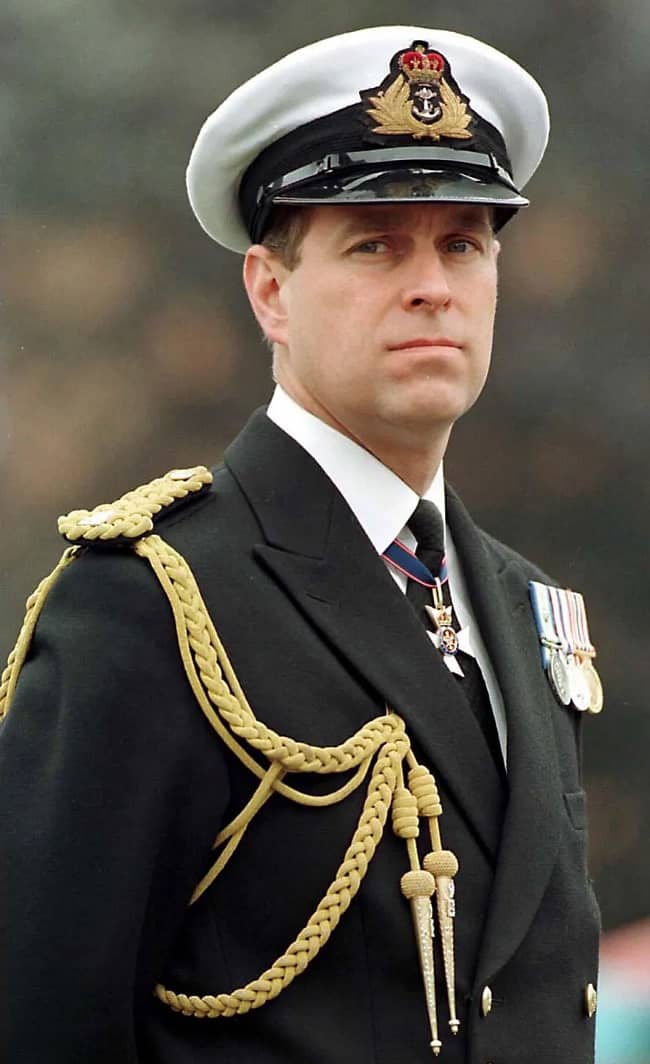 Prince Andrew has not endorsed any brand, nor has he promoted anything, nor has he been seen in any brand collaborations.

Andrew was appointed as a midshipman on September 1, the same year, and enrolled at Britannia Royal Naval College, Dartmouth. He also completed the Royal Marines All Arms Commando Course in 1979, for which he was awarded the Green Beret.

Moreover, on 1 September 1981, he was commissioned as a sub-lieutenant; on 22 October, he was assigned to the Trained Strength. 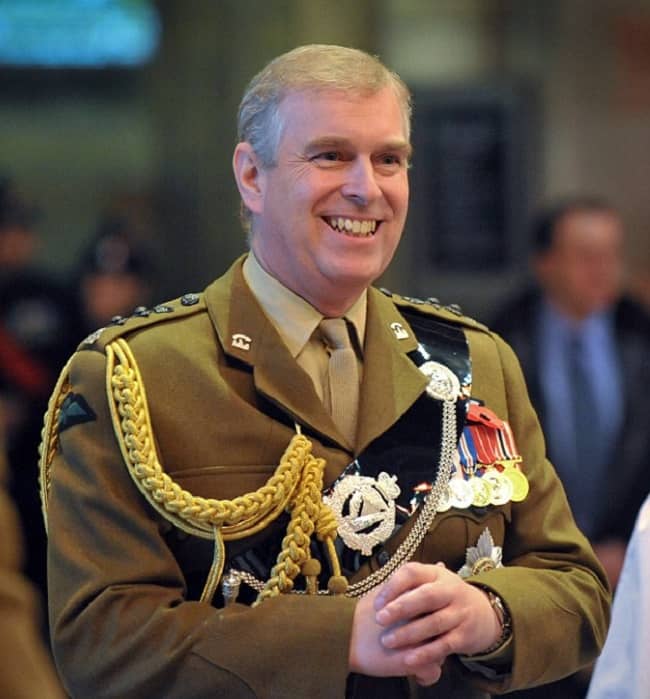 Talking about Andrew’s height he is 6 Feet tall and weighs 85kg. Moreover, Andrew’s eye color is blue and his hair color is brown. Also, Andrew’s shoe size is 12(US).

Prince Andrew is not active on social media. Andrew likes to be present and keep his personal life private, hence he does not use any social networking sites. However, there are some fan-made Andrew profiles, some of which have been suspended.