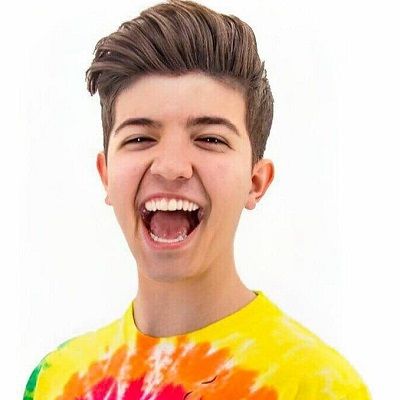 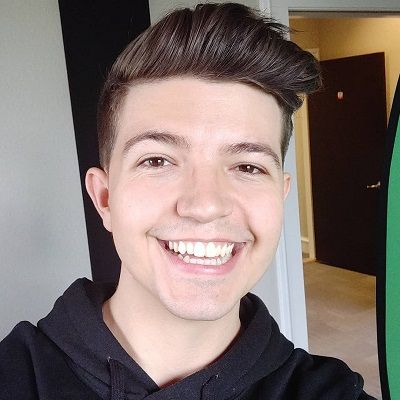 PrestonPlayz is a famous YouTube gamer famous for his channels TBNRfrags and Preston. PrestonPlayz frequently posts a variety of content including challenge and prank videos, as well as his Minecraft and Roblox gaming content.

PrestonPlayz’s age is 27 years old. He was born on May 4, 1994, in Texas, the United States under the astrological sign Taurus. His birth name is Preston Arsement. His mother’s name is Jaye Arsement and his father’s name is David. However, he is his step-father. When he was three months old, his biological mother and adoptive father married. He has even stated that his new father loves him as much as his biological children. Similarly, he has no desire to meet his biological father. 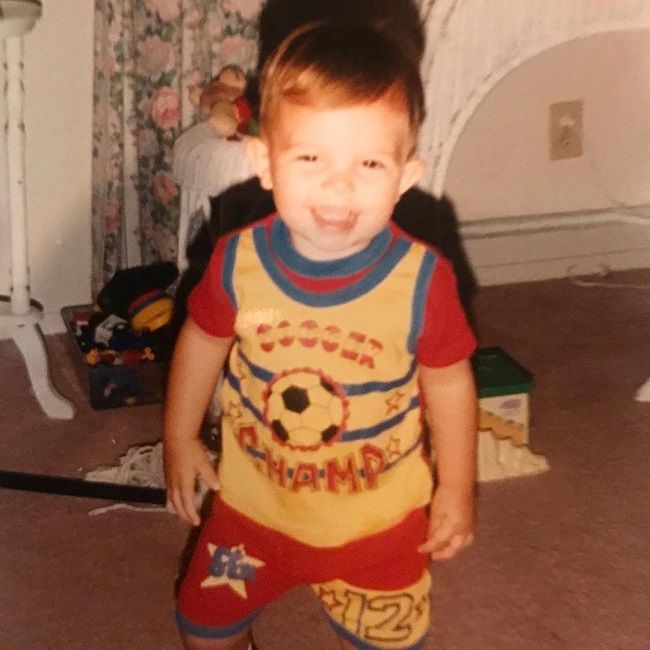 Moreover, he has five siblings. He has an older brother named David and another elder brother named Daka who served in the Navy. Further, he has two younger half-brothers named Joshua and Caleb and a younger half-sister, Keeley. All of his half-siblings play Minecraft. His father, as well as other siblings, also have their own YouTube channel KeeleyElise, TbnrCJ, PapaFrags, and Brianna.

Similarly, he grew up playing all sorts of sports like soccer, baseball, and basketball. At the age of 11, he developed an interest in paintball and dreamed of playing the sport professionally.

Likewise, he holds American nationality but has not mentioned his ethnic background. Moving toward his educational background, he studied at Travis Academy of Fine Arts.

Talking about PrestonPlayz’s professional life, he is a famous Youtube gamer who gained fame through his gaming YouTube channel Preston on July 4, 2012. However, he started posting videos in 2012. Moreover, he has successfully garnered 14.3M subscribers with 4,070,928,974 views as of May 2020.

His oldest video titled “EPIC LUCKY BLOCKS!” – CRAZY CRAFT (MINECRAFT MODDED SURVIVAL) – #39  on the channel dates back to February 23, 2014. His first debut video has garnered almost 1,093,020 views. Initially, he started getting good views on his channel. It encourages him to uploads more videos. And he posts the other Minecraft videos.

Besides gaming videos, he also posts other kinds of videos for the entertainment of viewers. Likewise, his YouTube series include ?FAMILY VIDEOS, ?TROLLING, ?HIDE N’ SEEK, ? REAL LIFE VIDEOS!, ?POOFLESS ADVENT CALENDAR 2018, and ?️BEDWARS. Moreover, the videos featuring his family includes “10 Ways to Prank My Wife’s House!,” “$10,000 Boy vs Girl BLASTER War Challenge!,” and many more.

One of the most -viewed videos on his Youtube channel titled “5 WAYS TO PRANK YOUR LITTLE BROTHER’S MINECRAFT HOUSE!,” was posted on January 2, 2019. This video has got almost 39,578,834 views. Othe popular uploads with millions of views are “I Said Yes to My Little Brother For 24 Hours” with 27M views, “Eating Only ONE Color of Food for 24 Hours! (Rainbow Food Challenge) with 23M views, Unspeakable Trapped My Wife & Me In A GIANT Bubble Tent…” with 23M views, and “5 WAYS TO PRANK YOUR LITTLE BROTHER’S MINECRAFT HOUSE!” with 39M views.

The challenge video on his channel titled “Eating Only ONE Color of Food for 24 Hours! (Rainbow Food Challenge),” has got 23M views. Recently on April 30, 2020, he posted a video “100 Layers of ICE vs Steel Challenge! *surprising*.”

In TBNRFrags, he posts the video related to his Call of Duty, though he has mostly been featuring Fortnite gameplay currently. This channel was basically his main channel, as he launched it about a year and a half before the Preston channel on Nov 29, 2010. But as of recently, his Preston channel is considered his main YouTube channel, He has gained over 5.52M subscribers on the channel. 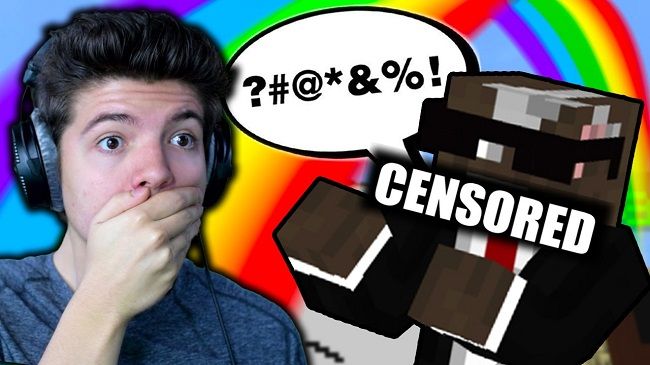 One of the most viewed videos includes “ROBLOX RAINBOW OBBY TROLLS my LITTLE BROTHER!,” with almost 11 million of views.

He formerly PrestonMinecraft is his Minecraft channel. He usually posted Minecraft Pocket Edition videos on this channel and frequently featured his friend Logdotzip, but he now posts Java Edition videos as well. He has garnered 5.53M subscribers on the channel.

One of the most popular videos on the channel is “5 Ways to Prank PrestonPlayz Minecraft House,” with almost 26 million views. His other famous videos are “TRAPPED IN MINECRAFT PYRAMID PRISON! *WIFE IS SCARED*,” and “5 WAYS TO PRANK YOUR WIFE’S MINECRAFT HOUSE!.”

Furthermore, he even owns a Minecraft server called CosmicPvP, along with another YouTuber, MrWoofless. The server started in 2014 and has multiple game modes, including Factions, HCF, and KitPvP. He has also played on this server several times on his channel, mainly in his factions series.

Speaking on his earning, he is a young and famous millionaire YouTube gamer who has earned a decent sum of money through his Youtube videos. PrestonPlayz runs five YouTube channels with different content videos of games. Individually, the channel earns over a million-dollar. Therefore, his estimated net worth is around $29 million. Furthermore, he lives a lavish and blissfully with his wife and family member through his good source of earnings. He enjoys his good fortune. 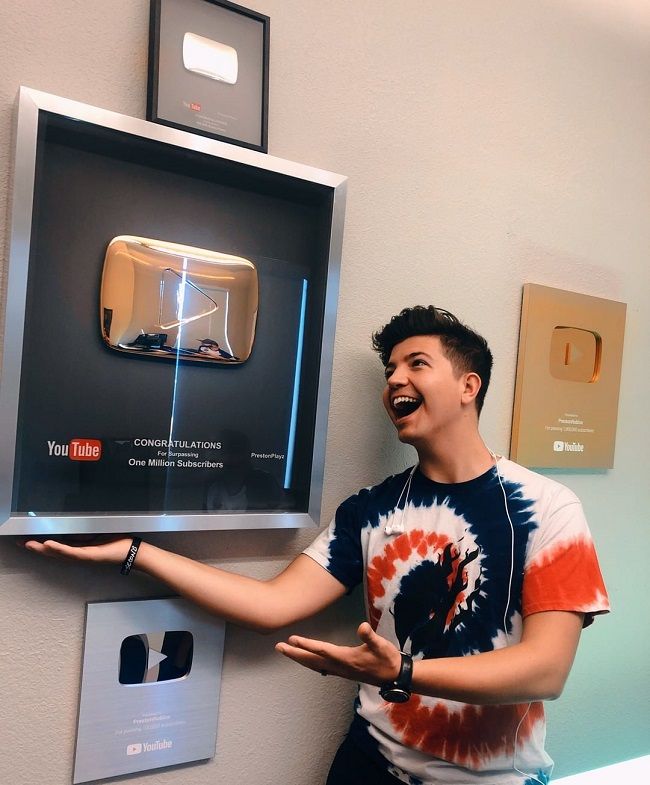 Is PrestonPlayz a married man? Who is his wife?

Reflecting on PrestonPlayz’s personal life, he is a married man. He married his girlfriend, Brianna Barnhart in May of 2018. The couple is very happy with each other to enjoy the rest of their life together. They were engaged in October of 2017. Brianna is also a social media star who has her own YouTube channel called Brianna.

Likewise, they often have multiple Q&A videos and vlogs featuring his wife and family on his main channel. She is a nurse professionally who enjoys singing and acting. Further, she is enthusiastic about his occupation of YouTube. She has appeared in several Minecraft, Fortnite, and Roblox videos on his channels. 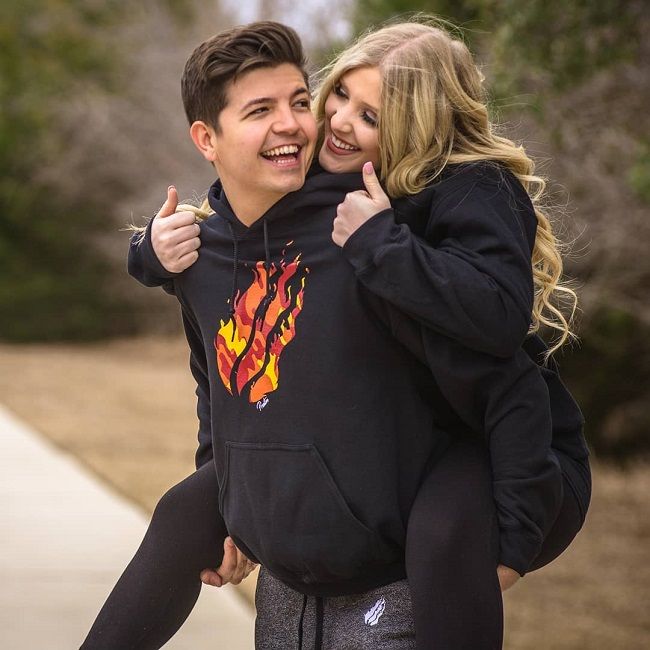 Caption: PrestonPlayz posing for a photo with his wife (Source: Instagram)

Talking about his past link-ups, he has dated an LA-based YouTuber called Paige in 2016. She has a YouTube channel called turnthepaige, which as of April 2020, has over 80k subscribers. Their relationship was confirmed on April 18, 2016. However, the duo broke up though in February 2017, and they are still very good friends.

Furthermore, there are no drastic rumors and controversy regarding his personal as well as professional life. He has been successful in maintaining a very clean image over the social media handle throughout his career.

This 26-years-old famous gaming personality is very handsome and good-looking. PrestonPlayz’s charming personality has attracted many girl fan followers toward him. He has a fit body physique. Likewise, he stands a good height of around 5 Feet 6 Inches (170 centimeters) and weighs around 65 kilograms (147 Pound) approximately.

Further, there is no other data regarding his body statics. Similarly, his hair color is brown and has a pair of attractive dark brown eyes.

Additionally, he has his own online merch. His TikTok account has garnered over 2.7 million followers with over 13.1 million likes.