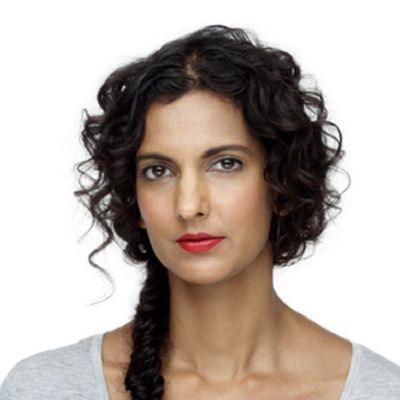 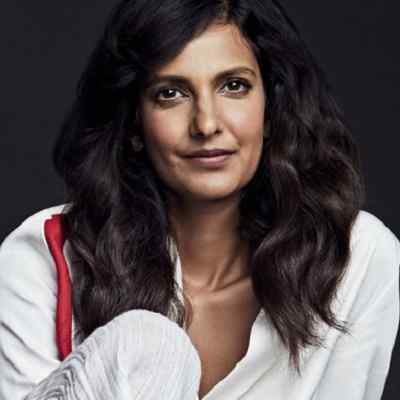 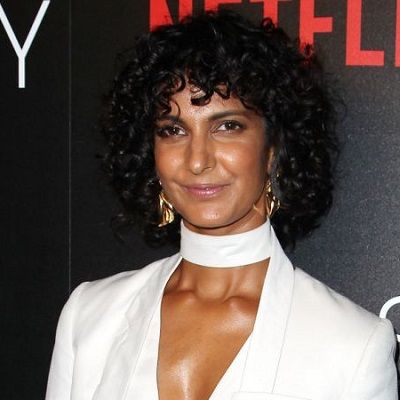 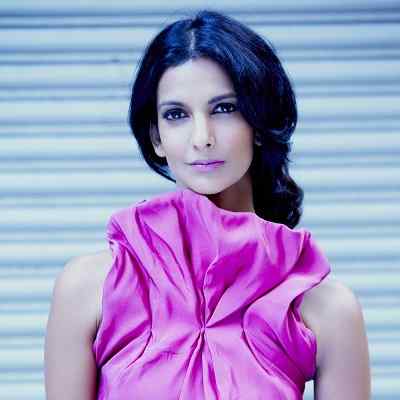 Poorna Jagannathan is an Indian-American actress widely recognized for having been cast on the critically acclaimed HBO drama series “The Night Of”. Poorna Jagannathan has also starred in the Bollywood cult-comedy “Delhi Belly”. Likewise, in the year 2020, she starred as Dr. Nalini Vishwakumar on the Netflix series “Never Have I Ever”.

Poorna Jagannathan was born in Tunis, Tunisia, Africa, on December 22, 1972. She is 47 years old and is under the birth sign, Capricorn. She holds the Tunisian and American nationality. Likewise,  Poorna grew up in several countries including India, Pakistan, Ireland, Argentina, and Brazil. Also, she can speak many different languages such as English, Spanish, Portuguese, Hindi, and Tamil.

Poorna’s father’s name is Krish Krishnan. He is an Indian diplomat. And her mother’s name is Vasantha Krishnan. Both of her parents are from Chennai, India. Likewise, she has an older sister and her name is Sharada. Moreover, she belongs to the Tamil family and is a South-Indian American. 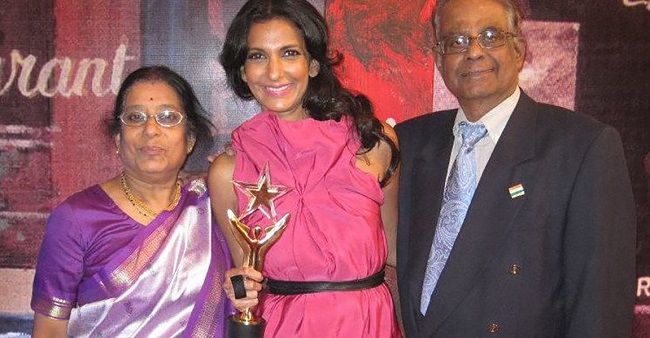 Regarding her educational background and qualification, she attended the University of Brasília before graduating in journalism from the University of Maryland, College Park. On a scholarship, Poorna studied toward a Master of Fine Arts in acting at the Actors Studio Drama School at Pace University. However, she dropped out after the first year but she continued to study acting under her mentor, Elizabeth Kemp, whom she met there.

Moreover, a year later, she starred in the series “Awake”. Then, in the year 2008, she joined the cast of the program “The Game”. Then after that, Jagannathan acted in the series “Numb3rs”. Further, from the year 2010 to 2011, she served as an actress in the drama “Royal Pains”. She was then featured in the American comedy-drama flick “Peace, Love, and Misunderstanding” as well.

Moreover, in the year 2017, Poorna starred in the series “Gypsy” as well as in the film “The Circle”. Recently, she was also a part of the cast for HBO’s “Room 104”. Further, she is an established theater actress and is a board and company member of The Barrow Group in New York City.

She recently lent her voice to three podcasts in the “Good Night Stories for Rebel Girls” series. The series is based on The New York Times Best Seller list books by Elena Favilli and Francesca Cavallo. She also read the stories of Mary Kom, Margaret Hamilton, and Madam C. J. Walker. Likewise, the series was named among the 50 best podcasts for the year 2018 by Time.

Poorna released the play “Nirbhaya” after getting moved by the devastating gang rape and murder incident that took place in Delhi on December 16, 2012. She released it in the year 2013. The play was directed by Yael Farber. It was opened at the Assembly Hall during Edinburgh Fringe Festival.

She was moved by gang rape and murder in Delhi and she initiated, produced, and acted in a testimonial play called Nirbhaya (“Fearless”, a pseudonym given to the victim). This play uses the rape and death of Jyoti Singh Pandey as a catalyst to break the silence about sexual violence. The play won the coveted 2013 Amnesty International Award as well as the Scotsman Fringe First and Herald Angel Awards. It even got 5-star reviews from The Independent, The Telegraph and The Herald.

Moreover, it got 4-star reviews from The Times, The Scotsman, the London Evening Standard, and Time Out. Likewise, the Sunday Herald called Nirbhaya “One of the most powerful and urgent pieces of human rights theatre ever made”. Then in March 2014, Nirbhaya was the centerpiece performance for Southbank’s “Women of the World” festival. It played to sold-out houses in the UK.

More About the Play…

Furthermore, this play opened to critical acclaim in India on March 17, 2014, playing to sold-out houses in Mumbai, Delhi, and Bangalore, after a successful Kickstarter campaign to fund an India tour. And, in August 2014, The Guardian audiences voted Nirbhaya among the top 10 “best fringe moments” in the Edinburgh Festival’s history.

It opened to rave reviews at The Culture Project in New York City in May 2015.  It also rose to become The New York Times Critics’ Pick. The play toured for almost three years in multiple cities in Ireland, Canada, the UK, India, and the U.S. A lot of reviewers stated that it was one of the most political and deeply moving pieces of theater ever made

Never Have I Ever

Poorna Jagannathan starred as Nalini Vishwakumar in the Netflix comedy “Never Have I Ever”. It was lauded by critics. She was praised by critics and many people among the crew members. Everyone was stunned by her acting in the series. Also, most of them even said that nobody could have played the role of Nalini Vishwakumar better than Poorna Jagannathan.

Poorna was very good and perfect for the role. Every person loved her role as she played it really well. She has been a revelation in this series. The little things such as the mumbled exclamations in a different language, the slight gestures and paranoiac side-eyes of the Indian aunty, the seemingly effortless bridging of the paradox between ancient tradition, the nearly untraceable Indian accent, and modern necessity which made Poorna stand out among others in the series. Furthermore, the series was a hit and loved by a lot of critics. 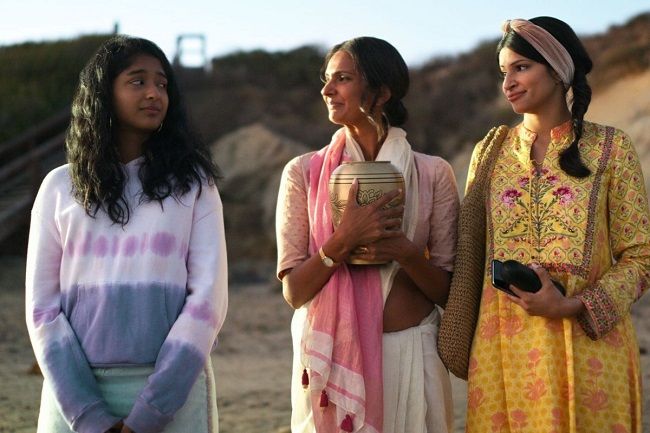 Caption: Poorna Jagannathan in one of the scene of the series “Never Have I Ever” (Source: Google)

Poorna Jagannathan has been featured on the cover of Harper’s Bazaar, Marie Claire, Femina, Jade, and Exotica. She has also covered in numerous publications like Vogue, Elle, Cosmopolitan, and Grazia. Likewise, in the year 2014, Verve magazine named her among the top 50 most powerful women in India.

She was also featured in Vogue’s October 2012 anniversary issue as one of 8 women who are changing the face of beauty in India. Moreover, she was featured among the top 10 in Femina magazine’s “India’s 50 most beautiful women” in the year 2012.

Also, Vogue included her in their list of most stylish women in the year 2012, 2014, and 2015 as well. Likewise, Grazia awarded Jagannathan the “Best Dressed Award” for 2014. She was ranked “Most Fashionable Indian Woman” by Cosmopolitan in October 2013 and 2012.

Furthermore, Poorn was included in Verve’s “2012’s Best dressed Women”. Italian Marie Claire named Jagannathan as one of the 12 women from the East impacting Western cinema in the year 2012. She was also included in Elle magazine’s hot 100 lists for 2011. Moreover, Poorna was voted among the Top 50 Coolest Indians From Around The World for 2013 and 2011 by Desiclub.

Likewise, Jagannathan is also a brand ambassador for People for the Ethical Treatment of Animals (PETA).

Poorna Jagannathan has won many awards. For her performance in “Delhi Belly” which is the Bollywood movie, Jagannathan won the “Stardust award for Best Supporting Actress”. Likewise, she also won the “L’Oreal Femina Award” for Breakthrough Performance in the year 2012.

Moreover, she has also won the “Amnesty International Freedom of Expression Award”, “Scotsman Fringe First Award”, and “Herald Angel Award”. She won all of these awards in the year 2013.  Likewise, Poorna has also won “10th Annual Kamala Pasand Max Stardust Awards” for her Breakthrough Supporting Performance.

Poorna Jagannathan married to Azad Oommen on January 11, 2003. Also, the couple has a very cute baby boy. The baby’s name is Anav Oommen. Poorna seems very happy with her family and her love life. And she does shares a lot of cute and adorable pictures with her husband and son on her respective social accounts. 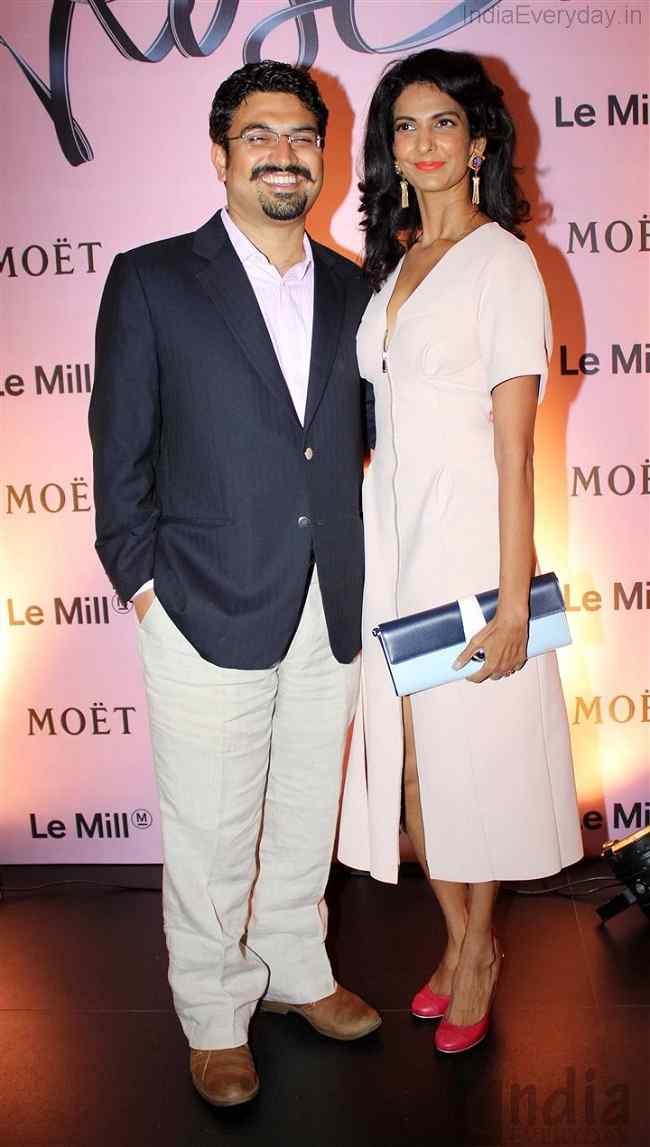 Poorna has a height of 5 feet 7 inches whereas her weight is 60Kg. Her other body measurements such as chest size, waist size, and hip size are 34-25-33 inches respectively. Likewise, she has got a lean body and a very beautiful face. Moreover, she has got black hair and black eyes.

Poorna is pretty active on all of her social accounts. She has garnered 171K followers on Instagram, 13.7K followers on Twitter, and 22.5K followers on Facebook. She does share a lot of pictures and tweets on her respective social accounts. Moreover, Jagannathan also shares about the things going on in the world like protests and all. Likewise, she is an inspirational person.

Talking about her income, she has a net worth of $200K respectively. The acting career is her main income source at the moment. She also earns through other sources as well.