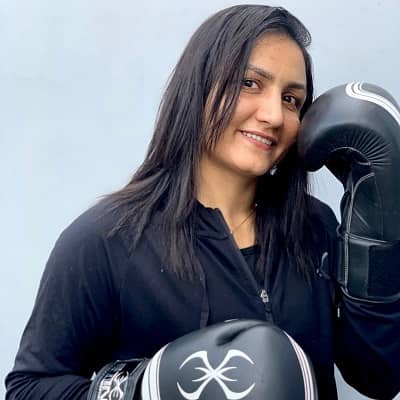 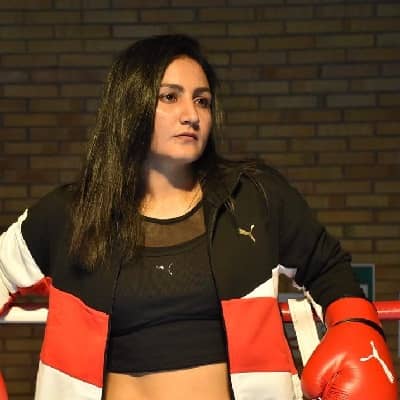 Pooja Rani is a well-known Indian Boxer to competes in the middleweight category. Further, Pooja is widely known for her incredible boxing career.

Pooja Rani born on 17th February 1991 in Nimriwali village, Haryana India. and is currently 30 years old. Her real birth name is Pooja Rani Bohra. The zodiac sign of Pooja is Aquarius. She was born to her father Rajbir Singh and her mother Damyanti Devi. Similarly, Bohra has an elder brother Arbind Bohra and an elder sister Poonam Bohra. Pooja’s father Rajbir is a former Sub-Inspector and is a strict father. Whereas, Pooja’s mother is a homemaker. Moving into their educational background and childhood, Pooja was interested in boxing since her childhood. However, her father was against her will. Rajbir didn’t want his daughter to fight with anyone or hurt anyone. So, due to such complications, Rani used to lie to her father telling him that she was studying at a friend’s home while she used to train at the Hawa Singh Boxing Academy. Moreover, Pooja’s mom used to cover up her story if Pooja has to stay at the training center icing her bruises and injuries.

Later, Rajbir comes to about Pooja’s boxing involvement and stopped her from taking boxing classes. At that moment, even her coach Plead her in front of her father to let her train because Pooja got the potential to compete on big stages and represent the country. So, Not letting her train is like hindering the success of the country in international sports events. Moreover, her father took them more than 6 months to convince her for letting her to attend boxing classes. 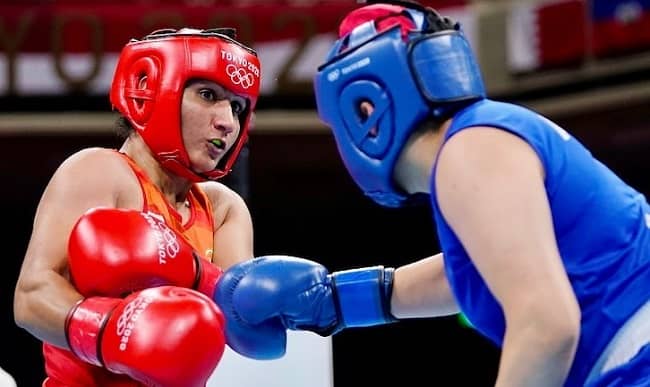 In addition, Pooja got her first International Gold in the 12th South Asian Games held in Shillong in 2016. Likewise, Rani got the Bronze in the 5th Nations cup held in Ruma, Serbia in 2016. Similarly, Pooja participated in Olympics Tokyo 2020. In Tokyo, Tani put a great fight spirit inside the ring and reached the Quater-finals. Moving into the relationship status, there is no proper information available regarding Pooja’s relationship. We will update our database shortly after Rani reveals his information. However, she might be single currently.

Talking about body measurement, Pooja has a pretty well-shaped and well-maintained body. Being an athlete, Pooja is very concerned about her body figure and physical appearance. Further, Rani stands at a height of around 5 feet and 8 inches. Likewise, Rani has a body weight of around 75 kg.

In addition, Pooja regularly does physical exercise and workouts to maintain her body figure and physical appearance. In fact, Pooja has a body measurement of around 34-30-34 inches. Likewise, Rani uses a bra of size 34D and shoes of size 6. Further, Rani has beautiful black eyes along with brown hair.

In addition, Pooja Rani has earned a pretty handful amount of money from her career. However, Rani has kept her annual income and salary secret from the media. As per the source, Pooja has an estimated net worth of around INR 10 crore.