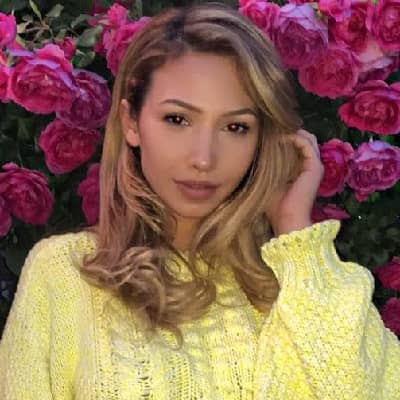 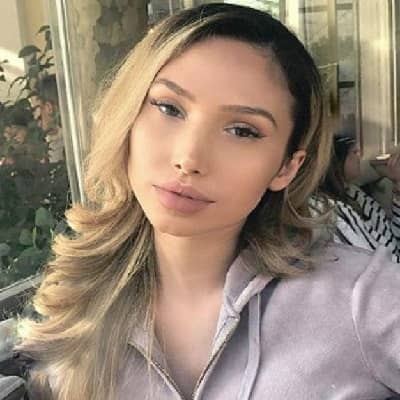 Polyxeni Ferfeli is a famous Greek model, Instagram star, and social media personality. Polyxeni Ferfeli received more media and public attention for being in a relationship with American football player Odell Beckham Jr. He plays as the wide receiver for the New York Giants of the National Football League (NFL).

Polyxeni Ferfeli was born in Thessaloniki, Greece on March 28, 1994. She is 28 years old. Her mother’s name is Mariana Ferfeli she works as a manager at The Laser Medical Centre.

Her mother is originally from Greece but currently lives in Bucharest, Romania. She also has a sister named Kassi Ferfeli. She holds Greek nationality and her birth sign is Aries.

In 2012, she enrolled at the prestigious Regent’s University in London, England. She attended the university for the following three years. Then she graduated with a bachelor’s degree in Global Business Management and Finance in 2015.

Moreover, she is multilingual and is also fluent in Greek, English, Romanian, and Spanish.

As a social media personality, she is very active on her social media accounts and keeps her followers updated. Her Instagram account is polyxeni_f which has amazing 32.4k followers. Similarly, she also has a self-titled Facebook account (Polyxeni Ferfeli).

Polyxeni Ferfeli started her professional career with the Elgeka Group in 2010 working as their marketing assistant. Eureka Group is listed among the largest companies in Greece that produces food and beverage. It has been active in the Greek market since 1974.

It provides an integrated system of commercial services, including sales, marketing, trade marketing, and logistics and serves as an integral link in the supplied link of the sector. She worked there for almost four months until August 2010.

Later on, she tried her luck in her modeling career and soon she became popular in the modeling world. She is among the famous Instagram models having thousands of followers. Likewise, she is a huge fan of Kim Kardashian and wants to follow in her footsteps.

In recent years, she has decided to change her career path and is currently pursuing a modeling career. Furthermore, she also owns a clothing line that has an Instagram page, @pferfeli.

Polyxeni is single and is not in a relationship with anyone. She shared a romantic relationship with a famous footballer named Odell Beckham Jr. The two have been spotted together several times and they shared a lot of posts on their official social sites together.

She and Odell have spent a nice time together. Also, they visited Six Flags Magic Mountain together. Moreover, their favorite vacation spot is Cancun, Mexico. 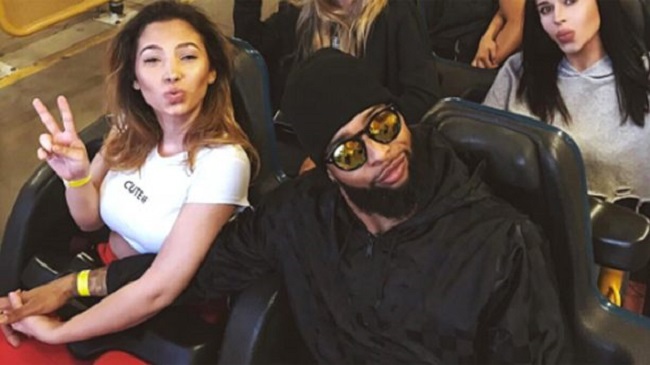 Later in 2017, Ferfeli and Odell reportedly separated but the exact reason for their separation was not mentioned. Soon after a year in 2018, the love birds were again spotted together and there are rumors that they are again in a relationship.

There is no information regarding her past relationships and affairs. Besides, there were also rumors in 2016 that her former boyfriend Odell is gay. As he was filmed singing Marvin Gaye’s Sexual Healing while in the bathtub and his friend comes out of the water surface.

But there was no confirmation.

Polyxeni has beautiful hazel eyes and black hair. Also, she often dyes her hair in blonde color. She has a height of 5 feet 6 inches and weighs around 52kg. Similarly, she has a slim body with measurements of 32-24-35 inches. 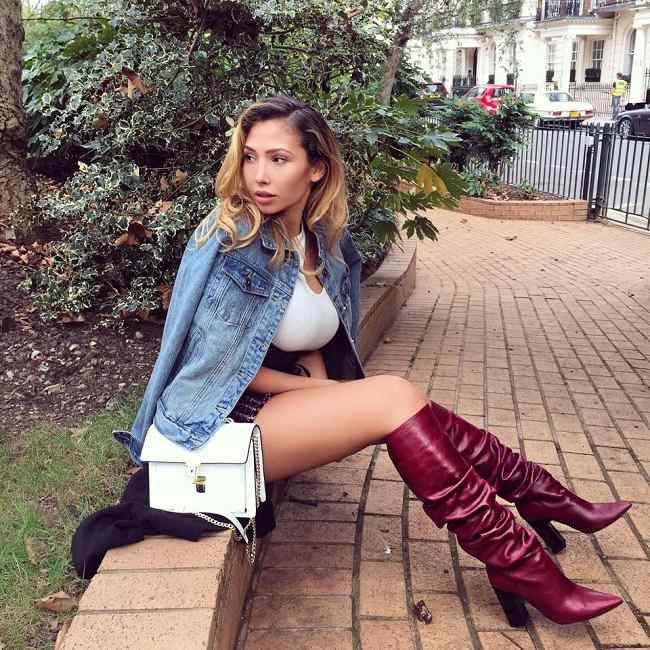 Polyxeni Ferfeli is a model by profession and she also worked in various fields including as a marketing assistant. So far, she has earned a decent amount of money from her modeling career. Her estimated net worth is around $1 million.

In addition to this, she is earning a sum of around $40,000 annually from her professional modeling career as a salary. Besides, her ex-boyfriend Odell Beckham Jr. is among the highest-paid footballers. His annual salary is above $18 million.

Furthermore, Odell’s net worth is above $30 million. He currently signed a five-year $90 million contract with the New York Giants in 2018. Odell is supposed to be earning a lot more shortly if he continues his football career.

She hasn’t so far mentioned any personal assets so we cannot assume anything regarding her assets but her ex-boyfriend has a nice car collection.