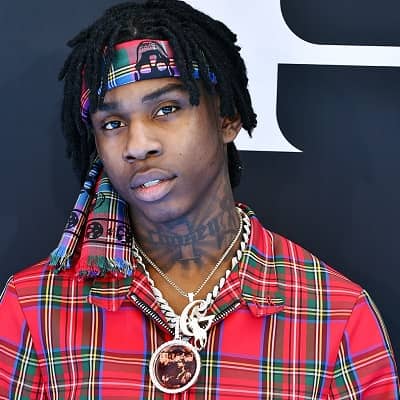 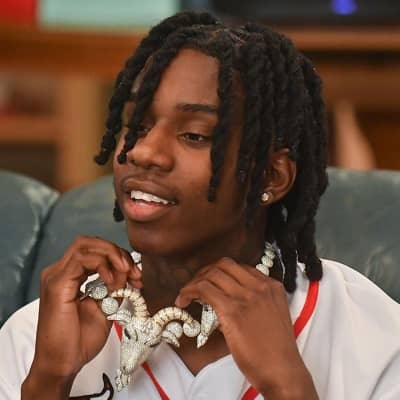 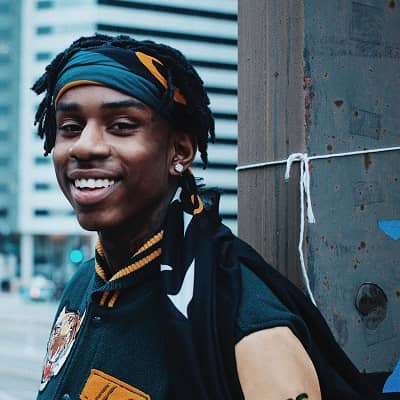 Polo G is a young American rapper, singer, songwriter, and record executive. Polo G is based in Los Angeles, California, but is originally from Chicago. He is best known for his albums “Die a Legend” and “The Goat”.

Polo G was born on January 6, 1999, and he is currently 22 years old. He hails from the Old Town area of Chicago, Illinois, and his zodiac sign is Capricorn. Talking about his family, he has an older sister named Leilani and she has been his tour manager. Moreover, his real name is Taurus Tremani Bartlett.

However, people recognize him by his stage names like Polo G, Lil Capalot, Mr. DoTooMuch, Wolo G, Polo CapalotCapalot, and The Goat. In August 2019, he was hospitalized and nearly lost his life. It was apparently after suffering an overdose at a party. 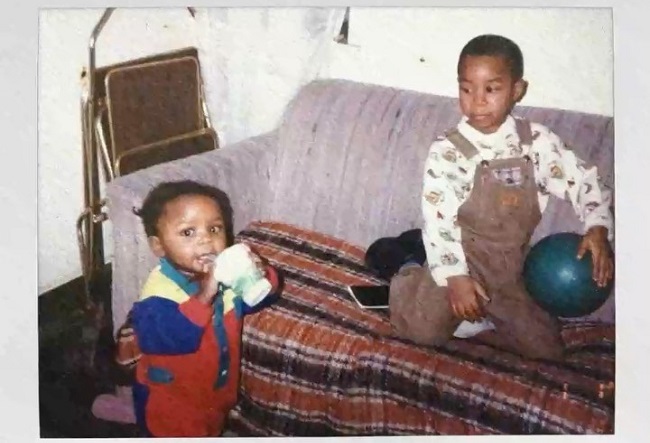 Professionally, Polo G is a rapper, singer, songwriter, and record executive. He rose to prominence in the year 2018 with his single Finer Things. In 2019, the rapper gained mainstream fame with his single Pop-Out which also features fellow rapper Lil Tjay. This song peaked at number 11 on the Billboard Hot 100.

Moreover, his singles were included on his debut studio album, Die a Legend released in 2019. This album peaked at number 6 on the US Billboard 200. Similarly, this album is also certified RIAA Platinum. His second studio album is titled The Goat and it was released in 2020.

This album peaked at number 2 on the US Billboard 200 and included ten Hot 100 charting singles. Additionally, he launched a clothing line called “Polo.G Capalot.” 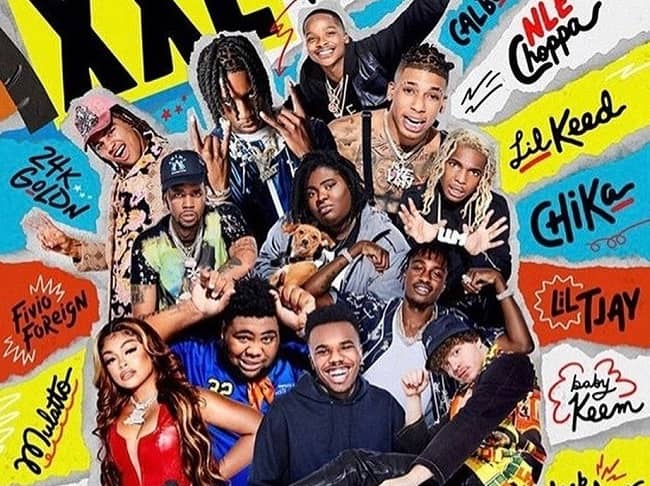 Caption: Polo G appearing on the cover as a part of the Freshman Class 2020. Source: Instagram

Music became an outlet for him to cope with the violent loss of several family members and friends. His first song was titled ODA. Upon creating a SoundCloud account in 2018, he released the track Gang With Me and this tract quickly racked up millions of plays.

He continued gaining traction with his songs Welcome Back and Neva Cared. Later, he released Finer Things. It is a song he wrote while incarcerated, in the latter half of 2018. This song quickly gained millions of views.

Likewise, in early 2019, he released Pop-Out featuring Lil Tjay. Additionally, this song’s music video gained over 200 million views on YouTube. This also led to a record deal with Columbia Records.

Furthermore, he also released videos for his songs Deep Wounds, Through Da Storm, Effortless, and Dyin’ Breed from his critically acclaimed debut studio album Die a Legend. He released this album on 7 June 2019 and it peaked at number 6 on the Billboard 200. Moreover, Heartless is a single released later in 2019 and it featured production from Mustard. He later featured this song on his second album.

On 14 February 2020, he released the track Go Stupid featuring fellow rappers Stunna 4 Vegas and NLE Choppa. The song also featured production from Mike Will Made-It and Tay Keith. Moreover, this song became his second song on the Hot 100 following Pop-Out.

Ten songs from this album hit the Hot 100. Some of them are the songs Flex featuring Juice Wrld and Be Something featuring Lil Baby. These songs peaked at numbers 30 and 57 respectively.

In July 2020, Juice Wrld featured him on the posthumous album Legends Never Die on the song Hate the Other Side. This song peaked at number 10 on the Billboard Hot 100 and it became his first top-ten single and highest charting overall song. 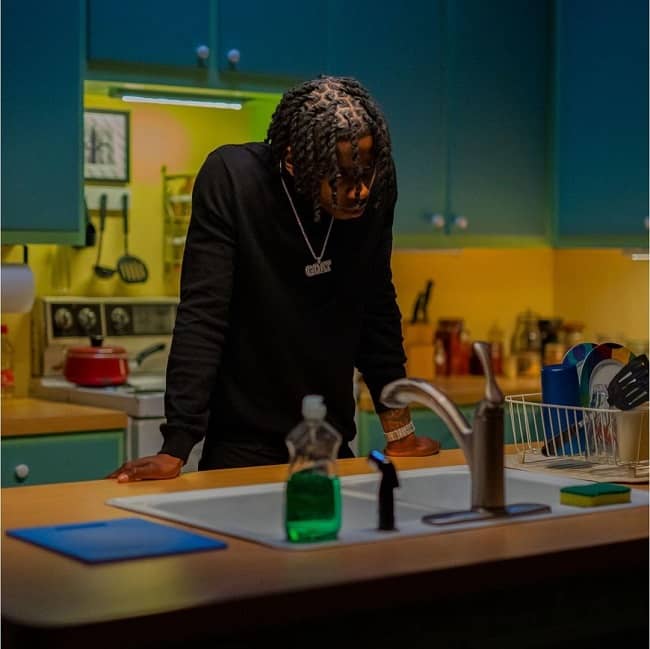 He originally gained fame for his Chicago drill sound. However, he eventually transitioned to a more melodic style. He is popular for his vivid and explicit storytelling and his lyrics often involve tough subjects including racism and mental health.

He also regularly pays homage to his hometown. Ayana Rashed of Respect noted that “he is also quick to acknowledge the common injustice and frequent police brutality he and so many others face on the daily”.

Moreover, he has stated that American rapper Lil Wayne and hip-hop icon Tupac Shakur are his biggest influences. Rapper he also grew up listening to Gucci Mane and Chicago rappers Lil Durk, G Herbo and Chief Keef among others.

In September 2020, he announced that he created his own record label called “ODA Records”. He created it in partnership with Columbia Records. ODA stands for “Only Dreamers Achieve Records”. Scorey, an artist from Syracuse, New York, was the first artist signed to ODA.

Polo G began dating Crystal Blease in the year 2018. However, it seems like he is currently single. Moreover, he has a son named Tremani Bartlett AKA Dooda. His baby also has an Instagram under the username @officialbabycap. Tremani was born on 6 July 2019. 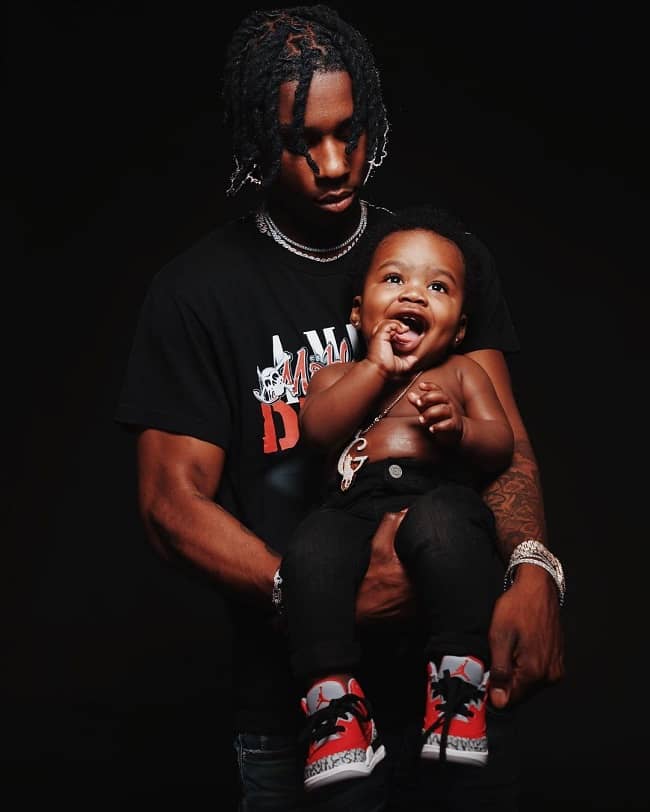 Caption: Polo G posing for a photo with his son. Source: Instagram

He stands tall at a height of approximately 5 feet 10 inches and weighs around 68 kgs. Similarly, he has chest-waist-hip measurements of around 42-32-38 inches. Moreover, he has dark brown eyes and curly hair of the same color.

Talking about his social media presence, Polo G joined Twitter in September 2016 and so far has over 1.5 million followers on his @Polo_Capalot account. Similarly, he goes by @polo.capalot on Instagram. This account boasts 112 posts shares and more than 5.7 million followers as of early December 2020.

He also created an official Facebook page and so far has over 90k people following his journey in December 2020. The rapper then created his Youtube channel on May 23, 2018. So far, this channel has earned more than 1.2 billion views and 2.8 million subscribers. Moreover, we can contact him at [email protected] for bookings. Moving on, he has a net worth estimation of approximately $3 million dollars.