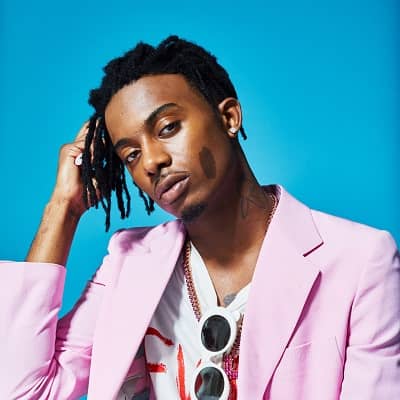 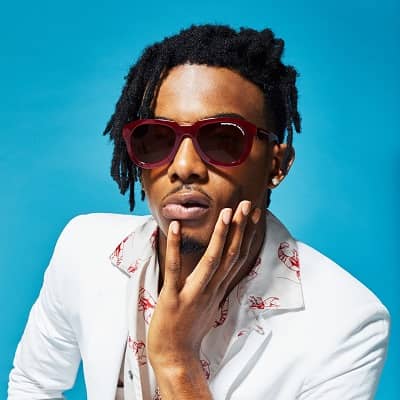 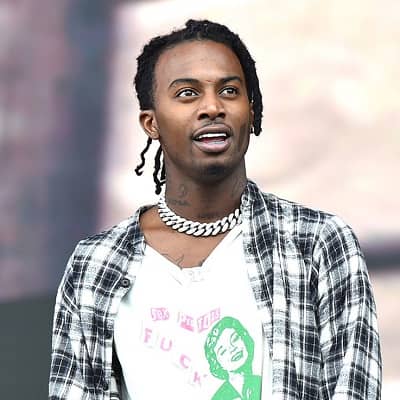 Playboi Carti was born on September 13, 1996, and he is currently 25 years old. His full name is Jordan Terrell Carter and he hails from Atlanta, Georgia. Though born there, Playboi Carti grew up in Fairburn, Georgia. During an interview with Complex in the year 2016, Playboi Carti revealed, “My ma couldn’t tell me shit. Nobody could tell me shit.”

This lifestyle influenced Carter to get into trouble as a youth and sway away from the idea of pursuing a higher level of education after high school. Playboi Carti attended North Springs Charter High School in Sandy Springs. Before rap, young Carti wanted to become an NBA star to try and make something of himself.

Playboi Carti stands tall at a height of 6’1″ and his weight is around 75 kgs. Likewise, Playboi Carti has dark brown hair and eyes of the same color, and his chest-waist-hip measures are 42-32-38 inches. 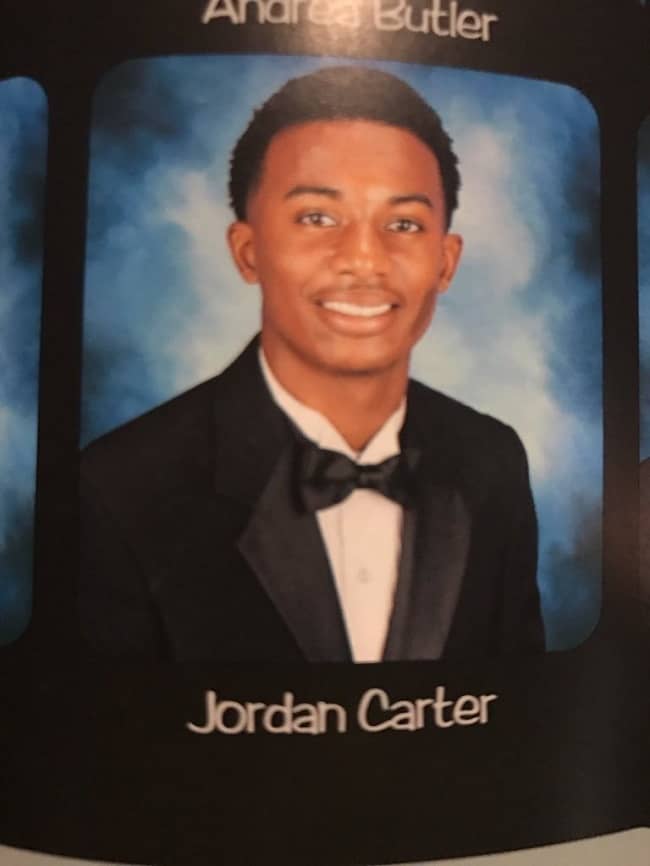 Basketball and the Beginning of Music Career

Growing up playing basketball, Playboi Carti looked up to players like Michael Jordan, Allen Iverson, Tracy McGrady, Deron Williams, Chris Paul, and Vince Carter among others. After not showing up to practice and getting into a disagreement with his coach, Playboi Carter stopped pursuing basketball as a career option. Following this, he started spending more time on music.

Playboi Carter skipped high school classes regularly to work on his music or go to his job at H&M which led to Carti barely graduating high school. The young Playboi Carti was so close to not graduating. Hence, no one showed up to his graduation since they didn’t know Carti was going to graduate.

Playboi Carti hated the idea of being an upcoming rapper working at H&M, so he decided to quit. Playboi Carti shopped in thrift stores in his youth, something that has affected his fashion and music style. 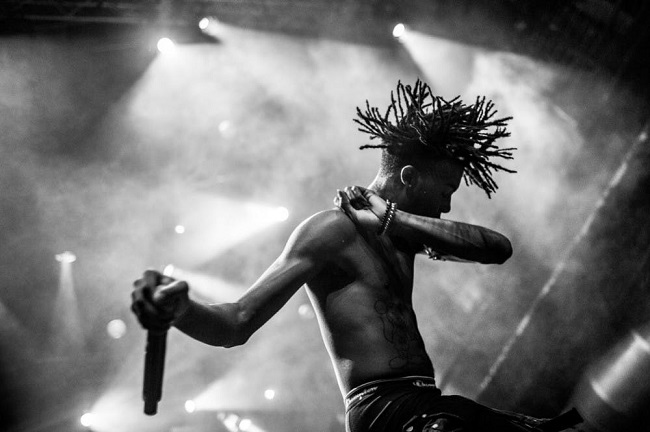 Professionally, Playboi Carti is a young rapper, singer, and songwriter. People recognize the young rapper for his experimental musical style, mumbled lyrics, gothic fashion, and mysterious public persona. The young rapper initially signed with the local underground label Awful Records. It was before he signed with ASAP Mob’s AWGE Label under Interscope Records.

After gaining a cult following early in his career, Playboi Carti gained mainstream attention in the year 2017. He then released his debut mixtape in April 2017. This album includes the Billboard Hot 100 charting singles Magnolia and Woke Up Like This.

Similarly, Playboi Cari’s debut studio album Die Lit was released in the year 2018. This album peaked at number 3 on the US Billboard 200. He had a two-year hiatus and he followed it with little new music released. Following the hiatus, Playboi Carti’s highly anticipated sophomore album Whole Lotta Red was released in the year 2020. This album debuted at number one on the Billboard 200. This also became his first chart-topping release.

People have described Playboi Carter as a “mumble rapper”. They describe his music as playful, hard-hitting, and very melodic. Similarly, Complex called Carti’s rapping style “spare and repetitive, more concerned with the flow, and catchy phrases.” 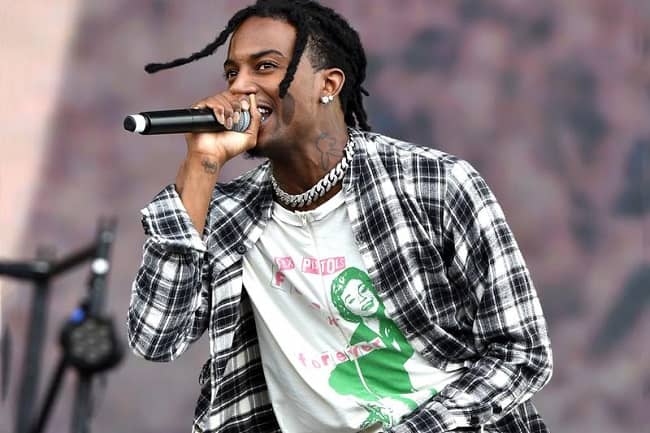 Caption: Playboi Carti was captured during a performance. Source: Hypebeast

Carter is also popular for his baby voice technique. This technique is characterized by his voice hitting high pitches with unclear pronunciations and frantic cadences. Playboi Carti has used this technique on popular songs including Almeda with Solange, Earfquake with Tyler, the Creator, and Pissy Pamper with Young Nudy and Pi’erre Bourne.

The New York Times has said that Playboi Carti’s rapping made it appear as if he was more at ease with the performance of the role than with the actual act of rapping.

As of June 2019, Playboi Carter was living and working in and around the Atlanta area. He lived in Atlanta after relocating from Los Angeles. 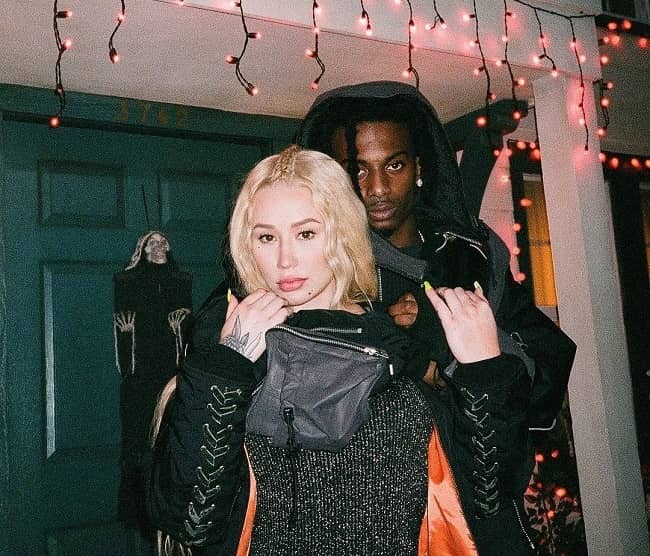 In July 2017, police arrested Playboi Carti for domestic abuse charges after arguing with his girlfriend outside of the Los Angeles International Airport. He then grabbed his then-girlfriend by her backpack and pulled her out of the terminal following the argument. In August, the authorities announced that the rapper would not face domestic abuse charges.

Additionally, the young rapper punched a driver in Gretna, Scotland. It was during his concert tour in February 2018. Following this incident, the authorities fined Playboi Carti £800 after a trial. The rapper was again arrested on 3 April 2020 on drug and gun charges. The following day, Playboi Carti was released on bond

In August 2018, Playboi Carti stated through his Twitter account that he had been diagnosed with asthma. The young rapper was later seen with an inhaler.

He also has a Youtube channel called “Playboi Cart”. He created this channel on May 2, 2018. So far, this channel has garnered more than 521.6 million views and 1.49 million subscribers while writing this biography. Moving on, Playboi Carti has a net worth estimation of approximately 9 million dollars.