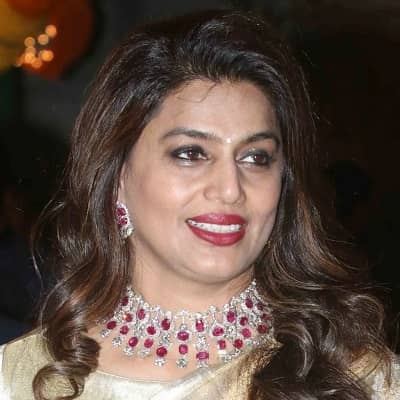 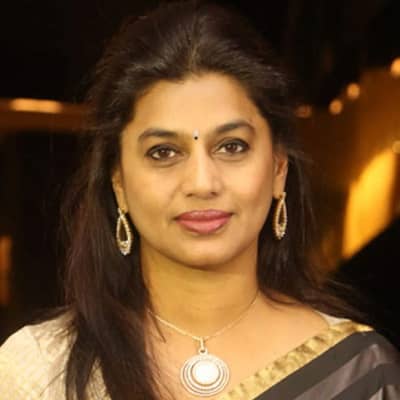 Pinky Reddy is an Entrepreneur, Social Activist, Businesswoman, and South Indian Celebrity from Hyderabad, India. Moreover, she is popular as the daughter of Indian Industrialist, Film Producer, and Politician Tikkavarapu Subbarami Reddy and friend of late Indian actress Sridevi. 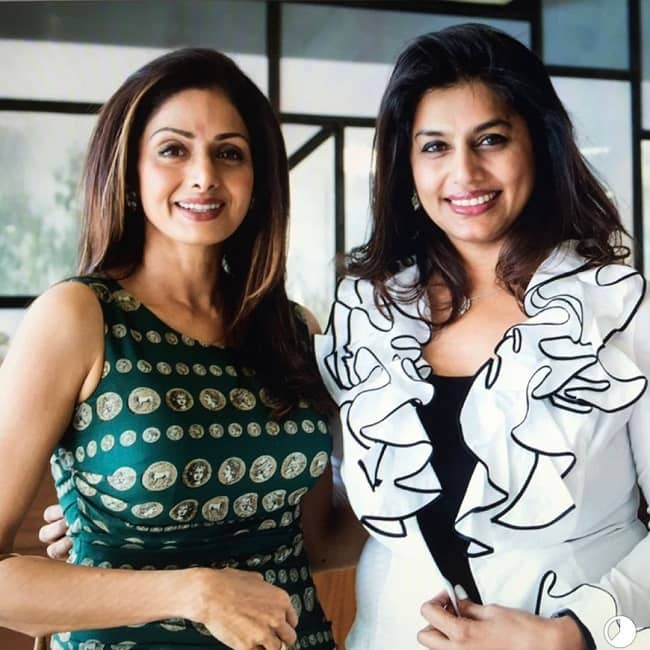 Pinky Reddy was born in Hyderabad, India on June 17th, 1967. Her zodiac sign is Gemini and she is 55 years old as of 2022. Moreover, her real birth name is Aparna Reddy. Additionally, her father Tikkavarapu Subbarami Reddy is an Indian Industrialist, Film Producer, and Politician and her mother’s name is T. Indira Subbarami Reddy.

Furthermore, she has a brother named Sandeep Reddy. At age of eight, she and the late Indian actress Sridevi became best friends. Moreover, she holds Indian nationality and belongs to the South Indian ethnic background. Furthermore, she grew up in a well-known South Indian family.

Talking about Pinky Reddy’s academic qualifications, there is not much detailed information regarding her educational life. However, considering her success and popularity, we can assume that she studied at the well-known University in her hometown.

Aparana is a popular Indian entrepreneur, art curator, and philanthropist who is better known as Pinky Reddy. Since her school days, she was talented and build leadership qualities. Her inherent values of discipline, interpersonal, and managerial skills after her marriage with G V Sanjay Reddy to propel her ambitions to become an iconic, self-made, aspirational woman entrepreneur.

Moreover, her husband is the vice-chairman of the GVK group which invests across various sectors including energy, airports, transportation, hospitality, and life sciences.  Her first step into art was as a member of the Hyderabad Crafts Council. Moreover, she actively supported the cause of Indian artisans by creating venues for them to showcase and sell their work. Her comprehensive knowledge of Indian handicrafts, primarily textiles and traditional art objects, was built on this foundation.

Additionally, she was the driving force behind the creation of the JAYA HE Museum in Mumbai Airport’s luxurious new Terminal 2. She used her skills, knowledge, and talent to work tirelessly behind the scenes, bridging the gap between American architects and Indian artisans to reinterpret Indian art and handicrafts to complement the airport’s setting. She saw the need to help financially disadvantaged craftsmen while traveling with the creative team and created her retail company Adaa.

Moreover, she developed three brands: The Lotus House, The Poparazzi, and Local, a culinary outlet under the company. She encouraged people to make gift items at home and assisted them in selling their goods at her stores. Her passion and commercial skill enabled her to make the paradigm change and utilize her skills to promote Indian crafts and artifacts favorably as a patron of Indian craftsmen, art, and culture.

Pinky Reddy served as the National President of FICCI Ladies Organisation (FICCI FLO) from 2018. However, there is no further information about the Indian Entrepreneur’s other achievements and awards.

Pinky Reddy has garnered a huge amount of money as an entrepreneur, businesswoman, and from her business ventures. According to online sources, the estimated net worth of the Indian businesswoman is around $9.6 million US dollars. 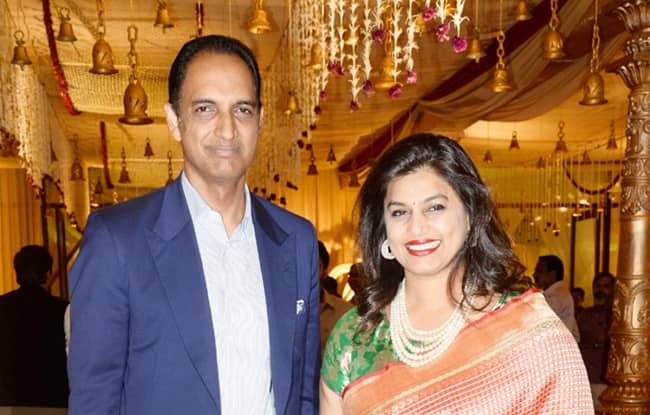 Pinky Reddy is married to the Indian Industrialist GV Sanjay Reddy. However, there is no information about when Pinky and Sanjay met each other and when they got married. Through their marriage, the couple has two children’s a son named GV Keshav Reddy and a daughter named Mallika Reddy Indukuri.

Pinky Reddy has brown eyes and black hair with a height of 5 feet 6 inches and a weight of 76 kilograms. Moreover, the Indian businesswoman has a shoe size of 7 and body measurements of 37-29-39. 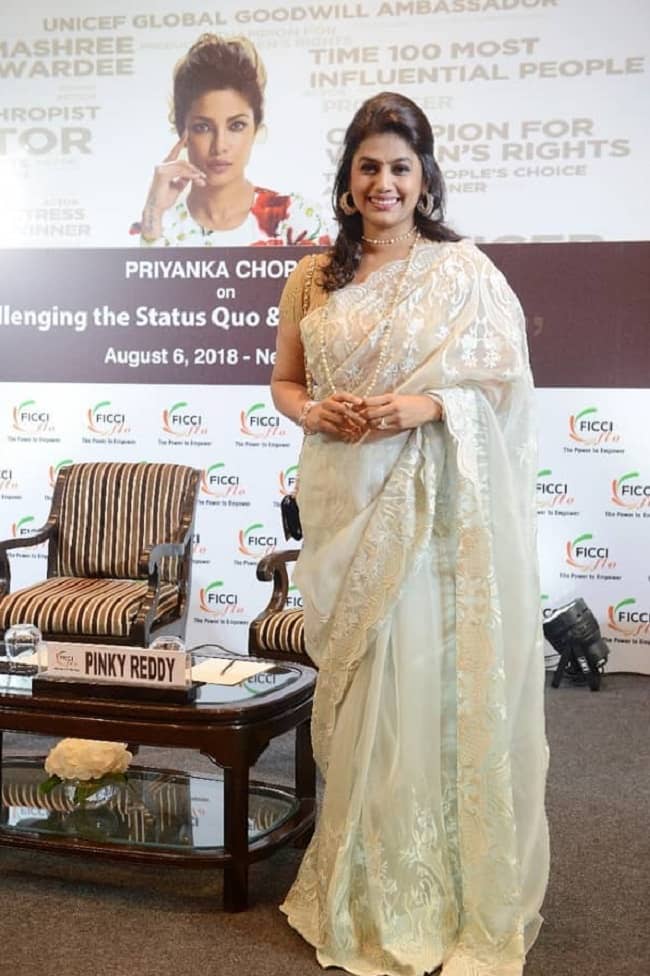