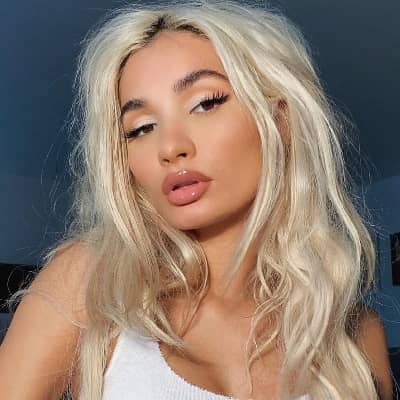 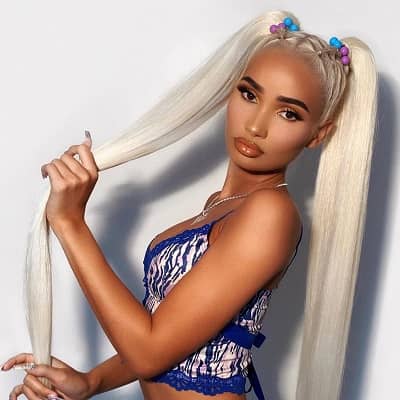 Pia Mia is the current pop sensation, already earning herself a mighty fan following for her catchy songs all around the globe. Pia Mia has belted out foot-tapping numbers such as ‘We Should Be Together’ and ‘Do It Again’ to be listed among the top 100 songs in the States and the United Kingdom. Moreover, she is a model, dancer, and style icon, who has taken it upon herself to be the next Pop Diva.

The talented artist was born on September 19, 1996, in Guam. She was born Pia Mia Perez to her father, Peter Perez Jr., and her mother, Angela. Pia Mia holds an American nationality. Also, she belongs to mixed ethnicity (Chamorro, Italian, Dutch, and Hungarian). Her sun sign is Virgo. Likewise, her age is 25 years old. Pia Mia has three siblings. She has a brother named after her father, Peter, and two sisters, Kandis and Paloma. All four siblings are close-knit since childhood.

Pia Mia is homeschooled by her mother. Thus, when she was eleven, she began making cover songs and uploading them to her YouTube channel. She continues to upload covers and singles on her channel even today. She moved to Los Angeles in pursuit of a better career in music. Initially, she struggled, especially with friends who didn’t care much to help her until she met Kylie Jenner and the two are now BFFs. 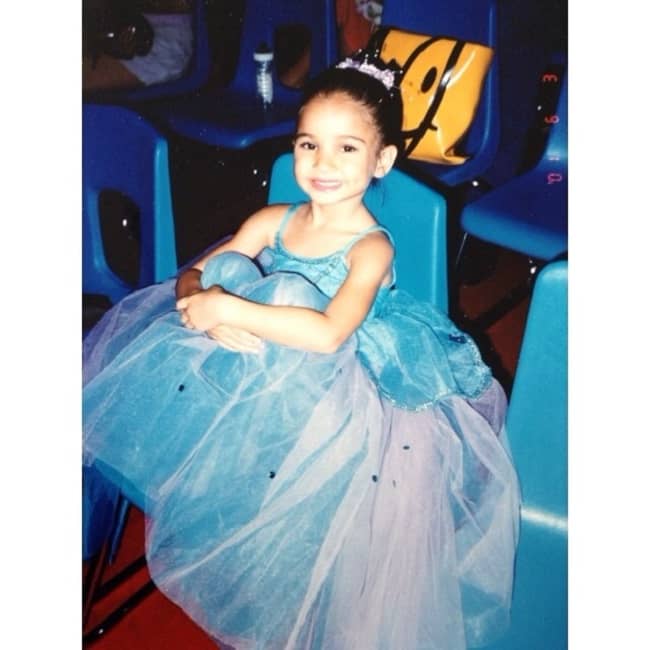 Caption: Pia Mia when she was young (Source: Instagram)

Perez was discovered by and worked with producer Babyface during her first year in Los Angeles. Eventually, she was introduced to Chris Brown’s manager and record executive Abou “Bu” Thiam in 2013. She began working on material with producer Nic Nac and regularly uploaded covers to Youtube. In late 2013, Kylie Jenner, a close friend, invited Perez over for a family dinner. While at the dinner, Perez was asked to sing her cover of Drake’s single “Hold On, We’re Going Home”, who was also in attendance. Kim Kardashian uploaded a video of the performance to her social media, and it gained over a million views.

Following the viral success, she released her first song “Red Love” on December 9, 2013, along with its music video. Her debut extended play The Gift was released online for free later that month with eight tracks. In February 2014, Pia Mia signed a multi-album deal with the American record label Interscope Records. The same month, Perez and Chance the Rapper released an original song “Fight For You” for the 2014 science-fiction action film Divergent. Perez began working on her debut album in 2014 and recorded roughly 100 songs over the next year.

In early 2015, she released the promotional single “Fuck With U” featuring American hip hop recording artist and producer G-Eazy. It was initially intended to be the first single from Mia’s debut studio album under Interscope but was later scrapped. On May 4, 2015, Mia released “Do It Again”, which featured vocals from Chris Brown and Tyga and became Mia’s first charting song. It has reached No. 8 on the UK Top 40, No. 71 on the US Billboard Hot 100 chart, No. 19 on the Rhythmic Songs chart, and No. 70 on the Canadian Hot 100.

On October 30, 2015, Mia released a follow-up single called “Touch”, produced by StarGate and BloodPop. It reached No. 47 in Australia and on the UK Singles Chart. In 2016, she was featured on will. i.am’s single “Boys & Girls” and released the promotional single “We Should Be Together”. In 2017, Pia released the single “I’m a Fan” featuring Jeremih, which would be her last release under Interscope Records. Pia Mia parted ways with Interscope Records and Wolfpack Entertainment, both divisions of Universal Music Group in late 2017. She stated that she didn’t have enough creative freedom under the label and that there were excessive delays with her music.

On December 15, she self-released her second EP The Gift 2, which was preceded by the promotional single, “Off My Feet”, released on December 1, 2017. In 2019, Perez made her acting debut, portraying Tristan in the film After. Correspondingly, she released the single, “Bitter Love”, which served as the film’s theme song. On June 20, 2019, Perez released “Crybaby” featuring Theron Theron as a promotional single. Following this, she released promotional singles “Feel Up” with American rapper YG on September 5, 2019, and “Don’t Get Me Started” with rapper Gunna and producer Carnage on October 2, 2019.

On May 14, 2020, it was announced that Perez had signed to Electric Feel Entertainment and Republic Records. Perez released the single “Princess”, her first single released under her new label, on May 15, 2020. In an interview with Idolator, Perez confirmed the release of the single “Hot”, which will feature on her upcoming debut studio album. “Hot” was out on July 24, 2020. In 2020, Perez announced that she had written a book titled The Princess Diaries: Sand, Glitter, and Silicone which will be released chapter by chapter via Wattpad. In September 2020, it was officially announced that Pia Mia had joined the content subscription service OnlyFans. 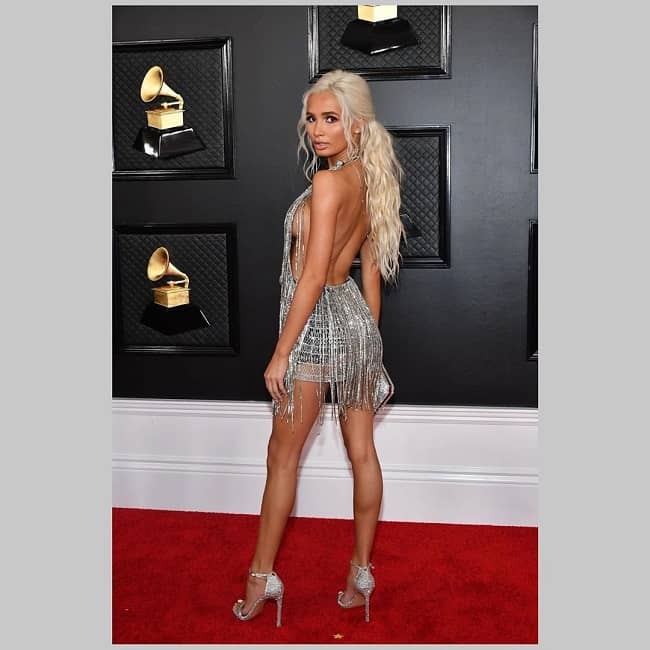 Pia Mia dated a couple of boys before she began dating music producer, Nicholas or ‘NicNac’. At first, the two were good friends who worked together until Nicholas asked her out after her 18th birthday. The couple has been in a relationship since 2014 and is going strong. Nicholas has been her support personally and professionally. Pia Mia claims that the two know each other so well that they hardly fight and share a healthy bond of friendship above all.

Aside from this, she loves hanging out with friends, especially Kylie Jenner, whom she calls her soul mate. Some other popular names in her friend’s circle would be Justin Bieber, Gigi Hadid, and Hailey Baldwin. In her spare time, she gets busy practicing to better her music and spends time songwriting. 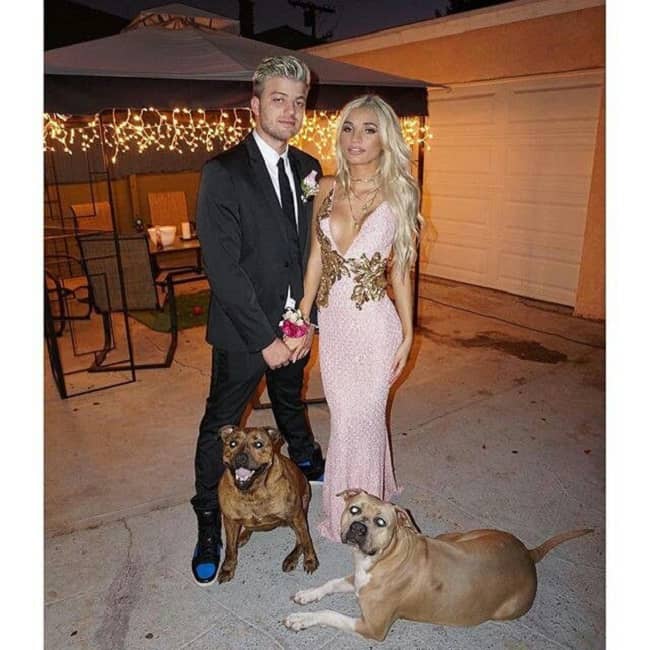 Coming to the famous artist’s body measurement, she is 5 feet 5 inches tall and weighs 52 kg. She has a very slim and hourglass body type. Her body measurement is 34-24-33 inches. Similarly, she has a pair of dark brown eyes and black hair but it is blonde. The artist wears a dress size of 2-4 (US) and a shoe size of 6.5 (US). Moreover, she is a fitness freak and loves staying in shape. She used to work out for four hours at a stretch before, but owing to her busy schedule, currently, she can’t put in so much time. Aside from these, she also has plump lips.