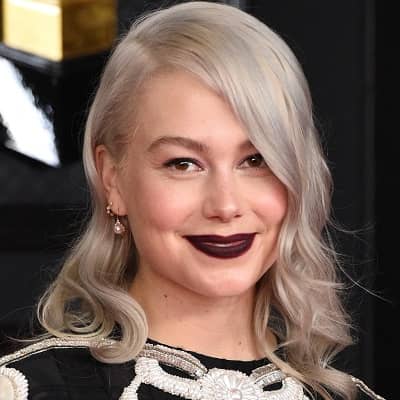 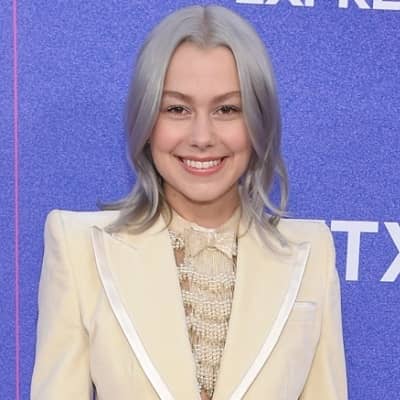 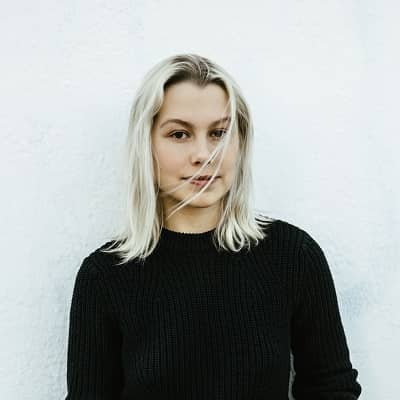 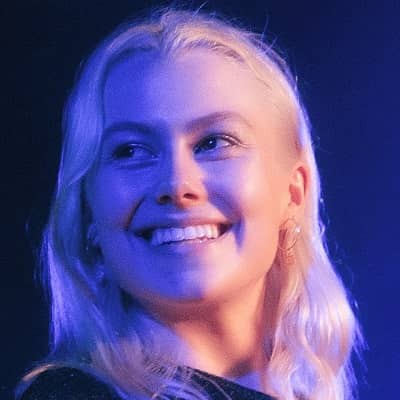 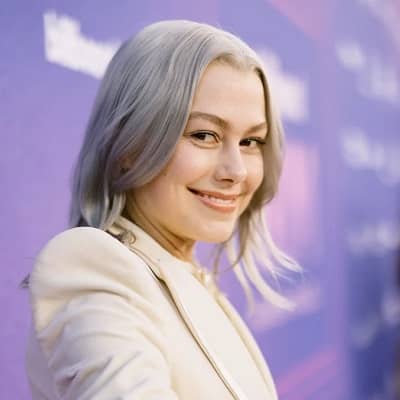 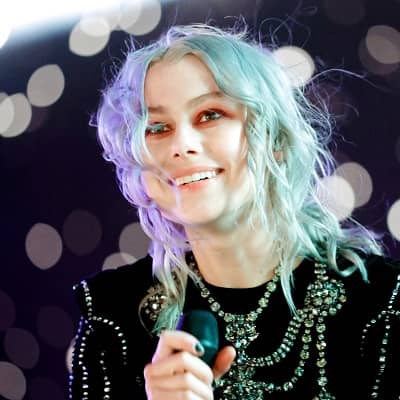 Phoebe Bridgers is a talented American singer-songwriter, record producer, and guitarist. Phoebe Bridgers gained international fame with her albums Punisher and Stranger in the Alps.

Phoebe Bridgers was born on 17 August 1994 and she is currently 27 years old. She hails from Pasadena, California, and her zodiac sign is Leo. Talking about her family, her mother’s name is Jamie but her father’s name and identity are still a mystery. Further, Bridgers has a younger brother named Jackson.

Moreover, her mother held various jobs to raise her and working as a receptionist and executive assistant are a few of them. On the other hand, her father was a film and TV set builder. Sadly, her parents divorced when she was only 19 years old.

Born in Pasadena, this personality also spent some time during her childhood in Ukiah, California. Even as a child, Bridgers made extra money by busking at the Pasadena Farmers Market. She began to play guitar around the young age of 13 years. 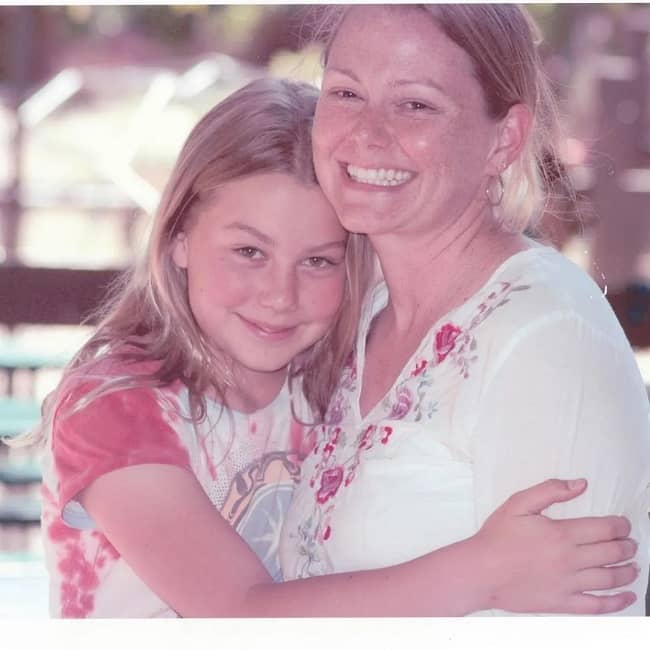 Caption: Phoebe Bridgers in an old photo with her mother. Source: The Sun

Following her graduation from the Sequoyah School, Bridgers started to attend the Los Angeles County High School for the Arts in the year 2009. As such, she studied vocal jazz. Later on, this personality was accepted to the Berklee College of Music in Boston. However, Bridgers dropped out after her freshman orientation.

Professionally, Phoebe Bridgers is a singer-songwriter, guitarist, and record producer. This young personality was a member of Sloppy Jane before she embarked on a solo career. This singer’s debut studio album is called Stranger in the Alps and she released it in the year 2017.

In the year 2020, Bridgers followed up with her 2nd album called Punisher. This album brought her more success and mainstream recognition. This singer also received four nominations at the 63rd Annual Grammy Awards. One of the nominations that Bridgers received was for the category “Best New Artist”.

Furthermore, this young singer has spoken about her struggles with major depressive disorder and anxiety. For these, Bridgers has sought therapy. Recently in May 2022, Bridgers revealed through social media that she had an abortion in October 2021. This revelation was done after the leaked Supreme Court draft opinion overturning Roe v. Wade. In her revelation, Bridgers also mentioned that everyone should have the same right. 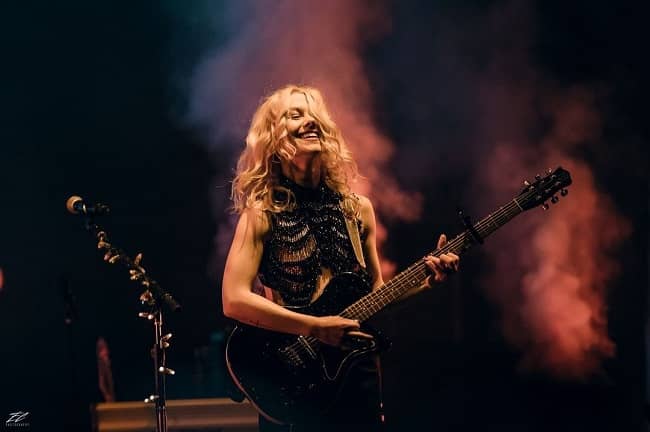 Caption: Phoebe Bridgers during one of her performances. Source: Instagram

Since 2020, this singer has been in a relationship with Paul Mescal, an Irish actor. The celebrity couple later had their engagement recently in 2022. The lovers attended the Met Gala together just days after the singer reportedly introduced him to friends as her “fiancé.” At this public event, Paul was also flaunting a ring on his ring finger. The two started off with their Twitter exchanges that developed into Instagram Live together for Wonderland magazine.

Bridgers even flew to Ireland to meet Paul when their relationship status was still a mystery to the public. Then on 6 November 2021, the two made their first red carpet appearance together at the 2021 LACMA Art + Film Gala.

Phoebe Bridgers identifies herself as a bisexual individual. When she came out, it initially caused a rift between her and her mother. However, the two reconciled later on and her mother has now become an enthusiastic advocate. 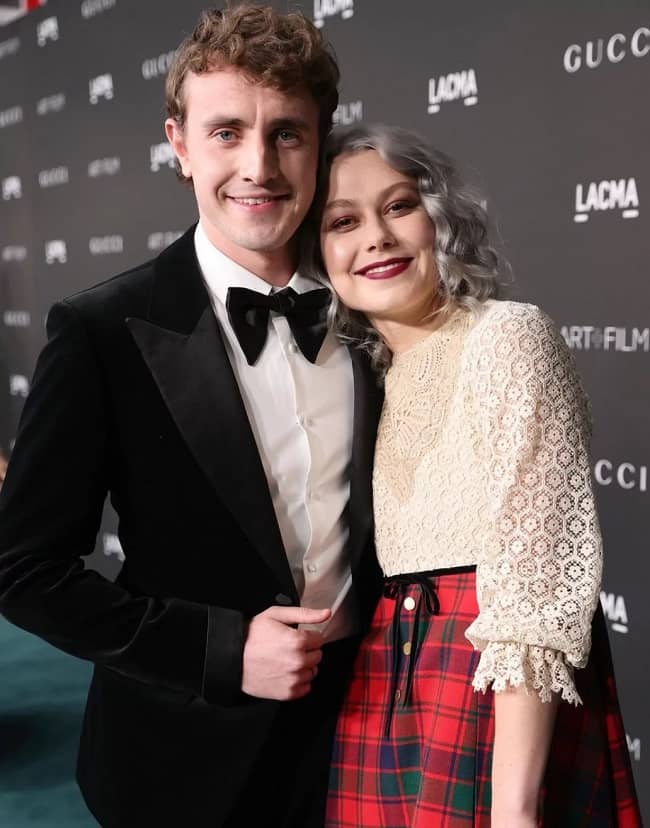 Caption: Phoebe Bridgers and Paul Mescal posing for a photo at their 1st red carpet appearance together. Source: Stellar Magazine

This singer dated Ryan Adams in the year 2014. However, the lovers eventually went their separate ways. She has revealed that her song Motion Sickness is about her relationship with Adams. As reported by The New York Times in 2019, this singer accused her ex-lover of emotional abuse.

Likewise, until 2017, this singer was in a relationship with Marshall Vore. Marshall is a touring drummer and musical collaborator. These two worked together and co-wrote Bridgers’ single ICU which was about their relationship. Even after their break-up, the ex-lovers remain friends and collaborators.

Phoebe Bridgers stands tall at an approximate height of 5 feet 5 inches or 165 cm and her weight is around 52 kgs. Likewise, Bridgers has blonde hair and brown eyes. Besides these, the young singer-songwriter’s other body measurement details are still under review.

Phoebe Bridgers joined Twitter in May 2012 and so far has over 571.5K followers on her @phoebe_bridgers account. Likewise, she is available on Instagram under the username @phoebebridgers. This profile has over 1.7 million followers as of May 2022. Similarly, this singer-songwriter has over 148.6k people following her activities on her Facebook profile.

Furthermore, her Youtube channel “Phoebe Bridgers” was created on 30 April 2011. So far, this channel has garnered over 54 million views and 216K subscribers. Moving on, Bridgers has a net worth of around $1 million to $5 million US dollars.