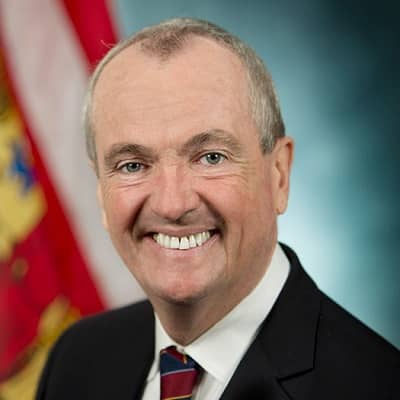 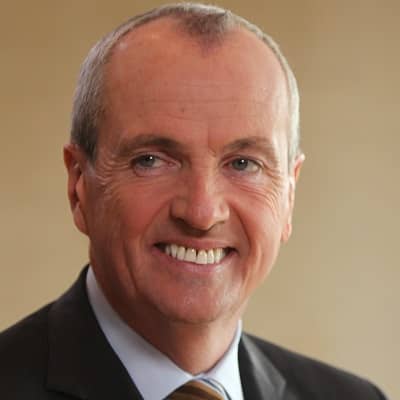 Phil Murphy has served as the 56th Governor of New Jersey since January 2018. Moreover, Phil Murphy is an American investor, diplomat, and politician. In the governorship, he took over from Republican Chris Christie. He was the US ambassador to Germany from 2009 to 2013 under President Barack Obama, and he was a member of the Democratic Party.

Philip Dunton Murphy better known as Phil Murphy was born on 16th August 1957, in Needham, Massachusetts, the united states of America. As of now, he is 64 years old and he is a Christian by religion. Moreover, he is a citizen of America and he belongs to the Irish-American ethnicity. He is the son of Dorothy Louise (mother) and Walter F. Murphy (father).

Talking about his sibling, he has two elder sisters named Janet Murphy and Dorothy Murphy Egan. Philip loved to play soccer as a boy. His parents were strong supporters of John F Kennedy and volunteered for his campaign in the Massachusetts Senate election in 1952.

Talking about his academic qualification, he completed his high school education at Needham High School along with Massachusetts Governor Charlie Baker, in 1975. In 1979, he completed his graduation from Harvard University with an AB degree in economics. Moreover, he attended the University of Pennsylvania’s Wharton School and received an MBA degree in 1983. 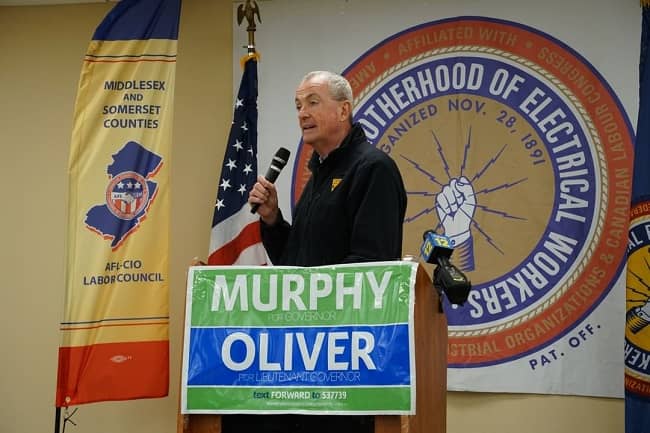 After completing his graduation, he began his career with a summer associate internship at Goldman Sachs in 1982. From 1993 to 1997, Philip was the supervisor of Goldman Sachs’ activities in Germany, Switzerland, and Austria. And from 1997 to 1999, he was the head of the Asian division. Moreover, he was appointed to the firm’s Management Committee in 1999.

He joined the firm’s Investment Management Division as a worldwide co-head in 2001. He also assisted in the establishment of a section that focused on emerging markets in the EMEA region. His day-to-day responsibilities at the firm ended in 2003, and he was promoted to Senior Director. In 2005–06, he decided to resign. He worked at Goldman Sachs for a total of 23 years.

Philip was the Democratic National Committee’s National Finance Chair from 2006 to 2009, and he helped finance his close friend Howard Dean’s “50 state plan.” He was appointed ambassador to Germany by President Barack Obama in 2009, and he resigned in 2013 in response to the European debt crisis and leaked diplomatic cables showing him disparaging Angela Merkel and Guido Westerwelle.

He would go on to establish his business management consulting firm and the New Start New Jersey progressive think tank, and he launched his candidacy for Governor of New Jersey in May 2016, which was an uncommon start date for announcements. Murphy had a big lead in the Democratic primaries after Mayor of Jersey City Steven Fulop endorsed him, despite his competitor John S. Wisniewski criticizing him for being an “establishment” Goldman Sachs banker.

He defeated Republican Party nominee Kim Guadagno in the race. Moreover, he selected Sheila Oliver as his Lieutenant Governor, making her the second woman to hold the role and the first African-American to hold it. He was the governor of New Jersey during the COVID-19 epidemic, overseeing the state’s careful, slow reopening after months of lockdown and mask restrictions.

He ran for re-election in 2021 on a progressive platform, praising New Jersey’s fortitude in the face of the COVID outbreak. Trump supporters accused Murphy of intruding on citizens’ rights by pushing for mask-wearing during COVID and instituting COVID policies that many Republicans thought were harmful to small companies.

He has earned a huge amount of money in his professional career. As his net worth is estimated at around $60 million. Moreover, he has owns houses in Berlin and Italy. He has also donated his money to charity and organizations. 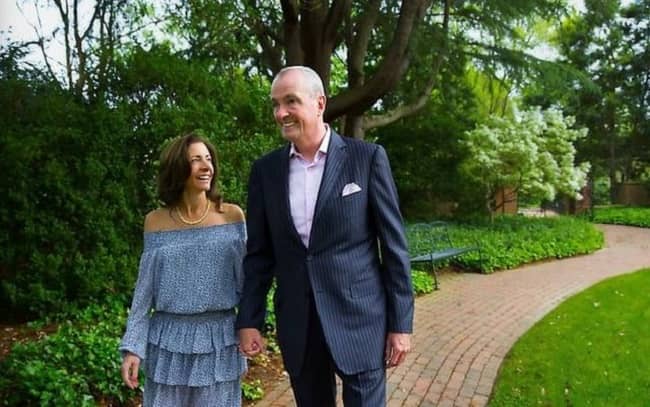 Philip is a married man. He married Tammy Snyder in 1993. They two met each other in 1987, they both used to work at Goldman Sachs. The couple has four children, three sons, and one daughter from their marriage. Charles Dunton Murphy, Josh Murphy, Sam Murphy, Emmanuelle Medway Murphy are his children.

He and his wife are co-owners of the professional women’s soccer team NJ/NY Gotham FC. He underwent surgery in New York City on March 4, 2020, to remove cancerous tumors in his kidneys. Shortly after, he made a recovery. Till now, he is not part of rumors nor got controversy. Moreover, he likes to focus on his personal and professional life. 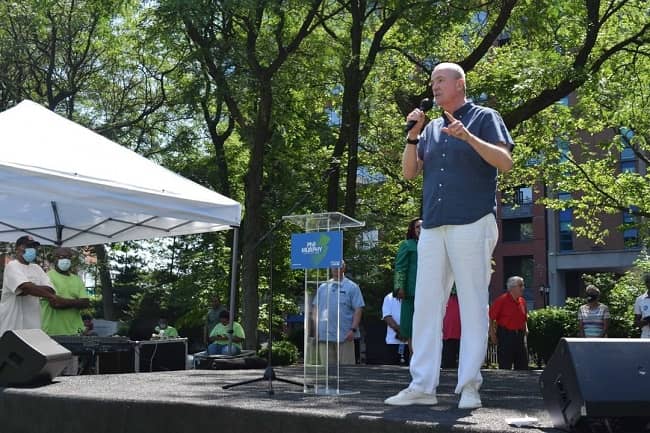 He is 6 feet 3 inches tall and weighs about 85kg. Moreover, he has brown eyes and grey hair in color. Besides that, there is no more information regarding Philip’s other body measurements.