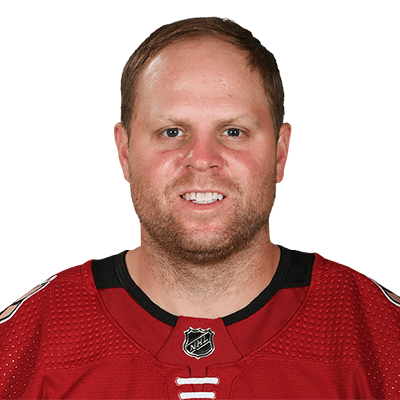 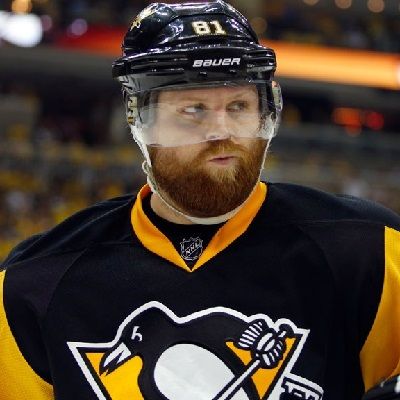 Phil Kessel is 35 years old. He was born on October 2, 1987, in Madison, Wisconsin, the U.S. His birth name is Philip Joseph Kessel Jr. and his birth sign is Libra. Likewise, his entire Kessel family refers to successful athletes. His father’s name is Phil Kessel Sr., a college quarterback at Northern Michigan University, who was drafted by the Washington Redskins of the National Football League, spending his first year on the injured reserve and then subsequently being released.

Likewise, he also has a brother Blake, a defenseman, who was drafted by the New York Islanders in the sixth round of the 2007 NHL Entry Draft and currently plays for the Maine Mariners of the ECHL. And his sister Amanda also plays hockey, currently with the National Women’s Hockey League as well as internationally with the United States with whom she won gold during the Pyeongchang 2018 Winter Olympics.

Moreover, he keeps a keen interest in playing poker and is an avid poker player.  He plays it in his free time and frequently plays high stakes tournaments, casino cash games, and home games with his teammates.

Moreover, he belongs to American nationality and his ethnicity is still unknown. However, there is no information regarding his educational background.

Talking about Kessel’s professional career, he played youth hockey with the AAA Madison Capitols in his hometown of Madison, Wisconsin. He was drafted fifth overall by the Boston Bruins in the 2006 NHL Entry Draft.  Likewise, he was also named to the 2007 NHL YoungStars Game in Dallas on January 23, 2007.

For the 2007–08 season, he led the league with 5 game-deciding shootout goals out of 13 attempts in shootouts. He scored the first Bruins goal of the 2008–09 season, in a 5–4 Bruins victory against the Colorado Avalanche. He has also tied Ed Olczyk for the longest point streak by an American-born NHL player (18 games, 14 goals, and 14 assists for 28 points during the streak) in late 2008. Likewise, he played for Boston Bruins between 2006–2009. 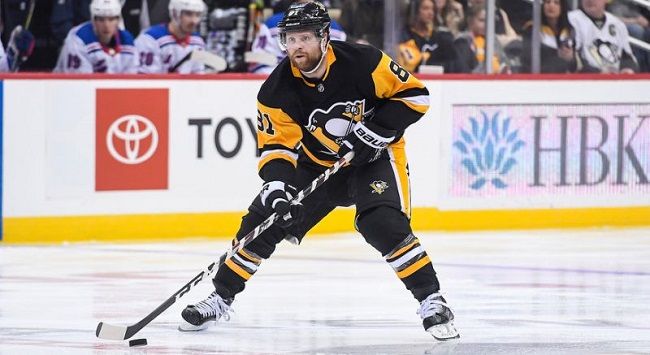 Likewise, he played for the Toronto Maple Leafs for 6 seasons from 2009 to 2015. The Bruins traded Kessel to the Toronto Maple Leafs in exchange for a 2010 first-round pick (Tyler Seguin), a 2010 second-round pick (Jared Knight), and a 2011 first-round pick (Dougie Hamilton) on September 18, 2009. He also played hockey in college for the University of Minnesota’s Golden Gophers. December 5, 2009, marked the first time that he played against his former team, the Bruins, at TD Garden.

Then on April 2, 2011, he posted his third consecutive 30-goal season, reaching the mark after scoring against the Ottawa Senators. He had another strong start to a season in 2011–12, scoring his first hat-trick as a Maple Leaf (a career third) in just the team’s second game of the season. On February 6, 2012, he reached the 300-point plateau after a three-point performance against the Edmonton Oilers.  He then began the 2012–13 season with his longest goal drought to begin a season at ten games.

On February 1, 2014, he scored his fifth career hat-trick, which was also his 30th goal of the season, marking the fifth time he has scored at least 30 goals in one season in the NHL. On July 1, 2015, Kessel was traded along with Tyler Biggs, Tim Erixon, and a conditional second-round draft pick to the Pittsburgh Penguins in exchange for Kasperi Kapanen, Scott Harrington, Nick Spaling, and conditional first- and third-round draft picks.

Moreover, Kessel was traded to Pittsburgh Penguins (2015–2019). He scored his first regular-season goal as a Penguin on October 10, while playing Arizona in the team’s second game of the 2015–16 season. He won the Stanley Cup after defeating the San Jose Sharks in six games. Likewise, in the 2017–18 season, he scored 92 points, a career-high, placing him eighth in the NHL.

Furthermore, on March 19, 2019, he played in his 320th consecutive game for the Penguins. On June 29, 2019, he traded from Pittsburgh to the Arizona Coyotes along with Dane Birks and a fourth-round pick, in exchange for Alex Galchenyuk and Pierre-Olivier Joseph.

Reflecting on Kessel’s lifetime achievement, he has won many awards for his hard work and dedication to games.  Kessel won the Bob Johnson Award at the USA Hockey Annual Congress for excellence in international hockey competition during a specific season of play in 2005.

Likewise, Kessel was named the WCHA Rookie of the Year was named to the WCHA All-Rookie Team, and won the MacNaughton Cup in 2005-06. He has also won the Bill Masterton Memorial Trophy for overcoming testicular cancer and continuing to play. 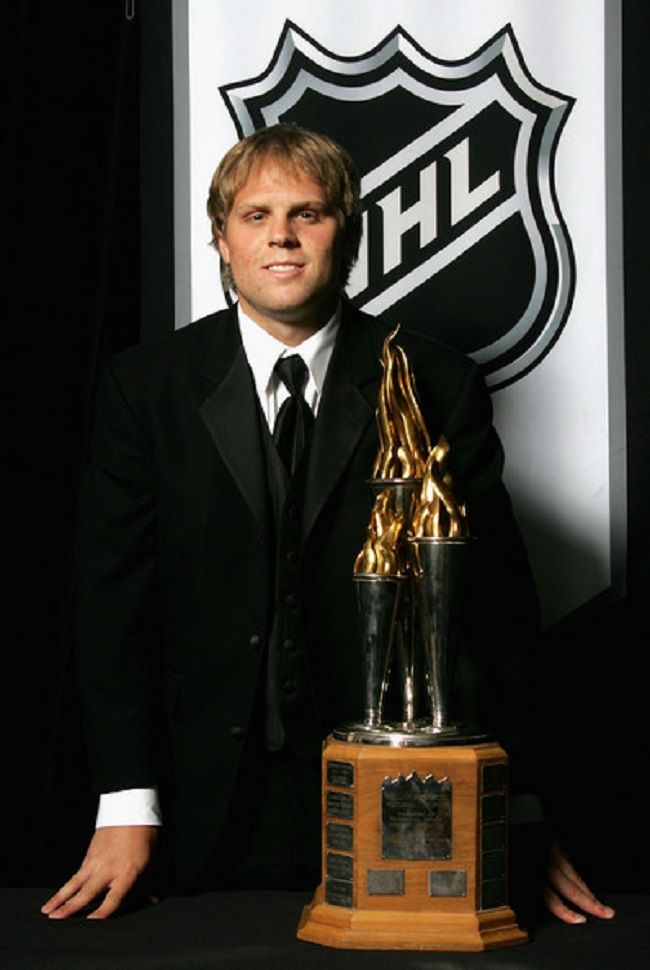 Kessel has earned a great amount of net worth by his profession as a hockey player. His estimated net worth is around $14 million.

Currently, Phil Kessel is single. He hasn’t married yet and neither has children. Moreover, he is happily living in his own company. Also, he is busy focusing on his career. However, he tries to keep his personal life private.

Likewise, talking about his past relationship, he was romantically linked with Pereira Sandra. Though Kessel has not made the limelight publicizing his relationship. The intimate love of Kessel and Pereira popped out after her girlfriend started sharing their romantic posts. She loves to share photos with her hockey player boyfriend and her dog Coco. Unfortunately, they broke up with each other.

Kessel has a good personality and a stunning body. He has a height of 6 inches and weighs around 92 kg (202 lbs). Likewise, he has dark brown hair color and his eye color is still unknown. 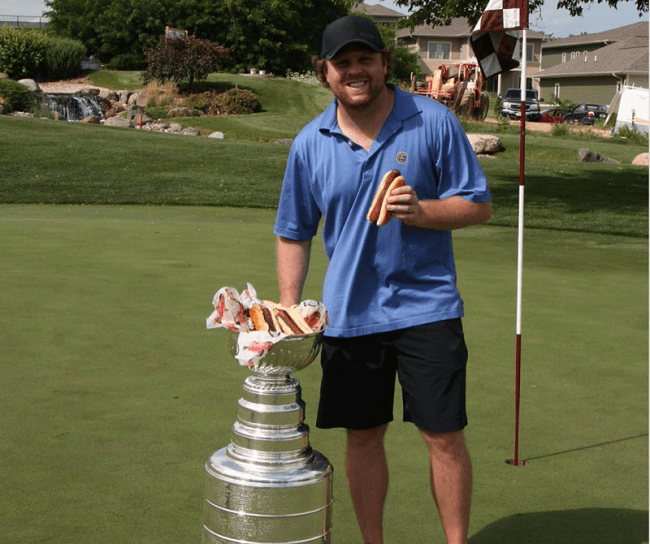