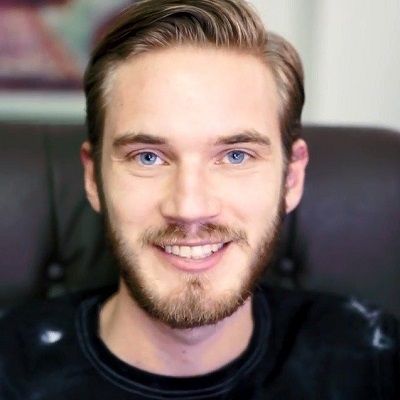 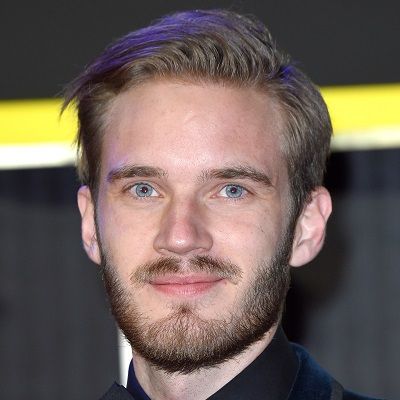 PewDiePie is a well-known YouTuber from Sweden. PewDiePie is popular for creating videos playing videogames and other unique content. He is also known for addressing his fanbase as a close friend.

PewDiePie is 33 years old as of 2022. He was born on 24 October 1989 in Gothenburg, Sweden. His real name is Felix Arvid Ulf Kjellberg. Likewise, HIs parents are Lotta Kristine Johanna and Ulf Christian Kjellberg. His mother was named the Swedish CIO of the Year in 2010. Likewise, his father is also a corporate executive. Similarly, he also has a sister named Fanny.

As of the present, he resides in Brighton and Hove in England with his wife and two pugs. 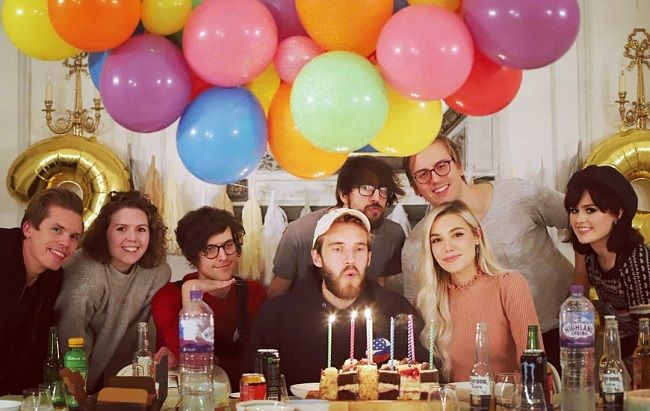 PewDiePie became interested in art from an early age. He would draw video game characters like Mario and Sonic the Hedgehog and also play games like Super Nintendo Entertainment System. He often skipped classes during high school to go play video games in internet cafes with friends.

Later, he joined the Chalmers University of Technology for his bachelor’s degree. He pursued a degree in Industrial Economics and Technology Management. However, he dropped out of university in 2011 due to a lack of interest in studying the course.

Following his dropout from university, PewDiePie entered Photoshop contests. At present, he is popularly known for his unique YouTube content that mainly consists of “Let’s Play” videos and comedy shows. He began his career on YouTube in 2006 by creating a YouTube channel, ”PewDie” where pew became slang for the sound of a laser gun firing. He shared his first video on June 29, 2012, ”Pewdie Plays: Skyrim- Part 1 – I’m Not A Freakin’ Lizard!” which gained more than 3.1 million views.

Moreover, he forgot the password of his YouTube channel later so when he made comeback to YouTube, he got forced to form a new channel in 2012, ”PewDiePie.” On July 27, 2012, he uploaded his first video, ”BARRELS KEEP ARRIVING IN MY MAIL! D: – (Fridays With PewDiePie-Part 37). The video earned more than 1.6 million views. Since August 2013, he established himself as the person with the most subscribed channel on YouTube.

His YouTube channel was the most subscribed channel for more than five years from 2013 to 2019. Furthermore, it was also the most viewed channel from 29 December 2014 to 14 February 2017.

He even got his account to become the most viewed of all time. He even became one of The World’s 100 Most Influential People in 2016, by Time magazine. Likewise, his coverage of games, like indie games has boosted the sales of the titles that he plays. His videos include particularly focused on sharing the gaming moments by beginning with a high-pitched goofy voice, following with delving into the videos.

His career took off after he recorded himself screaming his way around the horror game Amnesia. He gained huge praise and got requested more such videos. His channel eventually grows from 100 million to 200 million views per month. In August of 2014, Mark Studios created a PewDiePie iPhone app. In the following month, he stated that he would be disabling the comments on his videos because of spam. Later, he allowed approved comments only. 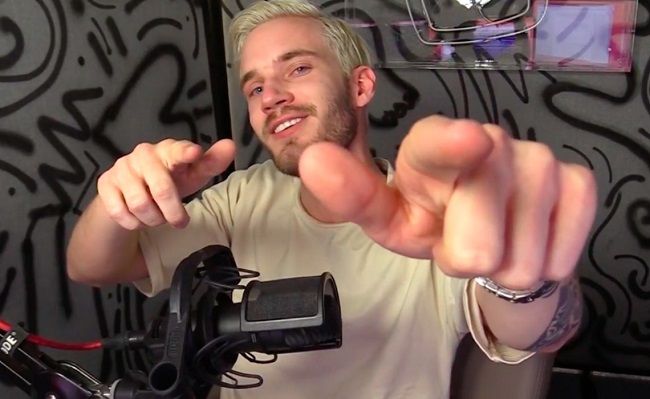 On 29 April 2010, he registered his current channel under the name “PewDiePie”. He sold prints of his Photoshop art and worked at a hot dog stand to fund his initial videos.

Likewise, he also published “This Book Loves You” on 20 October 2015. It includes aphorisms, jokes, and wisdom, paired with visuals. He and his wife Marzia together have launched Tsuki, a unisex clothing brand.

Achievements, Net Worth, and Charity

PewDiePie has bagged 8 awards in total. The latest one is a “Choice Gamer” at the Teen Choice Awards in 2019. Likewise, other awards include “Most Popular Social Show” and “Sweden Social Star Award” at the 2013 Starcount Social Star Awards and “Gaming Personality” at the Golden Joystick Awards in 2014 and 2015 among many others.

Furthermore, Time listed him as one of the 100 most Influential People in 2016. Likewise, his estimated net worth is $70 million. He earns it through his YouTube channel, video games, and book among others.

Moreover, his popularity has made it easier for fundraising drives. He has donated a large sum of money to organizations like the World Wildlife Fund (WWF), St. Jude Children’s Research Hospital, Save the Children, RED, Child Rights and You (CRY), and Bill & Melinda Gates Foundation.

The cause for his donations ranges from water, animal welfare, mental health, HIV/AIDS, child rights, and sanitation. He has begun charity activities in 2012 when he first donated his cash winnings from “King of the Web” to the WWF.

PewDiePie has faced allegations many times during his career as a YouTuber. He repeatedly got accusations of supporting racism and anti-Semitic messages. Disney also cut ties with him in 2017 for paying two men to hold a sign saying “Death to all Jews” in a video. He also faced criticism the same year for using the n-word in one of his videos.

Moreover, he also faced heavy criticism after the gunman said, “Subscribe to PewDiePie” before live-shooting 51 people in the Christchurch mosque. He even got criticism for featuring Demi Lovato in a meme he shared at the same time Lovato was hospitalized for an opioid overdose.

He has faced a lot of controversies and criticisms for the past few years. However, he announced in one of his recent videos that he will be taking a break from YouTube in 2020. He informed his fans in advance saying that he is feeling very tired. He had also mentioned how daily vlogging had taken a toll on his mental health, which is also reflected in his recent statement on YouTube. 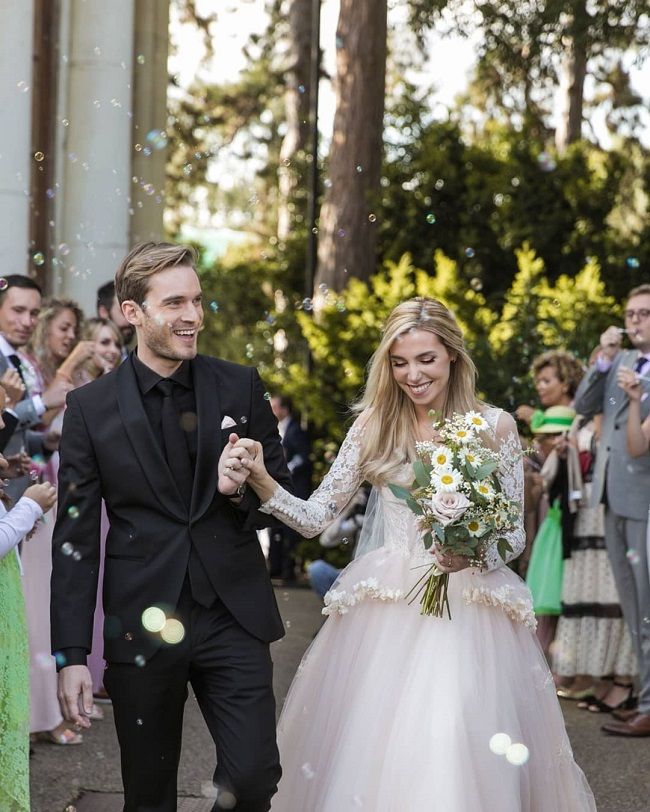 PewDiePie married his long-time girlfriend Marzia Bisognin on 19 August 2019. Marzia is from Italy and the lovebirds met each other through a mutual friend. They established an online relationship and later he flew to Italy to meet his then-girlfriend Marzia.

Additionally, they met each other shuffling from Italy to Sweden time and again. Finally, in July 2013 the couple settled in Brighton and Hove, England to live closer to the sea and also for better internet connectivity.

PewDiePie is a handsome guy with a height of 6 feet. Likewise, he has mesmerizing blue eyes and naturally brown hair. However, he often dyes his hair blonde. Similarly, the YouTube star weighs around 75 kg