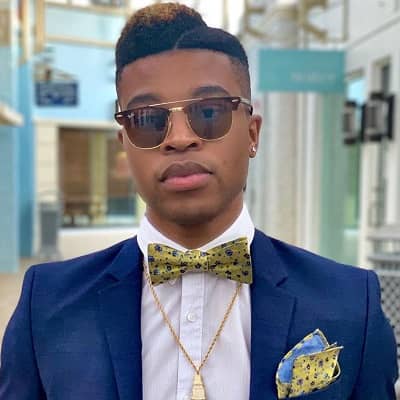 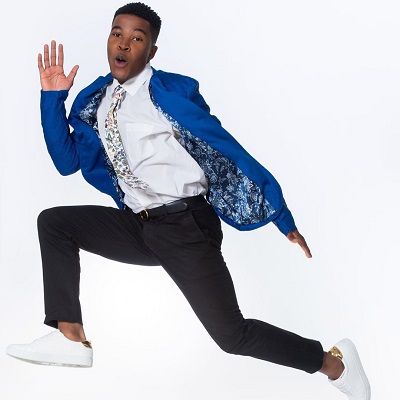 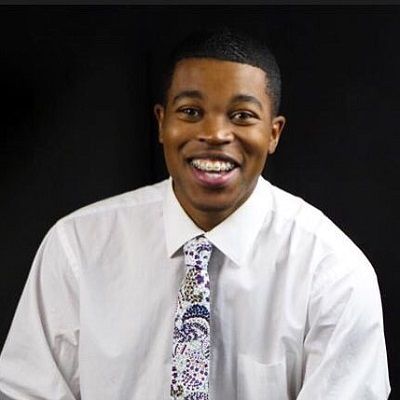 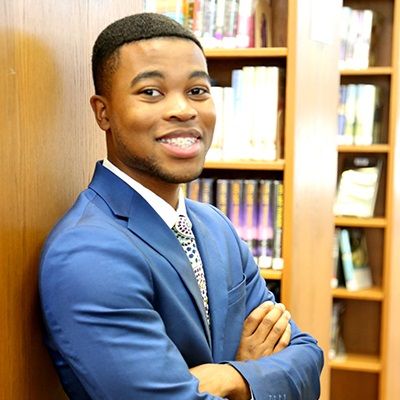 Peter Jean-Marie is an American model turned designer. Peter Jean-Marie previously worked for a retail store before chasing his dream of creating his own clothing line. Though he started with neckties, his aim was to produce men’s and women’s wear in the future.

Peter Jean-Marie was born on 26 June 1996 and is currently 25 years old. He is originally from Pompano Beach but he grew up in Naples, Florida. He attended St. John Neumann High School and Miami International University of Art & Design. While studying for his Bachelor’s degree, he worked as an intern for Fabrice Tardieu, a shoe designer. There is not much information available on his parents, siblings, and other family members. Nevertheless, his mother is an employee at NCH – North Naples Hospital.

Peter Jean-Marie is an American former model who turned into a fashion designer. He is also the CEO of his self-named clothing brand. Jodi Pree of Coastal Breeze News describes him as a “Millenial Mogul in the Making”. Hence, it has become a nickname used after the launch of his first venture in 2018. His first video advert on Facebook has received more than 3,800 views.

Talking in more detail, Jean-Marie began modeling at the age of 16 years. He started off as a print model and later gain the liking of others on/off social media based on how he styled himself. Later, he moved on to designing a range of blazers and marketed it via social media. He decided that he had no interest in modeling for other companies and would now design/model his own clothing. Moreover, he also landed gigs in Naples and Boca Raton.

Then in 2016, he won a competition at the Miami International Mall by designing a dress made out of chocolate. Later, in 2018, he launched a “Dream Big” campaign. It was to manage his own business and offer luxurious products at an affordable price.

Furthermore, he grew up as a big fan of the Disney Channel and Nickelodeon. And hence modeling was a way for him to be a happy and smiling kid like he saw on TV. Vicki Baker met him in September 2018 when he wandered into Charlie McDonald Photography. There, Baker is a photographer and operations manager. He then got Baker’s card and asked to come in to meet her a week later. McDonald ended up taking the pictures he used on his website advertising his line of ties for free.

Others took notice of him, too. Frank Rostron is a retired custom shirt maker whose business has served employees of companies like BBC, J.P. Morgan, and GQ. He discovered Peter Jean-Marie when the young man was working at his pop-up shop in the Coastland Center mall. Rostron was then impressed with his personality and passion for what he does. Rostron’s wife even interviewed he for her eponymous podcast, “The Jane Bond Show,” in November.

He has also said that while he could have started his brand in Los Angeles or New York City, he felt comfortable coming home to Naples after college and showing off his skills to his home community. So far, Southwest Florida warmly embraced the “Millennial Mogul”. 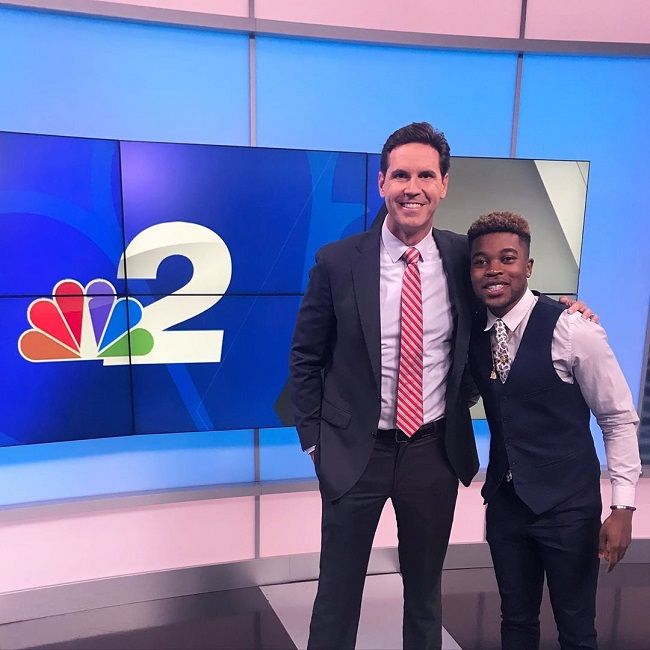 A sewing machine sits in one corner, and a shelf packed with his ties, many of which are inspired by the tropics and feature floral colors and designs, lines the same wall. On the opposite wall, on a dresser, sits his passport, his degree, and the books he’s reading (he shoots for reading two a month).

On the mirror atop the dresser are notes of encouragement to himself, taped to the glass. In the drawer are fabric scraps and the clothing that might not fit onto the clothing rack, packed full of his designs. Moreover, he wants those very designs to inspire hope in those who purchase them.

His Dream Big campaign launched on 22-25 November 2018 at Coastland Center. He launched it with a pop-up store selling luxurious, hand-made neckties from imported fabrics and a T-shirt giveaway. After the weekend, he commented “**In the first two days, I autographed and gave away 100 signed boxes to my first 100 customers, made over $2,000 in sales, and completely sold out of one collection. This is a great beginning.” His future plans include fashion ranges for men and women.

A year after leaving his retail position, the ambitious 23-year-old opened his own kiosk at the Coastland Center mall and sells his own custom-made ties. He said that the hardest thing about opening his own fashion line was starting from scratch. Despite the obstacles, he is maintaining a positive attitude and hopes to be known worldwide as told to NBC-2.

He has been invited by many colleges (choice of student club leaders) to come out and give them a fashion show. One of them is the University of Florida. He slowly started making a name of himself through word of mouth. That went on for a while until he graduated from college in April of 2018. Since he wanted to get to work ASAP and bring something official to the market, he worked at Saks Fifth Avenue for a while. There, he continued networking and learning about the business.

On 4 October 2018, he launched his own tie collection which sold out the first month. His customers were mainly young, and he would be given the nickname “Millennial Mogul” by Jodi Pree of Coastal Breeze News.

Partnering with The Ritz Carlton hotel in Naples

Peter Jean Marie has a passion for fashion, and while attending the International Fine Arts College of Miami, he was perfecting the craft that would soon become his label, Peter Jean Marie. Inspired by Ralph Lauren, he started small with just neckties and bow ties as he did not have enough funds early on. He wanted to change that, so he quit his job at Saks Fifth Avenue and started showcasing his designs at the pop-up shops. He called it his “Dream Big Tour.”

Later, he reached much success. He later gathered enough funds to open a kiosk store at the Coastland Center Mall, saying he wasn’t ready, but he knew it was time. From here, he received a call from The Ritz Carlton hotel company that changed the game. After being contacted by many celebrities and athletes, Jean Marie says we can expect more. Moreover, The Ritz Carlton hotel company reached out to him for some of his ties to be carried in its Signature Shops.

Products stuck due to CoronaVirus

Bow ties, neckties, and sport coats, all with colorful patterns and designs were supposed to be sold in Naples in February. However, there’s one problem. The designer says they haven’t made it yet and they’re stuck at the manufacturers in Asia because of the coronavirus.

The neckties he sells represent the fearless pursuit of his dream. Peter pushed past his naysayers, including a former employer, who said he would never be a designer. He says:

“He was like ‘Look Peter, you’re not a designer. In order for you to be a designer, you have to be selling your stuff within our stores.’”

This particular discouragement became Jean Marie’s fuel. A month later, he launched his own brand of neckties, bow ties, blazers, and sport coats. Then he sold them at Coastland Center mall in Naples. Now, it’s the coronavirus standing in his way. His ties are stuck in China. Regarding this issue, he says:

“Overseas, the government has shut down many businesses, including the businesses that are in charge of shipping our products to the U.S. And, with that, it’s postponed the dates where I wanted to officially release my new line and perhaps announce the big day of the release at the Ritz Carlton.” 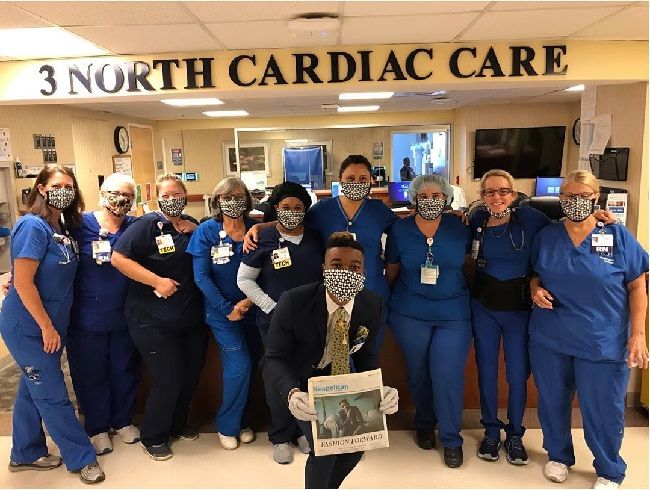 Peter Jean-Marie is a young designer making a difference during a global pandemic, as he donates custom-made face masks to his local Florida hospital. His mother is an employee at NCH – North Naples Hospital and hence he took heed to her worries that there weren’t enough masks to protect her fellow doctors and nurses on the frontlines.

“My mother, an employee at the NCH Hospital, reported to me that there was a shortage of masks. I told her to give me an hour to put something together. I would like to thank all the Doctors/Nurses who have dedicated their time helping patients affected by the coronavirus. This city has supported me through thick and thin and I shall return the favor. So if you need any face masks donated, please do not hesitate to reach out.”

In a follow-up post, he shares that the feedback from his efforts has caused an overwhelming amount of messages in his inbox on social media. He adds:

“Dear Nurses, my inbox is jammed But don’t worry more durable Face Masks are on the way. For those who offered to pay, please keep in mind that all face masks will be donated. I choose not to profit on such a cause.”

Regarding this issue, Peter has yet to share any reliable information. He hasn’t shared anything that might indicate his romantic relationship. Moreover, the young designer is more focused on his profession as a designer and entrepreneur and hence might not be focusing on his relationships before immense success. It is possible that he is single as of now.

There is no information relating to Peter’s body measurement stats. He hasn’t shared his exact height, weight, chest-waist-hip, biceps, dress size, shoe size, etc. Nevertheless, he has dark brown eyes and hair of the same color. 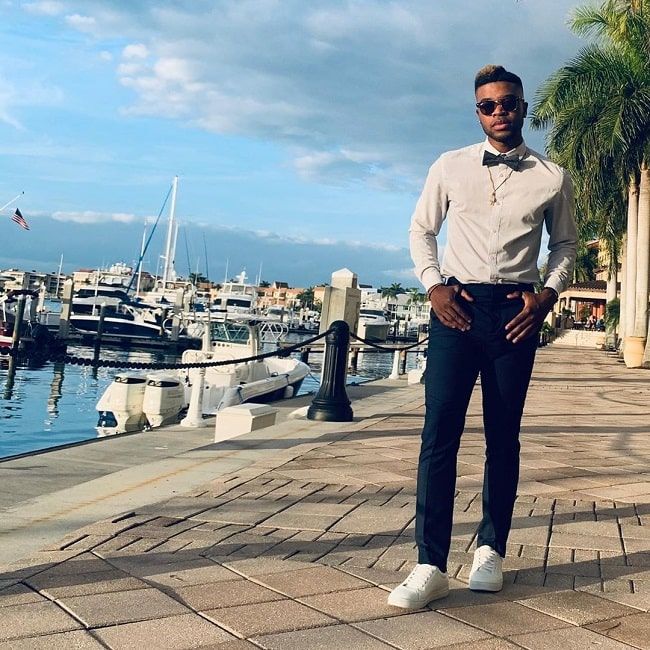 Talking about his social media presence, Peter has 23.1k followers on Twitter and 44.4k followers on Instagram. He also has a Facebook page with 933 followers. Moreover, he joined Twitter in August 2009, and on his Instagram handle @peterjeanmarie, he has shared 157 posts as of August 2020. Additionally, we can also contact the young designer at [email protected] He does advertisements for his brands through his social media posts.

There is no exact information regarding his net worth and earnings. He earns through his own brand of ties, which he plans to extend in near future to other clothing pieces for both men and women.