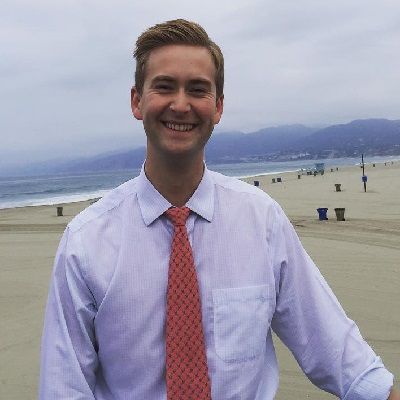 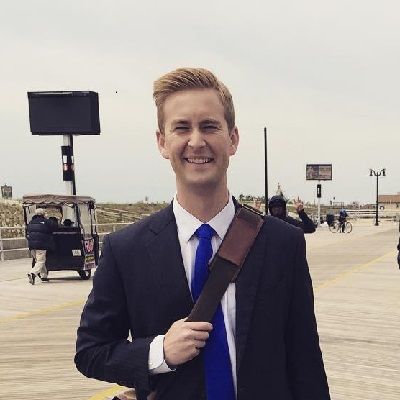 Peter Doocy is an American general assignment reporter for ‘Fox News,’ also famous as the son of popular ‘Fox News’ anchor Steve Doocy. Peter Doocy now regularly reports from ‘Capitol Hill’ and the ‘White House.’ The segment he hosted was regarded as one of the highest-rated documentaries in the channel’s history.

Peter Doocy was born on July 21, 1987, in Washington, D.C., United States. He has an American nationality and his sun sign is Cancer.

The religion he follows is Christianity and he belongs to the White ethnicity. In addition, he is now a 33 years old man. 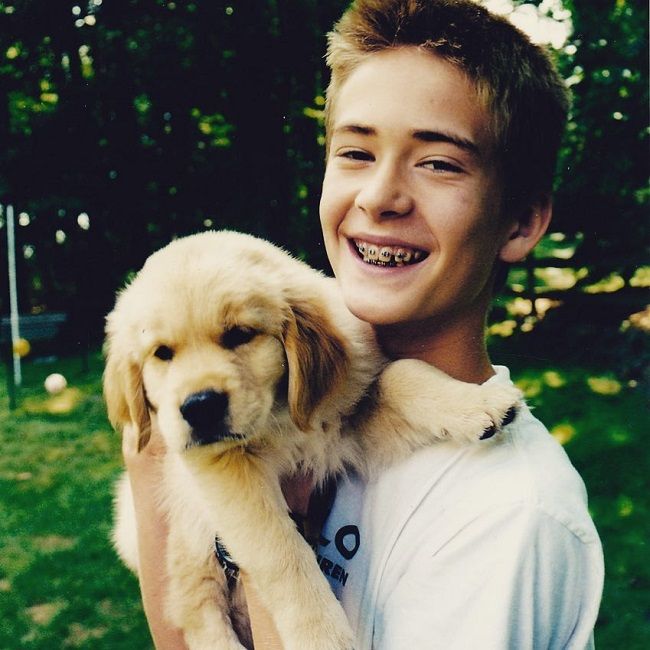 Caption: Peter Doocy when he was young (Source: Instagram)

The name of his parents is Steve Doocy and Kathy Gerrity. His father is the American network-television personality for Fox News and the best selling author.

His sister Mary, a ‘Villanova’ alumna, is a counsel for the ‘House Oversight Committee’ and has previously worked as a legislative assistant in Congressman Mike Pompeo‘s office.

His younger sister, Sally, studied advertising at the ‘Southern Methodist University’ and currently works as a sales planner at ‘Fox News.’

He trained in baseball when he was in middle school. He grew up outside New York. Hence, the father-son duo bonded over ‘Yankee’ games. However, they now bond over beer and golf.

He has always acknowledged his father’s role in shaping his career as a news correspondent.

He believes all of Steve’s pieces of advice are “invaluable” to him, and the way Steve had initially exposed him to the industry had been tremendously beneficial to him.

Steve exposed he to the newsroom for the first time during a ‘Take Your Child to Work Day’ event, when he was just 4. It was his first experience in network TV.

The exposure helped he understand the kind of dedication required for the job. On his first day at work, Steve advised him to always keep my sleeves rolled up, as that would create an impression that he was busy.

In 2018, he surprised Steve with a Father’s Day gift while he was reporting live from the ‘White House.’ He gifted his father a pack of business cards of John Robert, the 17th chief justice of the US.

He once had an accident while having a lawn-mower ride with Steve, as a child. Since then, the father-son duo bonds on lawn-mower rides, much to Kathy’s chagrin.

Peter attended ‘Villanova University,’ and while pursuing his bachelor’s degree in political science. He interned as a ‘Palestra’ (a Pennsylvania sports arena) reporter for ‘Fox News.’

he parents were initially apprehensive about him joining ‘Fox’ soon after graduating from ‘Villanova.’

It was quite strange, as both Steve and Kathy had prominent careers on TV, but they did not want the same for him. They wanted him to pursue either an MBA or a law degree.

In 2017, when Peter asked Senator McCain, “Has your relationship with the president frayed to the point that you are not going to support anything that he comes to you and ask for?”.

To this  Senator got furious and lambasted against him for asking such a “dumb question”. Doocy’s casting as a reporter in the Fox News Channel in the early years of his reporting career provoked many rumors and controversies.

He came to the news in July of 2016 when one of the employees of the Fox News Channel said he saw Doocy sexually harassing the female employee on the set.

Doocy’s eyes and hair are hazel-brown in color. He is 6 feet 1 inch tall. Likewise, his body weight is 64 kg. Other information about his body sizes is not available at the moment.

But he is a beautiful man and has a sweet and wacky attitude.

While in college, Peter participated in ‘MSNBC’S ‘Hardball College Tour’ with Chris Matthews in April 2008, where he was selected to interview former Arizona senator

John McCain and asked him about Hillary Clinton’s drinking habits, referring to her picture with a whiskey shot, toasting with some voters.

The picture was published on the front page of the newspaper that morning. Though the question was risky to ask, it was worth it, as it paved his way to news reporting.

He framed the question in a hilarious manner, which amused not only the audience present there but also John.

He covered the 2008 presidential election, and following that, he began his career officially with the ‘Fox News’ channel in 2009, as a general assignment reporter in New York City.

In 2011, he was assigned to report the Midwest floods. Following this, he covered other major stories, such as the heart transplant surgery of former vice president Dick Cheney (in 2012) and the floods in the Midwest.

Later, he reported the 2012 ‘Hurricane Sandy’ and the presidential elections that year.

He also reported on the 2012 Sandy Hook Elementary School shooting and the 2013 ‘Boston Marathon’ bombing. In 2014, he did an exclusive TV interview with former ‘Navy SEAL’ Robert O’Neill

, the man who had killed the most-wanted terrorist Osama bin, Laden. The segment featuring the interview was the highest-rated ‘Fox News’ documentary of the time.

In 2015, ‘Fox’ assigned his substitute on ‘Fox & Friends.’ He is currently working on the 2020 presidential election campaigns.

He appointed to cover the entire election season, focusing on senator Bernie Sanders’s campaigns. In April 2019, he had a live discussion with students in the 2020 election. 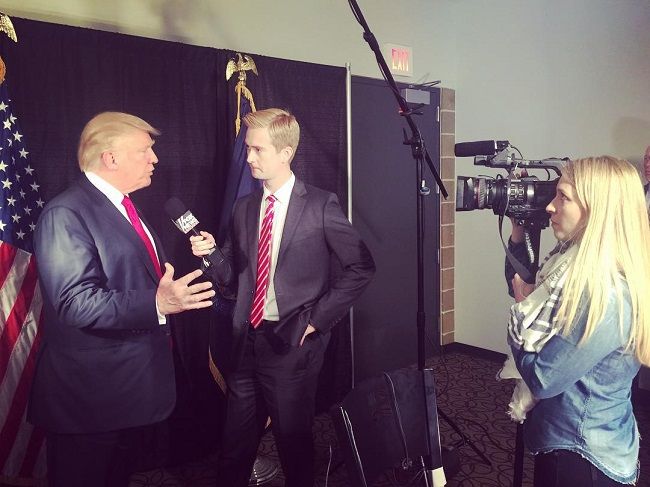 Peter has been in the field of journalism for a long time now. He is regarded as one of the biggest names in the game. His net worth is estimated to be $2 million and his earning as Fox correspondent amounts to $120 thousand yearly.

Peter Doocy’s relationship is currently single. There is nothing to prove that he is in a relationship with anyone. He has, however, revealed that he has a huge crush on the Hollywood actress Kate Upton.

Additionally, he has 14.2K followers on Instagram, more than 143K followers on his official Twitter, and has over 11,790 likes on Facebook. He shares pictures of his interviews, enjoying time with his family, and traveling.