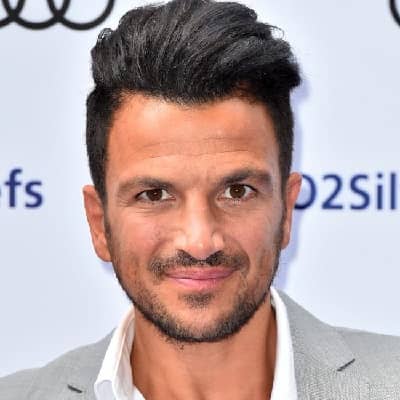 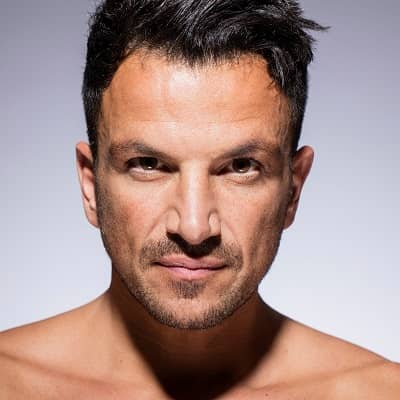 Currently, Peter Andre is a married man. He has married twice and has two kids from her previous marriage with famous personality Katie Price.

In July 2012, Andre started a relationship with medical student Emily MacDonagh. She gave birth to his third child, a daughter, Amelia (also known as ‘Millie’) on 8 January 2014. The duo married on 11 July 2015 in Exeter at Mamhead House. On November 22, 2016, they had a son, Theodore James (also known as ‘Theo’).

He often treats his wife to luxurious trips to party special occasions. In June, he told HELLO! about the surprise trip to Venice, he organized for Emily’s birthday. Andre said:

“We landed in Italy, she had no idea where we were. I wouldn’t let her look at any signs. I got her on a boat. As soon as she saw the signs of Venice she was like ‘Oh my God’. So I got her all the way to Venice without her knowing. It’s those kind of fun things I like to do with her.” 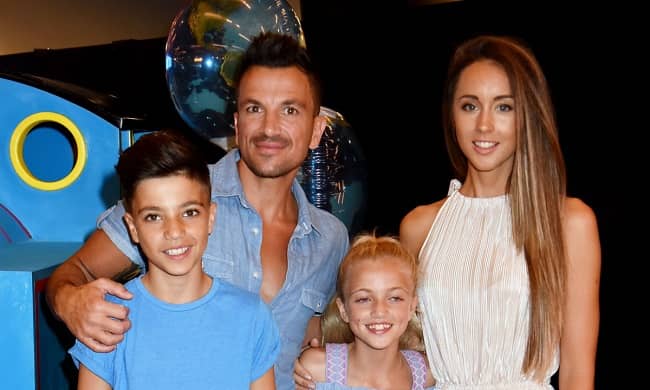 Caption: Peter Andre posing for a photo with his two kids from former wife Katie and his present wife Emily (Source: Hello Magazine)

Andre started dating glamour model Katie Price in early 2004. The duo met on reality series I’m a Celebrity…Get Me Out of Here!. Then, they got engaged secretly that May, but it was not announced publicly until months later. The duo married on September 10, 2005, in Highclere Castle, Hampshire.

The duo has two kids together: son Junior Savva, born on 13 June 2005; and daughter Princess Tiaamii Crystal Esther, born on 29 June 2007. While his marital linkup to Price, he was stepfather to her son Harvey, from her earlier relationship with football player Dwight Yorke.

The couple remarried and exchanged their vows in September 2008. Sadly in May 2009, they made an announcement about Andre and Price had separated after three-and-a-half years of marriage. Officially they divorced in September of that year.

Peter Andre is 48 years old. He was born on 27th February 1973 in Harrow, London, the United Kingdom. His father’s name is Savvas Andrea and his mother’s name is Thea Andrea. His birth name is Peter James Andrea.

Likewise, his family moved to Sydney in 1979 at the age of six years old. Additionally, he became interested in the world of television and acting from an early age. He holds British nationality. Moreover, he belongs to the Greek Cypriot ethnic background. 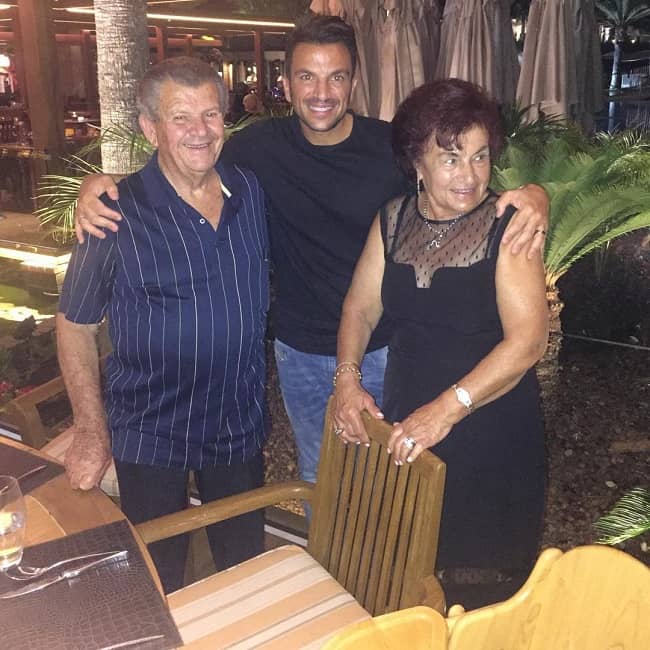 Caption: Peter Andre with his parents on the dinner night (Source: Instagram)

Talking about his educational background, he attended Benowa State High School on the Gold Coast.

Professionally, Peter Andre is an English singer, songwriter, businessman, and television personality. Initially, he participated in the Australian talent show ‘New Faces’ in 1989. Later, in 1992, he issued his debut single, ‘Drive Me Crazy.’  Likewise, his other singles are ‘Gimme Little Sign,’ ‘Gimme Little Sign’, and ‘Mysterious Girl’. Besides his musical career, Andre has also made appearances in many television series in his career.

As a whole, he has five credits as an actor and 22 credits for soundtracks. Some of the movies and television series that he has appeared in are ‘Peter Andre’s Greek Odyssey’, ‘Tripped’, ‘Thomas & Friends: Big World! Big Adventures! The Movie’, and ‘Keith Lemon: The Film’.

On 14th September 2009, he released his sixth studio album, Revelation. Notable tracks “Behind Closed Doors” and “Unconditional” peaked at 4th and 50th respectively in the UK charts, with the album reaching No. 3.

Furthermore, he even has credit as a producer. He has produced soundtracks for the shows like ‘David Brent: Life on the Road’ and ‘Who’s Doing the Dishes?’. Similarly, he made an appearance in the thirteenth series of ‘Strictly Come Dancing’. He has further issued 12 studio albums to date which include ‘Come Fly with Me’, ‘White Christmas’, and ‘Angels & Demons’.

In 2014, he released the song “Kid” for the film Mr. Peabody & Sherman. In the same year, he co-hosted the ITVBe opener with Jamelia. Likewise, In 2014, he became the new face to feature in supermarket Iceland’s television commercials.

Likewise, he has since starred in the ITV weekly series Give a Pet a Home which serves alongside the RSPCA in Birmingham. In 2015, he appeared as a contestant for the thirteenth series of Strictly Come Dancing. While he partnered with Janette Manrara for the show. Unfortunately, the pair went out just before the quarter-final, in week 10, and therefore finished in seventh place.

In 2020, he voices Ace the race car in the 24th season of Thomas & Friends (having voiced the same character in Ace’s debut movie). 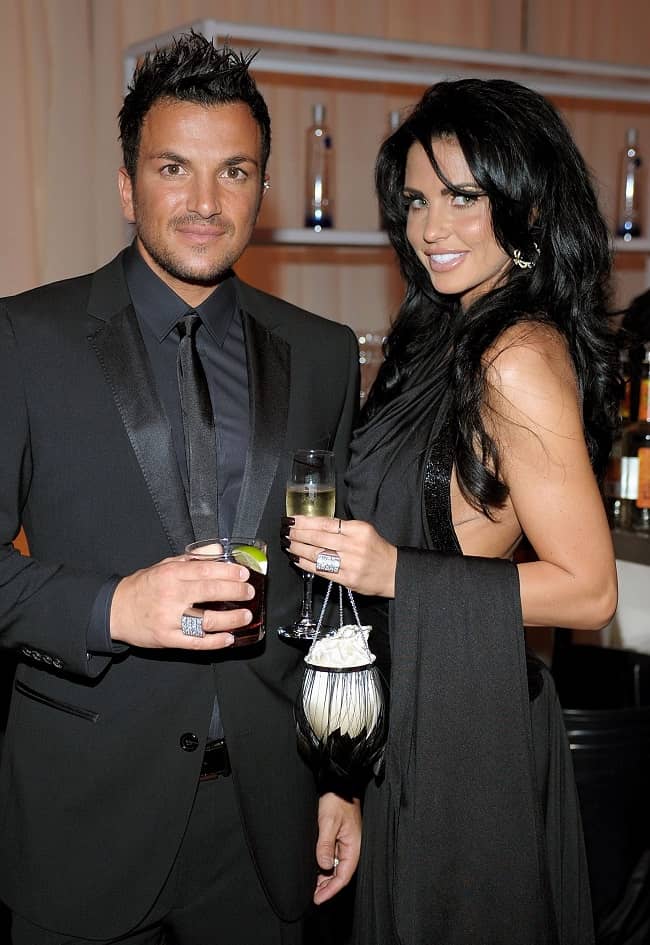 Caption: Peter Andre on the photo with his former partner Katie Price (Source: The Sun)

Andre has launched several women’s perfumes, which have added to his income. Since he has released several more fragrances, including Mysterious Girl, Forever, Breeze, Scarlet, and Conditional For Men.

As an author, he released an illustrated memoir My World: In Pictures and Words in 2010 and it reached number two in the UK book charts. He penned two additional biographies: Between Us and All About Us – My Story.

Further, he has even written two children’s books: The Happy Birthday Party and A New Day at School. Further, he has opened up a coffee shop chain called New York Coffee Club with his brother Danny. They also opened a store in Brighton in 2012 but closed three years later because the rental costs were too high.

In 2013, Peter Andre won the TRIC Award. In addition to this, he even garnered the HMMA Award nomination in the category of Best Song – Animated Film in 2014.

The English singer, songwriter, businessman, and television personality has a net worth of £12.3million. His income proceeds through many different channels. Since his music career took off in the ’90s, Andre has since branched into reality TV, ladies’ fragrance, and even coffee shops. Moreover, he is living a lavish and luxurious lifestyle with good fortune.

Peter Andre has become part of a controversy after judgments were made on an Instagram video of his children, Princess, Junior, and Amelia. In the following picture, the kids are seen using the gym and people debated that they were too young to get involved in the gym.

In addition, Andre also made the news after it was announced that he has forbidden Katie from seeing their children Princess and Junior. Currently, there are no rumors regarding Andre and his career. But in his previous days, many rumors are coming out on media about his relationship with many celebrities like Elen Rivas, Spice Girl Mel B. Laura Vasquez, etc.

The handsome hunk Tv personality Peter Andre stands at a height of 5 feet 8 inches or 174 cm. He weighs around 74 kg and has dark brown hair color with light brown eyes.