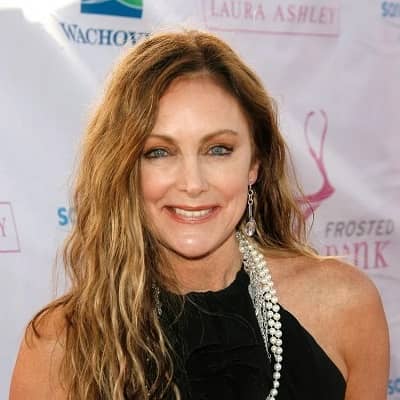 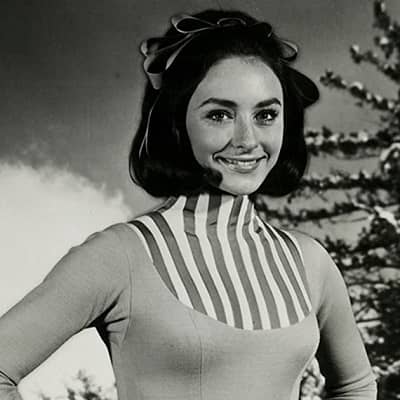 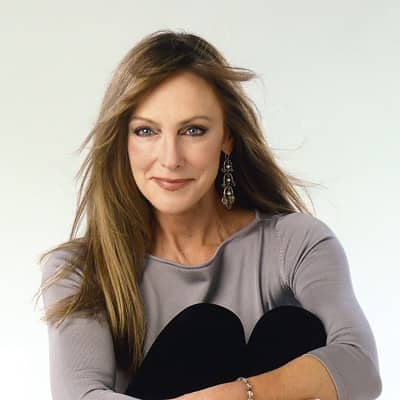 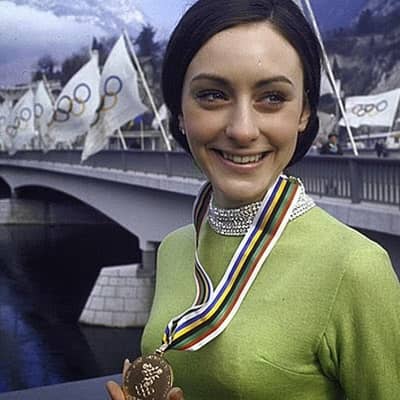 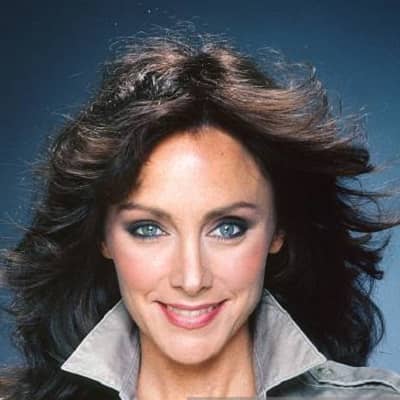 Peggy Fleming was born on 27 July 1948 and she is currently 73 years old. She is originally from San Jose, California, and her zodiac sign is Leo. Moreover, her full name is Peggy Gale Fleming.

Talking about her family, Fleming’s mother is Doris Elizabeth (née Deal) and her father is Albert Eugene Fleming. Her mother is a newspaper journalist and her father is a former U.S. Marine. Likewise, she has three sisters namely Janice, Maxine, and Cathy. Furthermore, his personality attended Colorado State College.

Professionally, Peggy Fleming is a former figure skater. She is also the only American in the 1968 Winter Olympics in Grenoble, France, who brought home a Gold Medal. Moreover, people recognize Fleming as the 1968 Olympic Champion in Ladies’ singles. Additionally, she is also a 3-time World Champion from 1966 to 1968. Besides being a figure skater in the past, this personality has also worked as a TV commentator in figure skating for over 20 years. She also worked as a TV commentator for several Winter Olympic Games.

Talking about the beginning of her career, Fleming started to skate at the young age of 9 years. This was when Fleming’s father took her and her three sisters skating. At age 12 in the year 1961, her coach William Kipp was killed in the crash of Sabena Flight 548. On the same flight, the rest of the United States figure skating team passed away en route to the 1961 World Figure Skating Championships. Following this tragedy, Fleming’s coach was Carlo Fassi. This former skater’s unusual style led to five U.S. titles, three World titles, as well as the gold medal in the 1968 Olympics that were organized in Grenoble, France.

This skater’s award in Grenoble was singularly important for the American athletes and the nation as a whole. It was because Fleming’s win was the only gold medal that the U.S. Olympic team won that year. This win signaled a return to American dominance in the sport of women’s figure skating after the unprecedented tragedy of the 1961 Sabena plane crash. 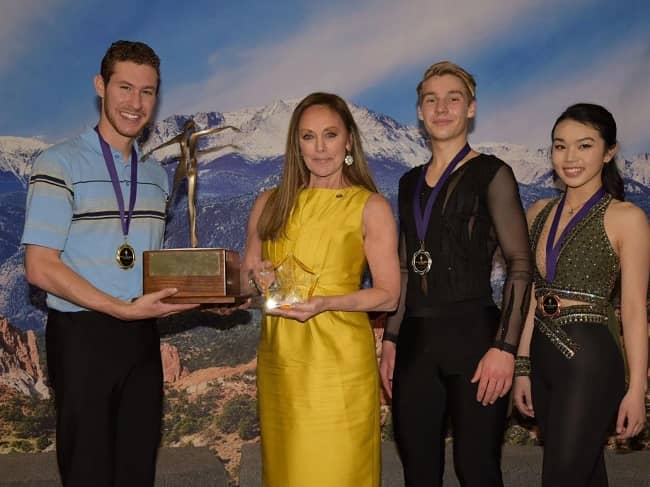 After becoming an Olympic champion, this former skater turned professional. As such, she also performed on TV shows. She appeared in five NBC specials of her own as well as toured with many skating shows including Ice Capades.

During the Cold War, this former skater filmed a TV show in USSR. Fleming had also skated to Butterfly Lovers’ Violin Concerto in China. Since the year 1981, this former skater has been a skating commentator for ABC Sports. Moreover, in the year 1993, the Associated Press released the results of a national sports study. This study ranked this skater as the 3rd most popular athlete in America. The skaters that were 1st and 2nd most popular athletes were the fellow Olympians – Mary Lou Retton and Dorothy Hamill. 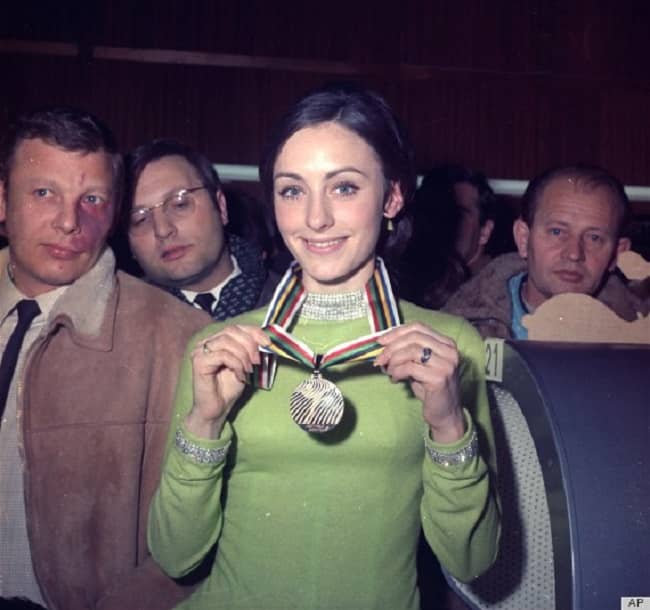 In the year 1998, Fleming was diagnosed with breast cancer. It was detected in its early stages and hence her surgery was successful. Following this, Fleming became a breast cancer activist. As such, this figure skater recommends not procrastinating and advocates for early detection.

Ten years before her cancer diagnosis, i.e. in 1988, Franklin Mint Heirloom Porcelain Dolls made a Peggy Fleming all-porcelain doll. Moreover, in the year 2007, this personality appeared in the movie Blades of Glory in which she appeared as a judge. Then in 2010, Art of the Olympians produced a 30-minute documentary related to this personality. Additionally, this former skater is also an artist. As such, her works are on display with the Art of the Olympians.

Along with former Olympian Vonetta Flowers, this personality was injured and briefly hospitalized after a traffic accident. This happened while the Olympians were riding in U.S. Vice President Joe Biden’s motorcade. This happened at the 2010 Winter Olympics in Vancouver.

Peggy Fleming is a happily married person. Her husband’s name is Greg Jenkins and he is a dermatologist and a former amateur figure skater. Fleming and Jenkins were teenage sweethearts and they tied the knot on 13 June 1970. The lovers have two sons namely Andy and Todd born in 1977 and 1988 respectively. The couple also has three grandchildren. The happy family resides in Denver, Colorado, at present.

Moreover, the couple owned and operated Fleming Jenkins Vineyards & Winery in California. Their winery produced wine named “Choreography” – a Bordeaux-style blend from Napa Valley as well as “Victories Rose” from the San Francisco Bay Syrah. The profits earned from the wine “Victories Rosé” were used for charities that supported research on breast cancer. However, their winery closed in the year 2011. 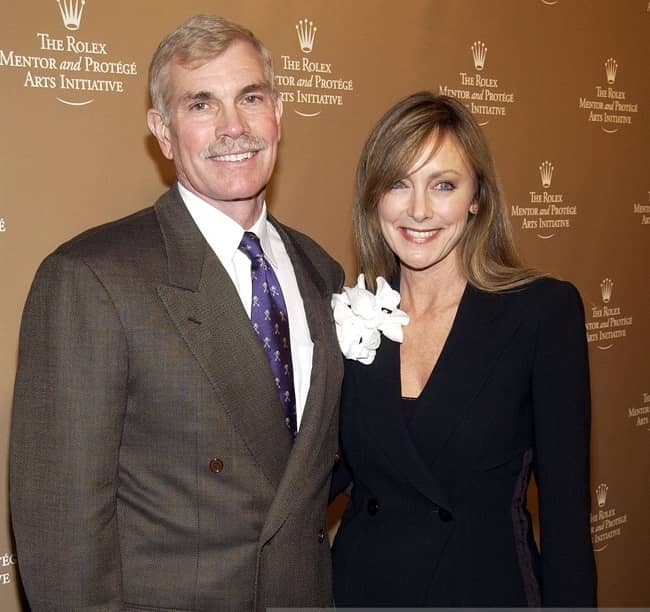 Caption: Peggy Fleming and her husband attending an event together. Source: Getty

Peggy Fleming stands tall at an approximate height of 5 feet 4 inches or 1.63 meters and her weight is around 110 lbs or 50 kgs. This former skater has blonde hair and mesmerizing blue eyes. Besides these, the figure skater’s further body measurement details are unavailable.

Peggy Fleming joined Twitter in January 2021 and her username on this platform is @peggyflemingusa. Likewise, this former figure skater has over 1k followers on her @peggyflemingofficial Instagram account and more than 1.5k followers on her Facebook page. Moving on, Fleming has a net worth of around $8 million US dollars.