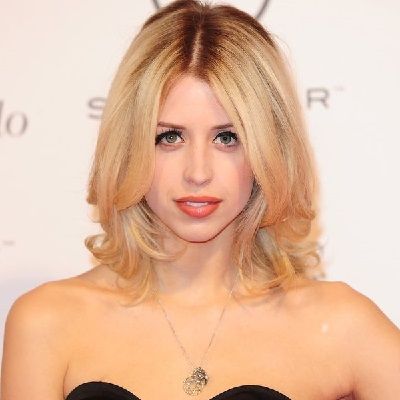 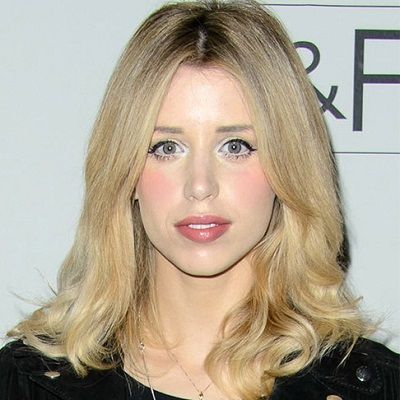 Peaches Geldof was born on 13 March 1989, in London under the astrological sign Pisces. Her father’s name is Bob Geldof who is a musician and her mother’s name is Paula Yates who was a television representative. Likewise, she is the granddaughter of Hughie Green. She had two sisters, Fifi Trixibelle Geldof and Little Pixie Geldof. Further, she also had one half-sister named Heavenly Hiraani Tiger Lily Hutchence. 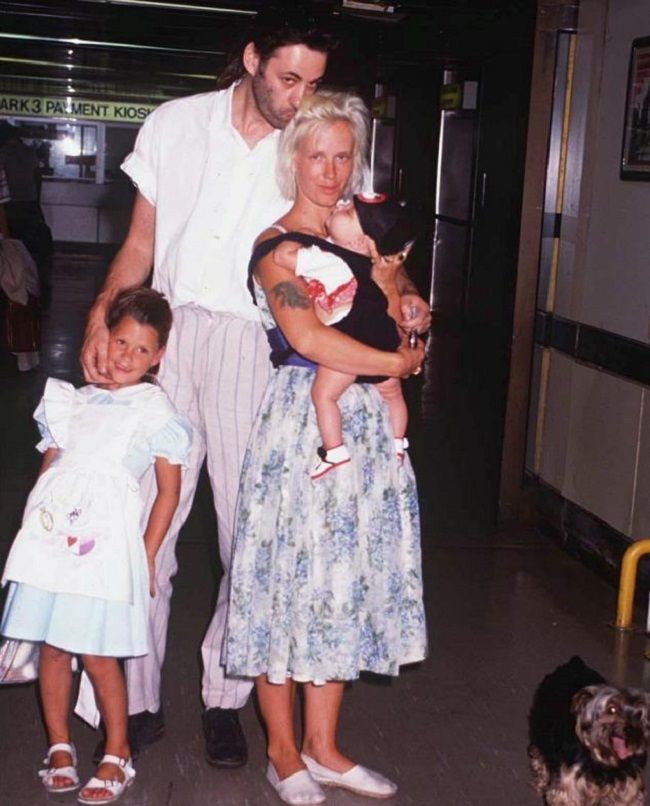 She grew up along with her sisters in Chelsea, London, and Faversham, Kent. Moreover, she was a British citizen. Her birth name is Peaches Honeyblossom Geldof. Sadly, when she was 11 years old, her mother died of a heroin overdose at the age of 41.

Moving toward Peaches Geldof’s educational background, she went to Queen’s College, London. At the age of eighteen, she rented a flat in Islington, London and completed her A-Levels after moving out of her father’s house. Likewise, she was accepted at Queen Mary & Westfield College, University of London, where she studied English literature and journalism.  However, she deferred it to move to New York City with her then-husband, Max Drummey.

Unfortunately, Peaches Geldof left the world which saddened her fan on 7 April 2014 at the young age of 25. She was found dead at her home in Wrotham, Kent. The policemen found and seized drug paraphernalia at the house. Similarly, her death made her family in a feeling of very deep sorrow and grief.

Her funeral took place on 21 April 2014 at St Mary Magdalene and St Lawrence Church in Davington, Kent. It is the same church where she was married, where her parents were married, and where her mother’s funeral service was held. Geldof’s father, husband, other family and friends and various members of the UK entertainment and fashion industries attended her funeral.

Peaches Geldof’s body was discovered at her home at around 13:30 on Monday 7 April 2014. The initial media reports gave this as the date of her death. However, evidence presented at the inquest included the possibility that she had died after 20:00 on Sunday 6 April 2014.

Her father, Bob Geldof said in a statement:

“We are beyond pain. She was the wildest, funniest, cleverest, wittiest and the most bonkers of all of us. We loved her and will cherish her forever.”

“My beloved wife Peaches was adored by myself and her two sons Astala and Phaedra and I shall bring them up with their mother in their hearts every day.”

The inquest opened into Geldof’s death at Gravesend Old Town Hall on 1 May 2014. And on 23 July, the coroner found that the cause of her death was opioid intoxication. This resulted in her death being recorded as the verdict of a drug-related death. There was no evidence it was deliberate. Peaches Geldof was taking the maintenance drug methadone for two and a half years before her death.

She started taking heroin again in February 2014 and 6.9 grams of this drug was found in the house. Moreover, on 3 July 2015, Kent Police announced that they had ended the investigation into her death and said they had “exhausted all lines of inquiry” trying to find who supplied her with this Class A drug.

Talking about Peaches Geldof’s professional life, she initiated her career as a journalist by writing a magazine column for the UK edition of Elle Girl. Then, she wrote a weekly socio-federal article for The Daily Telegraph and even wrote numerous articles for The Guardian from ages 14 to 17.

Likewise, she has also written and performed her own documentary TV program, Peaches Geldof: Teenage Spirit in 2005. Peaches Geldof: Teen America followed this program, which aired on Sky One in the UK on 1 March 2006. In 2006, she was placed at number seven in the Tatler’s list of Top Ten Fashion Icons for the year. She was the youngest person on the list. Similarly, readers of FHM voted her the 53rd sexiest woman in the world in 2007.

Besides her career as a Journalist, she also made her catwalk début modeling for PPQ at London Fashion Week in September 2007.  Further, she even got announced as the face of the Australian fashion line Dotti. She has even appeared on Disappear Here, an MTV One reality show in which she founds a new youth-oriented magazine. Her show got aired on 19 October 2008.

In the year 2009, she was contracted to a six-figure modeling deal to enhance the face of the Miss Ultimo collection. Unfortunately, in the year 2010, she was released from Ultimo. This was because of her nude pictures and allegations of drug use. The news was posted on the Internet as well as published in the media. She denied the claims about her allegation.

In 2011, she hosted a talk show named  ITV2 called OMG! with Peaches Geldof. It was a magazine-format chat and guest show with audience participation. 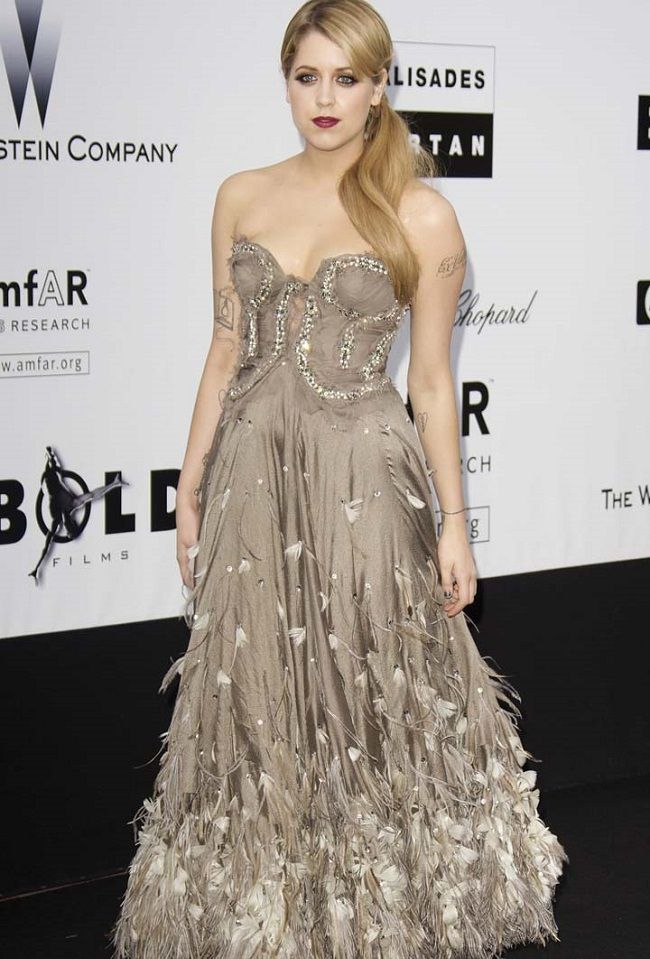 Peaches Geldof is a famous journalist who earned a decent sum of work from a very young age. Therefore, the sources have estimated her net worth to have $1 million. But after her death, some online resources claimed that she had debts of £450,000  in 2014. Moreover, the popular personality doesn’t seem to be involved in brand endorsement activities. However, she will surely be working as a brand ambassador for top brands in the coming days.

The investigation of her dead body was taken at Gravesend Old Town Hall on 1 May 2014. On 23 July, the investigator found that due to opioid intoxication causes death and recorded a conclusion of a drug-related death. There was no proof it was intentional. Likewise, she had been taking the preservation of drug methadone for two and a half years before her death.

Similarly, she had also begun taking heroin again in February 2014. And 6.9 grams of the drug were found in the house. On 3 July 2015, the Police declared that they had ended the investigation into her death.

What was the relationship status of Peaches Geldof?

Reflecting Peaches Geldof’s relationship status, she was a married woman. She had engaged in June of 2011 to Thomas Cohen who a lead singer of the London band S.C.U.M. They had married at the same church in Davington, Kent on 8 September 2012. Similarly, her parents married in the same church earlier. And further where her mother’s funeral was held in 2000. The couple had two sons together. Their first son was born Astala Dylan Willow Geldof-Cohen born on 21 April 2012. And the second Phaedra Bloom Forever Geldof-Cohen, born on 24 April 2013. 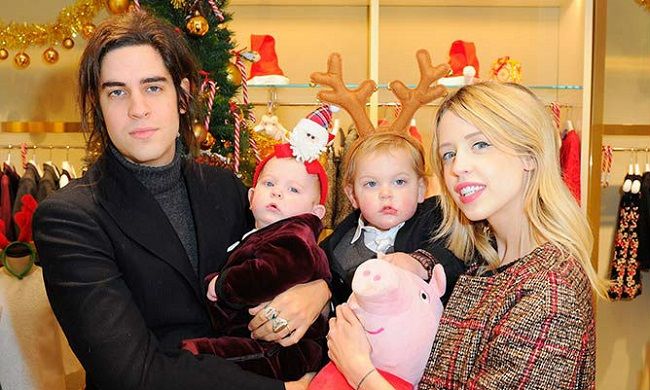 On 5 August 2008, she also married Max Drummey, an American musician from the band Chester French, at the Little White Wedding Chapel in Las Vegas. On 7 February 2009, they announced their end of a marriage and filed for divorce in Los Angeles, citing irreconcilable differences in April 2011.

Peaches Geldof had a Twitter account where she gained 188.2k fan followers but her tweets are private currently. She joined in February 2009 and has not been active since her death.