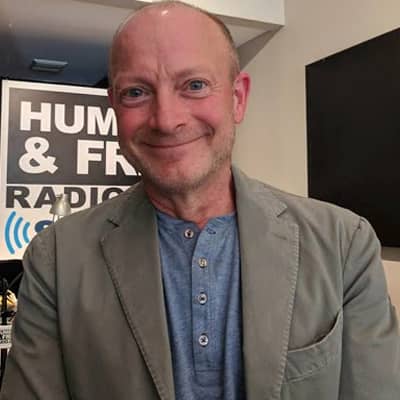 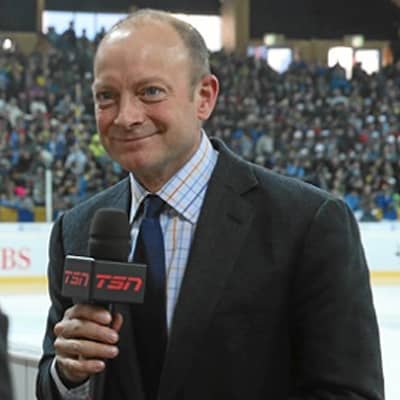 Paul Romanuk is a well-known sportscaster who is currently employed by Sportsnet. Paul Romanuk has worked for The NHL Tonight since 1989 and is well-known for his appearances on the program. He is a well-known sportscaster who often appears alongside Caroline Cameron, Gregg Zaun, and Hazel Mae on television. He’s also known for his work as a play-by-play announcer for the Toronto Maple Leafs and the NHL on Sportsnet.

Paul Romanuk was born in Oshawa, Ontario, Canada, on October 31, 1961. He belongs to Canadian nationality. His zodiac sign is also Scorpio. He earned his Bachelor’s degree from Ryerson Polytechnical Institute.

Romanuk volunteered for the Toronto Marlboros Sunday broadcasts on CKLN-FM, Ryerson’s campus radio, from 1981 to 1984. He started his career working for play-by-play announcer Michael Landsberg as a stats and technical equipment man.

Romanuk got his first paying job in broadcasting in 1983, while still a Ryerson undergraduate, when he was hired as a color analyst for Oshawa Generals junior hockey on CKAR 1350 AM radio alongside play-by-play man Mike Inglis. By 1984, Inglis had moved on, and Romanuk had taken over the play-by-play duties, which he did until 1987.

After graduation, Romanuk worked for CBC Sports as a stats assistant and runner for play-by-play announcer Bob Cole, color analyst Harry Neale, and studio host Dave Hodge on Hockey Night in Canada. In 1985, Romanuk began working as a newsroom editorial assistant for TSN, a new all-sports cable channel.
Romanuk was eventually hired to host the OHL Game of the Week show on Global Television Network during the 1986-87 season. Romanuk joined TSN as a full-time commentator and reporter in October 1987.

Similarly, He was the secondary TSN hockey play-by-play voice behind Jim Hughson and reported NHL play-by-play games for the NHL on TSN. Hughson quit TSN, and Romanuk was the network’s lead NHL play-by-play announcer from the 1994–95 season to the 1997–98 season. 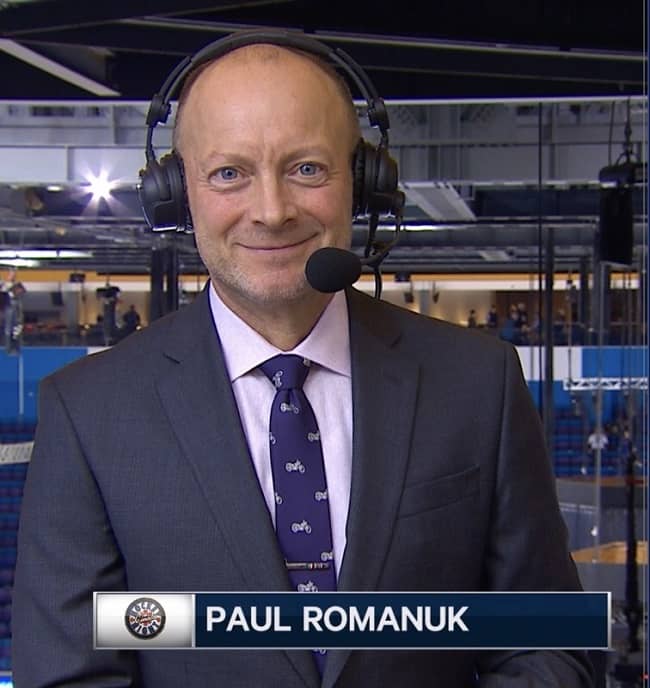 He was also the English-language television face of the Montreal Canadiens’ regional broadcasts on TSN from 1998 to 2001.

After fourteen years at TSN, Romanuk accepted an offer to host a morning drive show on The Team 1050, a newly re-branded AM station in Toronto, in the spring of 2001.

Romanuk has covered numerous international sporting activities for the Canadian networks CBC, CTV, TSN, and Sportsnet, including play-by-play announcing of triathlon and weightlifting at the 2012 Summer Olympics in London.

He also did voice-over work for the International Ice Hockey Federation, provided play-by-play commentary for the Champions Hockey League in 2008-09, and emceed the 2012 Hockey Forum in Barcelona and the 2014 CHL draw in Minsk. He is also a well-known children’s book author who specializes in hockey books. Despite his popularity and fame, he has not received any brand endorsement deals as of now. However, it is possible that in near future, he might start to endorse brands.

Not only is Romanuk the best NHL reporter and play-by-play announcer, but he is also a wonderful husband to his wife Kari. So far, we just know that the sportscaster and his current wife dated before marrying, but we have no idea when they actually married or how many children they have.

Paul Romanuk stands at a height of  5 Feet and 6 Inches tall. He has blue eyes color.

Talking about his social media presence, he is not so active on social media platforms. However, he has a Twitter account with some followers.