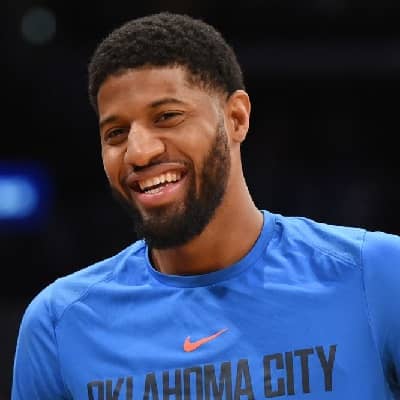 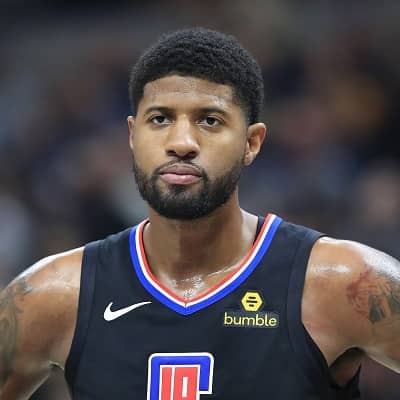 Paul George is a famous American professional basketball player. Paul George is currently affiliated with the National Basketball Association (NBA) team Oklahoma City Thunder. He is a six-time NBA All-Star and five-time All-NBA Team selection, as well as a four-time member of the NBA All-Defensive Team.

Paul George was born on May 2, 1990, in Palmdale, California, U.S.A. His father is Paul George Sr. and his mother’s name is Paulette Ann George. He also has two older sisters, Teiosha and Portala. From an early age, their parents created an environment where they were encouraged to take up sports. Teiosha played basketball at Pepperdine University in Malibu, California, and Portala was a volleyball player at California State University, San Bernardino.

He grew up idolizing Kobe Bryant and being a devoted supporter of the Los Angeles Lakers and Los Angeles Clippers. While he has been playing basketball since he was a child, it was mostly with his sister Teiosha, who gave him his first lessons on the game. He is 30 years old and his zodiac sign is Taurus. He follows Christianity.

He attended Knight High School in Palmdale, California. Recruiters began noticing George during the summer of 2007, while he competed in AAU tournaments. His coach sensed his potential and handed him a leading role in his senior season. That year, he led Knight to the Golden League championship and was named the Golden League Most Valuable Player, the Antelope Valley Press Player of the Year, and a member of the Daily News 2007–08 All-Area Boys’ basketball team. He ended his senior year averaging 23.2 points and 11.2 rebounds.

Santa Clara offered scholarship to him which he accepted and verbally committed to it. However, his high-school coach Tom Hegre advised him to wait for more options. He ended up attending Pepperdine University for the first half of the semester before enrolling at California State University, Fresno. He had a two-year tenure with the Fresno State. During the 2008-09 season, he appeared in 34 games, being part of the starting lineup in all of them. Playing for an average of 34.6 minutes per game, he scored 14.3 points per game. On November 18, 2008, he was named the ‘Player of the Day’ for his performance in a match against the Saint Mary’s.

At the beginning of his sophomore year, he was picked as the most entertaining player in the West region and the eighth-most entertaining player in college basketball by ‘Sports Illustrated.’ He suffered a sprained ankle on January 21, 2010, and was sidelined for the next four games. By the end of the 2009-10 season, he had started all 29 matches he had appeared in, scoring an average of 16.8 points per game. George was also included in the All-WAC Second-Team.

In 2010, Paul George decided not to play the two remaining seasons of college eligibility at Fresno State and put himself up for the NBA draft that year. It turned out to be a smart decision as he was asked to wait in the green room during the event and was drafted by the Indiana Pacers as their 10th overall pick. On 1 July, he formally joined the Pacers after signing a two-year guaranteed rookie contract for $3.9 million. He made his debut against the San Antonio Spurs on 27 October and scored four points during the 23 minutes he was on the court. 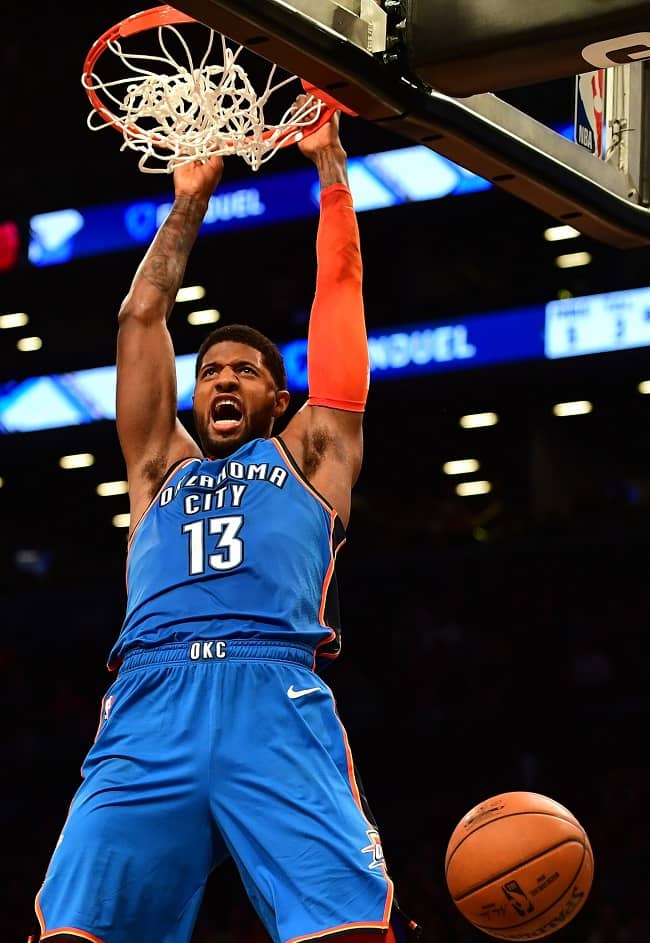 By the end of his first NBA season, he had appeared in 61 games, being part of the starting lineup in 19 of them and scoring 7.8 points per game on average. In the 2011-12 season, George was in the starting lineup of all his 66 games and scored an average of 12.1 points per game. He was picked as one of the competitors in the Slam Dunk Contest and Rising Stars Challenge during the 2012 NBA All-Star Weekend.

At the time of his entry into the NBA, George was a shooting guard. He was shifted to the small forward position in his third season as a professional basketball player. His breakout season (2012-13) established him as one of the top-tier players in the league. Starting all his 79 games, he averaged 17.4 points per game, 7.6 rebounds per game, and 4.1 assists per game and earned the NBA’s Most Improved Player award.

The following season turned out to be even better for him. The Pacers extended their contract with him on September 25, 2013, selecting him as their designated player. He played 80 games, scoring 21.7 points per game on average. His team appeared in the fourth successive time but they lost to Miami Heat. This was the Pacers’ third consecutive defeat against the Heat in the playoffs.

George was supposed to join the training camp roster for the US national team to prepare for their bid for the 2014 FIBA Basketball World Cup in Spain. However, he suffered a compound fracture of both bones in his lower right leg in a scrimmage with Houston Rockets’ James Harden in Las Vegas on August 1, 2014. During his surgery, a pin was inserted in his leg. While it was initially thought that he would miss the entire season. Later, he made a return at the end of the season to appear in six games, averaging 8.8 points per game.

After the 2015-16 season opener against the Toronto Raptors, George publicly criticized the referees and was instructed to pay a $10,000 fine. In the regular season, he played in 81 games, registering an average of 23.1 points per game. He appeared in seven games in the playoffs that year, averaging 27.3 points per game. This was his first playoffs appearance since 2014.

On July 6, 2017, the Pacers traded George to the Oklahoma City Thunder in exchange for Victor Oladipo and Domantas Sabonis. His first season with the team was a good one. George became a part of the starting lineup in all of his 79 matches ranked in 2.19 point per game on average despite his new franchise. He led his team to the playoffs, where he played six matches, averaging 24.7 points per game. His overall performance that season earned him a spot in the NBA All-Star team for three years running. He was born as Paul Clifton Anthony George. He is an actor, known for The Equalizer 2 Promo (2018), The Bachelor (2002) and The NBA on TNT (1988).

His successful career path has paid him well making. As his net worth is $22 million and his salary is $17 million. Moreover, he has a Ferrari 458 Italia Spider.

Paul George previously dated Callie Rivers, the daughter of Los Angeles Clippers’ Head Coach Doc Rivers. They broke up in 2013 after it was revealed that he had impregnated an exotic dancer named Daniela Rajic. At the time, there were a lot of speculations about George offering Rajic $1 million to terminate the pregnancy. However, in 2014, his representative told the media that these rumors were false. A few months later, Rajic filed a paternity lawsuit against him. It was ultimately confirmed that George was indeed the father. 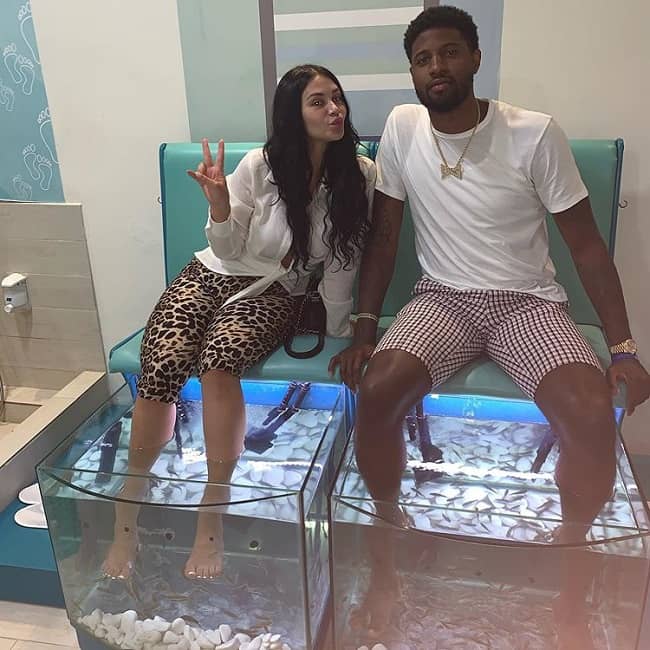 Olivia George was born on May 1, 2014. Soon after that, a fierce custody battle ensued between her parents. George accused Rajic of neglecting their child and was himself called a deadbeat father by the presiding judge. Eventually, they settled for joint custody and by October, George was seen in public with Olivia.

He has since allegedly dated Jessica Burciaga, the Playboy Playmate of the Month for February 2009. In December 2016, he began a relationship with stylist Destiny Marie Hatcher but it did not last long. George eventually got back together with Rajic in 2017. On November 1, 2017, Rajic gave birth to their second daughter, whom they named Natasha. In 2014, Daniela Rajic sued him by claiming that he was the father of her child.

Paul is a tall and handsome guy with black eyes and dark brown colored hair. His height is 6 ft. 8 inches (2.3 m) and he weighs about 100 kg (220 lbs.).  He is very popular in his social media accounts. His Twitter account (@Yg_Trece) has 2.3 million followers and 8.9 million people follow him on his Instagram account (@ygtrece). He also has a Facebook page (@ygtrece) which has 3.6 million followers. 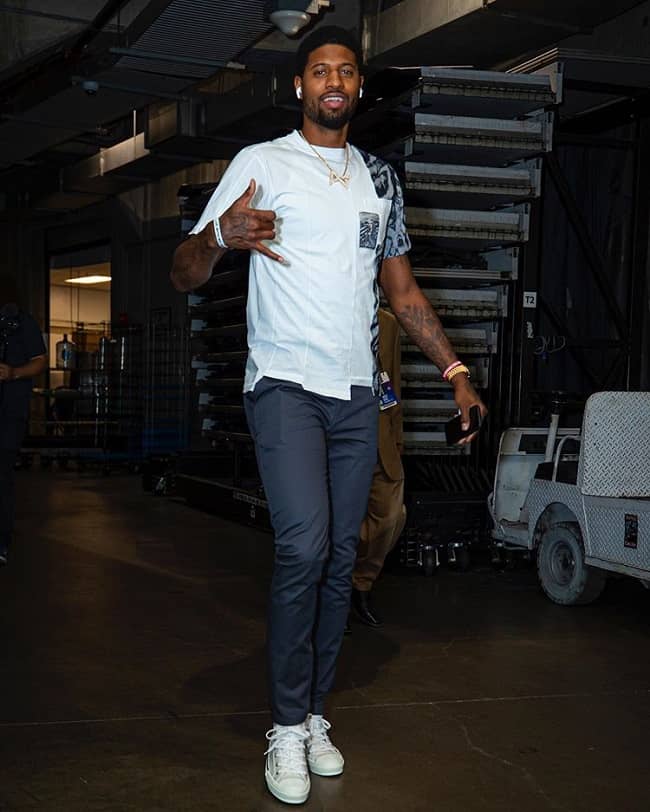