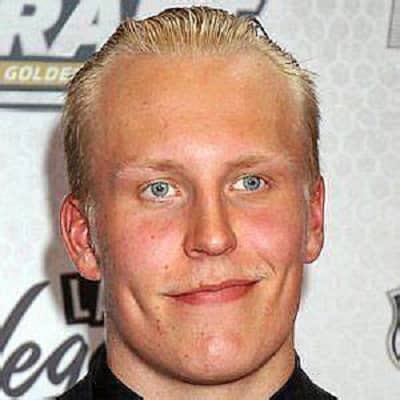 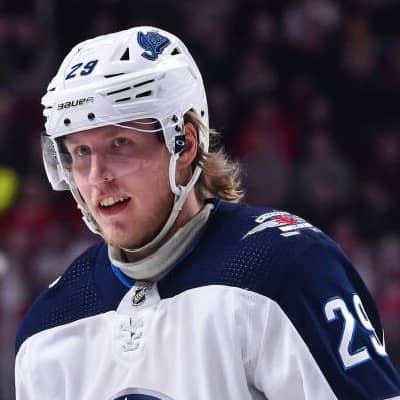 Patrik Laine is a popular and well-known professional ice hockey winger from Finland. Patrick is a well-recognized name as a member of the National Hockey League’s Columbus Blue Jackets (NHL).

Patrik Laine was born on April 19, 1998, in the Finnish city of Tampere. He is 24 years old as of 2022. He holds a Finnish citizen and belongs to Finnish-White ethnic heritage. His father’s name is Harri Laine, and his mother’s name is Tuija Laine.

Likewise, as per his birth date, his star sign is Aries, and he follows Christianity. He was keenly interested in Hockey since he was four years old.

Details regarding his parents, siblings, and relatives are still under review and his educational status is not disclosed yet. Though we have known he dropped out of school at the age of 16 to pursue hockey full-time.

Patrik Laine started his hockey career when he was four years old. At the age of 16, she made his Liiga debut in 2014-2015 with Tappara appearing in six games and scoring one point. 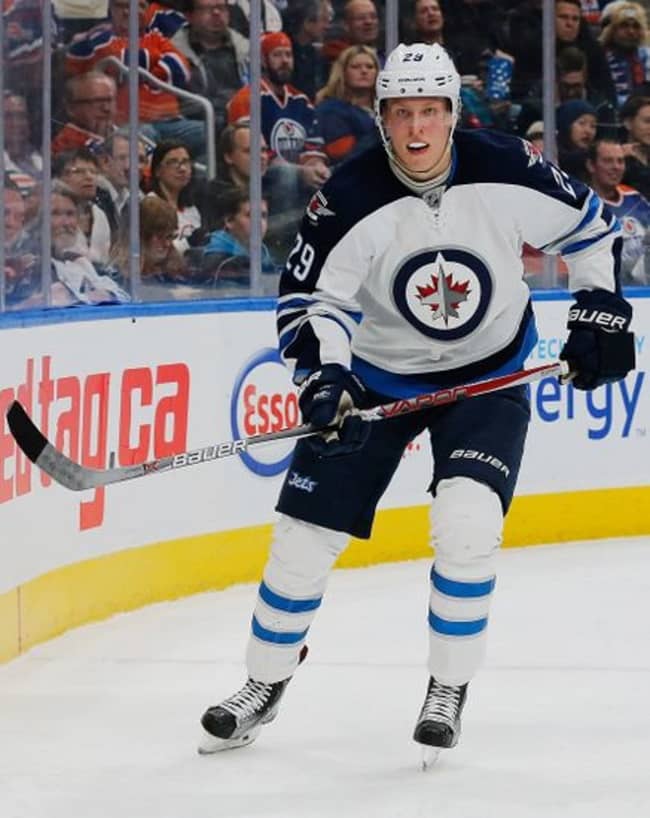 He is a gold medal holder and was chosen to the tournament all-star team, and also a third-leading scorer at the 2016 World Junior Ice Hockey Championships. As per the hockey expert Bob McKenzie’s mid-season draft assessment, Laine  surpassed fellow Finnish as the “obvious consensus No. 2 pick.”

Patrik scored six goals in the seven-game semifinal series against second-placed Kärpät. Due to his magical performance, he was awarded Jari Kurri Trophy as Liiga’s 2016 postseason MVP.

After that, he was chosen by The Winnipeg Jets as the second overall choice in the 2016 NHL Entry Draft. Later on, he signed a three-year, entry-level deal with Winnipeg on July 3, 2016.

Again, he signed a three-year entry-level contract on July 3, 2016, with Winnipeg, marking the start of his North American career. Later on, he made his NHL debut on October 13, 2016, when he scored a goal and added an assist in the Jets’ season-opening game.

On October 19, 2016, He made his first hat trick on October 19, 2016, in a 5-4 victory against the Toronto Maple Leafs. He was the youngest player born outside of North America to score at least thrice in one game in NHL history.

Later on, he signed a one-year, $7.5 million contract deal with the Blue Jackets on July 27, 2021. He represented Finland in terms of his international career at the 2015 IIHF World U18 Championships in April 2015.

After his performance, he was then selected to the All-Star Team for the 2015 U18 competition. On January 5, 2016, He made his representation in Finland on January 5, 2016, in World Junior Championships, where they won gold.

Following, Patrick made his tournament debut against Belarus, scoring two goals. He was the become the competition’s youngest player to collect three points in a game. In addition, he was entitled as the tournament’s Most Valuable Player, and at the end of 2016, he won the IIHF Directorate Award for the tournament’s top forward. 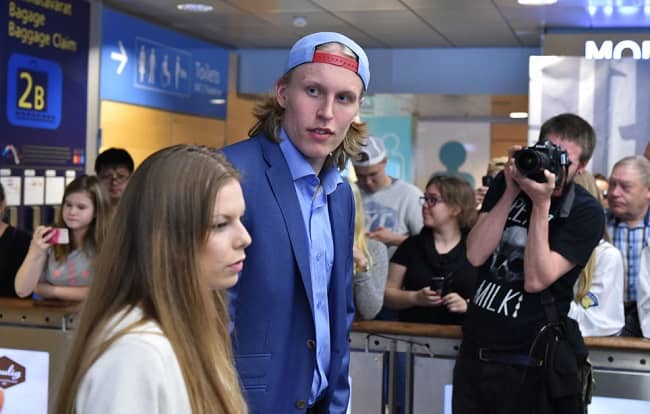 Patrik is a well-recognized and professional ice hockey player. Patrik Laine’s net worth is expected to be between $5 million and $8 million as of 2022. His primary source of riches is his hockey profession. 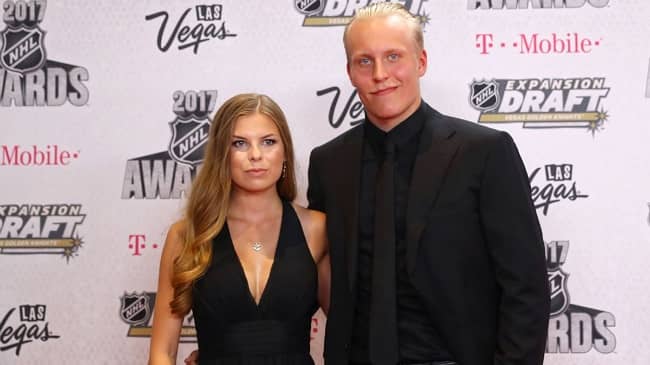 Caption: Patrik is at an event with his girlfriend. Source: ESPN

Patrik Laine’s relationship status is he is dating Sanna Kuikas, his beautiful lovely girlfriend. They are in a romantic relationship but have not yet married. Patrick is planning to marry her in the near future.

Sanna is a female hockey player in Finland. They started dating in 2016 and for now, they are content in their current situation.

Patrik Laine is a masculine and attractive young guy. He has a perfect height of 6 ft 5 in (196 cm) and weighs 93 kilograms.

Likewise, He is a smart-looking guy with an athlete’s body and toned physique. Similarly, his eyes are blue in color and, his hair is blonde. His attractive physical appearance attracts a large number of people.

Patrik is a professional hockey player, he has gained stardom with all his dedication and passion. Likewise, his fan and viewers follow him for his amazing hockey skill and charming personality.

He also loves to connect with them through social media. He has a huge fan base of 245.3K  Instagram followers. Patrik shares his updates about his game, his tournament experience, and daily life. Similarly, he has 51.3k Twitter followers.