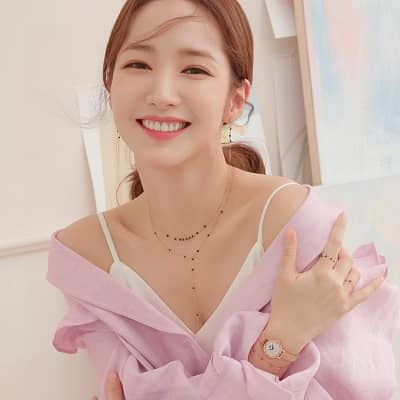 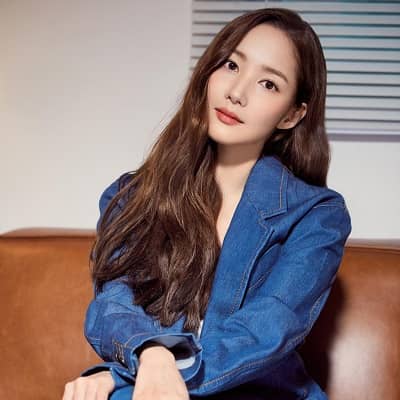 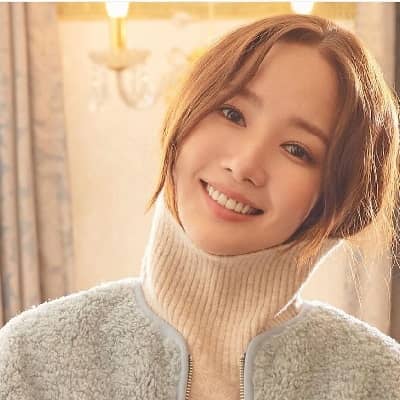 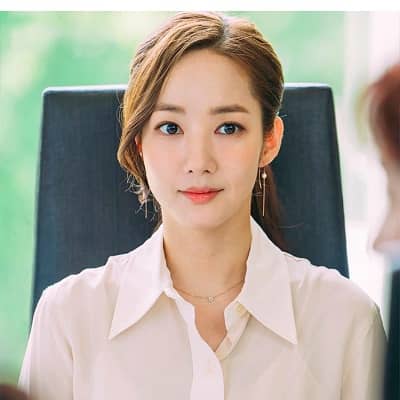 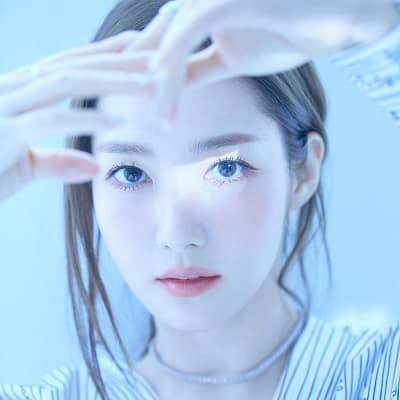 Park Min-young is a noteworthy actress and model in South Korea. Park Min-young gained immense fame starring in several popular TV dramas including When the Weather Is Fine, What’s Wrong with Secretary Kim, Healer, City Hunter, and Sungkyunkwan Scandal among others. She then gained even more fame as a castmate of “Busted!”.

Park Min-young was born on March 4, 1986, and her age is currently 35 years old. Min-young is a native of Seoul, South Korea, and her zodiac sign is Pisces. Her name is written in Hangul (Korean) as 박민영 and in Hanja as 朴敏英. Likewise, her English name is Rachel Park (레이첼 박).

There is no information regarding her parents, siblings, and other family details. Talking about her educational journey, Min-young graduated from Dongguk University. Her graduation was in February 2013 and she obtained a degree in Theatre and Film from this university in Seoul. 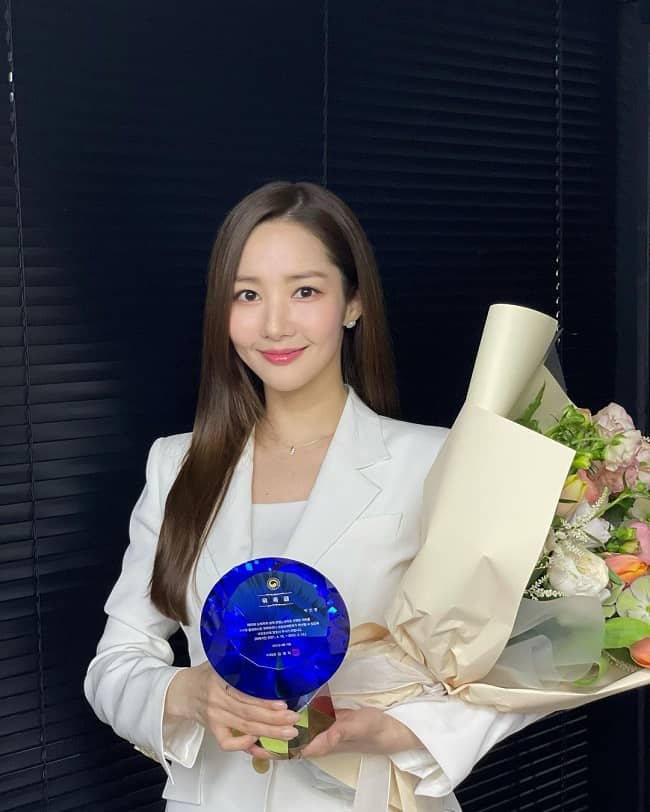 Caption: Park Min-young posing for a photo with her 2021 ‘Presidential Commendation’ award on the 55th Taxpayers’ Day. Source: Instagram

Professionally, Park Min-young is a notable actress and model from South Korea. The actress gained immense fame through her role in Sungkyunkwan Scandal. It is a historical coming-of-age drama starring Park Yoo-chun, Yoo Ah-in, and Song Joong-ki among other remarkable actors.

Besides this, she is also famous for starring in other popular TV drama series like When the Weather Is Fine, City Hunter, Glory Jane, Dr. Jin, A New Leaf, Healer, Remember, Queen for Seven Days, What’s Wrong with Secretary Kim, and Her Private Life among others.

Talking about the beginning of Min-young’s career in the entertainment industry, the actress made her debut in a SK Telecom commercial. It was back in the year 2005. Later, she made her acting debut in High Kick! It was in 2006.

Following this, she played the role of the only daughter of a notorious gangster in I Am Sam, a gumiho in Hometown of Legends, a villainous princess in Ja Myung Go, and a girl caught between two marathon runners in Running, Gu.

Min-young had a breakthrough role as Kim Yun-hee/Kim Yun-sook in the coming-of-age drama Sungkyunkwan Scandal. The actress then appeared alongside Hallyu star Lee Min-ho in City Hunter. She made her film debut with The Cat. It is a 2011 horror film in which Min-young plays the role of So Yeon, a claustrophobic groomer in a pet shop called Kitty N Puppy. 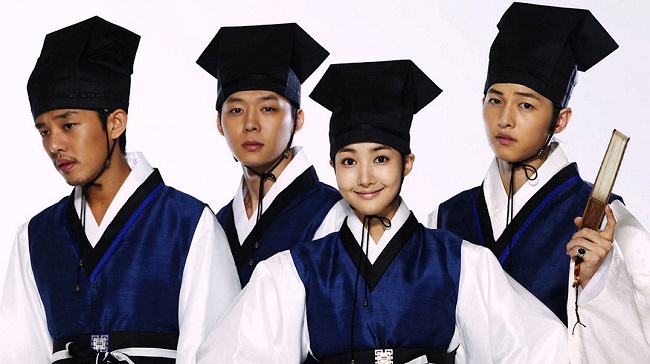 Caption: Park Min-young posing for a photo with the co-stars of Sungkyunkwan Scandal. Source: Kdramalove

In the year 2014, Park Min-young worked on two drama projects – A New Leaf as Lee Ji Yoon, and as Chae Young-shin/Oh Ji-an in Healer. In the latter, the actress worked alongside popular South Korean actors Ji Chang Wook and Yoo Ji Tae in the lead roles. Her next project on the small screen was Remember alongside Yoo Seung-ho, Park Sung Woong, Namkoong Min, and Jung Hye-sung in the lead roles.

Likewise, the actress played the role of Queen Dangyeong of Joseon, alongside actors Yeon Woo-jin and Lee Dong-gun in the male leads. In 2018, she worked with Park Seo Joon in What’s Wrong with Secretary Kim playing the role of Kim Mi-so.

A year later, she portrayed the role of Sung Duk-mi, the chief curator at Cheum Museum of Art and also a fan who runs a fan website called “The Road to Sian”. For this project, the actress worked alongside actors Kim Jae Wook and Ahn Bo Hyun. Recently, in 2020, she acted alongside actor Seo Kang Joon in When the Weather Is Fine playing the role of Mok Hae-won.

While writing this biography, she has two pending projects on the small screen. They are both the Chinese series namely Braveness of the Ming and City of Time.

In 2019, she also hosted the 33rd Golden Disc Awards alongside the Hallyu star Lee Seung-gi. She is also the castmate in Netflix’s Busted! from 2018 to 2021. Other castmates of this variety show are Yoo Jae-suk, Lee Seung-gi, Ahn Jae Wook, Lee Kwang-soo, Kim Jong-min, Oh Se-hun, and Kim Se Jeong. 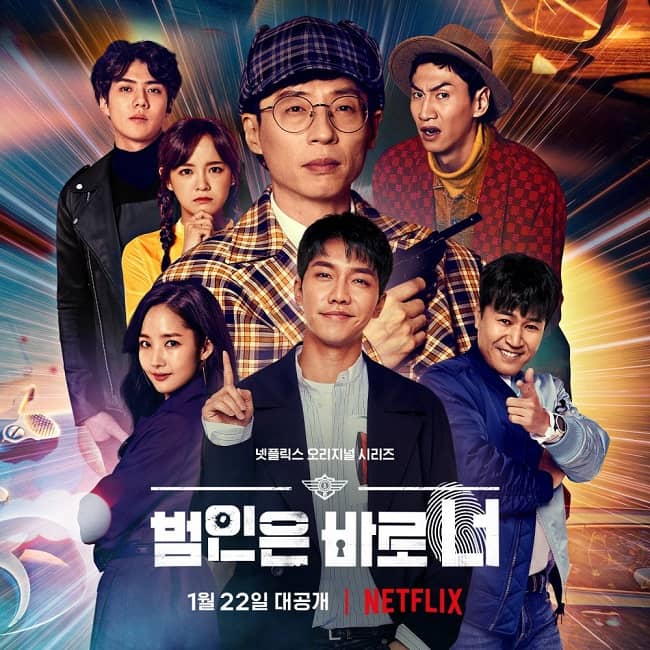 Park Min-young is most probably single at present. There is no confirmed news regarding the actress’s current relationship status and affairs. However, talking about her past relationships, Min-young was romantically involved with Lee Min-ho. The two were an on-screen couple in City Hunter.

The two confirmed their relationship in August 2011, more specifically August 22, through their respective management agencies. Unfortunately, Min-ho and Min-young shared the news about their break-up on January 25, 2012, via their respective agencies. Later on, she was rumored to be in a romantic relationship with Park Seo Joon. They are on-screen lovers in What’s Wrong with Secretary Kim. However, both parties involved strongly denied the possibility. 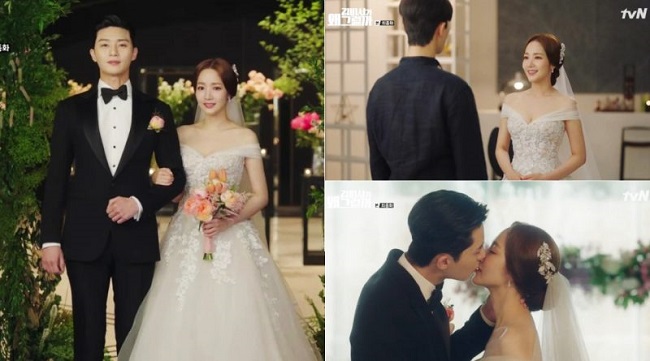 Park Min-young stands tall at an approximate height of 164 cm or 5 feet 5 inches and her weight is around 47 kgs or 105lbs. Likewise, Min-young’s blood type is “O”. Further, Min-young has a chest-waist-hip measurement of approximately 29-24-33 inches respectively. Min-young has dark brown hair and eyes of the same color.

Talking about the actress’s social media presence, Park Min-young is available on Instagram under the username @rachel_mypark. This account has garnered over 8.3 million followers as of April 2021. Similarly, she also created her “그냥, 박민영 Just Parkminyoung” Youtube channel on June 8, 2020. So far, this channel has earned over 16 million views and 888K subscribers. Moving on, her  net worth is estimated at approximately $1 million to $5 million US dollars.