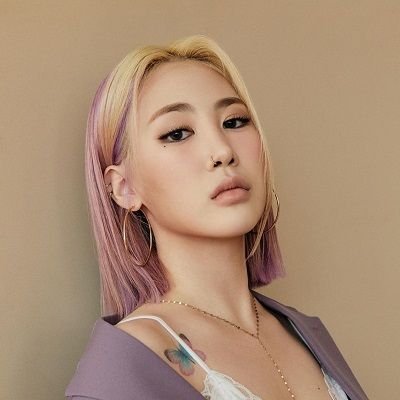 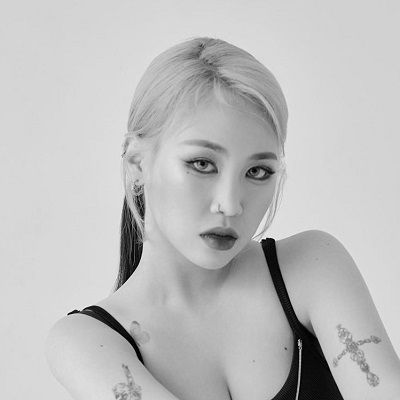 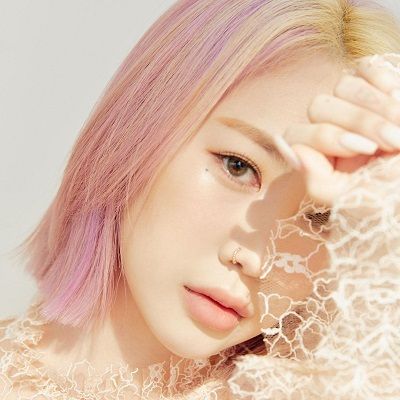 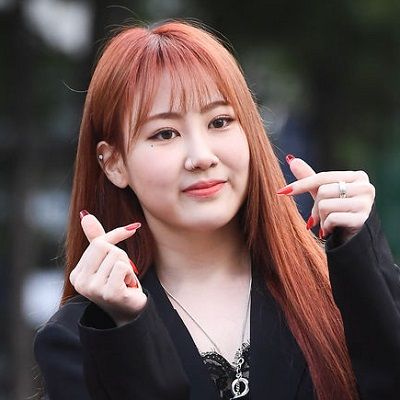 Park Ji-min was born on July 5, 1997, and her current age is 25 years old as of 2022. She is originally from Daejeon, South Korea and later she lived in Thailand for eight years. She attended Garden International School Bangkok and there, she was popular as Jamie.

Ji-min’s family lives in Seoul, South Korea at present. Her mother is Park Mi-Jeong and her father Park Pil-woo. Moreover, she also posted a picture of her mother to her Instagram handle in August 2015 and shared a throwback picture of herself as a baby with her grandmother in August 2017.

Likewise, she speaks Korean and she is also fluent in English, and basic Thai. In Korea, she attended Hanlim School of Performing Arts and graduated in the year 20016 alongside her group member Baek Yerin and her label-mate Yugyeom of Got7.

Professionally, Park Ji-min is a vocalist, singer, songwriter, and TV personality. She is best known as the Season One winner of K-pop Star. She is also famous as a member of the K-pop duo 15& with Baek Yerin. Her popular singles include covers of Over The Rainbow and Rolling in the Deep.

After winning K-pop Star, she signed with JYP Entertainment and released her first song with 15& titled I Dream in the year 2012. She is a philanthropist as well as a pop singer who gave approximately forty-five thousand dollars to a performing arts organization for visually-impaired musicians.

Likewise, she performed the Rihanna’s hit We Found Love at the 2012 champion ice skating event at Seoul’s Olympic she is also popular as the former member of the project group M.O.L.A. as well as a co-host of the variety show After School Club. Moving on, she has a net worth estimation of approximately $7 million dollars. 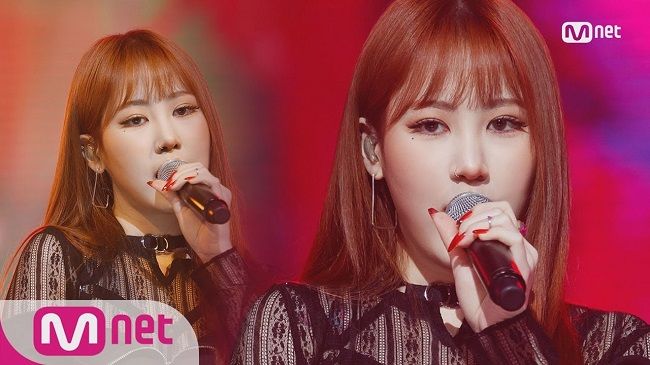 In the year 2011, she participated in the first season of competition television show K-pop Star. She later finished in first place in the competition and had the chance to sign with YG, SM, or JYPE. Later, on 21 May 2012, she officially signed with JYP Entertainment and received a brand new Hyundai i40 along with 300 million won (approximately $257,400 USD).

After this, she appeared in a drama and also received the chance to sign a contract as a CF model. Then on 19 September 2012, they announced that she would debut as a duo with Baek Yerin. They formed a duo called 15& and released the digital single I Dream on 5 October the same year.

The duo made their official debut stage on the music program Inkigayo on 7 October. 15& went on hiatus after February 2015 and they disbanded following her departure from JYP Entertainment.

Par Ji-min worked as the co-host of Arirang TV After School Club. It was back in July 2014. Then on 31 March 2015, she revealed the news about her solo debut. She went on to release her debut single Hopeless Love on 5 April with the name Jimin Park. She then made her debut stage before the finals of K-pop Star 4 on the same day.

Likewise, on 19 May 2015, she worked alongside Eric Nam to release a duet called Dream for Charity Project. They released the song on 28 May 2015. The same year on 14 August, she announced a project group she had formed with Seung-youn of UNIQ and rapper Nathan.

The group’s name was later revealed as M.O.L.A (Make Our Life Awesome). They released their first track My Way on August 20 and their second song Trick or Treat on October 31. She made her second recorded comeback as a rapper with the song Trick or Treat.

On 23 August 2016, she released her first EP 19 to 20 with the lead single Try. Due to Naver’s V-LIVE, she stated that 19 to 20 is about “her story” and hoped that her fans would be able to connect to her better and build a stronger relationship with her first self-composed album.

Then on 4 September 2018, she released her second EP Jiminxjamie in which she participated in the composition for the majority of the tracks. Following the expiration of her seven-year contract with JYP Entertainment, she left the company on 6 August 2019. Then on 21 April 2020, she signed an exclusive contract with Warner Music Korea and will continue to promote as “Jamie”. 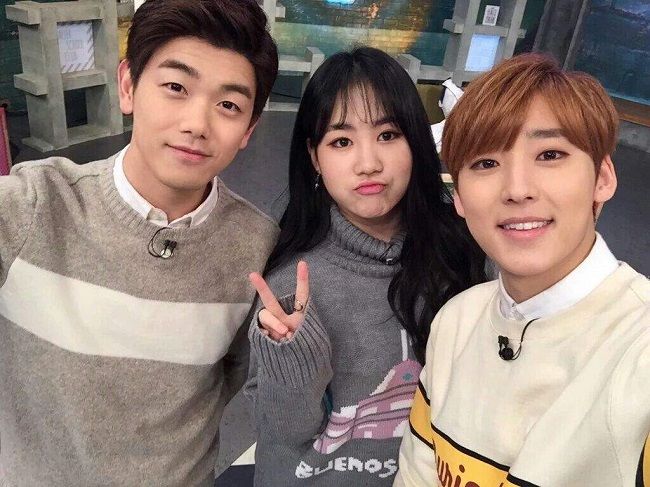 Likewise, she also donated 50 million won (approximately $45,000 USD) to World Vision. Then on 28 May 2015, she collaborated with singer Eric Nam for their song, Dream with the producer Sweetune. They then revealed that they will be donating all profit made from the song to charity.

There is no information regarding Park Ji-min’s romantic relationship status. She is most probably more focused on her career as a singer, model, and ambassador for various brands rather than involve in a relationship. Or it might also be the case that she has not publicly shared her romantic involvement to avoid any kind of rumors, scandals, and controversies that might hamper her steady career and public image. 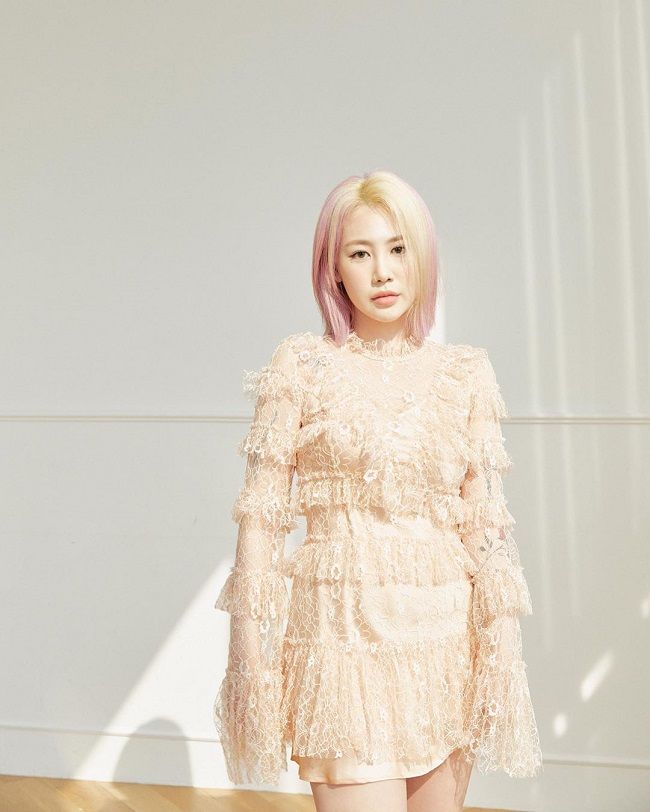 Park Ji-min stands tall at a height of 1.6 meters or 5 feet 3 inches and weighs around 49 kgs. Other than this, there is no information regarding her other body measurement details like chest-waist-hip measures, dress size, shoe size, etc. Likewise, she has naturally black hair which she has dyed into several shades like blue, pink, purple, red, etc. She also has dark brown eyes.

Talking about her social media presence, she joined Twitter in November 2010 and so far has over 768.2K followers on her @jiminpark07 account. Likewise, she is also available on Instagram under the username @jiminxjamie. This account boasts 57 posts shares and 1.3 million followers at the time of writing this biography.