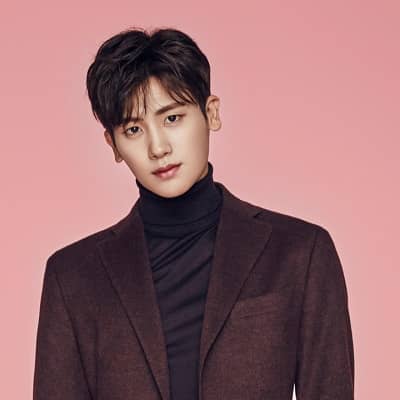 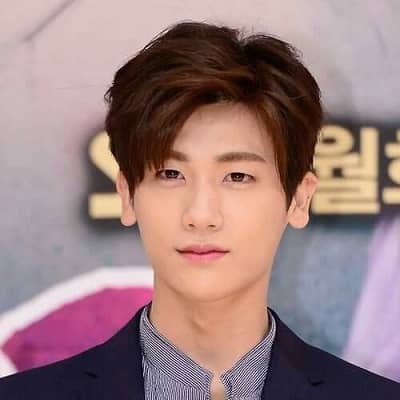 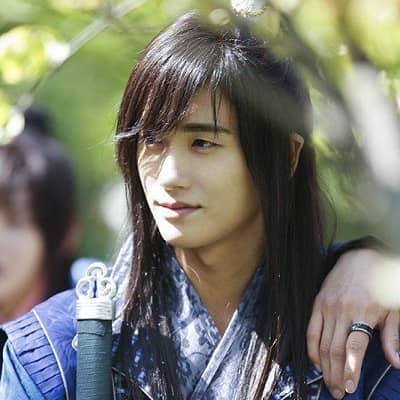 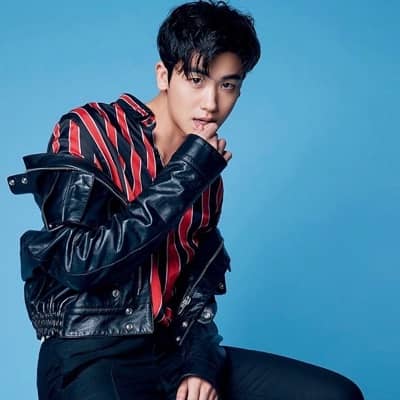 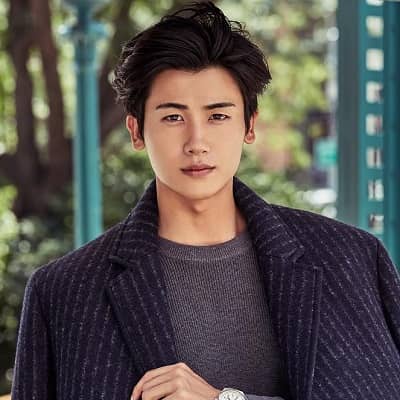 Park Hyung Sik is a prominent South Korean singer-dancer and actor Park Hyung Sik is also a member of the boy group ZE: A. The actor then gained immense fame for his roles in Hwarang, Strong Girl Bong-soon, Two Rays of Light, and Suits among others.

Park Hyung Sik was born on November 16, 1991, and he is currently 29 years old. He is originally from Yongin, Gyeonggi Province, South Korea, and his zodiac sign is Scorpio.

Hyung Sik’s mother and grandmother are Buddhists and hence he was named by a Buddhist monk.

His name is written in Korean as 박형식 and in Hanja as 朴炯植. His name can also be spelled as Bak Hyeong Sik or Pak Hyŏngsik when translated from Korean to English.

There is no information regarding Hyung Sik’s parents, siblings, educational journey, and other personal details. 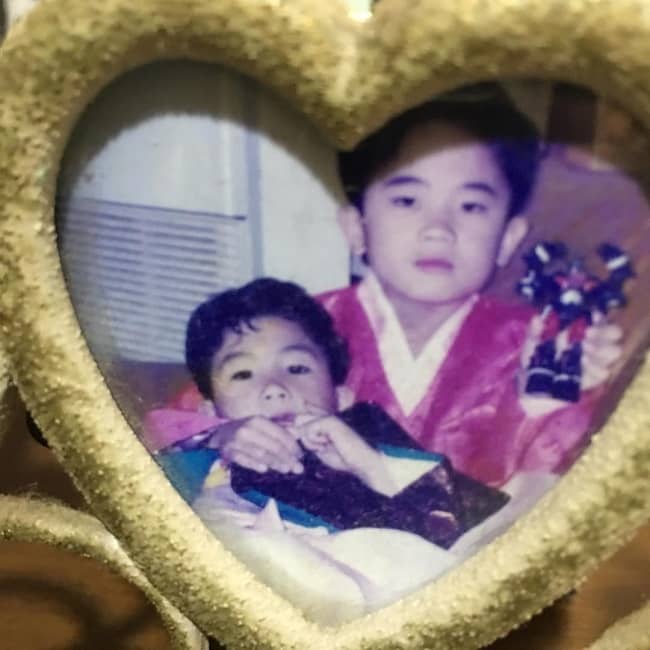 Caption: Park Hyung Sik in a childhood photograph with his sibling. Source: Instagram

Park Hyung Sik is most probably single at present. The ZE: A member has not shared any social media posts that indicate his current relationship status and love affairs.

Moreover, Hyungsik also might be more focused on strengthening his career as a singer and actor rather than involving in love affairs.

He stands tall at an approximate height of 183 cm or 6 feet and his body weight is around 65 kg or 143 lbs. Likewise, the actor’s blood type is AB. Likewise, Hyungsik has dark brown eyes and hair of the same color.

Professionally, Park Hyung Sik is a famous singer, dancer, as well as actor. Hyungsik made his debut as a singer as a part of the boy group, ZE: A.

The group debuted in the year 2010 with 9 members including Im Si-wan, Kevin, Kim Tae Heon, Hwang Kwanghee, Jung Hee-chul, Lee Hoo, Ha Min-woo, Kim Dong-jun, and Hyungsik himself. Hyungsik is also a part of the sub-group ZE: A Five.

Prior to his debut as both an actor and singer, Hyungsik appeared in the music video of Date by Jewelry S in February 2009. Hyungsik was the male lead in this music video.

The same year, the singer-actor also worked as a uniform brand model. Hyungsik has also appeared in Jewelry’s another music video for the song Hot & Cold and appeared in V.O.S’s 2015 song – Someday.

As an actor, he began his journey with the musical Temptation of Wolves. It was in the year 2011 and Hyungsik was a cast member alongside Super Junior’s Ryeowook.

Moreover, as an actor, he gained wider recognition for his appearances in The Heirs, High Society, Hwarang: The Poet Warrior Youth, Strong Girl Bong-soon, and Suits. Before all this, Hyungsik had his on-screen acting debut with the 2012 drama I Remember You.

Caption: Park Hyung Sik posing for a photo with Ryeowook who worked together on the theatrical project ‘Temptation of Wolves’. Source: Instagram

Also in 2012, Park Hyung Sik starred in Dummy Mommy playing the role of a vocalist of an indie band. He then portrayed the role of the adolescent version of two twin brothers with starkly contrasting personalities the Sirius.

Also in 2013, he portrayed the Young Park Sun-woo in Nine. It is a time-slip drama where Hyungsik played the younger version of Lee Jin Wook’s character.

Furthermore, Hyungsik gained wider fame by participating in the variety show, Real Men, in June 2013. The actor got the nickname “Baby Soldier”. This name was given due to his innocent, yet passionate image.

In August 2014, he joined the main cast of What’s With This Family. In this family drama, Hyungsik starred as Cha Dal-bong – the youngest child struggling with finding a stable job.

Subsequently, he portrayed the role of a chaebol who falls for a part-timer in High Society in the year 2015.

Likewise, his portrayal of King Sammaekjong in Hwarang: The Poet Warrior Youth garnered him much attention in December 2016. It is a historical drama featuring some well-known actors like Park Seo Joon, Go A Ra, Kim Taehyung, and Choi Minho. 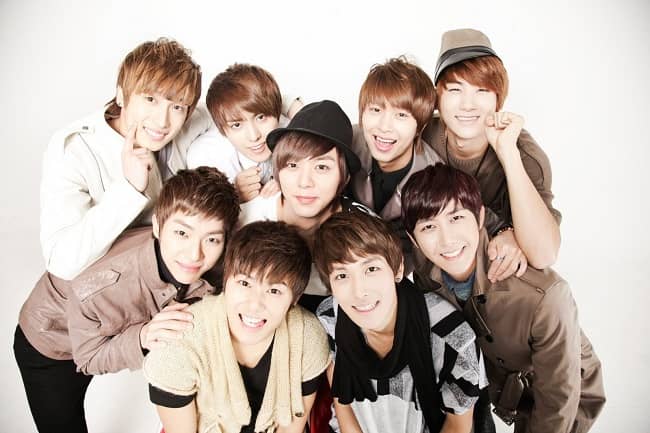 Following this, Park Hyung Sik played his first lead role in February 2017. It was with Strong Girl Bong-soon working alongside Park Bo-young and Ji Soo. The success of this drama series also resulted in increased endorsement offers for him.

In December 2017, he starred alongside Han Ji-min in Two Rays of Light. In April 2018, Hyungsik appeared in Suits portraying the role of the Korean counterpart of Mike Ross.

As of June the same year, the actor became the exclusive model of 운명의사랑: 궁 (the South Korean version of Royal Chaos). It is a female-oriented mobile game that FriendTimes developed.

Then in November, the singer-actor returned to the theatrical scene with the stage production of Elisabeth.

Subsequently, in the year 2019, he made his feature film debut. It was with the legal film Juror 8. His work on this project bagged Hyungsik the “Best New Actor” award. The actor took home this award at the 39th Korean Association of Film Critics Awards in November 2019. 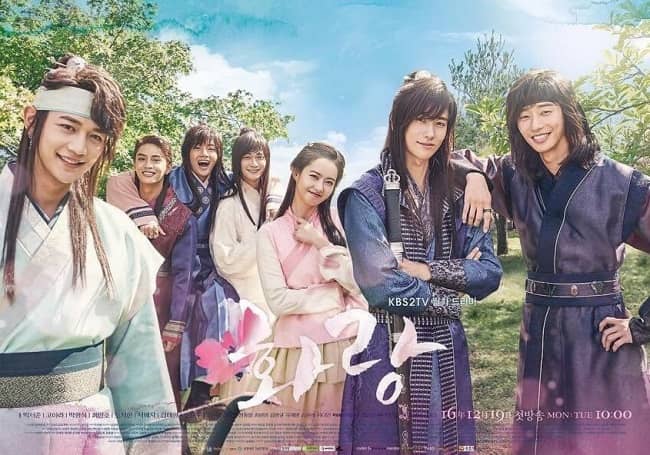 Park Hyung Sik enlisted for his mandatory military service on June 10, 2019. The singer-actor entered the Nonsan Army Recruit Training Center. It is located in South Chungcheong Province. There, Hyung Sik had his basic military training.

Following this, Hyung Sik worked as an active-duty soldier at the military police department of the Capital Defense Command. The singer-actor officially completed his military service on January 4, 2021, and was subsequently discharged on the same day.

Talking about the singer/actor’s social media presence, Park Hyung Sik is available on Instagram under the username @phs1116. While writing this biography, the ZE: A member has over 6.5 million followers on his official account.

Other than this, the singer doesn’t seem to have official accounts on other platforms like Tiktok, Twitter, Facebook, Youtube, etc. Moving on, he has a net worth estimation of around $1 million to $5 million US dollars.