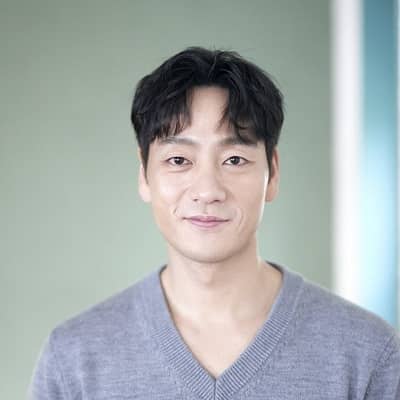 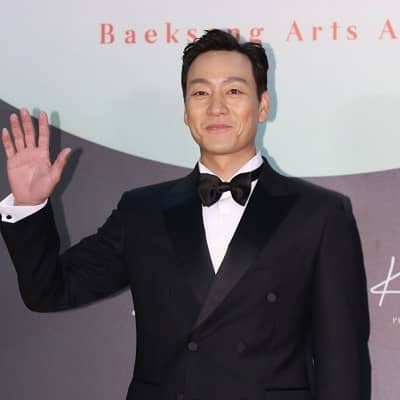 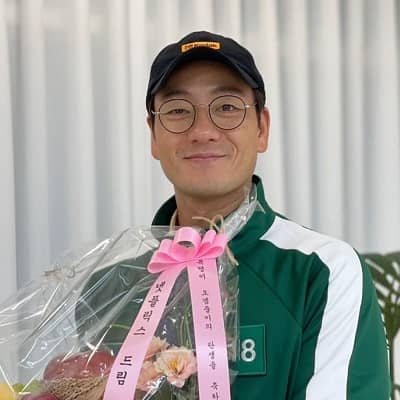 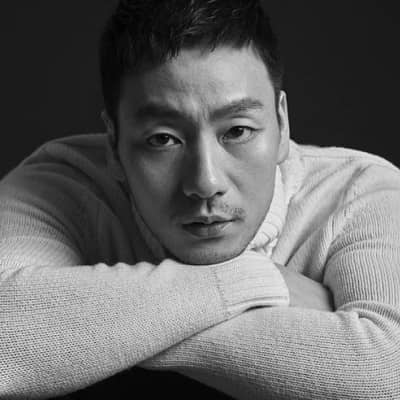 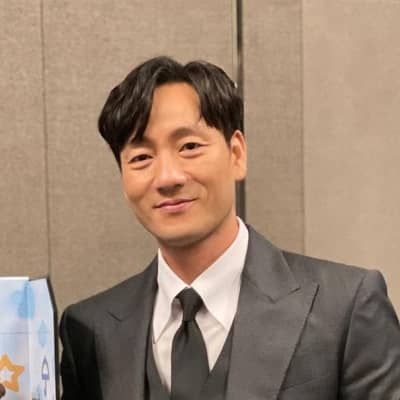 Park Hae-soo is a remarkable actor from South Korea. Park Hae-soo gained fame for his performances in films and TV dramas like Squid Game, Prison Playbook, Racket Boys, The Pirates, etc. He started his career as a popular theatre actor.

Park Hae-soo was born on November 21, 1981, and he is currently 40 years old. His exact birthplace is unknown but he is a citizen of South Korea. Likewise, her zodiac sign is Scorpio. Moreover, his name is written in his native language as 박해수. There is no personal information regarding this personality like his parents, siblings, educational journey, etc. 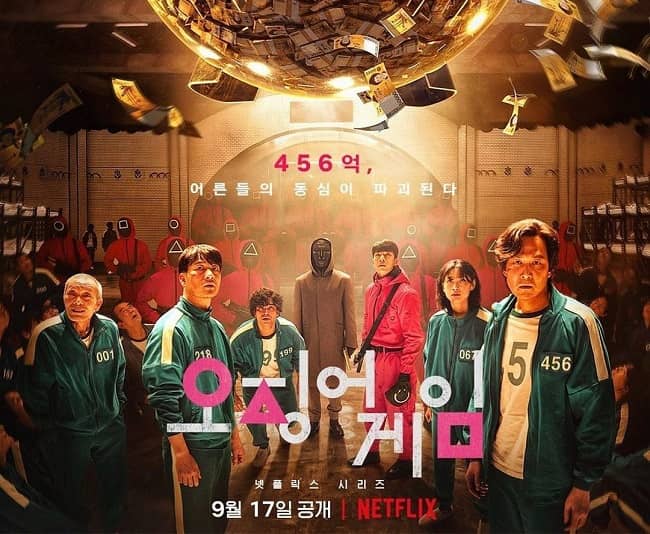 Park Hae-soo is a professional actor. This actor made his acting debut through a musical theatre performance in the year 2007. It was with project Mister Lobby aka The Strongest Comedy Mr. Lobby. He has also worked on other theatre productions like Angel Called Desire, Annapurna, Adolescence, The Goddess is Watching, The Seagull, Full for Love, 39 Stairs, etc. His last theatre performance was in the year 2015 with the project Judo Boy.

The Korean actor has appeared in other films like 2015’s Minority Opinion, 2016’s Master, 2019’s By Quantum Physics: A Nightlife Venture, and 2020’s Time to Hunt. While writing this biography, the actor has two pending films and they are called Yacha and Ghost and their release dates are unknown.

Moreover, the actor’s other TV drama projects are Six Flying Dragons, Legend of the Blue Sea, The Liar and His Lover, Prison Playbook, Memories of the Alhambra, and Persona.

In the year 2021 alone, this actor has starred in three drama projects namely Racket Boys, Squid Game, and Chimera playing the roles of Lee Jae-Joon, Cho Sang-woo, and Cha Jae-hwan respectively. While writing this biography, this actor has two TV drama projects yet to be released. They are Money Heist (종이의 집 ) and Suriname in which he plays the role of Berlin and Choi Chang-ho respectively.

In the year 2017, he received the “Best New Actor” award at The Seoul Awards. This award was for his remarkable performance in the series Prison Playbook. 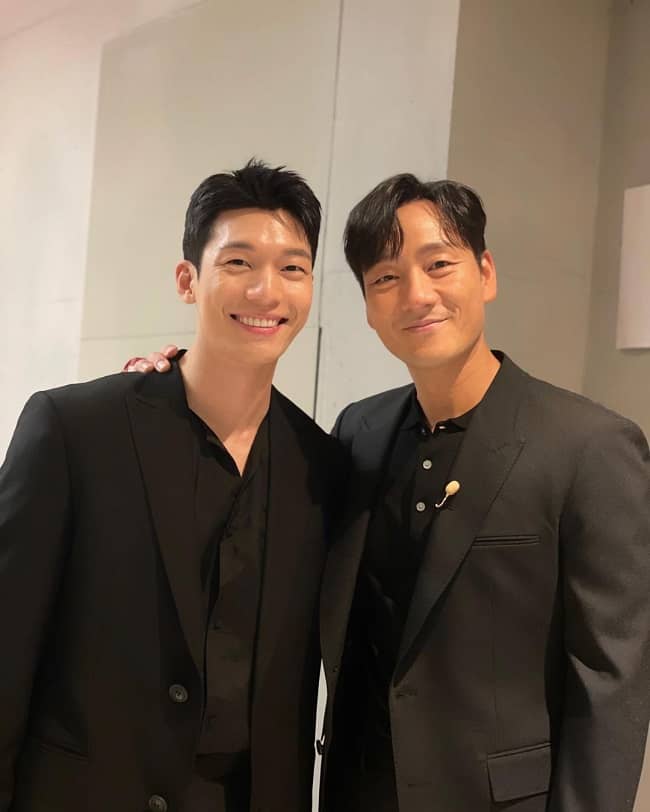 More recently, this actor gained international recognition for his appearance in the Netflix web series Squid Game. He is one of the lead actors in this series and his role was Cho Sang-woo aka Player 218.

Other popular actors of this series are Lee Jung-Jae, HoYeon Jung, Oh Yeong-Su, Anupam Tripathi, Wi Ha-Joon, Kim Joo-Ryoung, Heo Sung-tae, Lee Ji-ha, and Lee Yoo-mi among several others. Hallyu star Gong Yoo made a special appearance as a salesman in the 1st and 9th episodes of this series.

Park Hae-soo is a married man but his wife’s name is not mentioned to the public. Nevertheless, it is a known fact that the lovers tied the knot on January 14, 2019, and had their Christian wedding ceremony somewhere in Seoul. 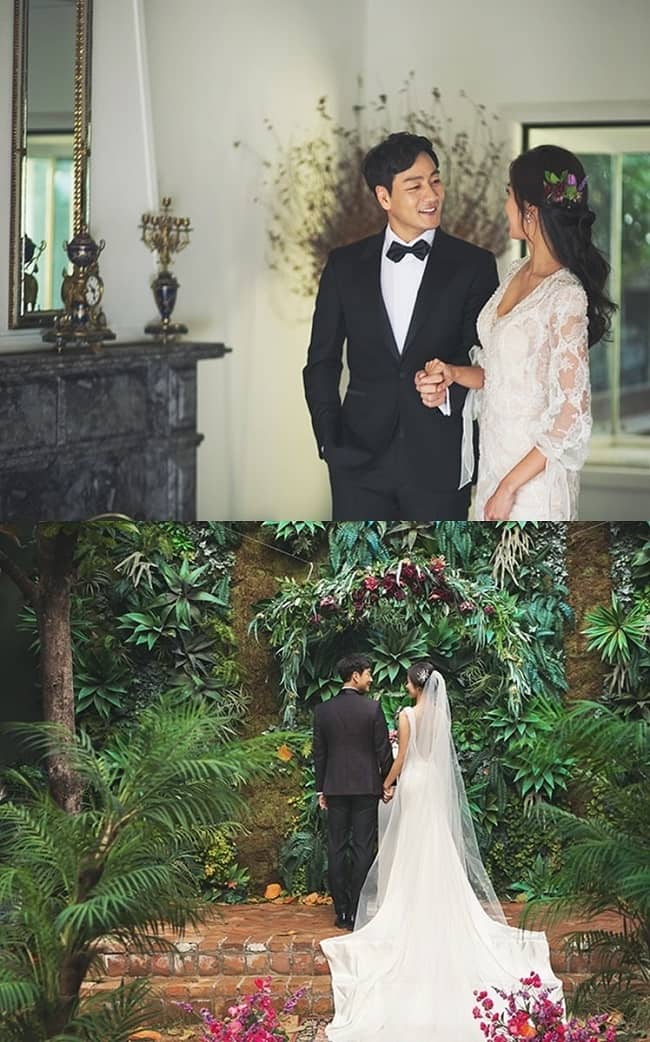 Caption: Park Hae-soo photographed with his wife during their wedding. Source: Soompi

Park Hae-soo stands tall at an approximate height of 1.81 meters or 5 feet 9 inches and his weight is around 72 kgs. Similarly, the South Korean actor has dark brown eyes and hair of the same color. The actor’s chest-waist-hip measures, biceps, dress size, shoe size, etc. are unknown at present.