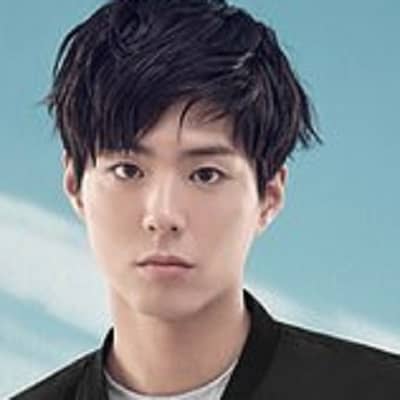 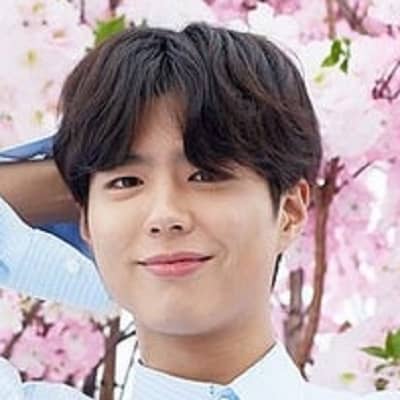 Park Bo Gum is a South Korean actor. Park Bo Gum is admired for his work in Korean dramas like “Love in the Moonlight”, ” Reply 1988″, and many more. Similarly, he is also a singer and an exceptionally talented pianist.

Park Bo Gum was born on June 16, 1993. Currently, Bo Gum is 27 years old. Likewise, he was born in Seoul, South Korea. Therefore, he is a South Korean by nationality. His parents’ names are not revealed for security reasons by the actor and his agency.

He is the youngest of the three siblings in his family. Similarly, he is very close with his family and likes spending time with them. Sadly, his mother passed away when he was just in 4th grade. In the past, his father once confessed that they ( his father and mother) almost aborted him as his mother was very sick during her pregnancy with him.

The illness required her to take medication that she feared will cause harm to her child. However, in the end, they decided to have him. Hence, he is named “Bo Gum” which translates to “Precious Sword”. The actor’s name is very meaningful to his family and the actor himself as well. 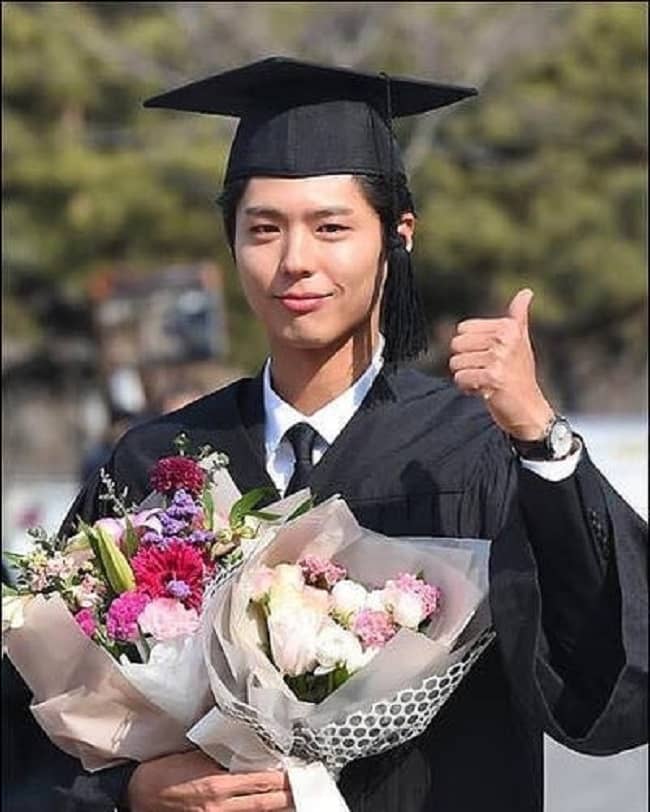 Caption: A photo of Park Bo Gum during his graduation ceremony. Source: Instagram

Park Bo Gum is an actor as well as a singer by profession. He first debuted from a talent management company in South Korea called Sidus HQ. Although his childhood dream was to become a singer as he loved singing and playing the piano, when he actually got selected as a trainee, he was advised to pursue acting.

And Bo Gum did so, he debuted as an actor in the year 2011. Likewise, his first film is a movie of the thriller genre named “Blind”. Soon, he left Sidus HQ and joined Blossom Entertainment. His career took a new turn after he joined his new agency. He featured in many movies and dramas. A few of the dramas and movies that he was a part of during the rookie days of his career are, “Runaway Cop”, “Hero”, “Wonderful Days”, “Bridal Mask”, and many others.

Even though he was a new talent in the Korean film industry, his charms worked magic in the hearts of his audience. He quickly gained hundreds and thousands of fans both in and outside the country. Like many other popular Korean celebrities, Bo Gum was also once a host of the popular show, Music Bank in the year 2015. He hosted the show alongside Irene of the worldwide popular Korean girl group Red Velvet. He was taking acting and hosting hand in hand which was truly impressive as he was doing incredibly well in both of them. Moreover, he hosted the show for an entire year, before bidding farewell from it.

With years following, he was truly testing out his own capabilities with the diversity in acting. He showed his new side with the 2015 mystery series “Hello Monster”. Similarly, another one of his movies “Coin Locker Girl” was projected in the Cannes Film Festival that year.

There was no turning back for him, in the past few years he has truly proved that he is one of the most talented actors in the Korean Entertainment Industry. In the same year, he played the character Choi Taek in the drama “Reply 1988”. The drama is the 5th highest-rated Korean drama so far. 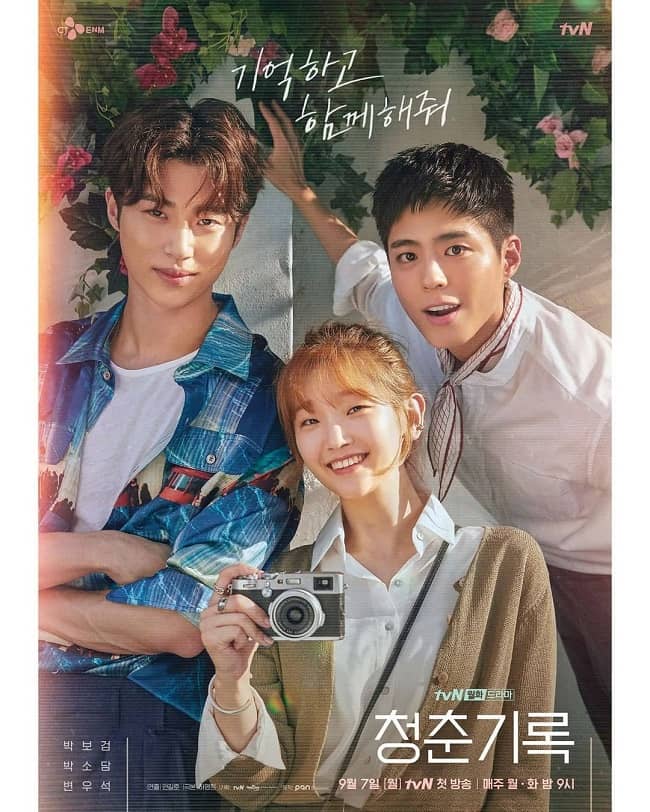 Caption: A poster of one of his dramas, Record Of The Youth. Source: Instagram

The following year 2016, was a golden year in his career as his drama “Love in the Moonlight” was very well received by his fans as well as the critics. That particular drama marked a milestone of success in his career as an actor. He also sang the ost “My Person” for his drama. Like the drama itself, the song was also a hit.

More of his famous dramas are ” Encounter(2018)”, “Record of the Youth(2020)”. He has shown his versatility through the variations in the roles he plays. The most recent film that he is a part of is a sci-fi action film “Seo Bok”. Most recently, the actor is enlisted in the Navy Military Band as a part of his obligatory military service. He was enlisted on August 31, 2020.

Turning his childhood dream into reality, he released his first album in the year 2020 titled “Blue- Bird”. All of his fans are well aware of the fact that he is a very talented pianist. He learned how to play the piano when he was only 5 years old. Furthermore, he prepared a song titled ” All My Love” as a gift for his fans on his debut anniversary.

Throughout his career, he has won many awards. Similarly, since his debut, Bo Gum has received nominations for different awards of different categories as well. Some of the awards won by Park Bo Gum are listed below:

The Korean actor has a total net worth of about $2.5 million. Park Bo Gum earns through his acting projects which include dramas and movies. In addition to that, he also earns a portion of his total income from different brand endorsements and advertisements.

However, neither the actor nor his agency has stated the accurate stats of his earnings to date. The actor most likely owns an apartment of his own. He hasn’t disclosed details of his properties and assets yet. It seems like he chooses not to discuss such matters publicly.

There aren’t any records or rumors of Park Bo Gum associating with any woman romantically. He has maintained a clear image of himself in the industry so far. There haven’t been any controversies about him regarding his love life so far.

So far, it seems like he is focusing on his career growth and himself rather than a relationship at the present. Although his fans have shipped him with many co-stars, there are no records of him dating any of them to date. As of now, he seems to be single.

The charming Park Bo Gum stands at a height of 5 feet 11 inches tall. Likewise, he weighs around 70 kgs. He works out frequently to maintain his physique. He has naturally silky black hair. Similarly, he has dazzling brown eyes. Other than these, further body measurements of the actor aren’t obtainable at the moment. 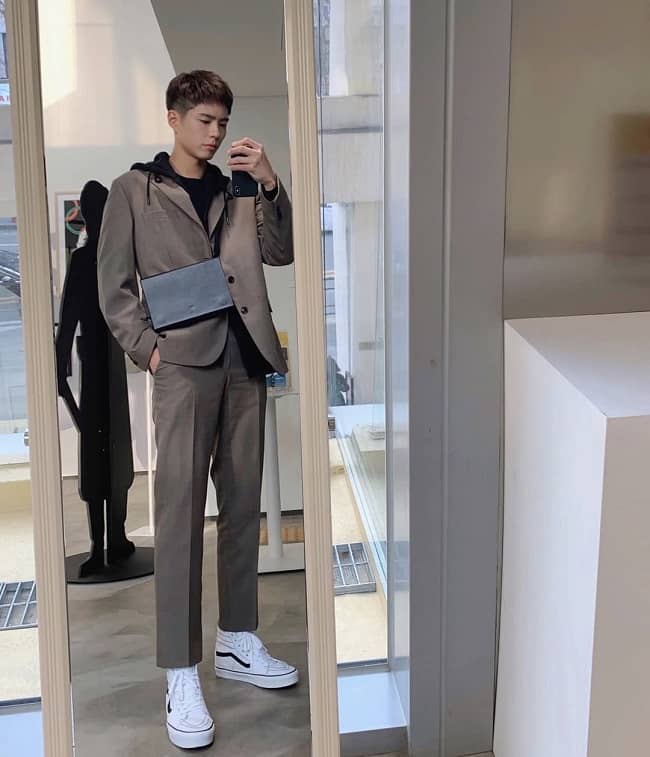 For now, he isn’t active on any social media account. He doesn’t have a personal account on Instagram, Twitter, or Facebook. However, his company does update the latest updates about him on the company’s official pages time and again. Furthermore, at the present, he is off all the social media platforms.