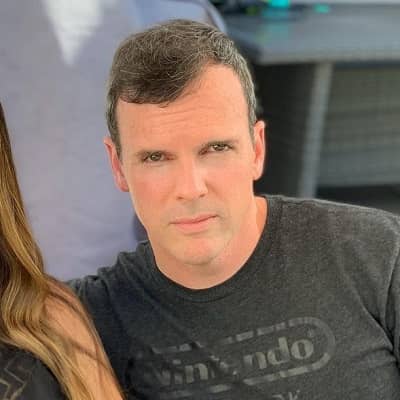 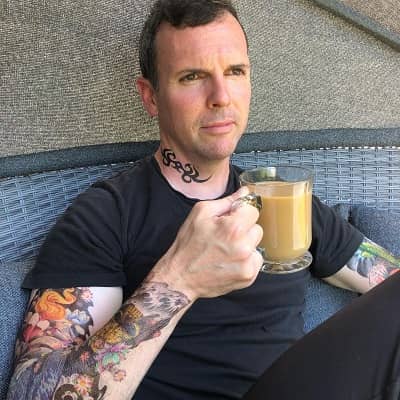 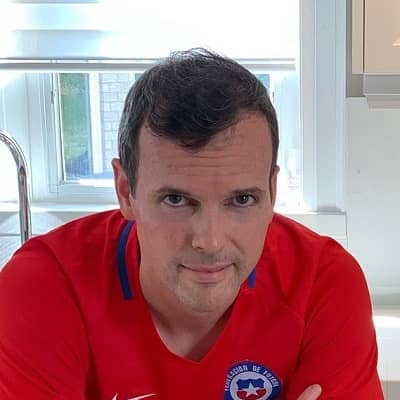 Papa Bee is a prominent Canadian social media personality born in Chile. Papa Bee is famous as the patriarch of the Bee Family. The family is popular for its family-friendly YouTube and Vine videos.

Papa Bee was born on November 25, 1977, and he is currently 44 years old. He is originally from Chile but he later relocated to Canada.

At present, he splits his time residing in Thornhill, Ontario, Canada, and Los Angeles. Moreover, his real name is Andrés Burgos, and his zodiac sign is Sagittarius.

There is no information regarding his parents, siblings, and other family details. He also has yet to share insights related to his educational journey.

Talking about his social media presence, Papa Bee joined Twitter in May 2013 and so far has over 114K followers on his @EhBeeFamily account.

He also created a Facebook profile for his family on June 21, 2013. So far, they have more than 10.4 million people following their journey.

The Bee Family created their Youtube channel on June 21, 2013. So far, this channel has earned more than 2.5 billion views and 9.16 million subscribers as of November 2020.

We can also contact him or his family at [email protected] Moving on, he and his family combinedly have a net worth of approximately $6 million dollars.

Professionally, Papa Bee is a social media sensation. He is popular as the patriarch of the popular YouTube family “Eh Bee”.

He uploads videos that feature his family of four in quirky home video blogs. Their family channel has amassed more than 9 million subscribers.

Likewise, prior to being active on social media, he worked in marketing and web development. 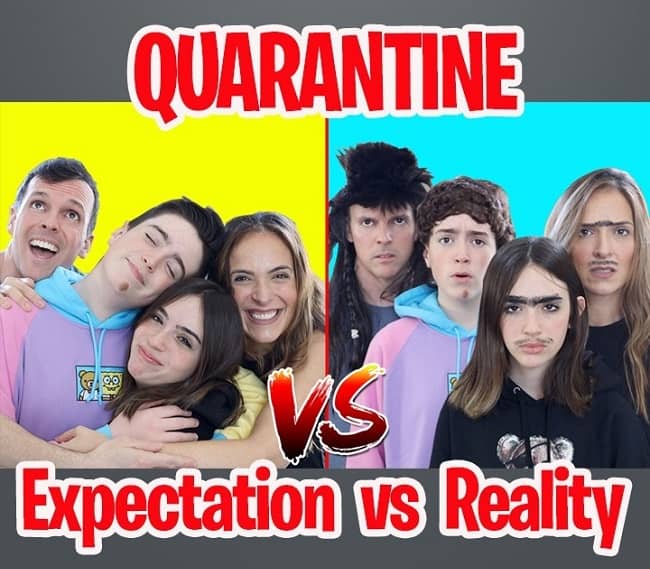 Additionally, he and his “Eh Bee” family started creating videos in May of 2013.

The Eh Bee family has also done multiple sponsorships and worked with companies like Disney, Pepsi, Regal Cinemas, Toyota, Johnson & Johnson, and Samsung among others.

Similarly, in June 2015, he posted a video with Colleen Ballinger’s character Miranda Sings titled “When you see your ex in public… w/ Miranda Sings #ILoveRedLipstick.”

The family-oriented parodies and satires have been lapped up by millions of followers and earned he many awards including the “Shorty Award” in 2016 and the “Armstrong Vine Grand Prize” in 2015.

Initially, he uploaded his videos on Vine but, eventually, he formed a vlogging channel “Eh Bee” chiefly for YouTube.

He did so when there were rumors that Vine would close down. Prior to this, he started to gradually share videos on his Vine from January 2013 onwards.

The family’s vlogs were basically spoofs and skits bordering on hilarity. The family’s Youtube videos were intended mainly for family entertainment.

Right from the day “Eh Bee” went commercial, he focused on filming eccentric videos and named his son and daughter Mr. and Miss Bee respectively in keeping with the character of the recordings.

To keep up with the characters, he named himself he and his wife Mama Bee.

Although the majority of fans and followers are familiar with the first names of the “Eh Bee” family, his family rather preferred to be called by their nicknames.

Furthermore, in the year 2015, the “Eh Bee” family bagged the well-known “Armstrong Vine Award” and the “Shorty Award” in the next year. 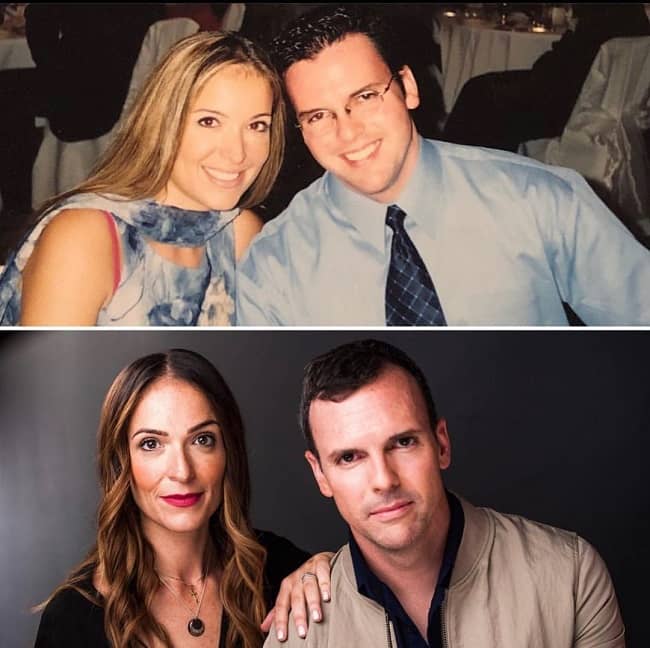 Caption: Papa Bee and his wife Mama Bee in past and present photographs. Source: Instagram

His wife and children assisted him in laying the groundwork for developing a family-friendly YouTube channel. The inspiration for naming the channel came from his initials “A.B”. It actually sounded similar to “Eh Bee”. The term “eh” which usually is an expression signifying surprise or astonishment and is uniquely Canadian could also be behind the channel’s wacky name.

Each and every family member was actively involved in popularizing the family YouTube channel and everybody had a nickname. His children were very young when he started posting videos.

In the latter part of the video, his son (Mr. Monkey) is seen showcasing a snowman outdoors. He along with his close-knit family, routinely uploads videos on different social media sites. 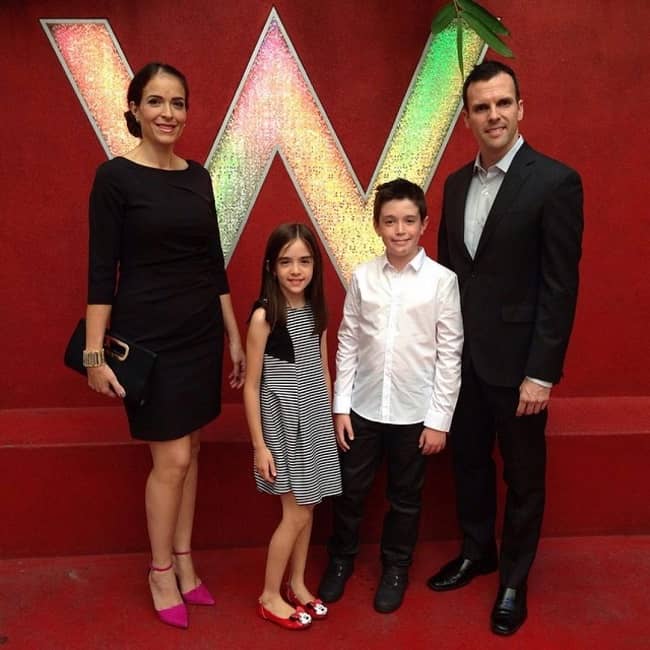 Caption: Papa Bee posing for a photo with his family at an event. Source: Instagram

The Ehh Bee family has also been featured in the New York Daily News, on Buzzfeed, Good Morning America, Today.com, and some other media outlets.

On 17 February 2018, his daughter, Gabriela Bee, released her song Sound in Color, and then on 1 September 2018, she released another song Something More.

She appeared in the video performing all of the vocals by herself and other six different musicians performed in this video.

By February 2020, this song/video already earned more than nine million views. Then on 15 July 2020, the family changed their name from the “Eh Bee Family” to “The Bee Family”.

Papa Bee is married to Mama Bee. Mama Bee’s real name is Rossana Burgos and she is also a social media star appearing on the family Youtube channel.

The lovers married each other on 16 November 2002 and recently celebrated their 18th Marriage Anniversary in 2020.

Papa and Mama Bee have two children together and they are popular as Miss Bee and Mr. Bee respectively. But their real names are Gabriela Umika Burgos and Roberto Burgos respectively. 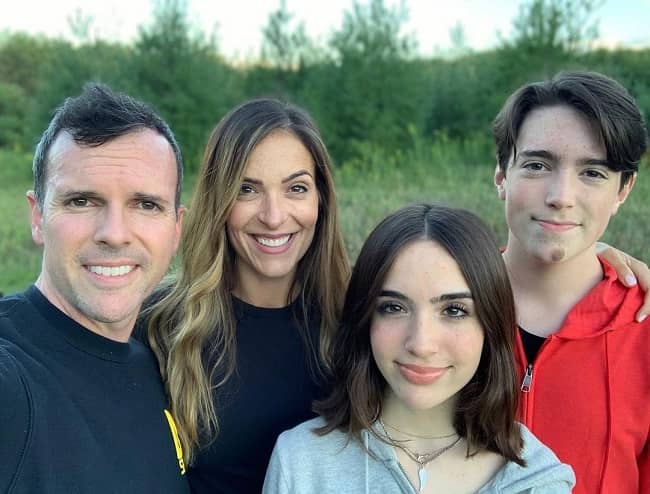 Caption: Papa Bee posing for a photo with his family during a sunset walk. Source: Instagram

Other than this, there is no information regarding his other body measurement details including his chest-waist-hip measures, biceps, dress size, etc. Likewise, he has brown eyes and hair of the same color.