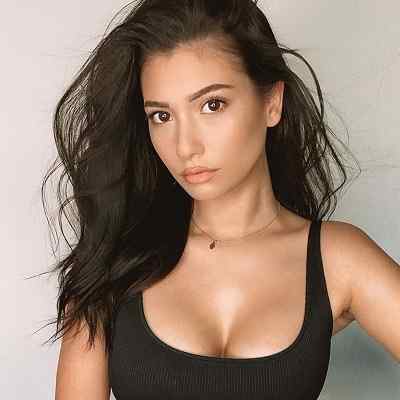 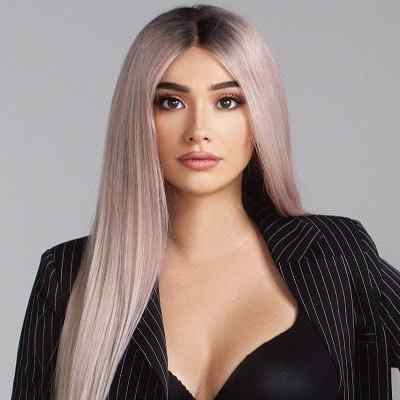 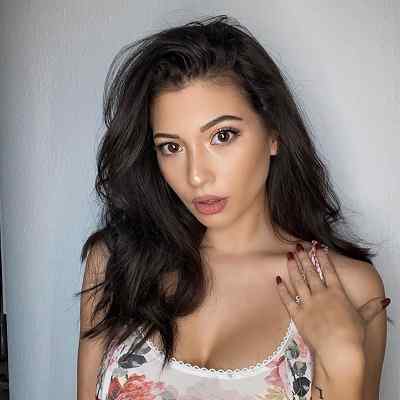 Paola Maria is a German web video producer of Italian origin. Paola Maria is famous for her fashion and lifestyle vlogs, cosmetics, and other vlogs for a young target group. She is also popular on Instagram with more than 4 million followers.

Paola Maria was born in Germany on October 12, 1993. Her birth sign is Libra and she is 28 years old. She holds German nationality and she is of Italian descent.

The name and information regarding the parents are not available at the moment. Likewise, she has a younger sister and her name is Anna. Similarly, information related to her other family members such as her cousins, and others are also not available until now. Moreover, in the past, she, her sister, and her mother suffered badly from their abusive father. That is why, the three of them decided to move to Germany, which they later did.

Regarding her educational background and qualification, the educational institutions she attended are not available. And considering her age, she must have graduated from both high school and university unless she is a dropout or decided to quit further studies. 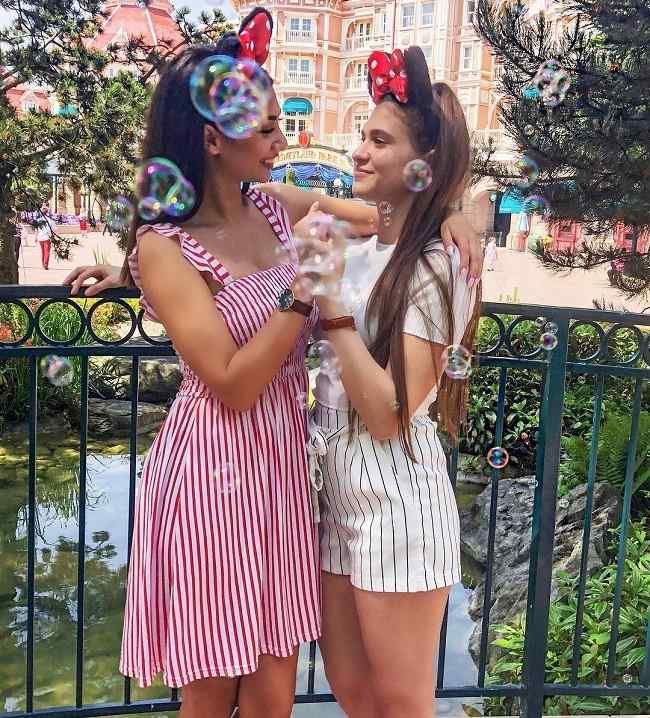 Paola Maria is a popular lifestyle and fashion Youtube star. She first launched her YouTube channel under the name “Paola’s Welt”, but now it’s called “Paola Maria”. She created the channel on October 5, 2013, and has accumulated altogether 171,931,219 views until now. Likewise, She shares vlogs, fashion, lifestyle, QnA’s, makeup videos, tutorials, and many other video contents on her Youtube channel. Likewise, the then 20-year-old mainly published videos on her channel in which she deals with beauty topics.

The first-ever video she posted on her Youtube channel is Die 10 schlimmsten Augenbrauen – Paola Maria. She uploaded this video on November 4, 2013, and has garnered 1.8 million views until now. Likewise, Wahrheit oder Pflicht – Sharon VS Paola and Look who’s doing the make-up! – Simon Desue makes me a monster are the second and third videos shared on her Youtube channel.

Some of the popular videos on this channel are Die Wahrheit über meinen “Vater” | Paola Maria, Jungs vs Mädchen in verschiedenen Situationen mit Julien Bam I Paola Maria, CHINA vs ITALIA “Sprachen Challenge” (mit Julien Bam) I Paola Maria, PFLICHT oder PFLICHT 1/3 – mit Sascha und Dima I Paola Maria, and Kinds of sisters I with Dima. All of these above videos have earned more than 2 million views until now.

Moreover, in the year 2014, Maria posted a video on YouTube entitled “The Truth About My Father”, where she first spoke publicly about her childhood, which was shaped by her violent father. Likewise, she also said how she moved frequently with her mother and younger sister and lived at times in women’s shelters to escape her alcoholic father.

Among other things, Maria is also a member of ‘DieGang’. And, from May 1st to 26th, 2016 she was with Dagi Bee, Simon Desue, Melina Sophie, Shirin David, ApeCrime, Hichäm, Abdel, Dima, Sascha, Mike Singer, and Ado Kojo on tour in Germany, Austria, and Switzerland over 17 stations. Moreover, on January 21, 2020, she was also a guest on the quiz show “Who knows something?”.

Furthermore, she and her husband, Sascha founded a joint channel called “DieBibs” now known as “The Koslowskis”. They launched the channel on November 1, 2014, and has accumulated altogether 13,778,884 views until now. They mainly share vlogs on this channel. Also, the couple has shared a few other contents on their channel as well. Likewise, the first video posted on the channel is Herzlich Willkommen bei DieBibs ✰. This video was uploaded on November 16, 2014, and has earned 324K views to date.

And some of the popular videos on their family channel are Briochi trifft Zula – Die Koslowski`s, How Russian sounds compared to other languages, Briochi goes to the hairdresser ?, We are copying BIBI and Julian ?! – The Koslowskis, and Paola is in the hospital – The Koslowskis. All of these videos they posted have mustered more than 380K views to date.

Moreover, Maria is often accused of having had breast surgery or breast augmentation. However, no comments have yet been made from her side. 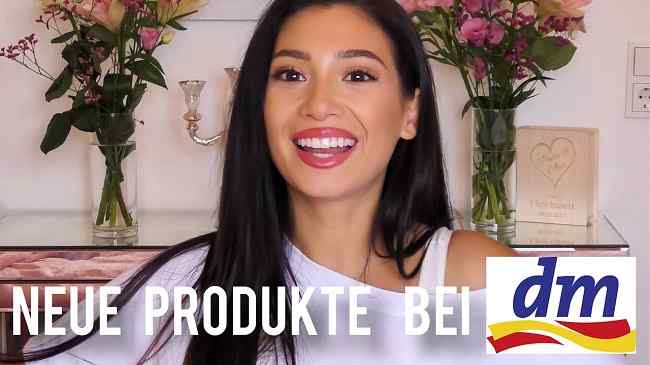 Paola Maria began a relationship with the German YouTuber, Sascha Koslowski of the comedian duo DieAussenseiter in the year 2013. During their relationship, the couple lived in Cologne. They then engaged in October 2015. Then, Maria and Sascha Koslowski married in September 2017.

She became a mother for the first time in December 2018. Moreover, she and her husband are expecting a baby in 2020. Likewise, the couple has a Pomeranian bitch named Briochi, whom she named after a sweet Italian pastry and now has a second dog. 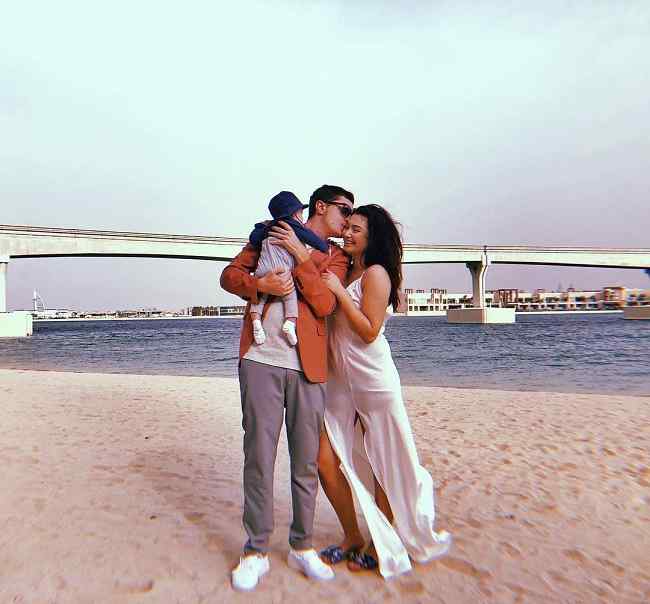 Caption: Paola Maria along with her husband and their child (Source: Instagram)

Paola Maria has a height of 5 feet 8 inches and her weight is 57 Kg. Her other body measurements such as chest size, waist size, and hip size, are 35-24-35 inches respectively. Moreover, she has black hair and dark brown eyes. Likewise, she is very beautiful and attractive.

Paola is pretty active on all of her social accounts. She has mustered 1.79 million subscribers on Youtube and 4.2 million followers on Instagram. Likewise, she has garnered 881K followers on Twitter and her family channel has 246K subscribers.

Focusing on her earnings and income, she has a net worth of $34K. Her main income source is Youtube and also earns through her other sources such as endorsements and collaborations.