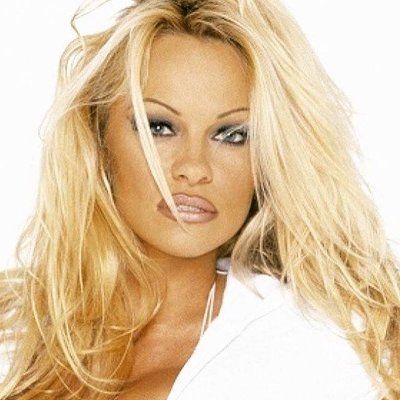 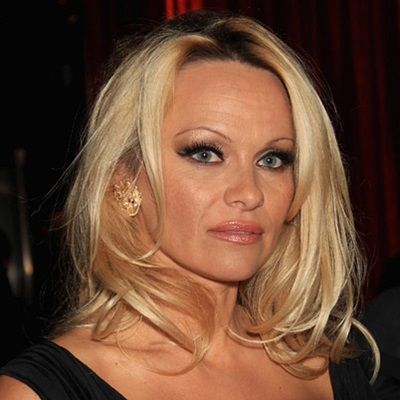 Pamela Anderson is also known as Pamela Denise Anderson. Pamela is a Canadian-American Model, actress, producer, and activist. She first gained fame in the pages of Playboy and rose to international fame with her role in Baywatch.

Pamela Anderson was born on July 1, 1967, in Lady Smit, British Columbia, Canada. She is currently 54 years old. Her birth sign is Cancer. She is the daughter of Barry, a furnace repairman, and Carol Anderson, a waitress.

Additionally, she is of mixed ancestry. She did not have an easy childhood. However, She was sexually abused on multiple occasions when she was just a child.  she was molested by a female babysitter and raped by 25 years old man and gang-raped by her boyfriend and six of his friends.

Anderson attended Ecole Highland Secondary School in Comox, British Columbia. She was interested in playing games. She used to play volleyball during high school. After graduation, she worked as a fitness instructor in Vancouver.

In 1989 Pamela was discovered at a Canadian football game when she was broadcasted over the stadium’s giant screen in her forming fitting Labatt beer T-shirt which created Publicity for Labatt Beer. However, she was hired by Labatt to appear in their advertisements and received an offer to model for the brewery’s Commercials.

In 1989 she moved to Los angles to peruse a modeling career. An offer from Playboy soon followed her. she got an opportunity to portray herself as the cover girl on  Playboy magazines and was subsequently choose her as playmate of the month in their February 1990 issue.

Anderson enhancing her modeling career, she got into television programs and series. She got her first big role in Television series named  ‘Baywatch’ in 1992 where she played the role of C.J parker. Likewise, she shot this series ‘Baywatch’ till 1997.

Similarly, in 1994  she appeared in steamy sex scenes in the movie, Raw justice where she got an opportunity to star as Sarah.  Additionally, she has portrayed in BarbWire in 1996, Blonde blonder in 2008, and appeared on the cover of Playboy in 1997. 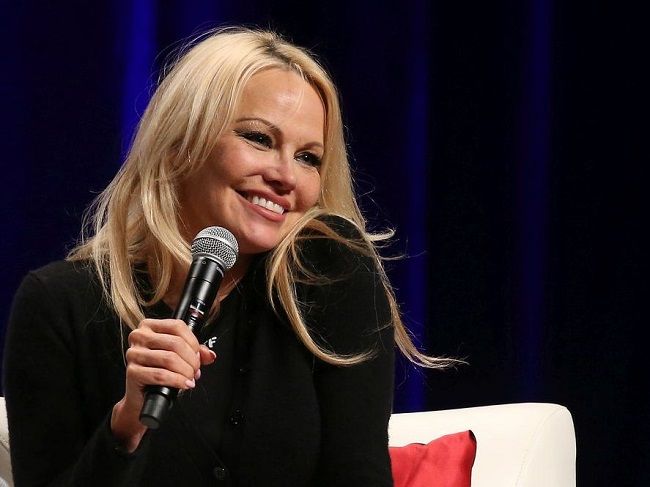 Anderson appeared in the V.I.P television series as the character, Valley Irons which continued for four seasons from 1998 to 2002.  She was praised and recognized for the role of  C.J  Parker in Baywatch. Furthermore, in May 2004, she made headlines by appearing naked on the cover of ‘Playboy magazines and went frequently appeared in other magazines establishing herself as a sex symbol.

In 2004 she became an author by co-writing a book titled ‘Star’ with eric  Shaw Quinn and published a book titled ‘Star Struck’ in 2006. Similarly, She appeared in the documentary series  ‘Pam: Girl on the Loose’ representing her life as an actress, activist model, and sex symbol. Additionally, she appeared on reality TV shows such as ‘Big Brother Australia’, and ‘Big Boss'(the Indian version of Big brothers).

Furthermore, she is also a prominent animal activist, a long-time supporter of animal rights, and had campaigns condemning the commercial fur industry and promoting Veganism through the animal rights organizations people f for the ‘People for the Ethical Treatment of Animals (PETA). She gathered more attention by competing in ‘Dancing with the stars.

As Pamela is a prominent member of the animal protection organization, in 1999, she won the first ‘Linda McCartney Memorial Award’ for animal protectors. Similarly, in 2006, she received a star on Canada’s ‘Walk of fame’ for her contribution as a model and actress. She becomes the second model ever to receive a star.

Regarding her earnings, she has worked in various Tv series as a model, activist, author, and former showgirl. She has a net worth of around $12 million. She has earned much through her career which can fulfill her needs and wants. There is no information regarding the value of her net assets.

Pamela Anderson married Tommy Lee 1995, drummer of the Motley crew, and divorced him in 1998. Together they have two sons. After the operation with Tommy Lee, she married singer kid Rock in 2006 but unfortunately, that marriage also ended. 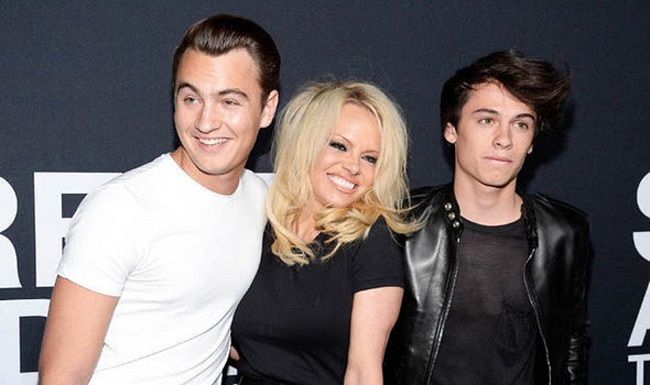 However, She dated Socialite rick and also got married. But it didn’t last long and soon the couple got separated. Similarly, she remarried salmon in 2014 before divorcing him. Furthermore, she dated French Professional football Player Adil Rami.

Talking about her body measurement, Pamela is a beautiful woman. she stands at a height of 5 feet 6 inches tall and weighs 60 kgs. Her body measurement is 39-26-44inches. She has increased her bust size to 34DD. Before she has a Bust size of 34D. her dress size and shoe size are 8(US).