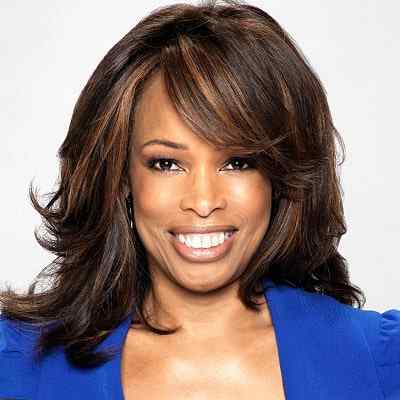 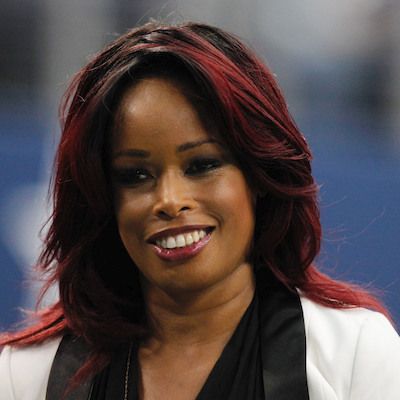 Pam Oliver is an American sportscaster famous for her three-decade of work on the National Basketball Association and National Football League games.

Pam Oliver is an American Sportscaster who was born (61 years) on March 10, 1961, in Dallas, Texas, United State. Her full name is Pamela Oliver. She is an NBA and NLF announcer. Her father’s name is John Oliver and her mother’s name is Mary Oliver. Likewise, her father was a master sergeant in the U.S. Air Force and her mother worked in the home, caring for young Pam and her two sisters. She belongs to African- American ethnicity and her religion are not known yet. Her Zodiac sign is Pisces.

Pam discovered her athletic abilities while attending elementary school in the Arlington Park section of Dallas. Joining a track meet on the school’s dirt oval, she won all three of the races she entered and began her career as an athlete. Her father had played football both in college and in the Air Force, and Pam began watching sports on television with her dad when she was still a little girl. When she was in high school, Oliver’s family moved to the town of Niceville at the western end of the Florida panhandle. 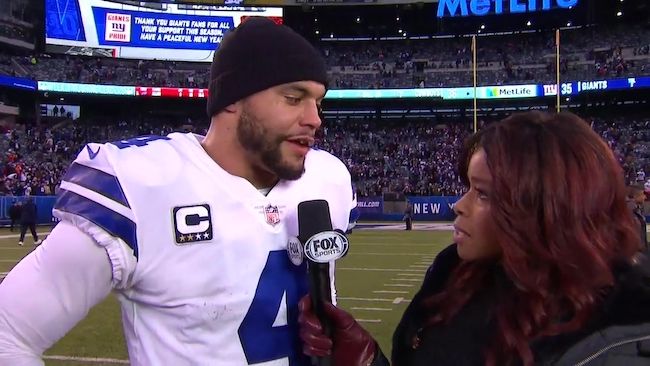 At Niceville High School, she excelled in track, basketball, and tennis, performing so well in the track that she earned a sports scholarship to Florida Agricultural and Mechanical University (FAMU) in Tallahassee. Even as a child, Oliver preferred watching sports and news programs to children’s shows on TV. “I was a television news junkie. I would plan everything around the news,” she told YSB.

By age three, Oliver had envisioned herself in a successful career, rather than in the more traditional role of wife and mother. She had seen both of her sisters marry after high school and determined that she would go to college. She was especially interested in becoming a reporter because those she’d seen on television seemed “cool,” as she commented to YSB. Pam Oliver chose to attend FAMU, founded on October 3, 1887, as the State Normal College for Colored Students, because it was a historically black college.

After a childhood isolated by the constant moving required by her father’s military career and graduating from the largely white Niceville High School, Oliver wanted to attend a predominantly black college. As she told Ernie Suggs in the September 30, 2002, Knight-Ridder/Tribune article, “I needed a genuine black experience.” Her early days at FAMU were not easy, however. Oliver’s accent and viewpoint set her apart from those who had been raised within black communities, and she found it hard at first to find friendship and acceptance.

However, she soon began to flourish at FAMU. For her academic career, Oliver chose FAMU’s school of journalism. Her course work was demanding, with an emphasis on excellence in writing and interviewing skills which would become hallmarks of Oliver’s broadcasting career. In sports, she gained a reputation as a winning sprinter, earning All-American status in both the 400-meter and the mile relay.

The record she set during her college career for the 400-meter race still stood unbroken in 2005. Though she qualified for the trials for the U.S. Olympic track team, Oliver gave up her athletic career after she graduated from FAMU. A track career would demand too much time and attention, and Oliver had a career in journalism to build. Immediately after graduation, she took a sales job at a department store cosmetics counter while volunteering as a community affairs reporter at the local public access television station.

Former teachers at FAMU suggested she apply for a job as a news reporter at Albany, Georgia’s WALB-TV. She moved to Georgia after getting the job. For the next eight years, her professional life would resemble her childhood as she moved from city to city, developing her career as a television journalist. She worked as a news reporter and anchor in such varied locations as WAAY-TV in Huntsville, Alabama, WIVB-TV in Buffalo, New York, KHOU-TV in Houston, Texas, and WTVT-TV in Tampa, Florida.

Though the news department had a higher status than the sports department, Oliver wanted to work in sports. This was due in part to her lifelong athletic skill and interest in sports and athletes, but it was also because sports reporting followed a regular schedule. News events, on the other hand, were unpredictable, and news reporters worked long and irregular hours.

Everywhere Oliver worked, she volunteered to help in the sports department. She often created her own stories on topics that interested her. Finally, the manager of WTVT-TV in Tampa offered her a job in sports, even though many thought it was a step down from her work on the news. She continued to work the sports desk at her next job, at Houston’s KHOU-TV.

It was there she attracted the notice of the national cable sports network, ESPN. ESPN hired her as a sportscaster in 1993. In 1995, Oliver’s career took another leap forward when she was hired by Fox Sports, another national cable sports network. Working for the Atlanta-based station, she continued her excellence in sports broadcasting, anchoring Southern Sports Report and Southern Sports Tonight, as well as appearing as sideline anchors for all National Football League (NFL) broadcasts.

In 2005 she reported on the sidelines for the National Basketball Association Playoffs. She has a thorough knowledge of the game, respect for the players, and sharp interviewing skills. These have led experts like Rudy Mortzke to rate her as one of the top female sports broadcasters. In addition to her regular duties of covering games and conducting pre and post-game interviews, Oliver has created feature programs, highlighting the human side of sports and providing touching insights into the athlete’s lives.

Always seeking excellence and authenticity, she writes her scripts for these acclaimed features. Oliver drew the attention of Los Angeles Times sports columnist Larry Stewart. It’s precisely due to the way she interviewed. It was about an interview that Oliver conducted in 2003. He also added “It was the questions Oliver asked and how she asked them—tough and to the point, but not offensive. It was how Oliver listened to what the [interviewee] was saying and how she responded.”

Oliver did not dwell on her differences from the white male majority of sportscasters. Neither does she accept disrespect and discrimination. More than once she has responded sharply to condescending and insulting comments from athletes and other reporters. But she expected professionalism and respect from her colleagues and offered them the same high standards in return.

As she told Essence, “I’ve been at this long enough that the players know I’m serious about what I do. I’ve never once heard it said to my face, ‘Oh, she’s cute so I’ll talk to her.’ You prove that you know your stuff, and everything else falls into place.” 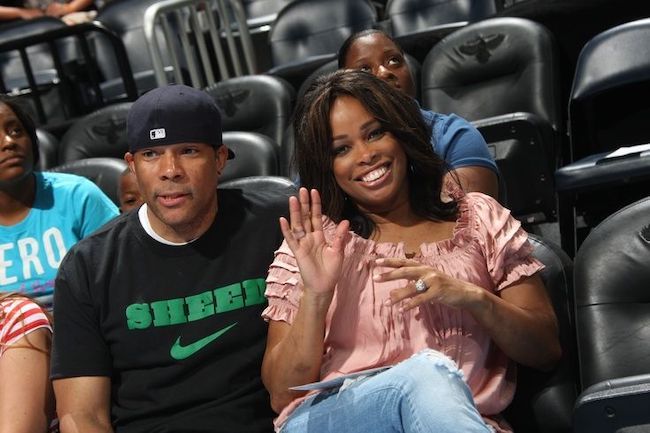 Oliver married TV producer Alvin Whitney in 1990. They have a happy life but haven’t any children yet.

Pamela has an estimated net worth of around $4 million. However, she earns an annual salary of $1 million,  according to the sources and there is no information about her cars, house, and other assets. 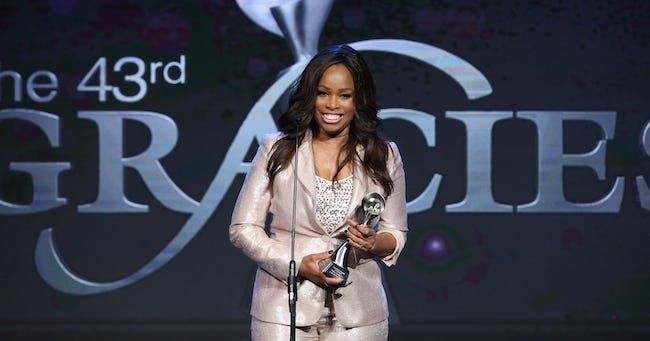 Ebony awards her an “Outstanding Women in Journalism” in 2004. Moreover, she has won Gracie Awards from Alliance for Women in Media Foundation. It was for her contribution to the field of sports.

She has no social media accounts.