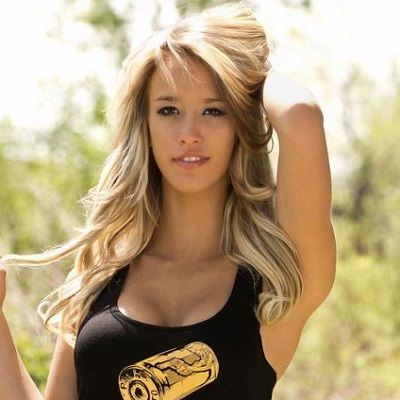 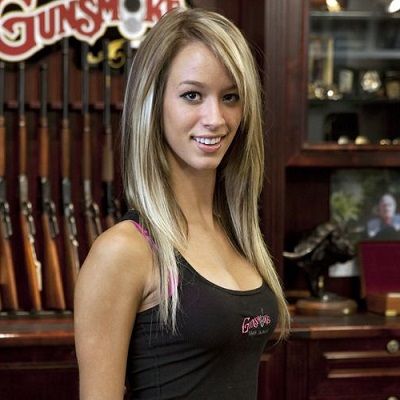 Paige Wyatt is an American Reality star who was featured on the TV show American Guns. Paige Wyatt is also an entrepreneur who owns her own clothing line and gun collections to sell.

Born under the zodiac sign of Scorpio in the year 1994, Paige celebrates her birthday every year on October 30. She was born in Colorado USA with the birth name PaigeGrewcock.

Her mother’s name is Renee Wyatt she remarried while she was still very young. Thus there is no information regarding her biological father.

She has a brother named Kurt. Both of them were brought up by her mother and stepfather Rich Wyatt, who is a well know gunsmith. He ran the gun store, Gunsmoke, where Renee worked as a business manager.

Moreover, she and her brother Kurt also worked in the store as sales assistants. Besides, the four of them, she has two half-brothers. The older one, Brook was born in 2006 whereas the younger one, Ginger was born in 2009. 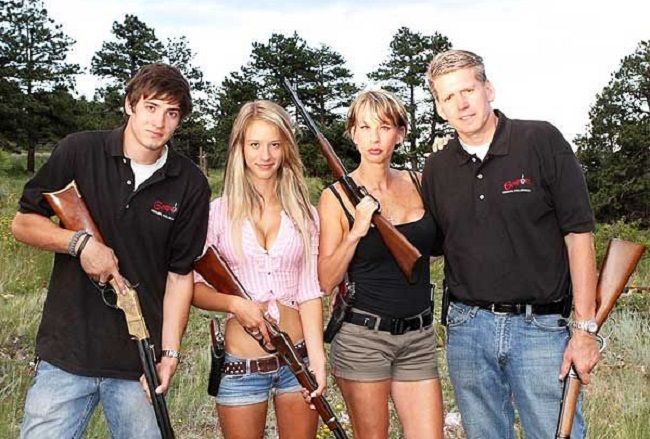 Wyatt is an independent girl who has not only help flourish her family business but also successfully started her own clothing line. At the age of 15, the Colorado native has accumulated a net worth of $1 million. Besides, sources estimate, she has an annual income of around $250k.

At the age of 24, Paige married her long-term boyfriend Pete Hargis on May 9, 2019. Pete is an A2Z Sports Training organizer. The two first met in Vegas at OMNIA Nightclub. Pete asked her for a date on their first meet, but she rejected him because she had to go to Boston.

But as the saying goes, matches are made in heaven, the couple met again over phone text. Eventually, in 2015, Pete proposed to his sweetheart in Vancouver, British Columbia.

She who loved him to all her heart accepted the proposal in no time. Later in 2018, the couple got engaged. The pair have been happily together ever since.

Growing up surrounded by guns, Paige was always fascinated by her family business. She learned about the store and guns at a young age and subsequently joined the business. She started as a sales associate and later engaged in-store operations.

The family and the store rose to fame when they were picked by the Discovery channel to develop a reality TV show.  The American Reality show, the American Guns aired in 2011. She made her appearance in the show with its premiere on October 10.

The show became a hit overnight with over a million views for every episode. Moreover, it even made it to season two which gained even higher ratings. The entire Wyatt family gained popularity for its thriving business of selling guns and the reality show.

However, the business came to an end when Rich was arrested and charged with tax fraud, and handling illegal firearms. Consequently, season two also came to an end.

Apart from her family business, she owns her personal clothing line. She is associated with the organization Hughware which deals with women’s tanks and men’s t-shirts.

Similarly, she has a personal website Everythingwyatt.com, where she sells her merchandise and gun collections. Furthermore, she aspires to become a model and actress in the future.

Talking about her social media reach, she was very active in the past. A lot of people who admired her followed her accounts. However, she seems to have been distancing herself from social media sites. Currently, she has even deactivated her Instagram account.

Moreover, she does not seem active on Facebook or Twitter. Maybe she is trying to enjoy her real moments with family and friends. Nevertheless, there are several fan accounts under her name that share her photos.

Paige who is a fitness freak has maintained a slim and toned body. Her body physique and height of 5′ 7″ go perfectly for modeling. Moreover, she has blond hair and beautiful Hazel eyes. All these aspects apps up to her beauty making her an extremely attractive woman. 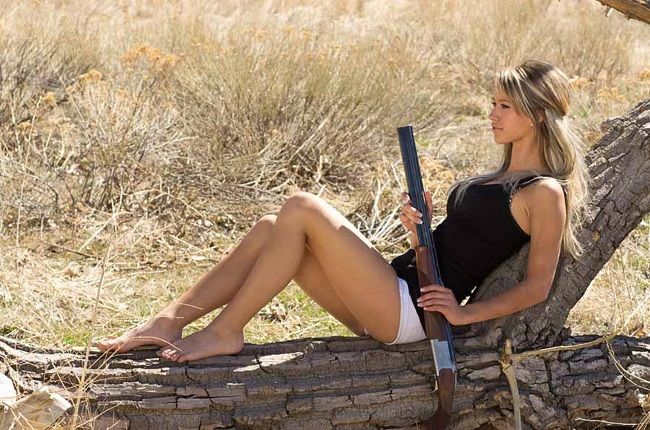