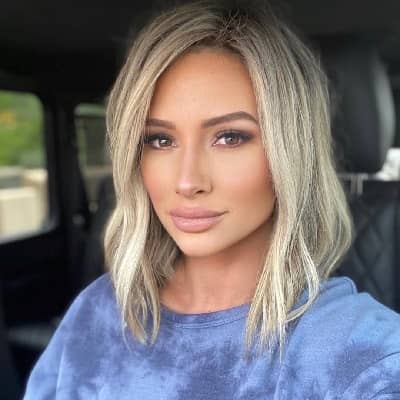 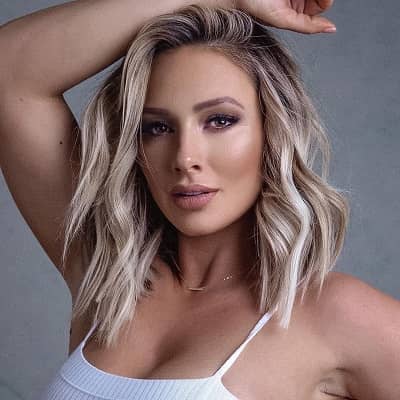 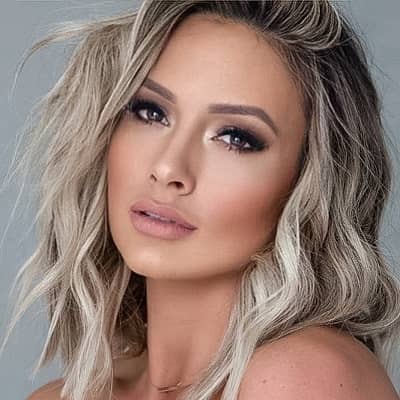 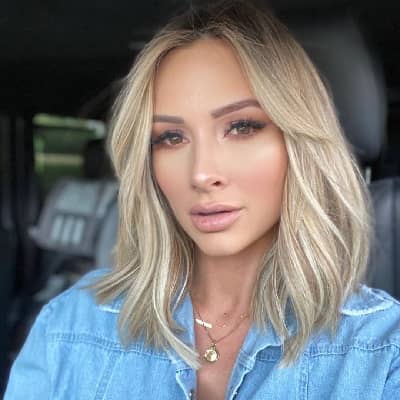 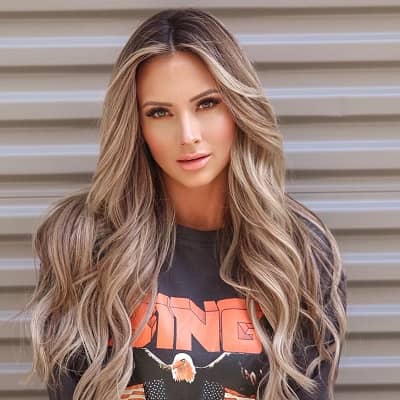 Paige Hathaway is an American fitness cover model, fitness instructor, entrepreneur, and social media star. Paige Hathaway is best known for her fitness and motivational content posted to her Instagram account as well as her self-titled YouTube channel.

Moreover, she lived in a trailer with an alcoholic father, surviving off food stamps. Further, her parents eventually divorced, and the 4-year-old suddenly found herself in the middle of a custody battle.

She and her mother lived in a trailer and survived on government aid. Moreover, her mother, disobeying a stay order, fled to Texas with her to be with someone she met online.

Police eventually tracked them down and handed them over to her paternal grandmother.

She even spent some time in foster care and was raised by some of her other relatives. After her 16th birthday, she moved out to live on her own and settled in the state of Oklahoma.

More about her early life

As soon as she was old enough, she worked several jobs to fund herself through college.

Even as a student she had a passion for working out and would train in the university gym on campus whenever she could. However, she had never paid any attention to her diet.

Further, she had always been very thin with hardly any muscle tone growing up.

Although she’d been playing soccer and keeping active throughout college, nutrition had never been a priority. She started to accept that being too thin was just as bad as being overweight.

She became unhappy with her physique and found a new desire to be a fit and strong woman. Further, she initially wanted to become a dentist, and eventually earned a degree in sports medicine.

Moreover, she has posted Instagram pictures with her bulldog named Banks. But, she lost him in April 2020. 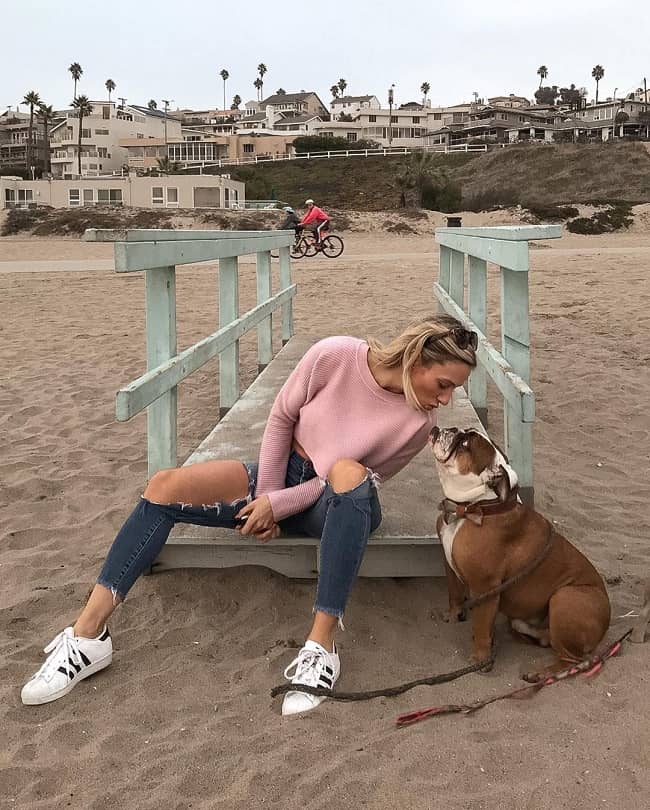 She usually keeps herself on a strict diet to stay lean all year round. Her favorite healthy food is red bell peppers. Paige stands tall at a height of 5 feet 4 inches tall and weighs around 56 kg. 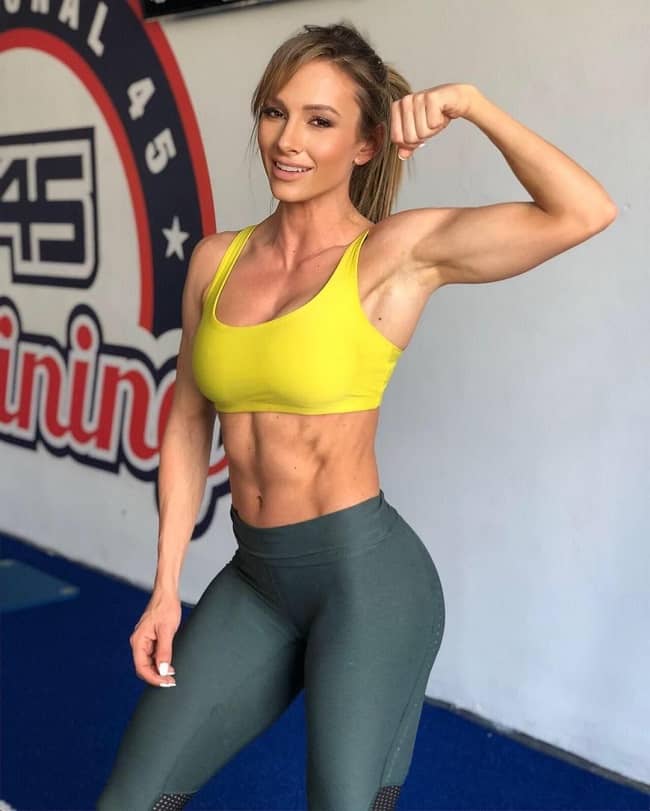 Growing up in Minnesota and becoming an online sensation, Paige has gone from being a small-town girl to a fitness icon.

Therefore, her passion for fitness has led her to compete and become a personal trainer, inspiring others to reach their ambitions.

She started training in 2011 and has become an online sensation, with millions following her fitness journey.

She has been featured in many fitness magazines, such as Women’s Health, and has various Bikini Competitions under her belt.

Later, after being approached by a personal trainer in her gym and told about Bikini competitions, she began properly educating herself on nutrition.

The conversation with the trainer had left her even more motivated to be fit and strong. It wasn’t long until she decided to enter her first show, the Ronnie Coleman Classic. She stepped up her training intensity.

For the next 4 months, she began training and pushing her body more than she had ever trained before.

After months of rigorous preparation, she stepped on the stage of the biggest NPC statewide competition in America.

She didn’t win the first-place prize, but she earned a place on the podium after being placed second. However, it wasn’t just pride that she had taken home from the experience.

She realized just how much exposure she had gained from the competition, and she was hungry for more. She set her sights on inspiring others through social media.

After reaching out to nutrition and bodybuilding companies, she became the face of a supplement company.

She became aware of the power of social media by how quickly her following grew and how many people were supportive of her progress.

Later, she decided to create an Instagram profile in 2015 in an attempt to build a bigger fan base. Almost instantly, she found a mass of followers liking her pictures of her physique and workouts.

With that success, she decided to create a subscription site and become a personal trainer.

Therefore, she creates personalized training and diet plans for her clients, as well as posts pictures and videos on her website to keep her fan base happy. 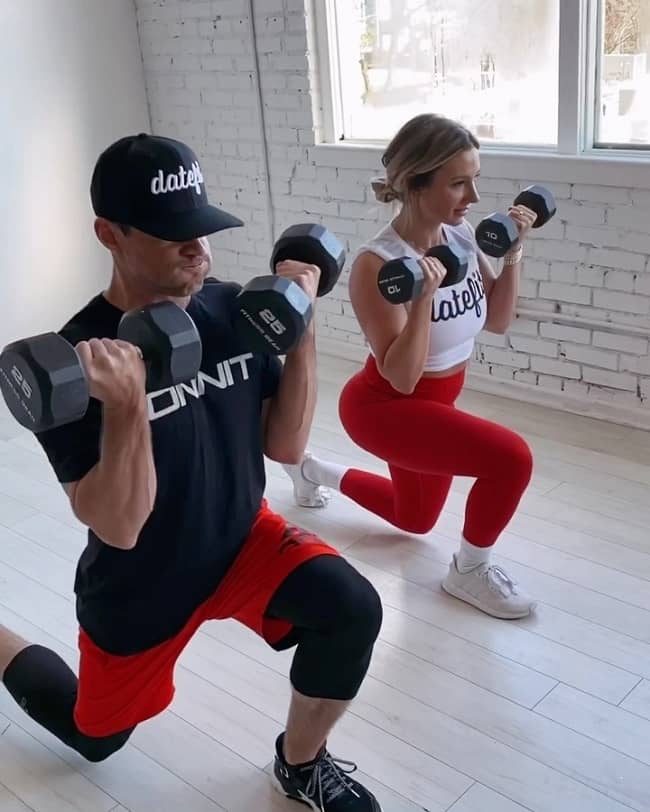 While her ambition and hard work helped her achieve success, success also brought criticism and negativity.

It is easy to see from the comments on her social media profiles how many people’s lives she has affected positively, but it is also impossible to ignore comments like “women should not have muscles”.

However, she knows better, and as such, she has learned to ignore hateful comments.

The former ‘Bachelorette star, Chase McNary, revealed that he is currently seeing Paige Hathaway in March 2017.

While he didn’t mention her name at first, as it was only a budding relationship, his fans were quick to piece together evidence found on his social media accounts to deduce it was she, which he confirmed eventually.

However, as of now, she is in a relationship with Jason Moritz Sebastian. They have a baby girl who came to this world on 9/13/2019.

Her name is Presley Sebastian. Her parents have made the baby girl her own Instagram account and have earned over 8K followers.

On July 20, this small and happy family went on their first family vacation in Seaside, Florida. Further, on June 7, 2019, Jason proposed to her for marriage and she said YES! 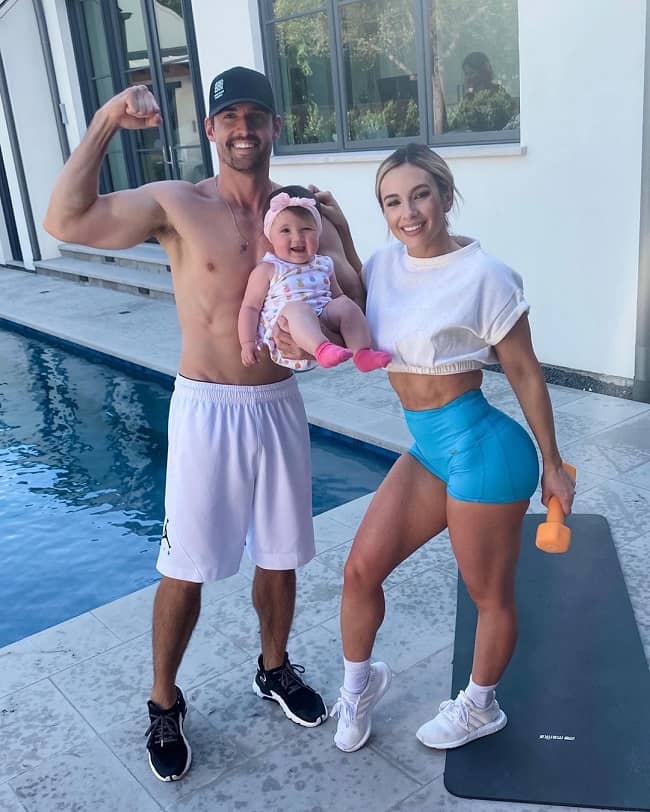 Caption: Paige Hathaway clicking a photo with her kid and boyfriend. Source: Instagram

Similarly, her official Facebook page has earned over 5.6 million followers. And her self-titled YouTube channel has gathered over 136K subscribers.