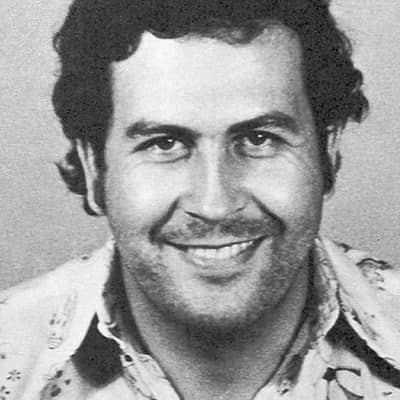 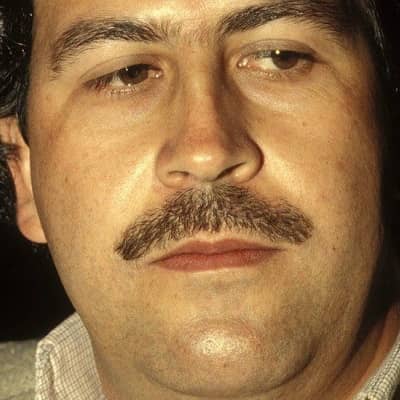 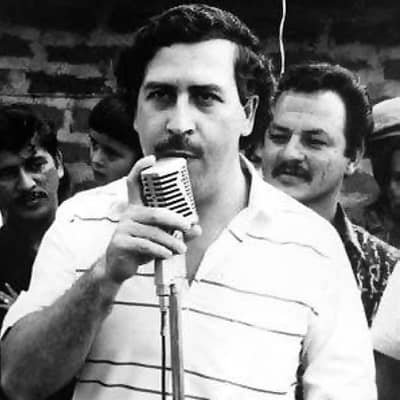 Pablo Escobar was a Colombian drug dealer and narcoterrotist. Medellin Cartel was founded and leaded by Pablo Escobar.

On December 1, 1949, Pablo Emilio Escobar Gaviria was born in Rionegro, Colombia. He was born to his father Abel de Jesus Dari Escobar and his mother Hermilda Gaviria. Emilio’s father was a farmer and his mother was a school teacher. Additionally, she was their 3rd child among seven. He has a brother named Roberto Escobar and others’ name is not revealed.

For a short period, he attended the University Autonoma Latinoamericana of Medellin. He was involved in criminal activities as a teen. Thus, he used to steal gravestones and sell them to smugglers after sanding them. At the age of 22, he had the desire to become a millionaire. Later, he also kidnapped Medellin executives to earn money.

As an accountant, all the money earned by Pablo was tracked by Roberto. He started working and 10% of the money was stored in their warehouse.  In the 1970s, Pablo Escobar  entered the drug trade. And, also developed his cocaine operation in 1975. For smuggling the drugs to the US, he used to fly a plane. 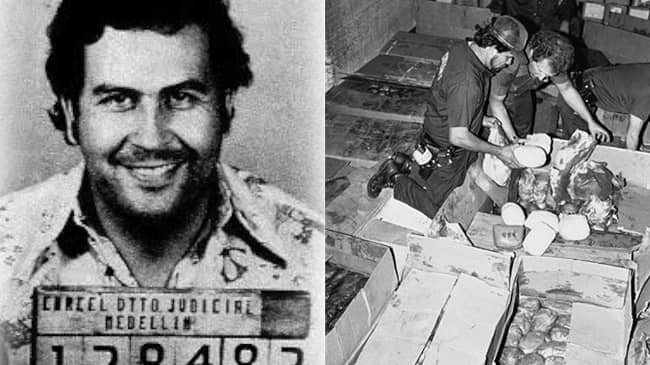 Caption: Pablo Escobar after the investigation and arrested by police. Source( History of Yesterday)

In 1975, after finding a heavy load he and his men were arrested. Additionally, he failed in an attempt to bribe the judges of his case. Previously, he used to smuggle cocaine in old tires of planes. And, the pilot also received a hefty amount of money. Similarly, this point remained the main route of smuggling for the Medellin Cartel’, between 1978 and 1982.

He earned a lot and purchased 7.7 square miles of land which includes his estate ‘Hacienda Napoles. Also, he employed two remote-controlled submarines to smuggle cocaine. In 1982, he was elected to the Chamber of Representatives by the Colombian Liberal Party. Hence, he became famous worldwide and his network expanded and gained notoriety.

Thus, the ‘Medellin Cartel’ controlled drug trafficking covering. Later, his policy to deal with the Colombian system encompassed intimidation and corruption.  Thus, it means ‘silver or leads’ in his dictionary. Additionally, it meant either accepting ‘money’ or facing ‘bullets’. His criminal activities included killing the people also.

Likewise, he has developed multi-sports courts, football fields, and children’s football teams. But, he was successful in creating goodwill among the poor people. Also, he built building schools, churches, and hospitals in western Colombia. Likewise, he also donated money for housing projects for the poor. He became very powerful and other drug smugglers gave away their profits to him for smooth shipment.

Additionally, in 1991, he surrendered to the Colombian government. In July 1992,  the govt tried to shit him to conventional jail, after finding that he was operating his criminal activities. However, he made a timely escape after he came to know of such a plan through his influence. In 1992, the U.S. Operations Command and Centra Spike started hunting him jointly.

In March 1976, Pablo Escobar married Maria Victoria. Later, they had 2 children named Juan Sebastian Marroquin Santos and Manuela Escobar. Thus, he was found from his hiding, on December 2, 1993. He was on a manhunt for 15 months by Search Bloc and Los Pepes. The Colombian National Police shot him Moreover, it is still a mystery who shot him in the head. But, their relative of his believes that he shot himself to death. 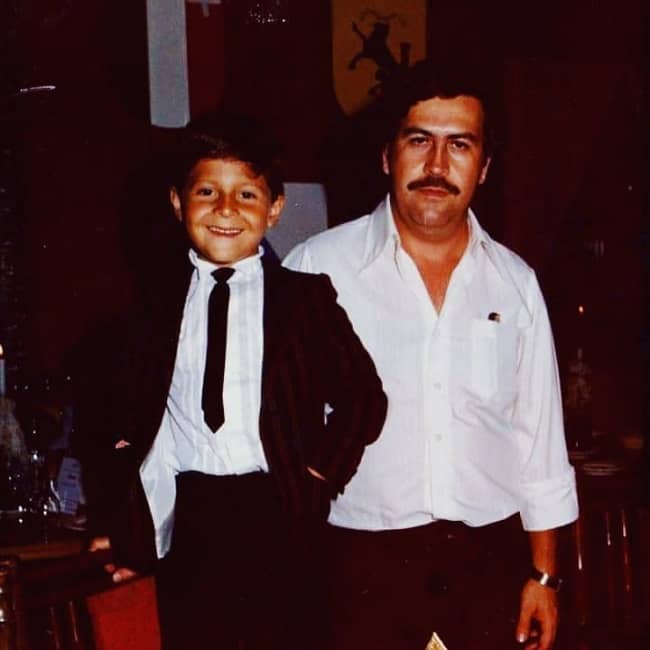 Pablo Escobar has black eye color and black hair color. He was last and good-looking. Pablo was not active on any social media platforms.