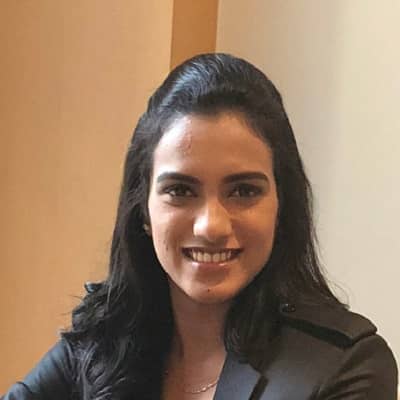 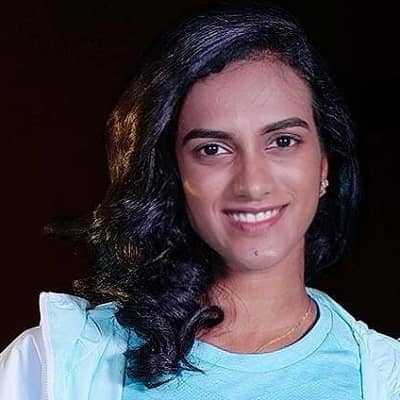 P.V Sindhu is a professional badminton player. Similarly, P.V Sindhu was the first and the youngest player from India to win a silver medal at the Olympics.

Her full name is Pusarla Venkata Sindhu. She was born on July 5, 1995. As of 2022, she is 26 years old. Likewise, Pusarla was born in Hyderabad, India. She was born to athlete parentsP.V. Ramana( Father) and P.Vijaya(Mother). Both of Pusarla’s parents were sportspeople during their time.

Her mother and father were national-level volleyball players. In fact, her father Ramana was a member of India’s national volleyball team. He even helped India win the bronze medal in the 1986 South Asian Games. Moreover, she also has a sister of her own whose name is P.V Divya. Her sister was also a national-level handball player.

However, later she discontinued as she was not really interested in building a career as a professional player. She switched to the medical line and chose to become a doctor instead. On the other hand, Pusarla was intrigued by badminton at a very young age. Growing up in a family full of talented athletes, she picked up the interest in sports while she was still a kid. Moreover, she started to play badminton when she was 6 years old. 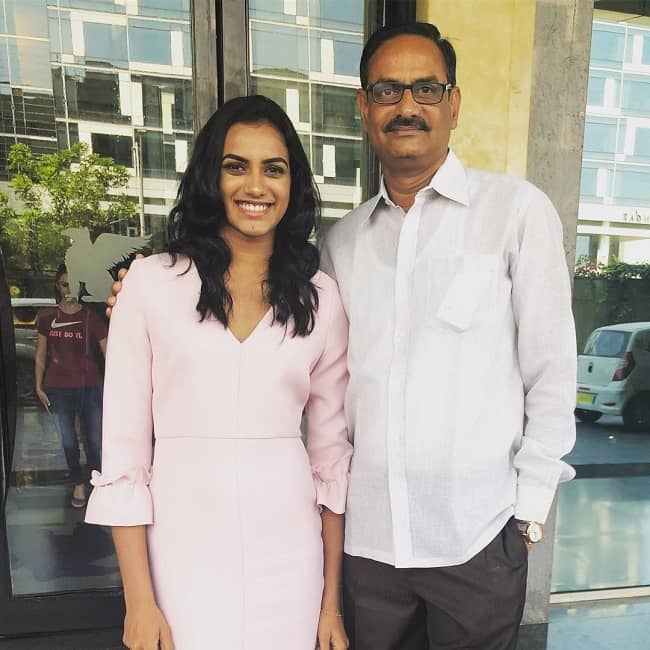 Caption: A photo of Pusarla and her father. Source: Instagram

She attended Auxilium High School which was located in Hyderabad and graduated from there. Similarly, for her higher studies, Pusarla went to St. Ann’s College for Women. However, there are no details of the courses she took up during her college years.

She paved the way for herself when she was around 7 years old. In the year 2004, she won her first doubles title at the 5th Servo All India championship and the Ambujha Cement All India tournament (under 10). At that time, she was playing under the guidance of Pullela Gopichand. Likewise, she also helped her under-14 team win at the 51st National School Games in India. Pusarla officially entered the global circuit when she turned 14 years old.

She played with sportsmanship and her moves during the game were skillful. Regardless of her age, she played exceptionally well. Even during the starting years of her international career, she played brilliantly and won many medals. Likewise, her career started to take new heights after she won a bronze medal at the 2009-Sub Junior Asian Badminton Championships in Colombo.

Pusarla kept on improving with every game. The following year, she won a silver medal in the singles category at Iran Fajr International Badminton Challenge.  In 2012, she won the Asia Youth Under 19 championship as well. Over the years, she has represented India in different games and never failed to make her country and her people proud. Her game spirit is commendable and so is her dedication to the sport. Similarly, she has participated in many national and international games throughout her career as a professional badminton player. 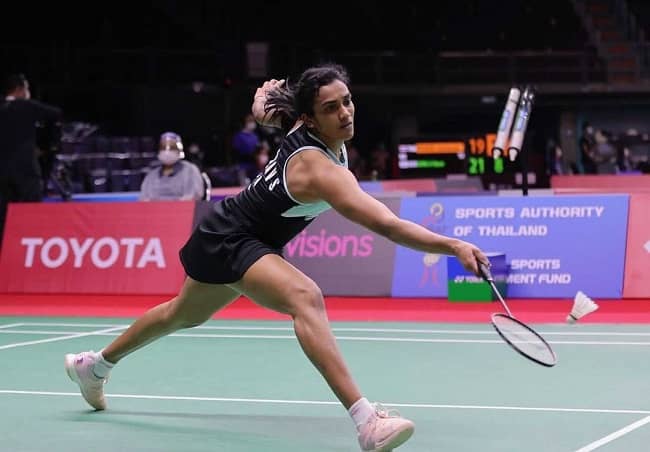 Caption: A photo of Pusarla during a game. Source; Instagram

Although it wasn’t always a victory for Pusarla she never gave up. She has worked incredibly hard to reach where she is today. The 26-years-old has won a bronze and a silver for India in two Olympics games. She has also participated in international competitions like ‘BWF World Championships’, ‘Asian Games’, ‘Commonwealth Games, and the list goes on. Although she does not always win a medal for her country, she never fails to impress her fans and audience with her gameplay.

Pusarla was included in the list of highest-paid female athletes by Forbes for 2 consecutive years in 2018 and 2019. The Indian badminton player has a total net worth of around $10 million. In the year 2019, she was paid around $5.5 million US dollars. She lives a very simple life. She most likely owns a house of her own. However, the professional badminton player hasn’t disclosed the details of the sum she is paid per game.

She is most likely single at the moment. The badminton player is very busy with her career for now. Pusarla is not in a relationship with anybody. She is more focused on winning as many games and medals as possible. Similarly, in the past as well there are no records of her dating anybody. She is just 26 years old and will get plenty of opportunities to date people if she is actually interested in the future.

Pusarla is quite tall. She stands at a height of 5 feet and 10 inches. Since she is a professional badminton player, she stays fit all the time. She is bound to take good care of her body both mentally and physically. Moreover, Pusarla exercises on a daily basis to boost her stamina and maintain her fitness. The 26-years-old player has dark brown eyes and black hair. 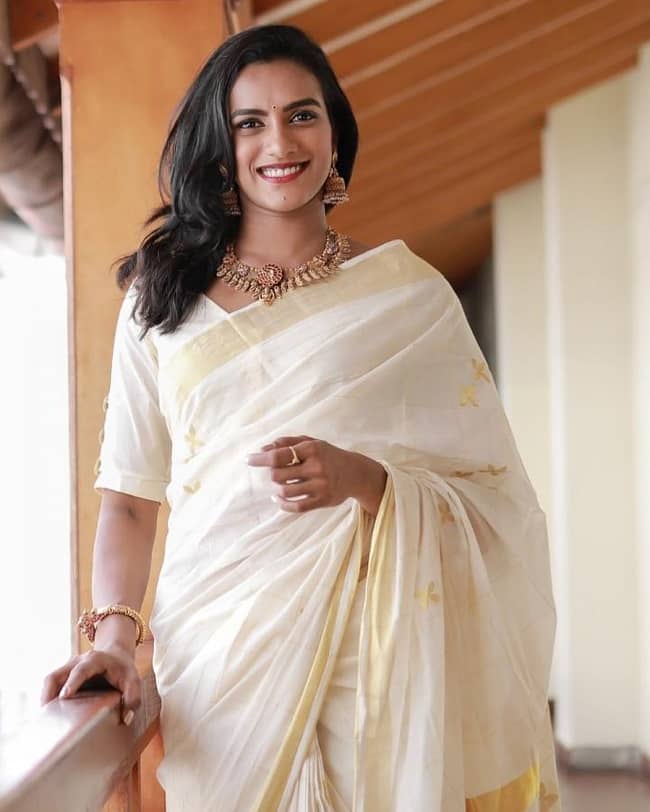 Caption: A beautiful picture of Pusarla in saree. Source: Instagram