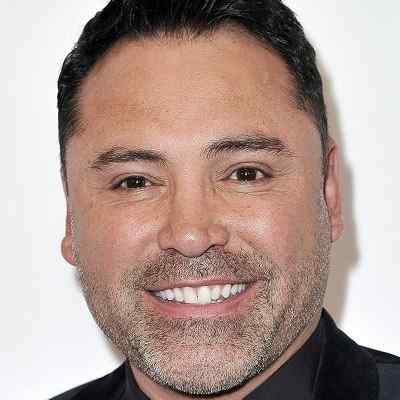 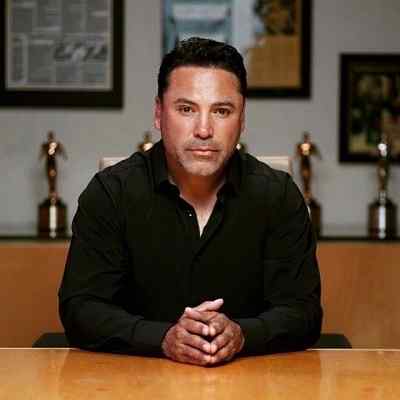 Oscar De La Hoya is an American Boxer. Oscar De La Hoya is popular as “The Golden Boy” who compiled a record of 39-6 and won a gold medal at the 1992 Olympics. He also was able to defeat 17 world champions over the course of his career.

Oscar De La Hoya was born on February 4, 1973, in East Los Angeles, California, USA. He is 49 years old and is under the astrological sign, Aquarius. He holds American nationality.

Regarding Oscar’s educational background and qualifications, he went on to graduate from Garfield High School in East Los Angeles, California in the year 1991. 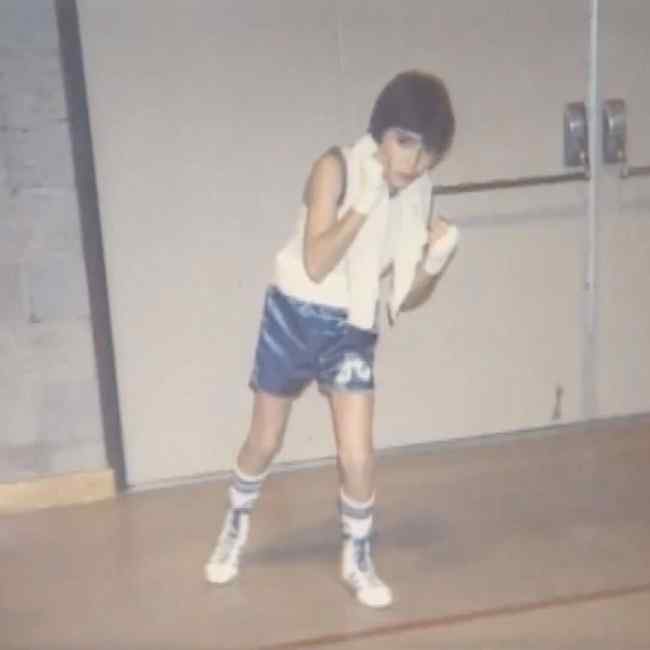 He then was scheduled to fight Jesús Vidal Concepción in a ten-round junior lightweight bout on December 9, 1993. The match was televised by ESPN’s “Thursday Night Fights” at the Paramount Theatre in New York City. And, in his twelfth professional fight, he was able to win his first world title when he was 20 years old. Then, in July of the year 1994, he was able to knock out Jorge Páez (53–6–4) in the second round to win the vacant WBO lightweight title. Moreover, he went on to fight Mexican legend Julio César Chávez (96–1–1) for the lineal and WBC light welterweight championship on June 7, 1996.

Oscar De La Hoya was able to move up to the welterweight division in the year 1997. He was able to fight Pernell Whitaker (40–1–1) and the fight proved to be a difficult one. And, after seven defenses of his lineal and WBC welterweight titles, he went on to fight rival and IBF Champion Félix Trinidad (35–0) on September 18, 1999. Their fight was one of the biggest pay-per-view events in history, setting a record for a non-heavyweight fight. Moreover, the WBC even awarded him, its welterweight title after Trinidad vacated it.

Oscar was able to move up to light-middleweight, challenging the lineal and WBC champion Javier Castillejo. He then won the fight, winning almost every round. Then, in the year 2001, it was announced that he would return to the Grand Olympic Auditorium where he was able to win his first title to defend his WBC light middleweight championship.

However, they canceled the match because De La Hoya had medical issues. He was able to fight for 15 months. He then went on to challenge Felix Sturm (20–0) for the WBO middleweight title. After the match, the judges awarded him a unanimous decision. This made him become the first boxer in history to win world titles in six different weight divisions. Likewise, Oscar took a layoff of 20 months before signing to fight WBC light middleweight titleholder Ricardo Mayorga (27–5–1).

He was able to knock him out in the sixth round to take his tenth world title. Also, in early 2007, he signed to defend his title against WBC welterweight champion Floyd Mayweather, Jr. (37–0–0).  Then, again in December 2008, he was able to face Manny Pacquiao (47–3–2) at the MGM Grand in Las Vegas. Moreover, he then went on to announce his retirement on April 14, 2009. 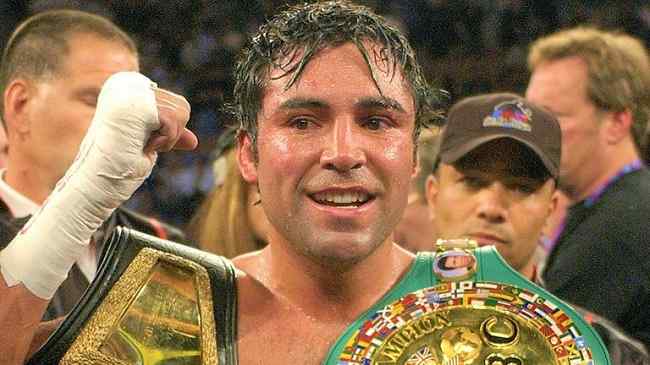 Oscar De La Hoya was reported to be “seriously considering a run for president of the United States” in September 2018. He also appears on the front covers of the PS3, Xbox 360, and PSP versions of EASports’ Fight Night Round 3. Then, in the year 2000, EMI International released Oscar De La Hoya and the self-titled CD is a Latin pop album with 13 tracks in both English and Spanish, written by Diane Warren and the Bee Gees, and received a nomination for a Grammy.

Also, in the year 2004, he was able to debut a line of casual, activewear-inspired apparel, through Mervyn’s department stores. Oscar authorized a children’s picture book, Super Oscar, by Simon & Schuster in the year 2006.

Moreover, he also began a charitable foundation to help educate underprivileged youth. Also, HarperCollins released De La Hoya’s autobiography, American Son: My Story, written by author and Los Angeles Times sportswriter Steve Springer in June 2008. Then, in the year 2014, he became the promoter of the year by Sports Illustrated.

Oscar De La Hoya was accused of rape in the year 1998 when he was 25 years old. Also, in the year 2007, photographs featuring a cross-dressed De La Hoya were posted on a tabloid Web site and received extensive publicity across the Internet. However, he denied the authenticity of the photos.

Likewise, three months prior to the cross-dressing controversy, he had publicly acknowledged that he had a substance abuse problem and has flaws and certain issues to work on. He even underwent treatment for alcoholism and drug and alcohol treatment as well. Moreover, on September 3, 2021, he disclosed that a woman who was 35 years raped him when he was 13 years old.

Oscar De La Hoya started dating actress and Miss USA 1995 titleholder Shanna Moakler in October 1997. They announced their engagement in October 1998 and has a beautiful daughter the following year. However, their relationship abruptly in September 2000 when Moakler saw her fiancee escorting another woman to the show while she was at home. Their separation ended on very bad terms, even going to court.

Likewise, on October 5, 2001, he tied the knot with Millie Corretjer and the couple has three children together. On the other hand, he has two sons from previous relationships as well. However, their relationship also didn’t last and they separated in the year 2016. At present, Oscar is in a relationship with Holly Sonders who is a Journalist and a businesswoman as well. 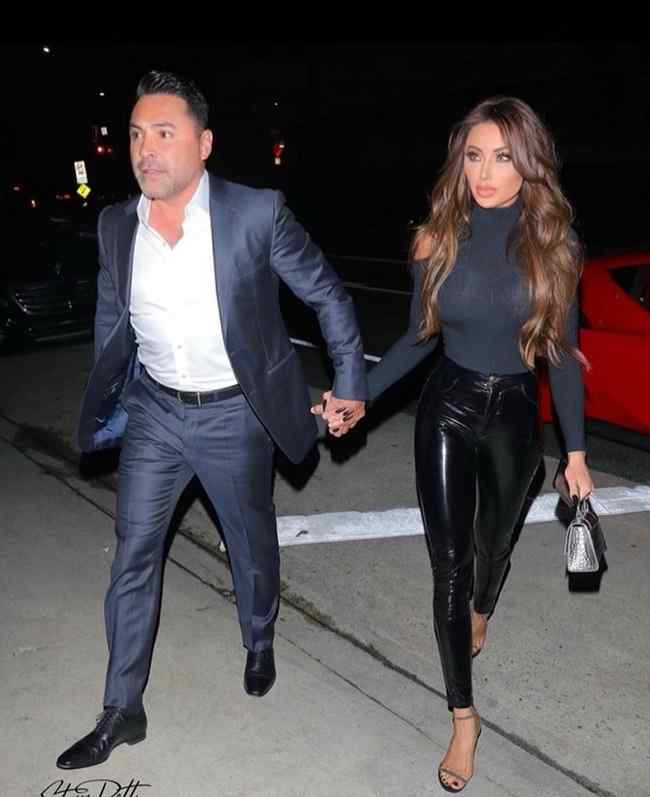 Oscar De La Hoya has a height of 5 feet 10 inches and his weight is 66 Kg but his other body measurements are not available. Moreover, De La Hoya has black hair and dark brown eyes.

Oscar De La Hoya is pretty active on all of his social accounts. He has garnered 960K followers on Instagram and 958.6K followers on Twitter. He even owns a Facebook account and has 397K followers on it.

According to celebritynetworth, Oscar De La Hoya has a net worth of $200 million and his main income source must be his boxing career.