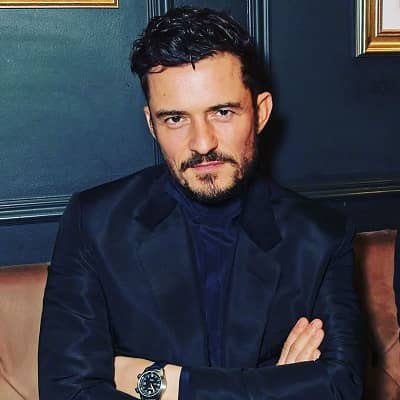 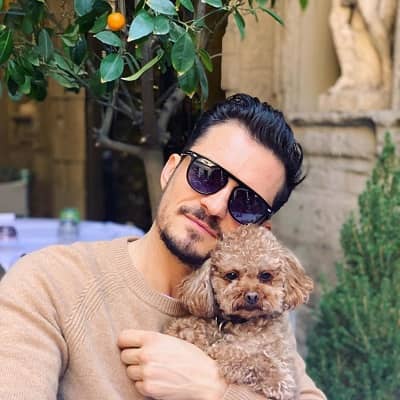 Orlando Bloom is a British actor, popular for his roles in ‘The Lord of the Rings’ and ‘Pirates of the Caribbean’ film series. Apart from his acting career, Bloom has been actively involved in various humanitarian causes and was named a ‘UNICEF Goodwill Ambassador’ in 2009.

Orlando Jonathan Blanchard Bloom is the actor’s full name. The talented actor was born on 13 January 1977, in Canterbury, Kent, United Kingdom, and is 43 years old. He belongs to British nationality and has a Capricon sun sign. His mother Sonia ran a foreign language school. Her husband was the Jewish South African-born anti-Apartheid novelist Harry Saul Bloom, whom Orlando believed to be his father. He also has a sister named Samantha Bloom. At the age of 13 years old, his mother revealed to him that his biological father was Colin Stone, the then-principal of ‘Concorde International language school’. 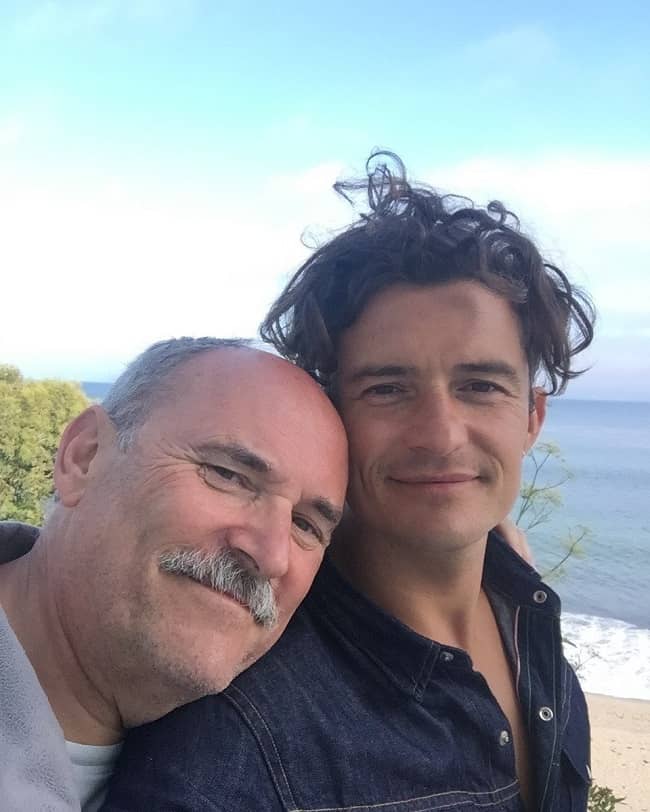 He was raised in the Church of England, and attended ‘St Peter’s Methodist Primary School.’ Later, he went to ‘King’s School’ and then to ‘St Edmund’s School’ in Canterbury. During his childhood, he was discovered to be dyslexic. Orlando Bloom was encouraged to pursue drama and arts by his mother. In 1993, he moved to London to take up a two-year course in drama, photography, and sculpture at ‘Fine Arts College.’ He also enrolled at the ‘National Youth Theatre,’ and earned a scholarship to train at the ‘British American Drama Academy.’ He took up some professional acting projects prior to attending the ‘Guildhall School of Music and Drama’ in London to study acting. He graduated in 1999.

In 2004, he became part of the epic adventure war film ‘Troy,’ starring Brad Pitt and Eric Bana. In 2005, he starred in movies, such as ‘The Kingdom of Heaven’ and ‘Elizabethtown’. He acted in ‘Pirates of the Caribbean: Dead Man’s Chest’ (2006). Similarly, he played the lead role in the film ‘Haven,’ of which he was the executive producer as well. He also made a guest appearance in the sitcom ‘Extras’ during that year. In 2007, Orlando Bloom reprised his role as ‘Will Turner’ in ‘Pirates of the Caribbean: At World’s End.’ At the time, he stated that he would like to take a break from feature films to explore options in theatre.

In the summer of 2007, he appeared in the revival of the play ‘In Celebration’ by David Storey. The same year, he also made his television commercial debut, appearing in a commercial for the multinational personal care company ‘Shiseido.’ In 2008, he played the lead in Johnnie To’s feature film ‘Red Circle.’ The following year, he appeared in the anthology film ‘New York, I Love You.’ The film comprised 12 short stories. Similarly, in 2011, he was in feature films like ‘The Good Doctor’ and ‘The Three Musketeers’.

In 2011, he was in feature films like ‘The Good Doctor’ and ‘The Three Musketeers.’ In 2013 and 2014, he appeared in ‘The Hobbit’ film series. A prequel to ‘The Lord of the Rings’ film trilogy, ‘The Hobbit’ film series includes ‘The Hobbit: The Desolation of Smaug’ (2013) and ‘The Hobbit: The Battle of the Five Armies’ (2014). In 2013, he also made his Broadway debut with the portrayal of ‘Romeo’ in ‘Romeo and Juliet’ at the ‘Richard Rodgers Theatre,’ New York City.

In 2017, he became part of the fifth installment of the ‘Pirates of the Caribbean’ film series – ‘Pirates of the Caribbean: Dead Men Tell No Tales’. The same year, he also played important roles in films like ‘Unlocked,’ ‘Romans,’ and ‘S.M.A.R.T. Chase’. Apart from acting, he has also voiced characters in video games, such as ‘The Lord of the Rings: The Two Towers’ (2002) and ‘The Lord of the Rings: The Return of the King’ (2003). In May 2018, Bloom was cast to play ‘Benjamin D. Keating’ in the war drama film ‘The Outpost’. Based on Jake Tapper’s novel ‘The Outpost: An Untold Story of American Valor,’ the film also stars Scott Eastwood, Caleb Landry Jones, and Milo Gibson in prominent roles. Orlando Bloom is a versatile actor.

Orlando Bloom associated with several organizations for humanitarian causes. Since the early-2000s, he has been a part of the environmental company ‘Global Green’. In 2009, he participated in the Australia Unites’ fundraiser to contribute to the victims of the 2009 Australian bushfires. Also in 2009, he was named a ‘UNICEF Goodwill Ambassador’. He has been supporting the sanitation and education initiatives of ‘UNICEF’ since 2007. In addition, Orlando Bloom practices Buddhism under ‘Soka Gakkai International’. He became a full member of the UK branch of ‘Soka Gakkai International’ in 2004. 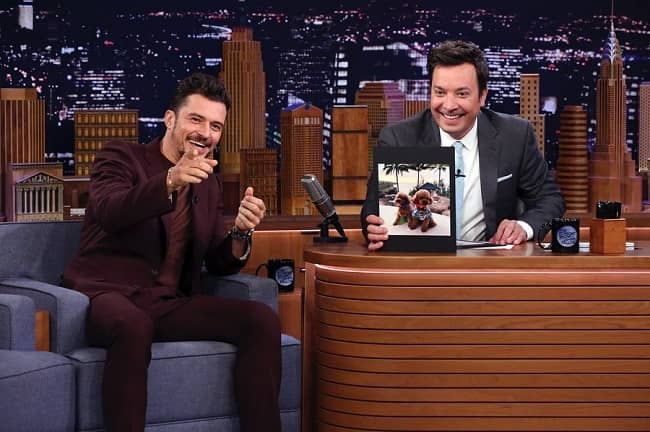 In 2003, he received the ‘Breakthrough Acting – Male’ award at the ‘Hollywood Film Festival’ for his performance in ‘Pirates of the Caribbean: The Curse of the Black Pearl’. Other awards that he received for his performance in this film include ‘Teen Choice Awards’ and ‘MTV Movie Award’ (2004). In 2005, he won the ‘Jameson People’s Choice Award’ for ‘Best European Actor’ for his role in the ‘Kingdom of Heaven’.

He once again won the ‘Teen Choice Award’ under the categories, ‘Choice Liplock’ and ‘Choice Rumble,’ for his performance in ‘Pirates of the Caribbean: Dead Man’s Chest’. In 2007, he won the ‘National Movie Award’ for ‘Best Performance by a Male’ for ‘Pirates of the Caribbean: At World’s End’. His performance also earned him the ‘Teen Choice Award’ for ‘Choice Movie Actor – Drama/Action-Adventure’. ‘The MTV Movie Award’ for ‘Best Fight’ was awarded to him for his role in the film ‘The Hobbit: The Desolation of Smaug’. In 2015, he was honored with the ‘Britannia Humanitarian Award’.

Orlando Bloom has an estimated net worth of USD 40 million. He has been earning this money from his career as a successful actor.

Between 2003 and 2006, he was in an on-again, off-again relationship with Kate Bosworth. In 2007, he began dating model Miranda Kerr. The couple engaged in June 2010 and married a month later. They had a son, whom they named Flynn Christopher Bloom, in January 2011. In 2013, Bloom and Kerr announced that they had parted ways. They eventually got a part in late 2013. In 2016, he started a relationship with singer Katy Perry. However, they parted ways by March 2017. Bloom and Perry got back together in 2018 and got engaged in February 2019. Apart from this, he adopted a black Saluki mix dog from Morocco and named him Sidi. 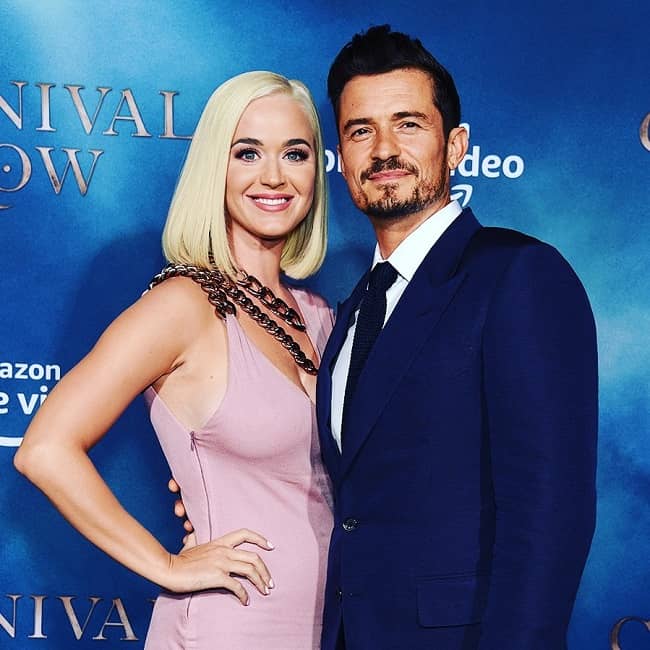 Bloom has undergone several injuries. He bruised his left arm and cracked his skull three times. Then he broke his nose while playing rugby union. Similarly, he broke his right leg skiing in Switzerland. The actor also hurt his left leg in a motorbike crash and broke his right wrist while snowballing. He also smashed his back when he slipped trying to reach a roof terrace of a friend’s house and fell three floors. Similarly, he shattered some ribs while shooting The Lord of the Rings, falling off a horse. Some hooded teenagers broke into Bloom’s house and stole about half a million dollars worth of possessions. Later, Bloom regained it.

Coming to his body measurement, Orlando Bloom is 5 feet 11 inches tall and has a weight of 77 kg. His body measurement is 43-14.5-33 inches. Moreover, he has a pair of dark brown eyes and dark brown hair. As an actor, he has a well-maintained body and health. Furthermore, Orlando has two tattoos on his body. A tattoo of the Sun on his lower left abdomen. Also, a tattoo of the Elvish word ‘nine’ on his right wrist.