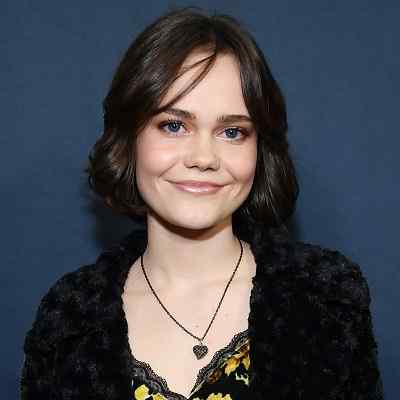 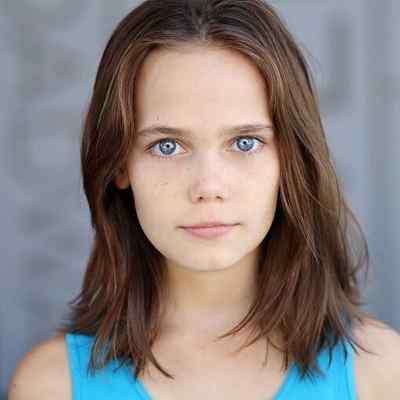 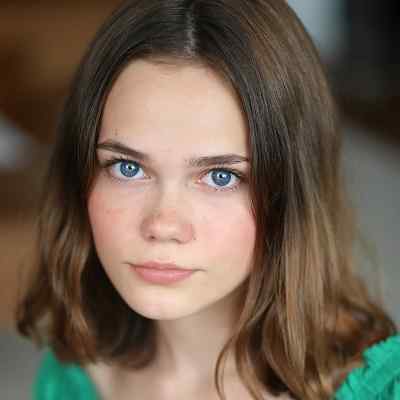 Oona Laurence is an American stage actress. Oona Laurence is famous for originating the role of Matilda Wormwood in Matilda on Broadway alongside Bailey Ryon, Milly Shapiro, and Sophia Gennusa.

Oona Laurence is 18 years old. She was born on August 1, 2002, in New York City, NY. Her astrological sign is Leo. She currently lives in New York City and has two siblings. Her sisters are named Aimée and Jeté. Both siblings are also actresses. She often featured her parents and siblings on her Instagram handles. However, she never mentioned her parent’s names. 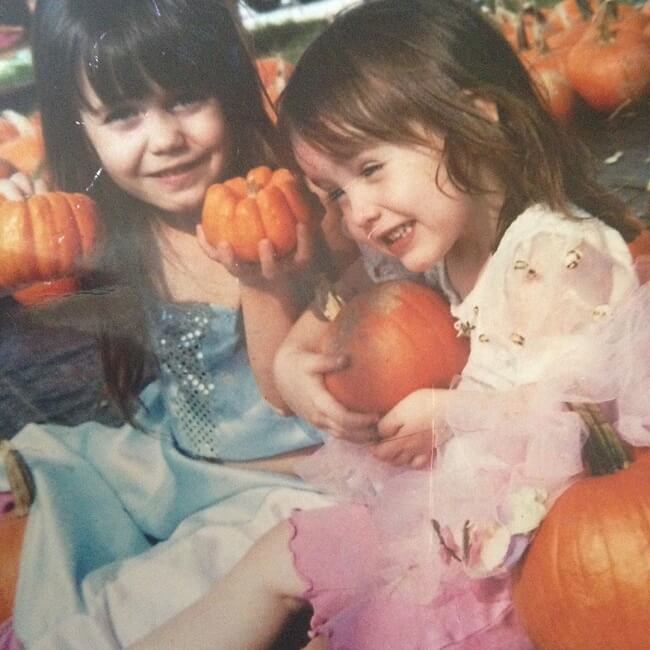 She has spent her childhood in a good environment with her siblings. Looking throughout her age, she might be a high school graduate but has not mentioned her educational qualification. Moreover, she received a dance scholarship to the Harkness Center for Dance.

Talking about her nationality, she holds American nationality but has not mentioned her ethnic background.

Oona Laurence is an American actress who is famous for originating the role of Matilda Wormwood in Matilda on Broadway. She is a New York City-based child actress with her act in several film, theatre, and television. Similarly, she acted alongside Bailey Ryon, Milly Shapiro, and Sophia Gennusa. She started her career as a New York City-based child actress, with credits in film, theatre, and television.

Active as an Actress since 2009, she has also performed in productions of To Kill a Mockingbird and Seussical the Musical. After her appearances in several regional theatre productions and minor roles in short films and television episodes, she auditioned for the new musical Matilda on Broadway in 2012. She landed in the role of Matilda, portraying in the show from March 4 to December 15, 2013.

After Matilda, she landed to film acting appearing in Tumorhead, Damsel, Lamb, A Little Game, The Grief of Others, I Smile Back, and Southpaw, portraying the daughter of Rachel McAdam and Jake Gyllenhaal’s characters.

Similarly, she has also made an appearance on television in Law & Order: Special Victims Unit.  She portrayed the younger version of Taryn Manning’s character in a season three episode of Orange Is the New Black. Also, In 2015, she co-starred with Jake Gyllenhaal and Rachel McAdams in Antoine Fuqua’s Southpaw.

In 2016, she acted as Natalie in the film Pete’s Dragon and appeared as Jane Mitchell, the daughter of Mila Kunis’ character Amy Mitchell, in Bad Moms. In 2017, she co-starred opposite  Kirsten Dunst, Colin Farrell, Nicole Kidman, and Elle Fanning in Sofia Coppola’s The Beguiled. 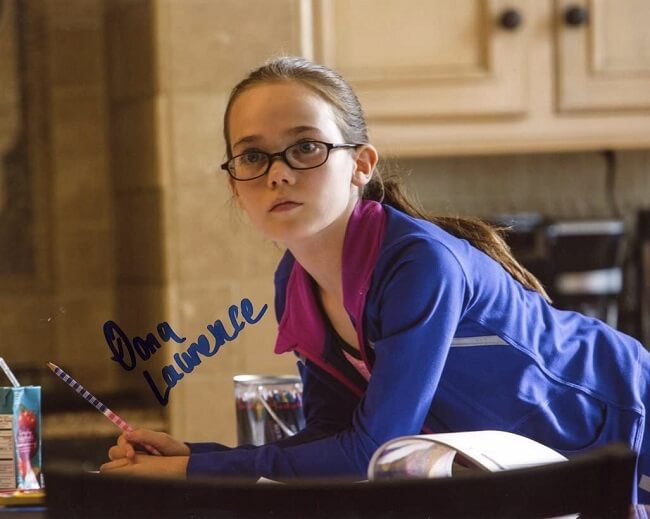 Moreover, she has voiced the character of Hedgehog and other additional characters in the Cartoon Network series Summer Camp Island. She even performed the theme song.

In 2019, she appeared in  Big Time Adolescence in the role of Sophie, and Lost Girls as the role of  Sarra Gilbert in 2020.  Further, she will be appearing in film roles like What We Found as Holly and A Babysitter’s Guide to Monster Hunting in which her character is yet not revealed.

This young talent Oona Laurence has played several films, television, and theatre role which has earned awards and nominations. To date, she has won two awards and got five nominations. In 2013, she won Tony Award in the category of Tony Honors for Excellence in Theatre (shared with Sophia Gennusa, Bailey Ryon, and Milly Shapiro) for Matilda the Musical. In the same years, the theatre act got nominated for Grammy Award for the Best Musical Theater Album.

Moreover, she has won the 2017 Young Artist Award for the Best Performance in a Feature Film – Leading Teen Actress portraying in Pete’s Dragon. Additionally, she has got a nomination for her roles in Lamb as well as Southpaw.

Speaking about her earnings, Oona Laurence has obviously earned a decent sum of money through her several roles. According to tv show star, her estimated net worth is around $500k. However, she has not revealed her exact earnings on the web. Her main source of earning is acting. In such a young age, she has earned good fame through her acting, Moreover, she might also additionally earned through several brand endorsements. With no doubt, she is consuming healthy and lavish life.

Reflecting on Oona Laurence’s relationship status, she is probably single. To date, she has never talked about her love life. Neither she has posted any pictures with guys that suspects to be her boyfriend. More precisely, she has kept her personal life too private. Moreover, there is a record regarding her previous linkups as well. Further, her charm and talents have obviously attracted lots of guys of her age toward her.

Likewise, looking throughout her social media profile, she seems to be very close to her parent, siblings, and her friend and often shares pictures with them. Besides that, there is no record regarding her involvement in any kind of controversy and rumors. She has obtained a good media profile.

This beautiful young actress Oona Laurence has a pair of dazzling blue eyes and has light brown hair. She stands a height of 5 feet 3 inches tall and weighs around 48 kg. Other than that, the information regarding her shoe size, dress size, bra size, etc, all are unavailable at the moment. 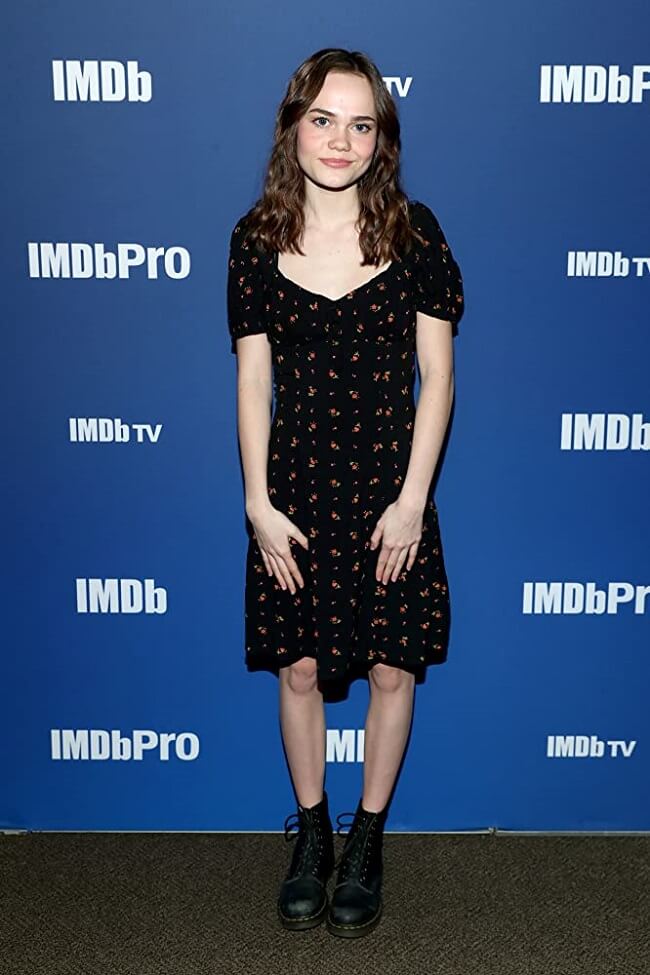 Caption: Oona Laurence posing for a photo in an event (Source:IMDb)